He was the least likely movie star because he was ordinary looking; he looked like one of us. No movie star good looks, but a short, ordinary little guy who was remarkably unremarkable, yet who would become one of the greatest actors in film history. Dustin Hoffman was intelligent, did extraordinary amounts of research, and became the character as opposed to just acting it. It was essential for him to inhabit the soul and skin of whoever he was portraying, to slip into their skin and not act them, but to become them. That’s why many of the Dustin Hoffman movies are remembered till this day.

His greatest achievement was becoming a woman in ‘Tootsie’ (1982), a brilliant farce set in the worlds of acting, theater and television. As someone who has lived in those worlds, I can say with absolute confidence that the film nailed it. But what was shocking was that, though we knew Hoffman was playing an actor who was pretending to be a woman to get work, we did not expect to accept this woman as a flesh and blood character; we lost the actor, we lost Hoffman, and we gained Dorothy. It is a miraculous performance that richly deserved another Oscar for him but instead the Academy chose to celebrate ‘Gandhi’ instead (1982). Through the course of his impressive career, Hoffman has won two Oscars, one deserved, one not, been nominated for five others, and should have had at least two further nominations.

He has always been at his best when playing a somewhat mean and nasty character, someone who does not play well with others. Yet he can have a sweetness we cannot ignore, a sadness and sense of melancholy we understand and even appreciate. In so many instances, Hoffman is an everyday man, he is you and I. Perhaps that is why we connect to him and his characters, because they, like us are flawed. Yet they evolve, they grow, often right before our eyes.

Hoffman has not given a great performance since 1997, yet remains active in film. He was terrific as the old perfume expert in ‘Perfume’ (2006), and outstanding as the literature professor in a ‘Stranger Than Fiction’ (2006). He spent a season as a former mobster on HBO’s ‘Luck’, and was superb, but sadly it was not renewed. You will not find ‘Rain Man’ (1988) on this list, nor ‘Hook’ (1991), this is after all about his best. With that said, here is the list of top Dustin Hoffman films selected from his impressive filmography. You can also watch some of these best Dustin Hoffman movies on Netflix or Hulu or Amazon Prime. 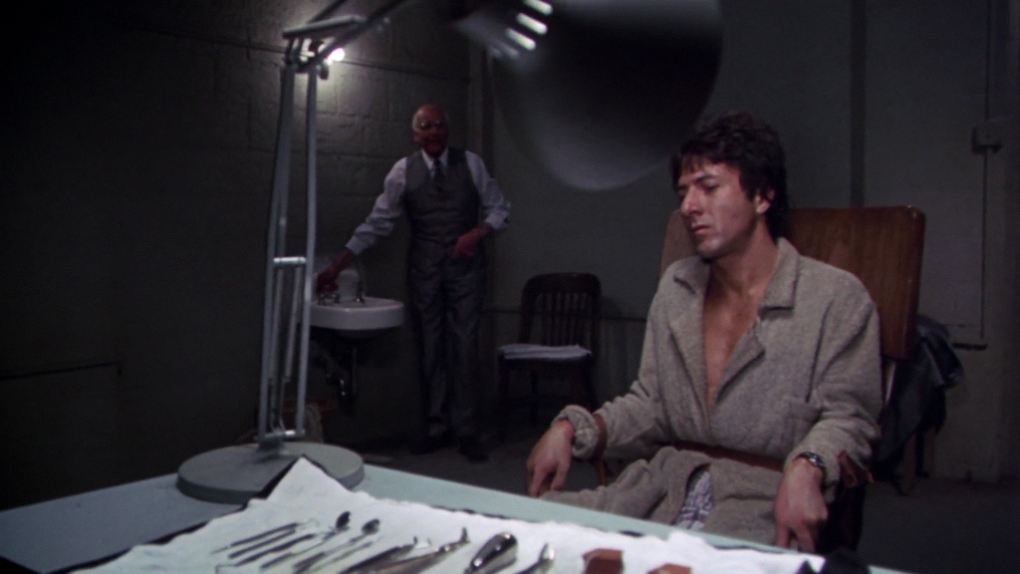 Cast as a brilliant historian who is totally innocent of any knowledge of his brothers’ dealings, which draws him into a world of Nazi wealth, couriers, and murder, Hoffman is splendid. They say a thriller is as good as the portrayal of terror in the film, and Hoffman captures this to perfection. He famously goes toe to toe with Laurence Olivier as Christian Szell, a famous Nazi dentist who has come to New York to cash in his diamonds. In a tremendous physical performance, Hoffman is brilliant. 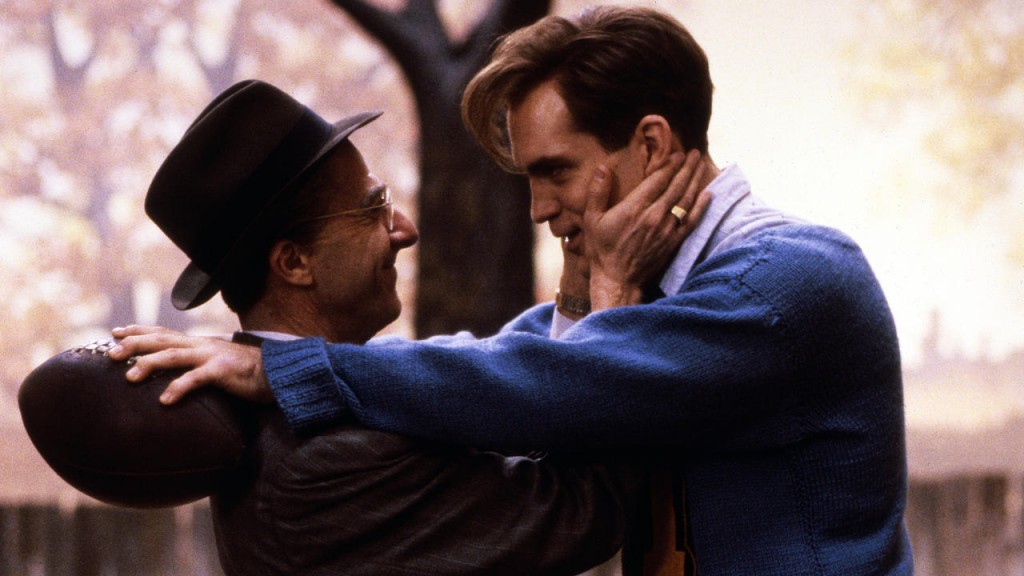 As Willy Loman, one of the greatest roles written for an actor, Hoffman is superb, taking on the Arthur Miller role and bringing something new and exciting to it. A fussy little man who has deluded himself all his life about who he is, who his sons are, what his marriage is, it all comes to a head when the prodigal son Biff comes home after a stint in jail. Hoffman captures the pain of a man who understands that the failure of his beloved boys is his failure, less theirs than his. In his heart, he feels like a fraud because he knows he is a fraud. Loman decides only in death can he give his sons a legacy.

This funny drama is set in the old west, with Hoffman well cast as The Lonesome Kid, who will in his life meet some of the western heroes and villains. He will spend many years with the Indians who call themselves human beings, and move through the west like ‘Forrest Gump’, encountering history along the way. One of his most alarming encounters is with Custer at Little Big Horn. Hoffman at one point appears as a 120-year-old man, telling his story in flashback. One of the underrated Dustin Hoffman movies.

In his breakout role, Hoffman was superbly cast as Benjamin Braddock, a recent college graduate who in the sixties as social unrest happens, has no idea what he wants to do with his life. Feeling trapped by his parents, their wealth and social standing, instead of finding a life, he finds sex with his mother’s best friend, the seductive Mrs. Robinson. Meeting for sex gives the confidence he sorely lacks, and he falls in love with his lover’s daughter. Brilliantly cast as a metaphorical youth of the sixties, this was the role that made him famous. Droll, naive, deeply funny. 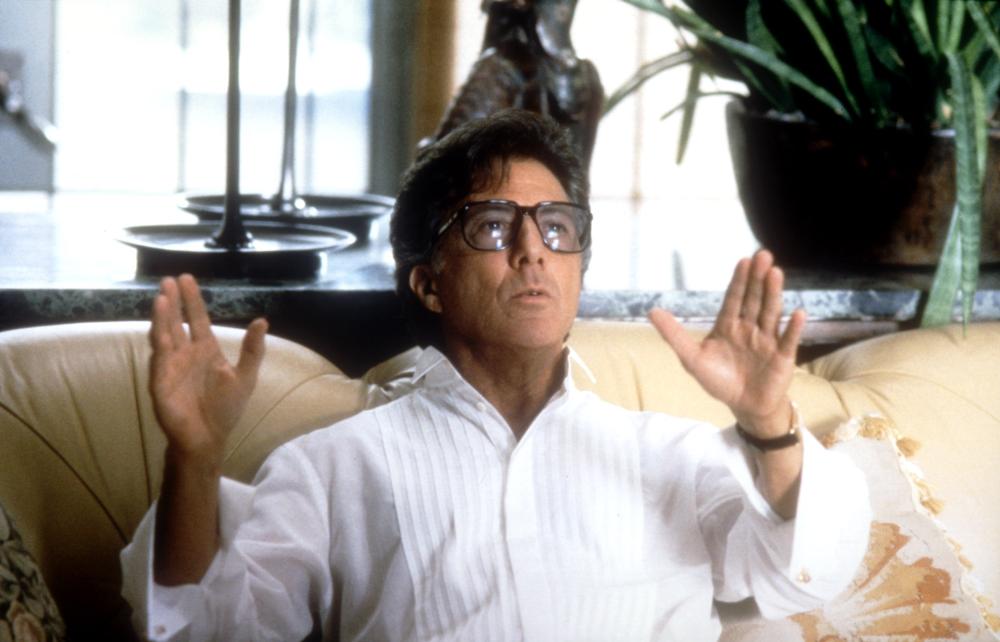 When a Presidential scandal rocks the White House, the fix-it wizards fly to Hollywood to meet with a showy producer to help ease the pressure on the President by creating a war through the magic of the movies. Stanley is a walking Hollywood cliché, a preening peacock who believes what he is doing to be hugely important, but he wants credit and the government wants it quiet. Rumors were abound that Hoffman impersonated producer Robert Evans for his performance. Maybe so, but Stanley is one of his finest creations. 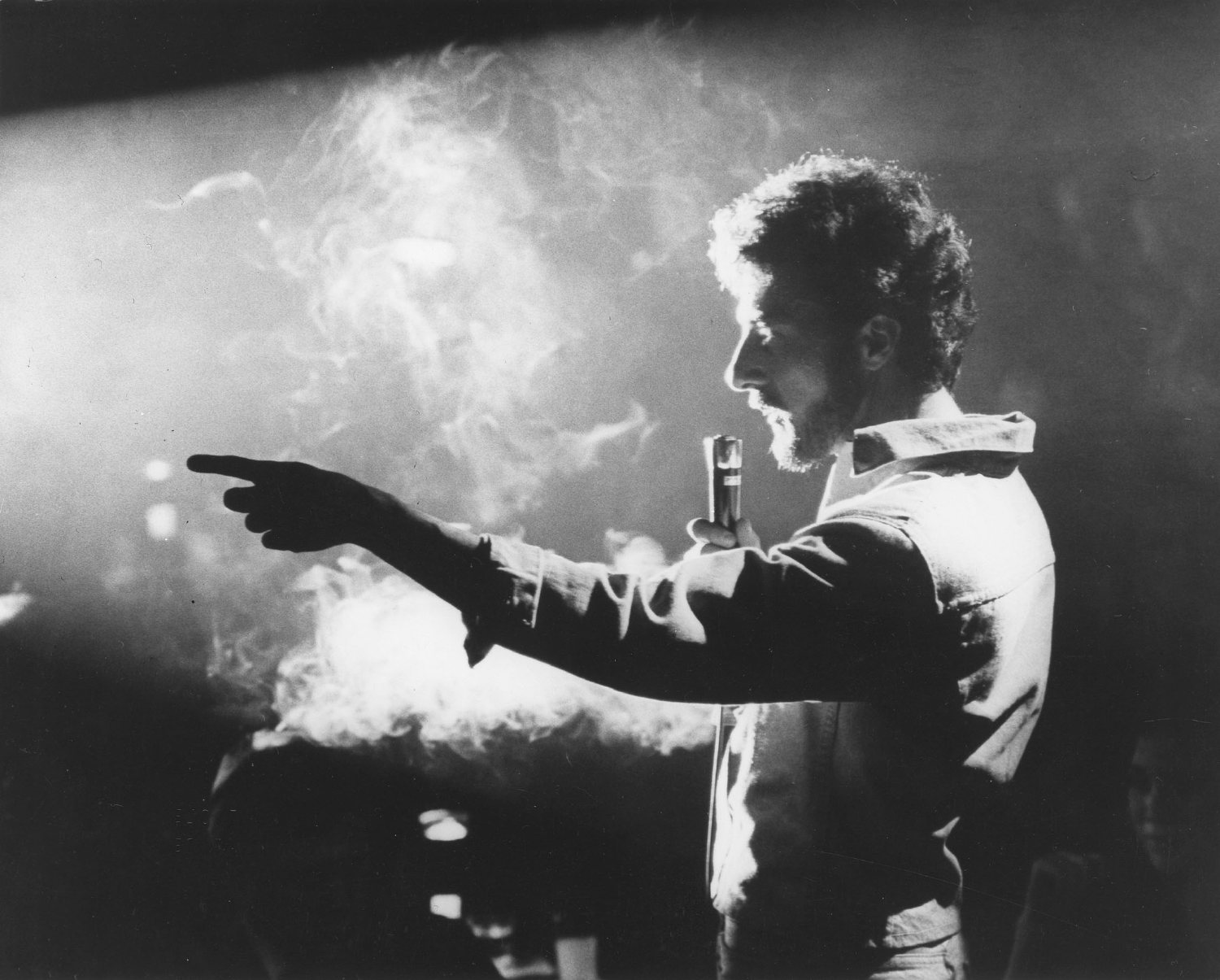 Comedians often make very good actors because they mask a weeping clown but when a dramatic actor, a serious actor is to portray a comic, it is a staggering challenge. They must study the timing of the delivery, the body language, they must understand what inner turmoil fuels the comic. Hoffman was portraying the first great social commentator, Lenny Bruce, who would pave a path for Richard Pryor, George Carlin and even Howard Stern to vent about social issues while lacing it with comedy. Hoffman is brilliant as Bruce, who would become a drug addict, before dying of an overdose. Beautifully acted and directed, the black and white film superbly captures who Bruce was. 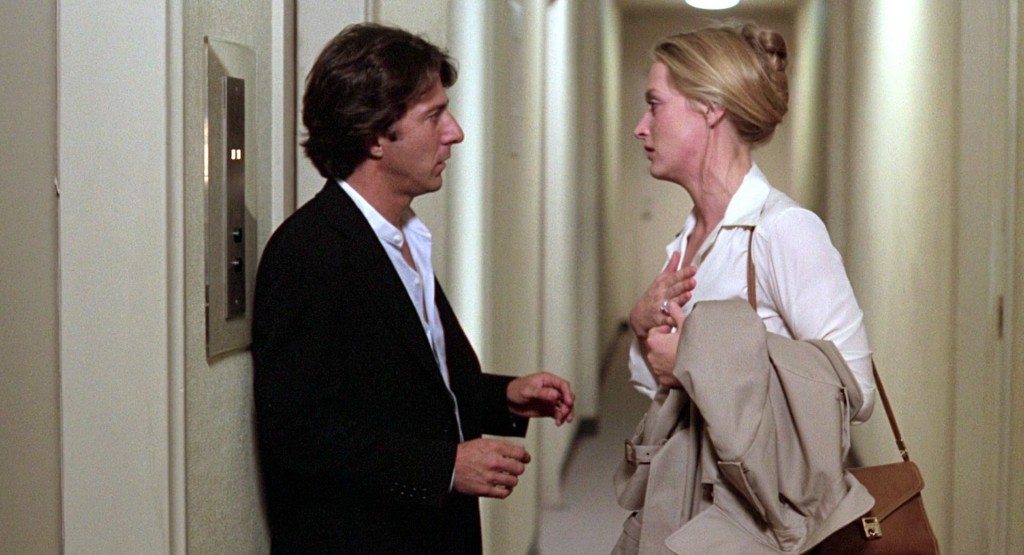 Hoffman won his first Oscar and every other award available to him for his fine performance as a father who must get to know his five-year-old son, when his wife walks out on him. Dedicated to his career, he finds raising the son a challenge, but falls in love with his son like he never had before. He always loved him as a father should, but he never knew him, understood him. His heartache at losing the boy to his mother when she suddenly returns is painful to see because his heart is breaking. We watch him become a better man, a better person, for the sake of the child he comes to love, but more importantly, he discovers that being a father defines him. So few people have seen this film, yet it contains one of his best performances and also one of the best performances of the decade. Hoffman captures everything about a petty criminal, the sort who lies when he does not have to, but he does so to stay in practice. Ever watchful, sizing everyone he meets up, deciding how he can best use them, he is a lifetime criminal, unable to go straight. The scenes with him and his parole officer have an uneasy tension, and when he explodes attacking the smarmy man, we see him at his worst, until we see him commit murder. He should have been nominated for this superb performance. As the filthy, greasy, struggling tuberculosis pick pocket, Ratso Arizona, Hoffman is stunning. He appears to be plucked from the scum filled street corner of New York, and takes Joe Buck under his wing, after first cheating him. They become an odd pair, like George and Lenny in ‘Of Mice and Men’. Dreaming of Florida, believing sunshine and orange juice will save him, Ratso is pathetic but ultimately heartbreaking and tragic. He and Voight were superb together in this ground-breaking Oscar winning film. Simply put, this is one of the greatest performances ever put on film, an Oscar nominee, and winner of the National Society of Film Critics Award for Best Actor. Cast as a prickly method actor obsessed with getting it right, finding the truth, he can no longer get work because they consider him difficult. So, he dresses as a woman, auditions for a network soap, and lands the job, quickly becoming a star and spokesperson for female rights, all the while being a man. He falls in love with his co-star, and becomes a better man as a woman than he ever was as a man. There are moments where any trace of Dustin Hoffman is gone, and he is Dorothy. Simply astounding and remarkable to behold.