6 Games You Must Play if You Love BioShock 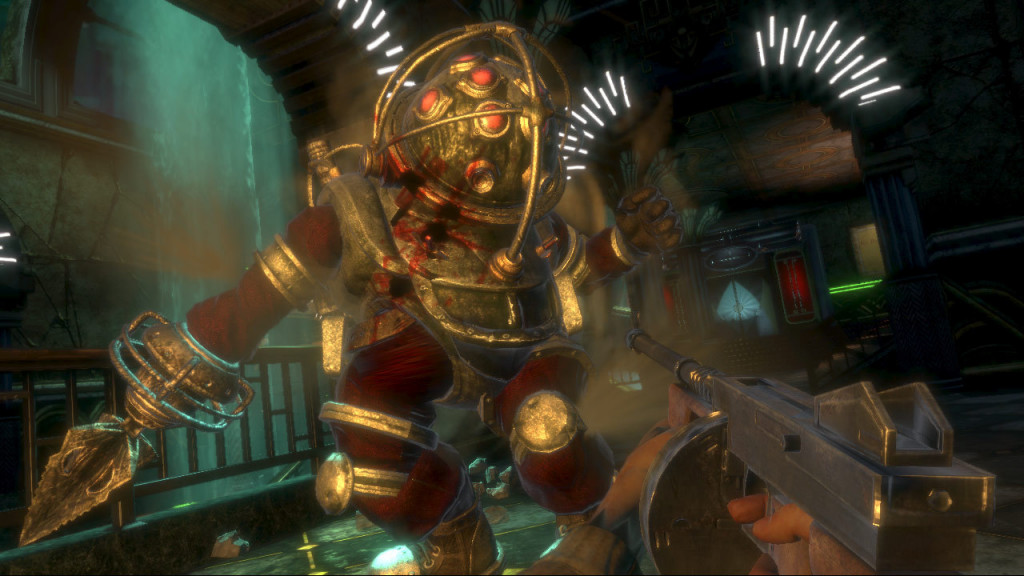 BioShock is a massively popular first person shooter video game that has gained worldwide popularity due to its claustrophobic environment and striking enemy design. Whether you are high up above the clouds or down below underwater, the atmosphere of ‘BioShock’ will definitely fill you with dread and despair. We are no stranger to dark and ambient environments but there is just something unique about the world design of the ‘BioShock’ games that excites you. This got us thinking, and we decided to compile a list of games that have a similar environment or gameplay structure to ‘BioShock’, so that it’s easier to access for everyone.

We highly urge fans of the ‘BioShock’ universe to try out the following games coz we are sure they will find them interesting. Moreover, each of these games have been tried and tested by fans worldwide and they have managed to stand the test of time, so these are basically the best from the lot. With that said, here is the list of video games similar to BioShock that are our recommendations. You can play these games like BioShock on PS4, Xbox One, Xbox 360, PC, iPhone, Android, mac or even online. 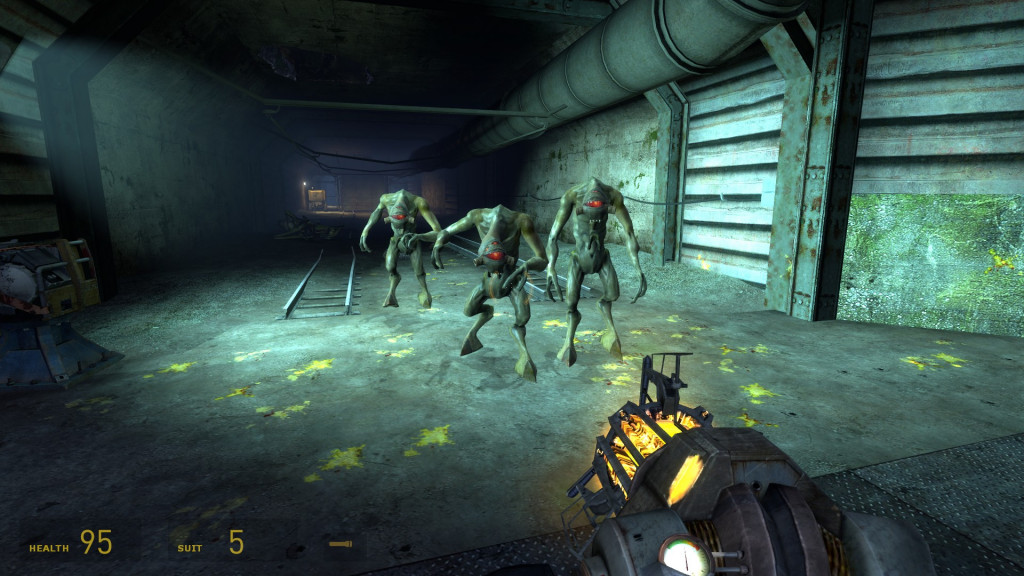 Okay, many of you might argue that the gameplay of ‘Half Life 2’ is not exactly similar to that of ‘BioShock’ and we do agree to a certain extent. However, ‘Half Life 2’ being one of the most influential video games of all times, has managed to find its place among the heart of most FPS titles. In addition, the storyline for both the games are also very similar. In ‘Half Life 2’, you control the character of Gordon Freeman who arrives at an unknown city and needs to unravel all of its mysteries. He finds out that the city is simply called ‘City 17’, and is something that is beyond his imagination. It has been invaded by an unknown alien species that has turned into a complete totalitarian state.

Human lives do not matter in City 17, only the end cause. The alien creatures simply have no reckoning of civilization and will stop at nothing to achieve their cause and the fact that you are limited on weapons does not help. Right from the beginning of the game, you will be drawn into the storyline with an epic intro. I’ve yet to come across another title that manages to introduce the premise in such a beautiful manner and hence, this one is highly recommended. I mean, if you are living in 2019 and have not played ‘Half Life 2’, then what are you even doing? This is the game that managed to influence a plethora of FPS titles and gave it their identity, so do not make the mistake of missing out on this one.

Similar to ‘BioShock’, where you are required to use your abilities in order to traverse through the levels and solve puzzles, you are equipped with a gravity gun in this one. This allows you to pull objects towards yourself or shoot them away, depending on the situation, and this adds of a lot of varied strategy to the gameplay. In addition to the gravity gun, you are also equipped with a pulse gun and a crossbow ensuring that you never run out of unique ways to take down your enemies. 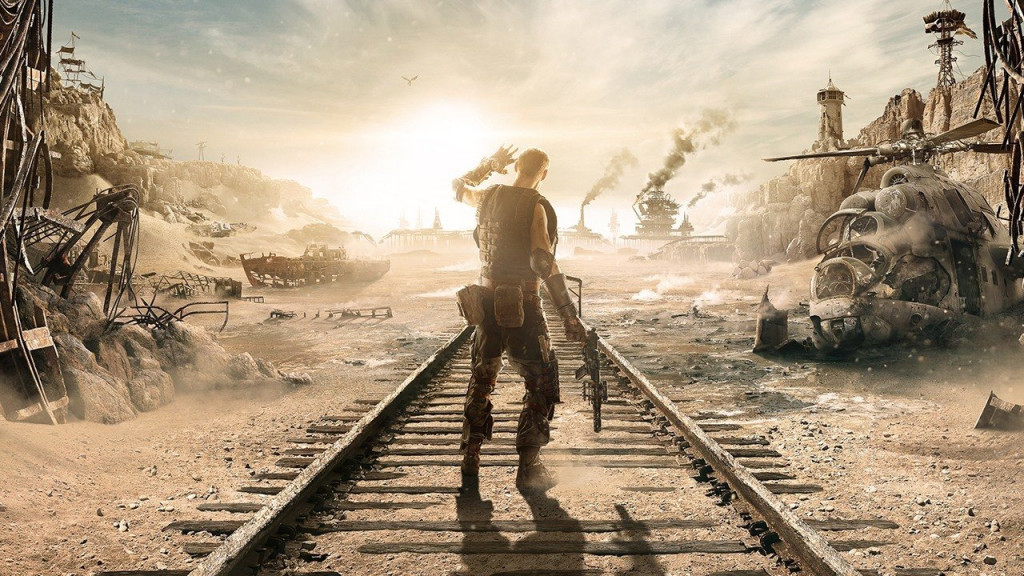 ‘Metro: Exodus’ is the third main instalment in the critically acclaimed ‘Metro’ series, developed by 4A Games and published by Deep Silver for PlayStation, Xbox and Windows PC devices. It is considered to be one of the best first person shooter video games set in a post-apocalyptic world with just a tinge of survival horror. ‘Metro: Exodus’ has gathered this stature mainly due to its gritty world design that really manages to portray the decay that has taken place.

The game directly follows the story of the previous titles, ‘Metro: 2033’ and ‘Metro: Last Night’ and is similarly set in the Russian Federation. When the world has been devastated by a nuclear war, the fallout and the resulting radiation have transformed the creatures of the land into unforgiving beasts. In this game, a train is leaving the country in search of a habitable land outside and a whole lot of mysterious events follow. There are various elements of gameplay that will definitely remind you of ‘BioShock’, especially the enemy design and the unforgiving environment. However, if you really plan on getting into the storyline, then we recommend you start playing from the first entry in the series — ‘Metro: 2033’. 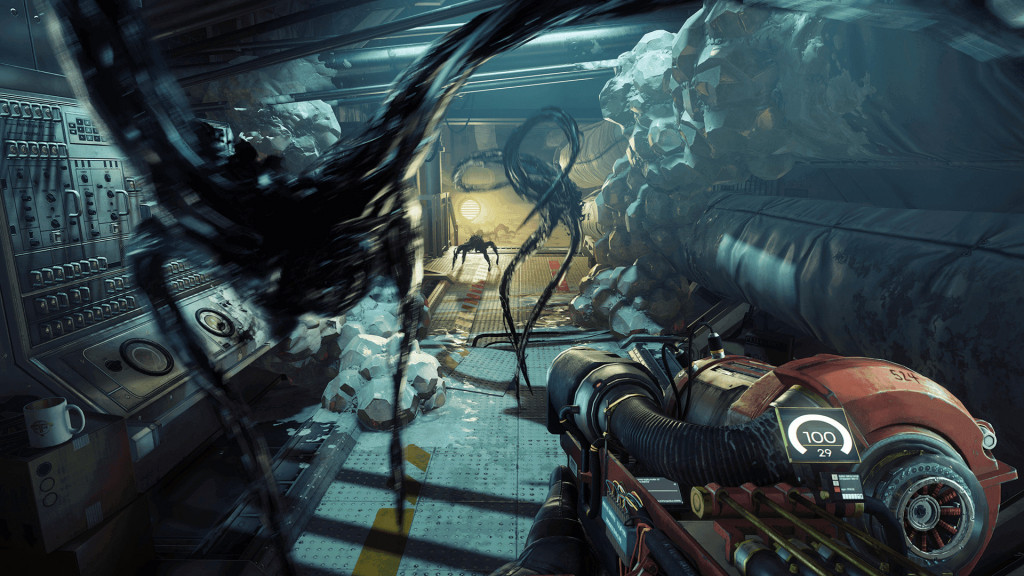 ‘Prey’ is a first person shooter video game developed by Arkane Studios, the same guys who developed ‘Dishonored’. We suggest you go through the catalogue of this development team as they have released some quality games over the years. ‘Prey’ was again published by Bethesda in the year 2017 and went on to win a bucketload of awards at the end of the year, making it one of the best FPS titles of 2017. If you’ve played the older ‘Prey’ developed by Human Head Studios in the year 2006, then you will definitely be able to relate to the characters in this one. It is basically a reimagining of the older franchise when the actual production for a sequel fell out of line.

The gameplay is very unique with you having the power to transform into everyday objects in order to evade enemies. So if you find yourself in a tough situation, why not transform yourself into a chair? You play the character of Morgan Yu, a scientist who is conducting research into an alien species known as the ‘Typhon’. You have access to a variety of weapons that you are able to upgrade throughout the course of the game, which adds a lot of variety when combined with your basic abilities. It also makes the game extremely open-ended as you are able to approach the situation according to your wishes. Whether you want to approach a particular mission completely based on stealth or will rely on your abilities and weapons is entirely up to you and will depend a lot on the situation.

We really liked the open ended approach that we found in a lot of games from Arkane Studios and so we highly recommend them to you if you are looking for something similar to ‘BioShock’. Although the setting is not exactly similar and mostly revolves around sci-fi, we still find a lot of similar elements like the open ended approach and a intense focus on character abilities. 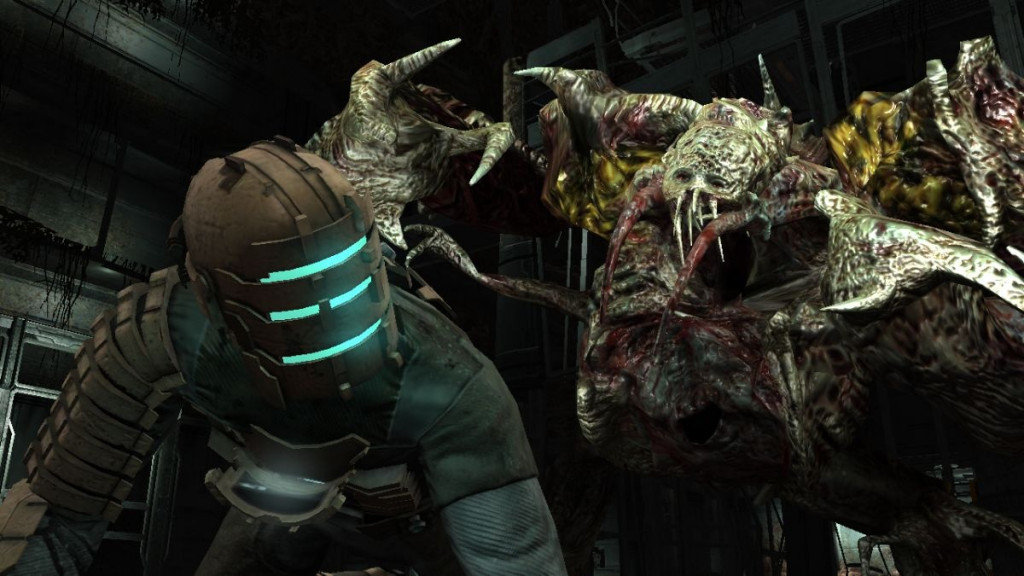 ‘Dead Space’ is another title that has a lot of similarities with the ‘BioShock’ games, even though it is a third person shooter itself. The first thing that will strike you about the game is its setting and atmosphere that are eerily similar to ‘BioShock’. Both titles have an uncanny ability to put you in oppressive environments laden with enemies that overwhelm you easily. Unlike other games where you are considerably stronger than your enemies, this one features a protagonist that is significantly underpowered. This makes for some intense gameplay moments where you really feel that you will quickly die if you are not careful.

Also, the storytelling mechanic is similar to that of ‘BioShock’. Remember in ‘BioShock’, where you could travel around the world collecting small pieces of information that tell you more about the game world? Well, that makes a return here. There are a number of collectibles scattered throughout the world that have given the player additional info on the game world, which adds to the experience. I personally like this feature a lot. I love games that take the time to build an experience for the players and I have this habit of uncovering each and every one of them throughout the course of my playthrough.

Now even if you are not a hardcore completionist like me, this game has a lot of itty-gritty details for everyone out there and this is what I love about it. Some of the enemies will really remind you of the ‘big daddies’ in BioShock and even though the abilities are not exactly similar, it is extremely important to take them down. We highly recommend this game to anyone who is looking for an experience similar to ‘BioShock’. Do not be discouraged by the sci-fi setting of the game, as it only helps in enhancing the experience. 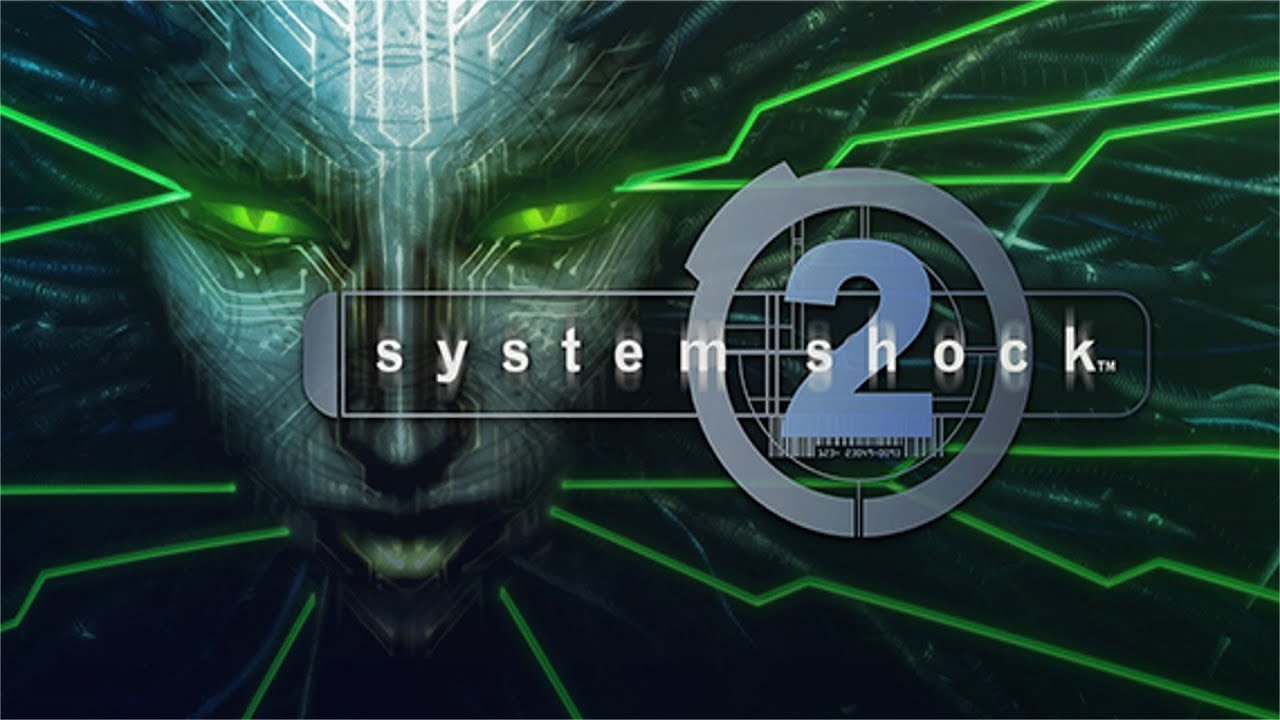 If you are looking for something similar to ‘BioShock’, then you must play through this game, which is its biggest inspiration. ‘BioShock’ is considered by many to be the spiritual successor to ‘System Shock’ and there’s good reason for it. To start things off, the game is developed and conceptualized by Ken Levine and Irrational Games, the same guys behind the development of ‘BioShock’. Secondly, the environmental setting for both the games are eerily similar, although one takes place underwater and another takes place in outer space.

In ‘System Shock 2’, you wake up from cryosleep in a spaceship with amnesia. You are unable to piece together what happened to you or the ship, but you find several alien creatures. They are simply called ‘The Many’ and with you losing your memory, it becomes extremely hard to make sense of the situation. To make matters worse, you find a chip on your body that is both illegal and a violation of rights. You better get your bearings quick if you want to survive through this one.

The gameplay takes place from a first person perspective, with you being able to equip and take charge of a number of unique weapons. In addition to the combat mechanics, there are role playing elements that require you to upgrade your character by gaining levels. There is an in-game currency as well, which you collect throughout the course of the missions and then spend on vending machines for regular loot. All of these features scream ‘BioShock’ in your face and hence we highly recommend it to you. 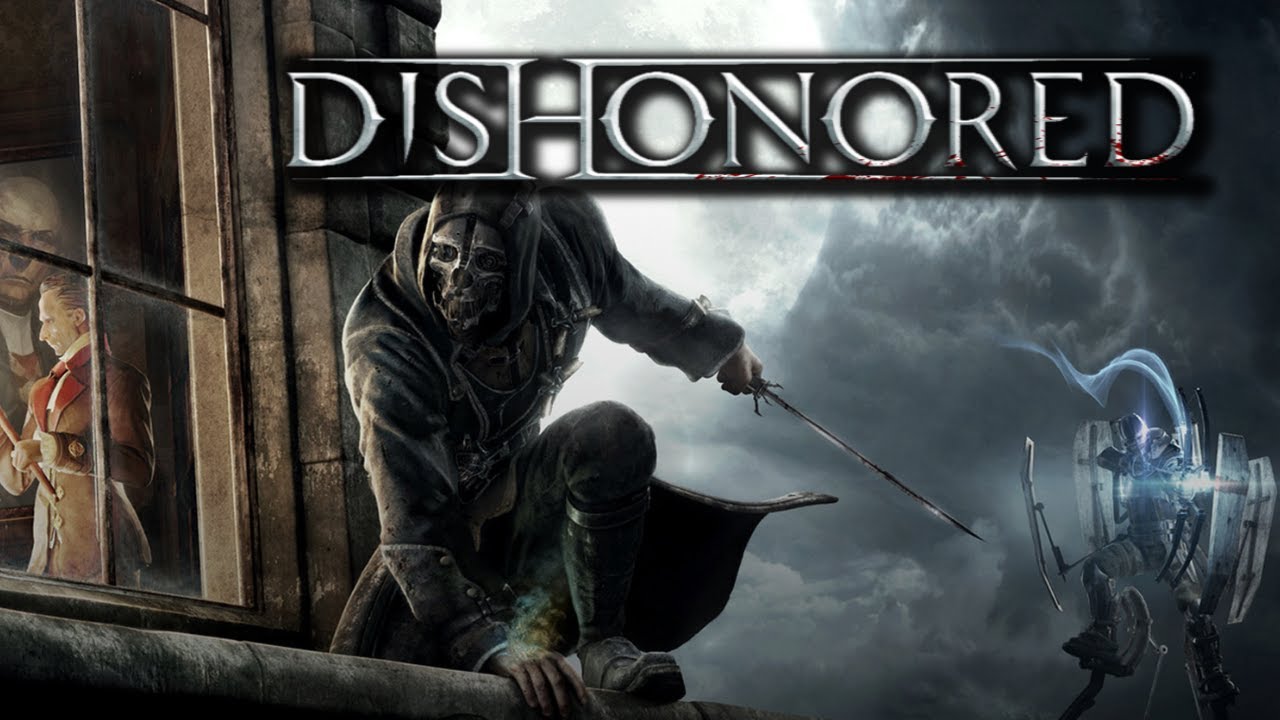 ‘Dishonored’ is one of the best stealth-based role playing games developed by Arkane Studios and published by Bethesda Studios in the year 2012 for Windows PC, PlayStation 3, PlayStation 4, Xbox 360 and Xbox One devices. The game is considered to be one of the best stealth games of the year, with praise being directed towards the world design, gameplay features and storyline. You play as Corvo Attano, a royal guard who has been relieved of his duties due to the king being assassinated and his daughter being kidnapped. This renders the empire into chaos and with an unknown plague hitting the city at this unfortunate moment, the citizens have been totally devastated.

However, you have been granted special powers from an unknown source that at least gives you a chance to stand up against the atrocities taking place within the empire. This is where things get interesting. You are able to play through the campaign taking a stealthy approach and using your special powers to your advantage. There’s one that allows you to teleport forward for short distances, allowing you to stay in the shadows at all times. Another one that releases a swarm of deadly rats allows you to kill from the distance. When you combine these two powers together, the gameplay becomes extremely innovative and unique. Using your blink to get behind an enemy while taking down another enemy that’s in your line of sight using the swarm ability makes for some thrilling gameplay moments.

However, if stealth based gameplay is not your cup of tea, then you can also choose to take a more straightforward approach and your unique powers will make sure that you always have an upper hand over your enemies. A sequel called ‘Dishonored 2’ was also released but we recommend that you play this one first before getting into the later one. ‘Dishonored’ has various recurring elements from the ‘BioShock’ games, albeit in a different age and setting, and we highly recommend you play through this one if you are looking for something similar.