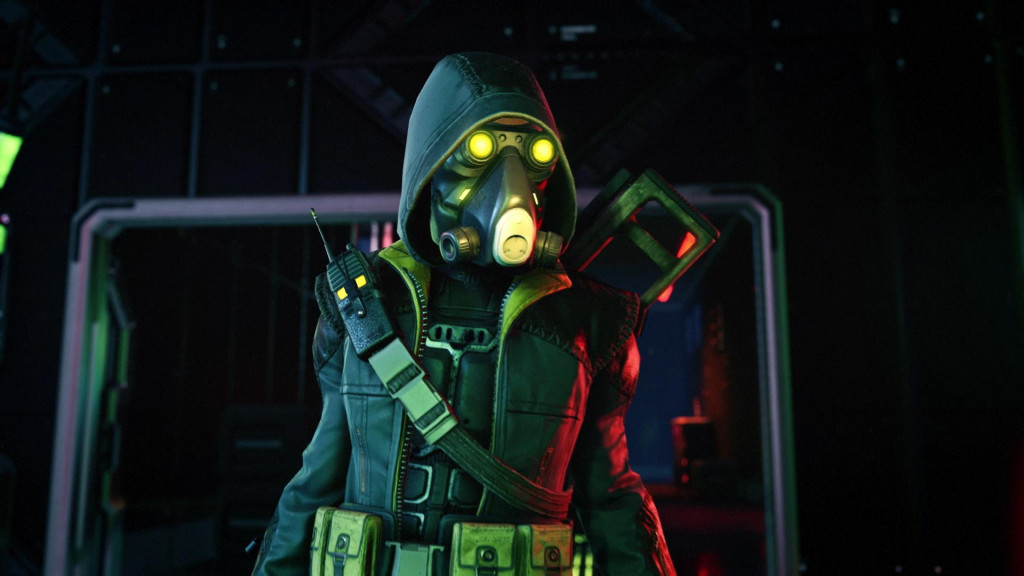 ‘X-COM’ is widely regarded as one of the best turn based strategy games of all time, having made the genre popular and inspiring a range of similar games in the process. It is one of the longest running video game series in the genre having first made its mark in the year 1994 through the release of ‘X-COM: Enemy Unknown’. The game has since then witnessed many expansions and instalments but the core gameplay mechanics of the series have remained true to its roots. Today, we are looking at some of the games that have been inspired by ‘X-COM’ but have also managed to implement newer mechanics into the genre solidifying their position in the industry. So, here is the list of video games similar to ‘X-COM’ that are our recommendations. You can play these games like ‘X-COM’ on PS4, Xbox One, Xbox 360, PC, iPhone, Android, mac or even online. 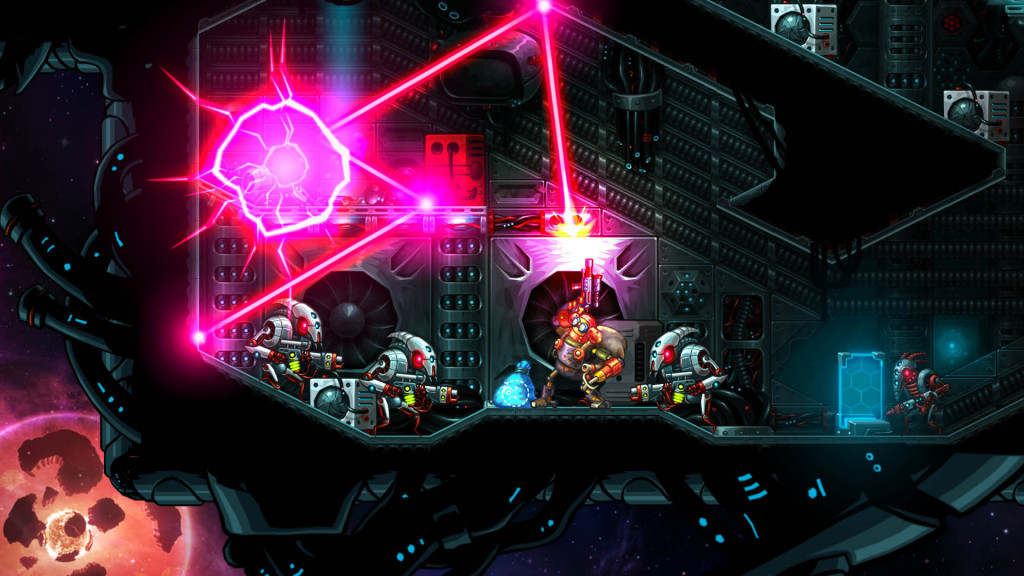 ‘Steamworld Heist’ is a turn based strategy game developed and published by Image and Form in the year 2015 to major critical acclaim. The game was first released in the year 2015 and several ports followed in the later years with the latest one being released for the Nintendo Switch in the year 2017. It has been majorly appreciated for its gameplay and stress on skill rather than luck. The main aim of the game is to loot and board pirate ships in a procedurally generated level. It has a perfect score on steam at present. 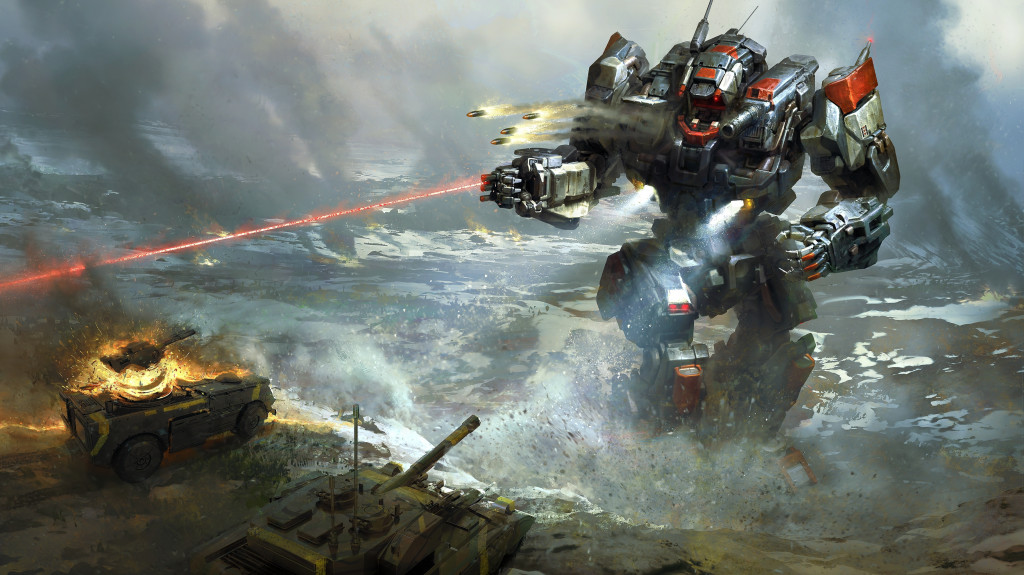 ‘Battletech’ is a turn based strategy game based on the tabletop game of the same name but is loosely based on the mechanics of the original. The developers have said that players will not get the ‘feel’ of a tabletop game but overall the mechanics will still stay true. You are given command of a battalion consisting of 4 mechs that you are able to customize according to your wish. It has been developed by Harebrained schemes and published by Paradox Interactive in the year 2018. There are several houses in the game that the player may choose to associate with and be a part of. It is presently available on Windows PC, OS X and Linux devices. 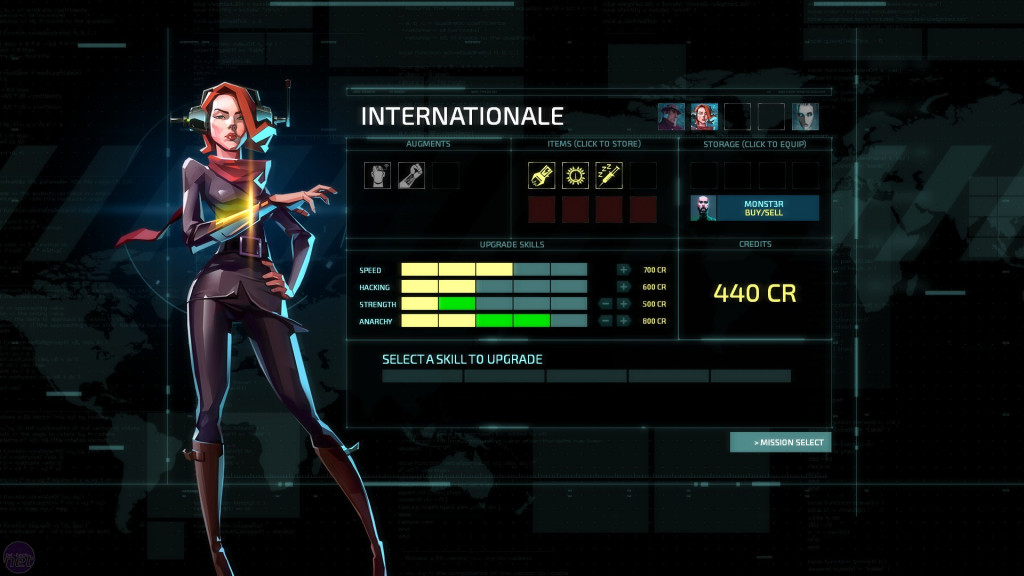 ‘Invisible Inc.’ is a rogue like turn based strategy videogame that is heavily inspired by the gameplay style of ‘X-COM’. In this game, you take on the role of a covert agent and you need to complete the assigned task within 3 days. There are various ways you can manipulate and search for information and you also have two agents that will help you out during the course of the game. If an agent happens to die during the game, he or she remains dead for the rest of the session if not dragged out through the exit by another agent. The game has been developed and published by Klei Entertainment in the year 2016 and is presently available on the Windows PC, OS X, Linux, PS4 and the iOS playstore. 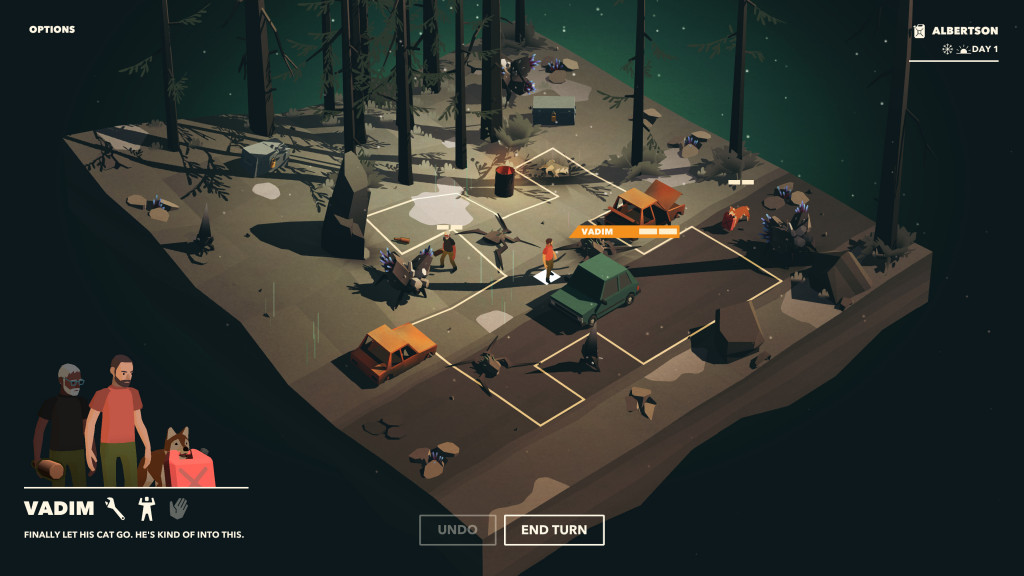 Overland is a co-op survival turn based strategy video game that is set in Post Apocalyptic USA. In this game, you and your team need to survive in the harsh and hostile land by managing resources and fuel. There is danger at every step requiring you to balance your actions and inventory cleverly. The map is procedurally generated and will require the player to use their instinct rather than experience. The game will be available later this year and we just wanted to bring it to your notice.

‘EndState’ is another turn based tactical video game that is currently under development and will be available sometime later this year. It has generated a lot of hype and has shown quite some promise so we thought of throwing in this game together with ‘Overland’. The game features a huge map where you are tasked with controlling your organization and leading them towards victory. You can hire new operatives and find missions within the map to expand your territory and once you come in contact with your enemy, the game shifts into combat mode. Not much is known yet about additional gameplay features but we’ll make sure to make a big deal out of it once we get to dig up some more. 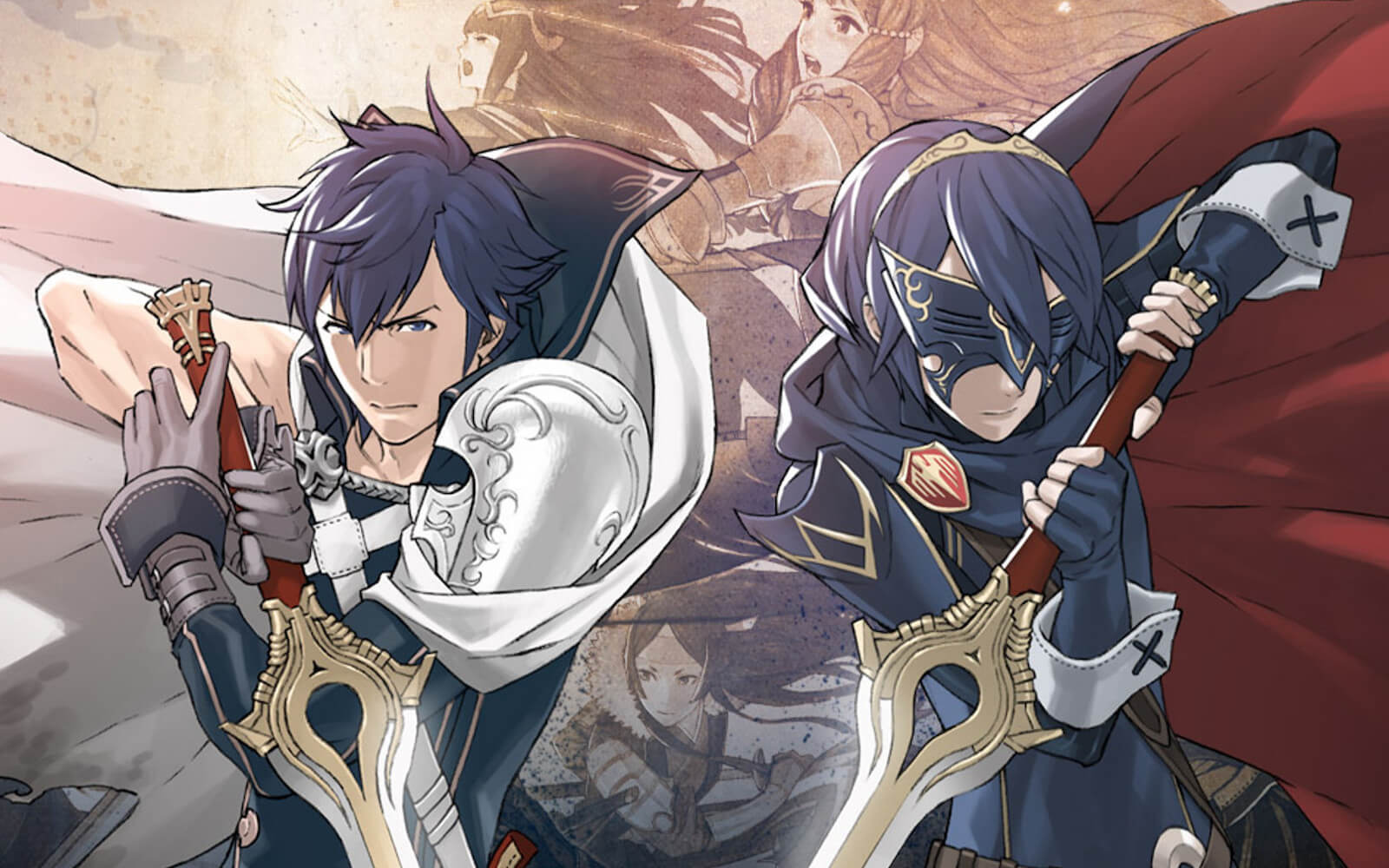 ‘Fire Emblem’ is a massively popular RPG series developed by Intelligent Systems and published by Nintendo. The first installment of the game was released in the year 1990 and the series has witnessed regular updates since then. Fire Emblem Awakening is the thirteenth instalment in the series and follows the footsteps of its predecessors quite faithfully. It features improved graphics, polished gameplay and a perma-death mechanic where a dead character cannot be revived after battle. The game does provide an alternative game mode where this feature is disabled and you can choose to resurrect your character at the end of battle. 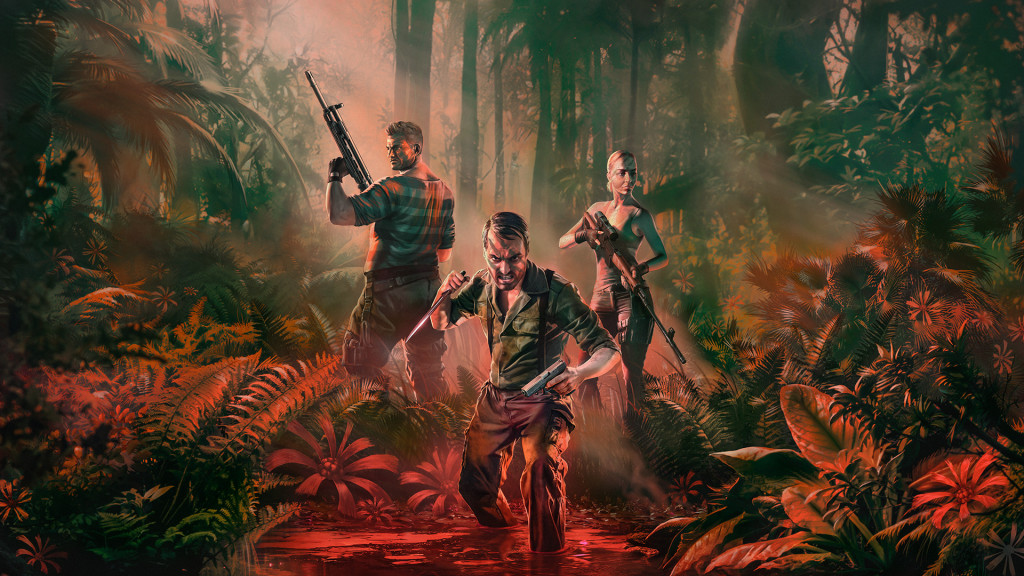 If you are a fan of ‘X-COM’, then you are bound to like the series Jagged Alliance, a game that inspired ‘X-COM’ in the first place. Released in the year 1998, ‘Jagged Alliance 2’ places the player in a fictional country known as Arulco that has suffered under the tyranny of Deidranna for far too long and it’s up to the tactical prowess of the player to restore peace in the land. The game has been praised for its turn based gameplay and strategic choices, a feature that was rare in video games back then. Several mods have been developed for the game alongside two expansion packs with a collector’s edition being released in 2002. It is widely popular among veterans of the genre having inspired some of the mechanics of it, so this is one game you should definitely try out if you are an ‘X-COM’ fan. 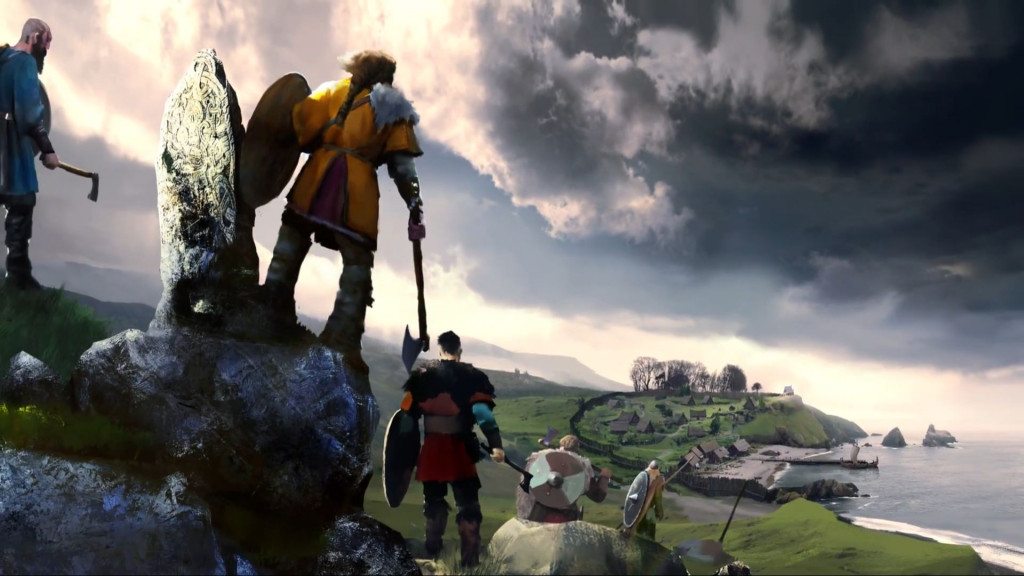 ‘Expedition: Viking’ takes you back to the year 790 AD when the settlers from the north of Europe traveled to warmer climates in search of land and loot. You are in control of a band of Vikings that have just landed on the shores of England and their main aim is to find sustenance. Whether you find your place through combat or trade is up to you but be wary that your reputation plays an important role in world politics. Train your troops and defend your kingdom but do not let power get the better of you as the tides of war can shift within minutes. The game has been developed by Logic Artists and published by THQ Nordic to major critical acclaim. 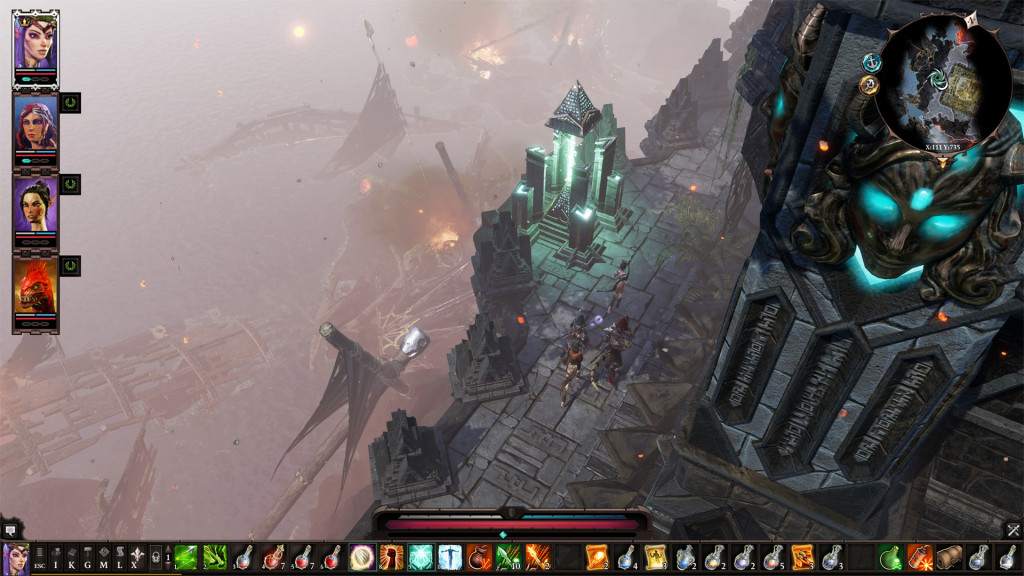 ‘Divinity: Original Sin’ is a fantasy role playing game that tells you of the events that happened before ‘Divine Divinity’, another game in the main series. It was developed and published by Larian Studios and Focus Home Interactive for the Windows PC, PS4 and Xbox One systems in the year 2014. The game has been praised for its extensive RPG mechanics which helped to modernize the RPG genre and put it back on the forefront of the gaming industry. The game follows the story of two hunters controlled by the player (one each in case of co-op gameplay) who are on a quest to eradicate ‘sourcery’, a foul form of magic that has taken over their native land. A follow-up to the game was released in the year 2017 called ‘Divinity: Original Sin II’, again to massive critical acclaim. 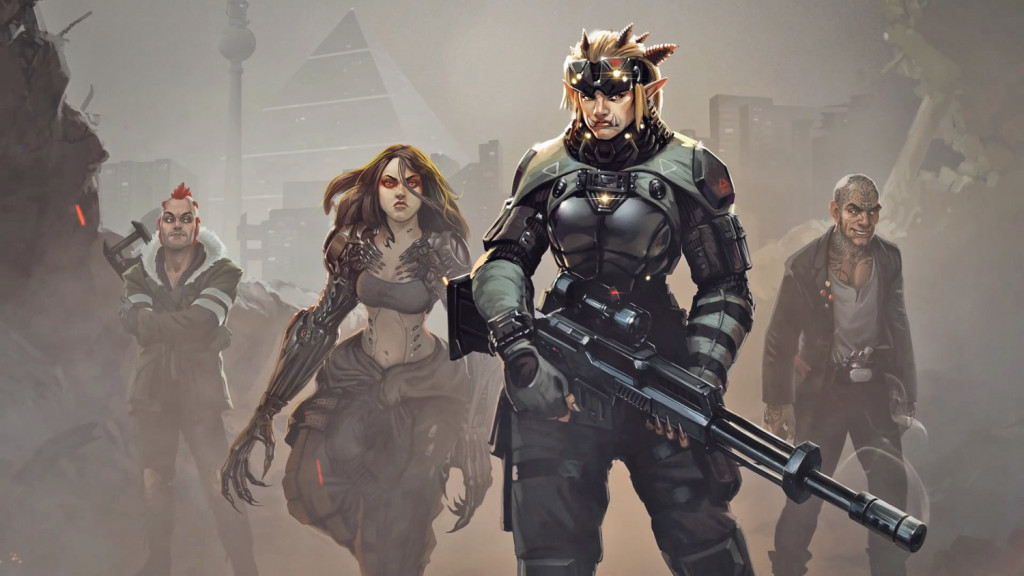 ‘Shadowrun Dragonfall’ originally started off as a DLC for the game ‘Shadowrun Returns’ and was later released as a standalone expansion called ‘Shadowrun Dragonfall – Director’s Cut’. The game puts you in the shoes of a shadowrunner who has recently come in contact with a group of covert operators and are attempting to break into a data vault, but the mission goes seriously wrong. After a failed attempt at opening the door through a hack, Monica is killed and they discover a military facility beneath the compound and they have to fight their way out. When the first mission of the game is this intense and story laden you know you are in for a good experience. 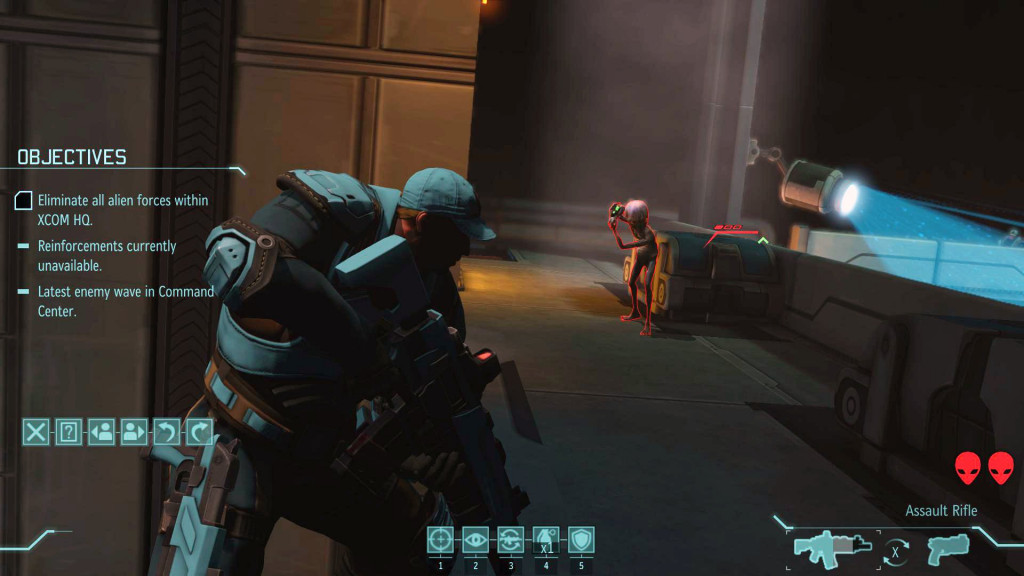 ‘Xenonauts’ is a game that has been inspired by the combat system of the early ‘X-COM’ titles and is set in a sci-fi universe. The game allows you take control of troops and take strategic decisions while leading your troops towards victory. You also take control of air units and gather resources in order to research better upgrades for your army. The game has been widely praised for staying loyal to its influences and is almost a tribute to the older XCOM titles. If you are a person that liked the grittiness and the difficulty of the XCOM games, then you will definitely like this one. ‘Xenonauts’ was developed and published by Goldhawk Interactive in the year 2014 for the Windows PC and for Linux and OS X in the following year. A sequel for the game called Xenonuts 2 was announced by the devs and is currently in development with plans to move it to early access sometime this year. 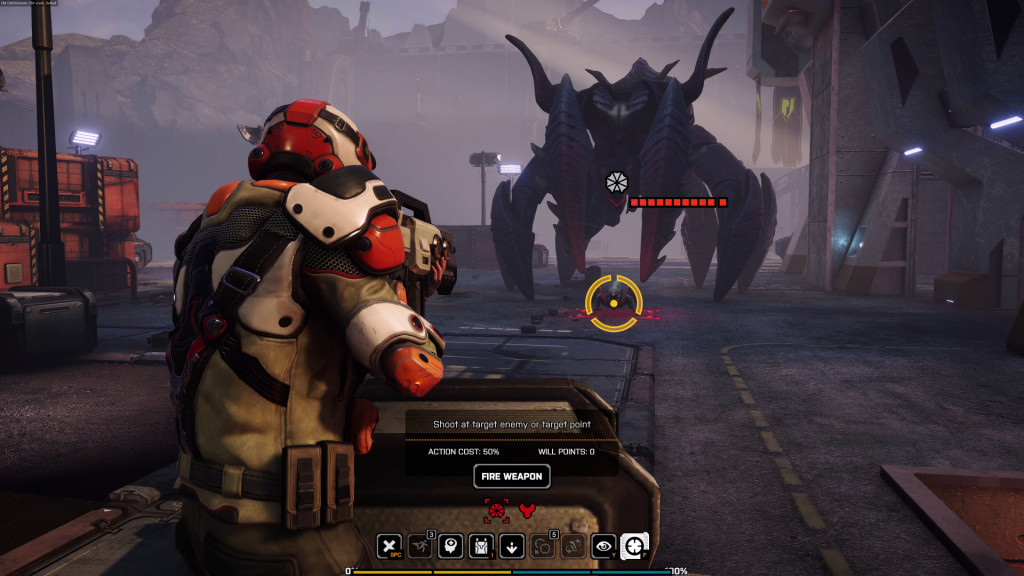 ‘Phoenix’ is an upcoming turn based strategy game that is being marketed as the spiritual successor to the ‘X-COM’ series. The story is set in the year 2047 with the human race being attacked by alien species. These invaders attack with huge mechs that are able to transform and mutate themselves according to the environment adding an extra layer of gameplay tactics to the campaign. The species are inspired by the sci-fi tales of HP Loveraft and you need to take command of a lone base and build and fortify it in order to take care of these invaders. You are also required to compete against other human factions for resources that have their own agenda and this proves increasingly difficult as the campaign goes on. It is being developed by Snapshot games and will be published in September of 2019. 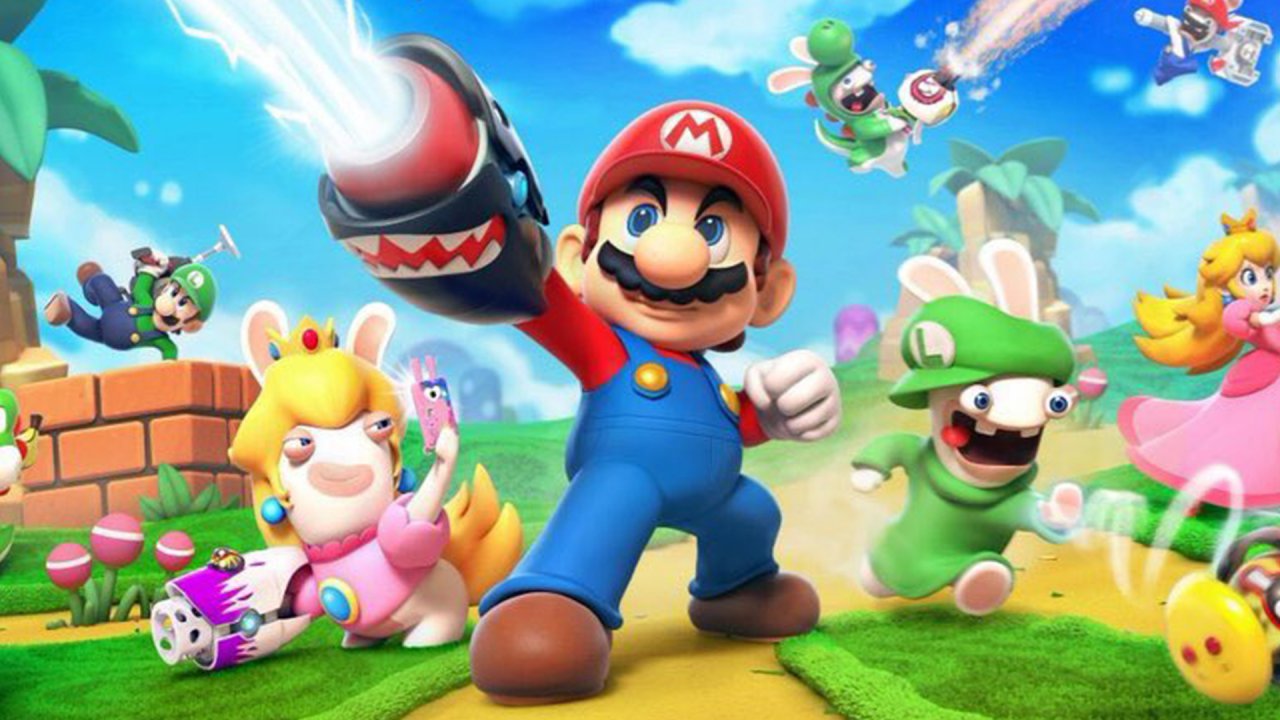 ‘Mario vs. Rabbids’ is a tactical turn based role playing game that is a mash up of the Mario and the Rabbids universes. This game puts you in control of Mario and his trusted friends Luigi, Princess Peach and Yoshi who team up with four other rabbids in an effort to curb the curse that has taken over the land. This ‘curse’ is a result of the rabbids using a powerful device that they lose control of and has plunged the whole mushroom kingdom into chaos. The game has been developed and published by Ubisoft for the Nintendo Switch in the year 2017. 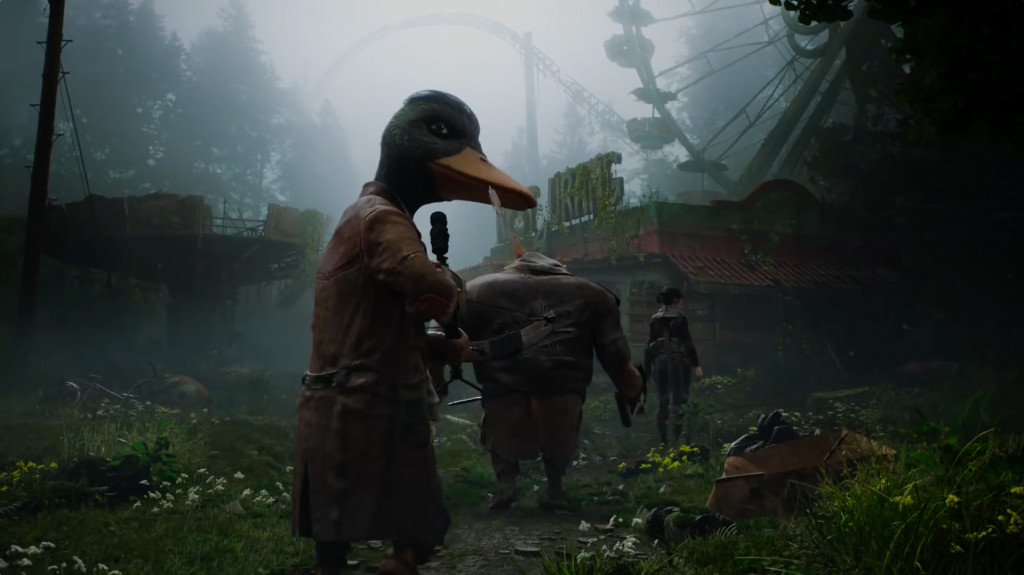 ‘Mutant Year Zero: Road to Eden’ is a tactical turn based strategy video game developed by The Bearded Ladies and published by Funcom in the year 2018. The game puts you in a post apocalyptic world that has been ravaged by war and radiation and most of the human population residing in guarded bases due to shortage of habitable living space. Resources are also limited and stalkers are sent out from the base at regular intervals in order to scavenge for the same. These are elite mutants that have the ability to withstand the harsh environment and are the only ones who can fight against ghouls, human mutants driven mad by war. The game is a mix of turn based combat and real time exploration just like the ‘X-COM’ series and we highly recommend it to the fans of the same. 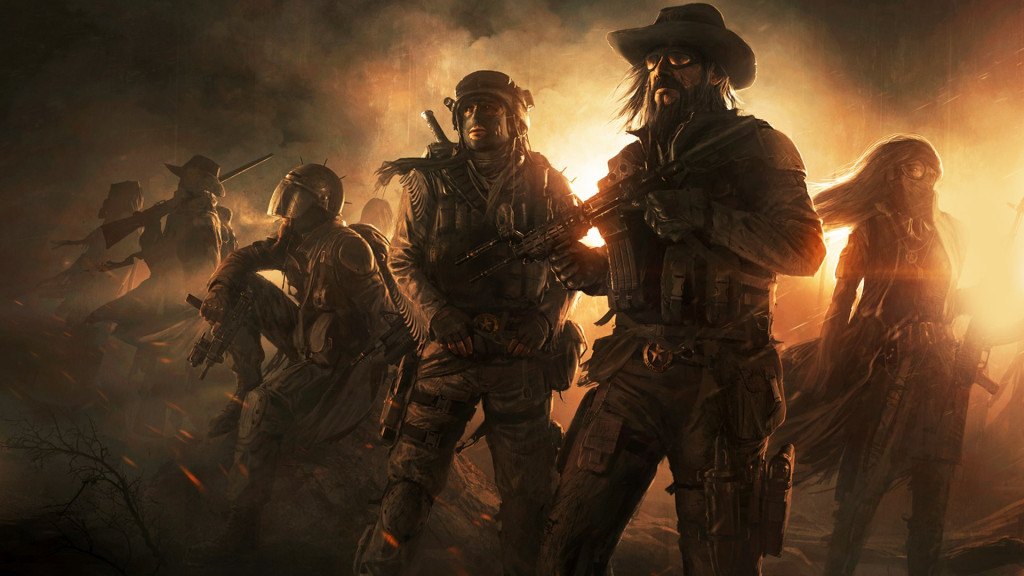 ‘Wasteland 2’ tells the tale of an alternate universe where USA and Russia were locked in a nuclear way in the year 1998 due to an argument over a small group of meteoroids that has spelled disaster for the human race. Fast forward to the year 2102, and you find yourself involved in the events of Wasteland 2. The game is a tactical turn based strategy game developed by inXile studios and published by Deep Silver after a successful kickstarter campaign for the Windows PC, OS X and Linux systems in the year 2014 with a director’s cut edition being released the following year for the PS4 and the Xbox One gaming systems. It has also been adapted for the Nintendo Switch in 2018 making the game extremely accessible to players all over the world.