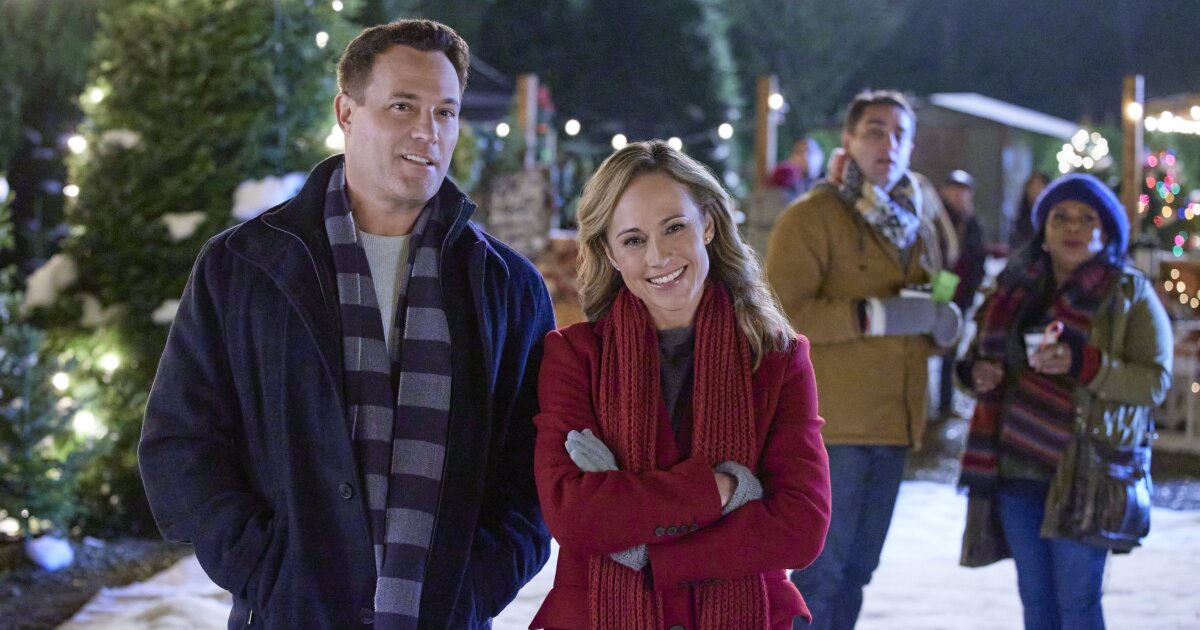 Inspired by Scott McCreery’s eponymous song, Hallmark’s ‘Five More Minutes’ follows Clara, who is spending her first Christmas without her grandfather Jerry upon his unforeseen demise. As the spirit of the holiday season transforms into gloom, Clara wishes for five more minutes with her grandfather who had helped her overcome turbulent times. Her wish materializes incredibly as Jerry’s old journal ends up with her. The journal even gives Clara the opportunity to explore her feelings towards her first love, Logan.

Directed by Linda Lisa Hayter, the romantic drama film depicts the moving effect of Christmastide on sadness, loss, and love. As Clara recovers from feeling Jerry’s absence and rekindles her romance with Logan, the heartwarming presence of Christmas is felt strongly in the storyline. As the sparkling streets and celebrations rejuvenate Clara, one can’t help but be mesmerized by the film’s visual appeal. Fascinated by the pleasing setting of the movie, we decided to learn more about the locations where ‘Five More Minutes’ was filmed. Let’s take a look!

‘Five More Minutes’ was filmed in its entirety in Canada, specifically in Vancouver. The port city is one of the favorite filming locations of the Hallmark network where many iconic movies have been shot. Now, let’s take a closer look!

‘Five More Minutes’ was shot in Vancouver, which is located in the Lower Mainland region of British Columbia. Situated in the third-largest metropolitan area in Canada, the city is one of the major cultural hubs in the country. Due to the extensive presence of production studios, Vancouver is also renowned as “Hollywood North,” a nickname it shares with Toronto. With an astounding cityscape, Vancouver attracts production crews from all over the world.

For the filming of ‘Five More Minutes,’ various pockets of Vancouver were decorated with Christmas lights and trees to bring out the vibrancy of the season. The film crew even decorated and made use of some indoor spaces. Filming in the city was an amazing experience for the cast. Nikki DeLoach, who portrays Clara, spoke about it with a regional media outlet. She said, “We filmed in Vancouver, which is one of my favorite cities. I have spent a great deal of time working in Canada and I always love it. The people are so kind and wonderful. And Vancouver is absolutely gorgeous.”