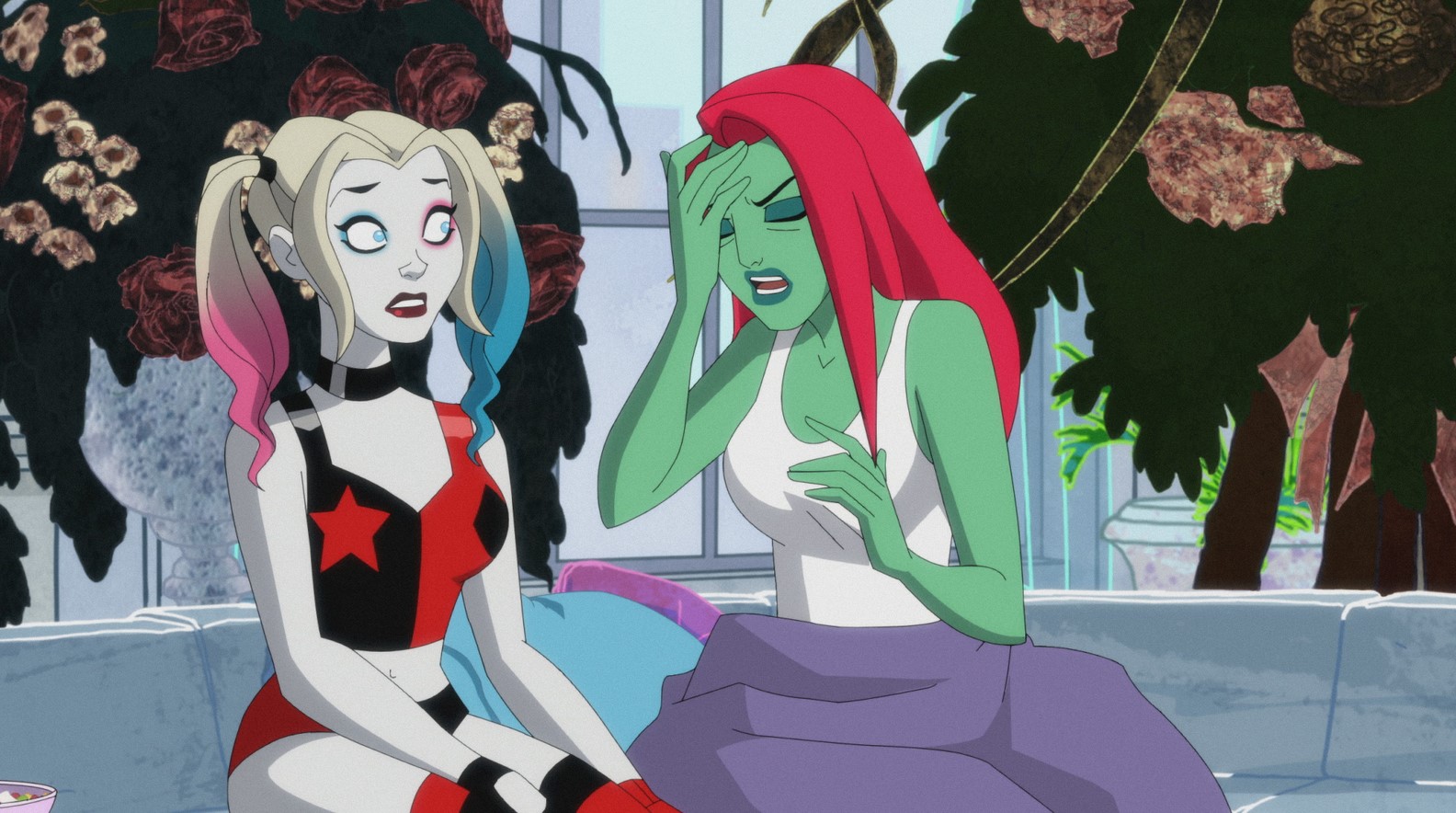 ‘Harley Quinn’ is an HBO Max adult-animated series that revolves around the titular DC Comics character (Kaley Cuoco) and the crew she forms after parting ways with the Joker for good. In season 3 episode 8, titled ‘Batman Begins Forever,’ Harley and Ivy (Lake Bell) torture Bruce (Diedrich Bader), but he doesn’t say a thing, unflinching and uncompromising as always. Out of any other options, Ivy and Harley reach out to the only man who will be willing to take them to a deep dive into Bruce Wayne’s mind — their former teammate, Doctor Psycho. Here is everything you need to know about the ending of ‘Harley Quinn’ season 3 episode 8. SPOILERS AHEAD.

The episode begins as Harley and Ivy try to force Bruce to give them information on Frank’s whereabouts and fail. From Ivy’s visit to the Green, they now know that Bruce is the one that took Frank. Harley kidnapped him in the previous episode because of this. But they soon realize that no matter what they do to the billionaire, he will not say anything. So, they turn to Doctor Psycho. The last time the audience saw him, he revealed Ivy’s infidelity to the Kite Man and the rest of Gotham and was later sent to the Arkham Asylum. in this episode, he is still at the facility and hosts a podcast called ‘Chillin with Doctor Psycho.’ He declares to his listeners that he used to have anger issues, but with the help of Mayor Joker’s reforms, he has much more control over his emotions. But then, Harley and Ivy appear, and Doctor Psycho’s mask of serenity disappears.

This is not the first time Doctor Psycho has taken the rest of the crew on a ride through a person’s mind. In season 1 episode 11, they do it with Ivy. However, when Doctor Psycho sees Bruce, he notes that the billionaire is one of the one-percenters and asserts that these people’s minds are really twisted. He eventually agrees to take the crew into Bruce’s mind under one condition: Harley will appear in his podcast.

The consciousness of everyone except King Shark, who stays back to watch over the bodies, is transported into Bruce’s mind. They soon realize how everything is fundamentally wrong in there. Bruce has suppressed all of his memories save one: the night when his parents were killed. In the face of such bottomless trauma, Dr. Harleen Quinzel emerges from within Harley. She repeatedly tries to stop Joe Chill from killing the Waynes and fails every time. Desperate, she hugs the young Bruce, not letting him see the deaths of his parents. Doctor Psycho, Ivy, and Clayface are then immediately thrown out of Bruce’s mind. After they return to the real world, King Shark leaves after he becomes too stressed, and the rest are captured by Nightwing, Batgirl, and Robin.

Harley Quinn Season 3 Episode 8 Ending: Does Bruce Blame Himself for the Death of His Parents?

It has been long theorized that a part of Bruce blames himself for his parents’ death. Some comics and various adaptations even allude to this. In an episode where other characters literally delve deep into Bruce’s psyche, they realize how much of him has been consumed by the trauma. When Harley is left alone there after rescuing Bruce, she discovers how Bruce‘s trauma has guided his actions over the years. She gains access to his repressed memories and discovers that he is actually Batman. Harley even encounters an older version of herself in Bruce’s mind, and we get to see how much she has changed over the years.

Eventually, when Joe Chill’s mask comes off, he is revealed to be an older version of Bruce. It’s the part of the superhero that is perpetually stuck in self-loathing. He was the one who wanted to go to the movies that evening. He is also the one who convinced his parents to take a stroll through the crime alley. Everything that Batman does is to undo that night, but it never seems enough.

Why Has Batman Kidnap Frank the Plant?

Batman or Bruce’s reasons for kidnapping Frank finally become clear in this episode. Because of Ivy’s Iden serum, Frank can terraform Gotham and bring back plant life. However, Bruce has changed Frank’s DNA enough that the mutated plant can now be used to resurrect dead people. As the episode ends, Bruce tries to revive his parents. He succeeds but inadvertently brings back all the people in the cemetery, basically starting a zombie apocalypse.

Read More: Is Amanda Waller Voiced by Viola Davis in Harley Quinn? Who Plays Her?