Is Bettye McCartt Based on a Real Person? Is She Dead or Alive? 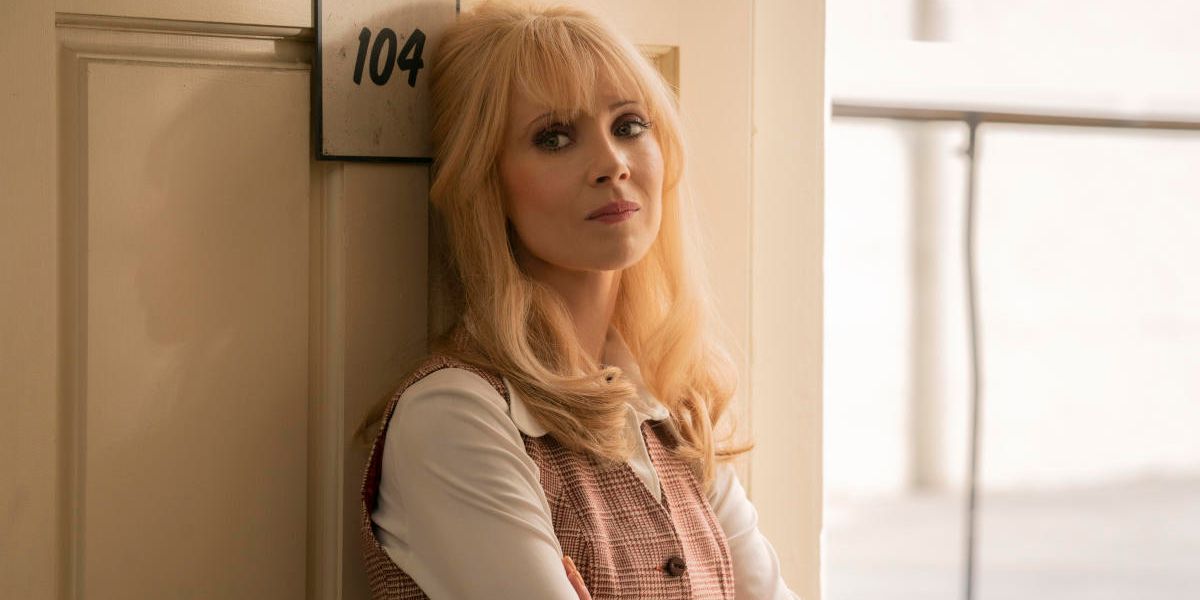 ‘The Offer,’ created by Michael Tolkin, is a biographical drama series that tells the story of the production of ‘The Godfather.’ The film, directed by Francis Ford Coppola and produced by Albert S. Ruddy, is based on Mario Puzo’s bestselling novel of the same name. The show details the trio’s experiences by featuring fictionalized versions of Coppola, Ruddy, and Puzo.

However, the series also highlights the contribution of Ruddy’s fiercely loyal and headstrong assistant Bettye McCartt (Juno Temple). Naturally, viewers must be wondering whether the character is based on a real person and her current whereabouts. if you wish to find out the answers, here is everything you need to know about Bettye McCartt in ‘The Offer.’ SPOILERS AHEAD!

Is Bettye McCartt Based on a Real Person?

Bettye McCartt is introduced in the series premiere episode of ‘The Offer.’ She is the secretary of Albert S. Ruddy, a newly appointed producer at Paramount Pictures. Ruddy’s friend, Bernard Fein, recommends McCartt for the position, and she quickly proves her worth by demonstrating her solid grasp of the developments in Hollywood regarding talent. McCartt and Ruddy bond over their love for movies and form a strong friendship. In the series, actress Juno Temple essays the role of Bettye McCartt. Temple is best known for playing the role of Keeley Jones in the Primetime Emmy Award-winning sports comedy ‘Ted Lasso.’

In ‘The Offer,’ Temple’s character is based on a real person of the same name. Bettye McCartt did work with Albert S. Ruddy in real life. Although not much is known about her early life, McCartt was born on July 4, 1932, and lived in Oklahoma. She later moved to Los Angeles to pursue a career in the Hollywood industry. Initially, McCartt worked as a publicist for 20th Century Fox before working for Ruddy. She assisted Ruddy with the production of films such as ‘The Godfather’ and ‘The Longest Yard.’

Is Bettye McCartt Dead or Alive?

Later in life, McCartt parted ways with Ruddy to pursue a career as a talent agent. Therefore, she was likely not involved in the production of the sequels to ‘The Godfather.’ She formed and owned a talent company called Agency For Artists. McCartt was also a partner in the McCartt, Orck and Barrett Talent Agency. She represented several high-profile clients such as George Clooney (‘Ocean’s Thirteen’), Billy D. Williams (‘Star Wars: The Rise of Skywalker’), Brian Austin Green (‘Anger Management’), and Maureen O Hara (‘The Rare Breed’), to name a few.

In 1975, McCartt began working with actor Tom Selleck, who became a household name in the 1980s by essaying the titular character in ‘Magnum, PI.’ On August 16, 2013, McCartt sadly passed away in Santa Barbara, California, due to heart failure. McCartt was 81 years old at the time of her death. She is survived by her two children — daughter Shannon Alton and son Mark Breeding. Her fictionalization in ‘The Offer’ gives viewers a chance to experience McCartt’s valuable contributions to cinema.

Read More: Is The Offer Based on a True Story?