Is Chippendales’ Bradford Barton Based on a Real Investor? 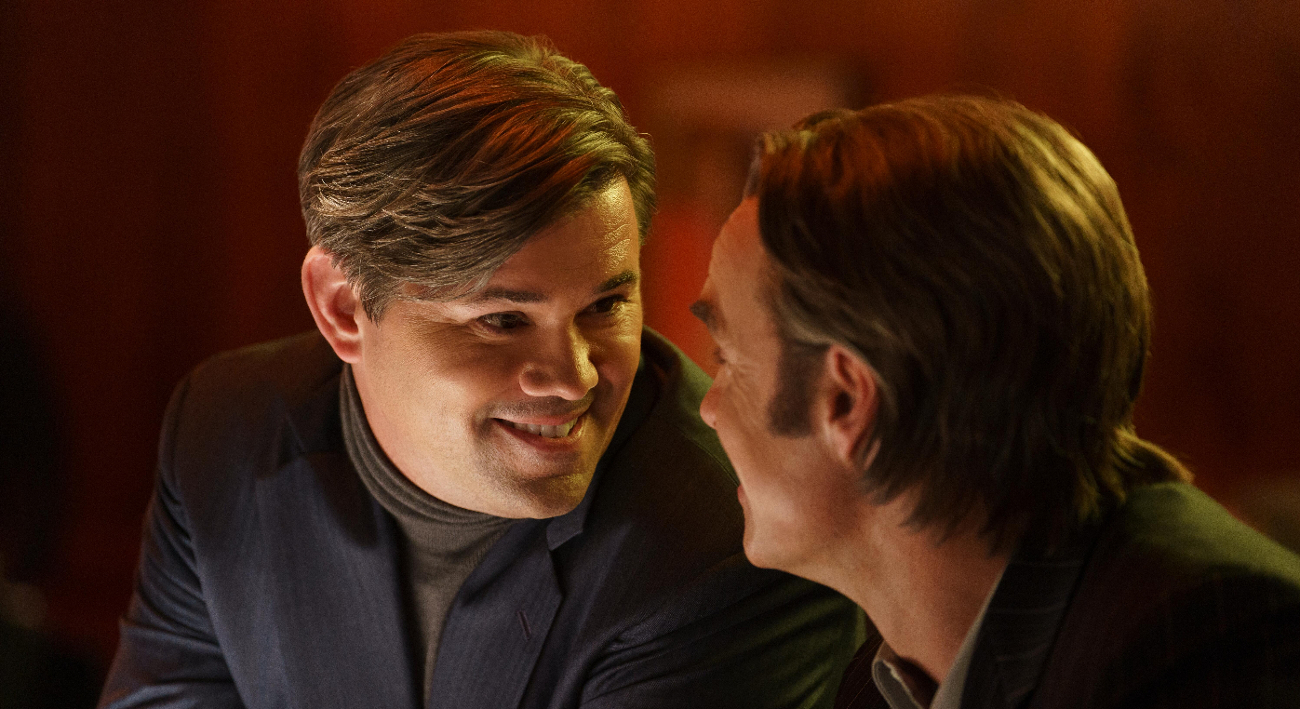 With Hulu’s ‘Welcome to Chippendales‘ charting the early years of the titular exotic establishment, we get a true insight into the way greed, money, and sex turned its entire trajectory upside down. After all, there’s not only cockiness as well as romance but also bitter feuds, brutal racism, and bloody offenses at nearly every turn by founder Steve Banerjee to fulfill his vision of pure success. Yet for now, if you simply wish to learn more about Bradford Barton — the wealthy investor turned choreographer Nick De Noia’s love interest in the limited series — we’ve got the details for you.

Was Bradford Barton a Real Investor?

Although Bradford (played by the incredible ‘Black Monday‘ star Andrew Rannells) is introduced to us as a three-dimensional, charming, rich man, it doesn’t appear as if he has a real-life coequal. In fact, from what we can tell, there was seemingly no particular outside financial backer to help Nick take Chippendales from Los Angeles to New York or from the City to thriving national tours. Yes, there was contention between the choreographer and Steve, but the first time the former landed a show spot in the Big Apple was under different circumstances than portrayed in the series.

According to the 2014 non-fiction book ‘Deadly Dance: The Chippendales Murders’ — the inspiration behind the Hulu original — Nick actually pursued New York as a way to diffuse the tension at first. “He found a club in Manhattan called Magique, whose owners, two brothers, were interested in hosting the Chippendales sensation,” the K. Scot Macdonald and Patrick MontesDeOca source text reads. “In October 1983, De Noia approached Steve with the idea of opening a second Chippendales at Magique. Not wanting De Noia to work for a rival club, Steve agreed.”

Magique reportedly made nothing short of a fortune within a month of opening, leading Nick to call the entire Chippendales concept “The most important entertainment for women in the world.” However, this just led to further disputes between the two men because the creative director felt he deserved more in terms of compensation as well as recognition. “De Noia once again threatened to leave and create a rival show somewhere else,” the book reveals. “Steve knew that De Noia was planning a new review called US Male, complete with a postage stamp logo, which De Noia would own completely. Steve threatened to sue.

Therefore, by the time 1985 rolled around, both Nick and Steve had had enough, driving the professional entertainer to make an offer; “He would give up his rights to the New York show in exchange for half of any touring profits. Surprisingly, Steve agreed. He grabbed a paper napkin, wrote [a contract, signed it]… with a flourish, and threw it at De Noia.” The deal was thus made, following which the former reportedly decided to stick around his roots in New York.

With all this said, if a counterpart for Bradford did exist in the real world, he had a much more personal role than a professional Chippendales one in Nick’s life — and we believe it could be Will Mott. There honestly isn’t much information available on him except from a single blog post, so we only know he was a talent agent whose association with his closeted male eventual co-worker was close. It was actually quite like the one on-screen Nick shares with Bradford.

“There was one other positive attribute to Nick, and that was that Will Mott had loved him,” the aforementioned post states, in part. “I could see that he did, although Will mentioned it outright on only one occasion. The sentiment may have been one-sided, but Nick never took advantage of that, as far as I could tell. Nick held his secret preference for men rabidly, assuming a personality that was a sort of caricature of a heterosexual man.”

Read More: Is Otis Mccutcheon Based on a Real Chippendales Dancer?