Is Christmas With the Campbells Based on a True Story?

Directed by Clare Niederpruem, ‘Christmas With the Campbells’ is a romantic comedy movie set against the backdrop of Christmas. It follows Jesse,  a photographer who is excited to spend Christmas with her boyfriend Shawn and his parents. However, he unexpectedly dumps her just before the holidays. Nursing a broken heart, Jesse prepares to be alone when Shawn’s parents suddenly invite her to celebrate Christmas with them since he is away. There, she bumps into his handsome cousin, David, and sparks fly immediately.

As Jesse and David spend time together, they get attracted to each other, making her conflicted about what to do. The Christmas movie is full of comedic moments and features heartwarming performances from talented actors like Brittany Snow, Justin Long, and Alex Moffat. Moreover, the relatable and flawed characters and the realistic portrayal of small-town charm and imperfect love make one wonder if ‘Christmas With the Campbells’ is rooted in reality. If you are curious to find the answer to this, we have you covered!

Is Christmas With the Campbells a True Story?

No, ‘Christmas With the Campbells’ is not based on a true story. The hilarious original script is the brainchild of Dan Lagana, Vince Vaughn, and Barbara Kymlicka. In a November 2022 interview with Collider, Vaughn shared how he came up with the idea of merging Hallmark-like holiday movies with adult comedy. Interestingly, co-writer Kymlicka and director Clare Niederpruem have vast experience working on Hallmark productions, which came in extremely handy in this movie. 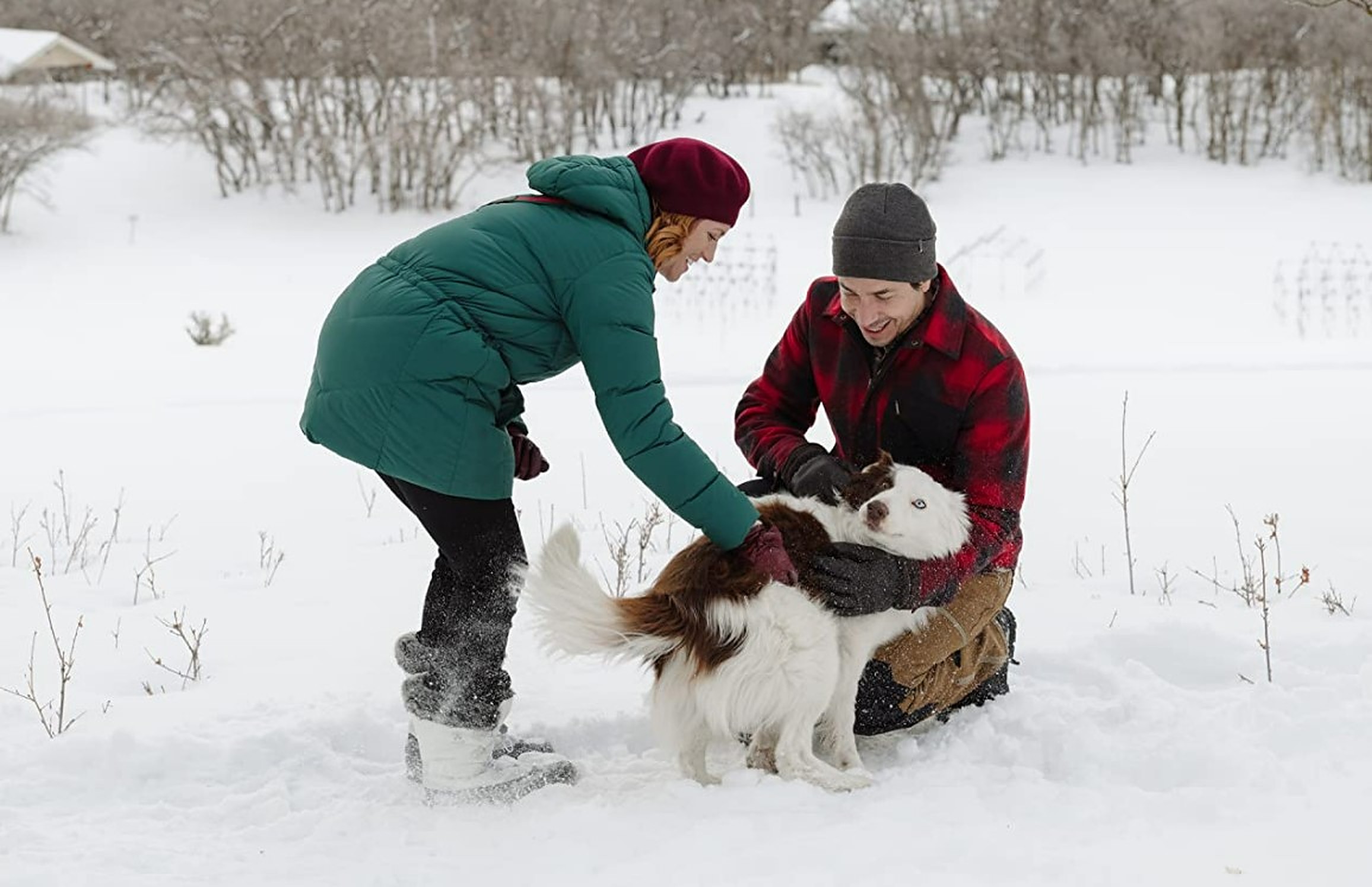 Vaugh said, “Yeah. I kind of thought of it because my wife watches Hallmark, and I’m a bit of a cynic sometimes. So I’m like, I get the wish of the girl leaving the six-figure job in New York to go with the mysterious woodsman, but it’s not without fear that something like this is something you can’t just jump into. But inevitably, in watching it, you do kind of get caught up in the hope. I think there’s something with the holidays and Christmas, and romance in general, where we all want to believe that there’s a chance for this, against all the odds, for true love to show up, and so it’s why the movies really work.”

The actor further elaborated how he and co-producer Peter Billingsley ensured to hire those who had priorly worked in Hallmark movies for the crew and creative team, as they were well-versed on how such films are made. Vaughn divulged how he and his co-writers created the script by tweaking Kymlicka’s original draft. Once the draft was finalized, the team brought Dan Lagana to work on the dialogues and infuse them with the humor Vaughn was looking for.

“Barbara [Kymlicka]. She wrote a great script, and then once she completed it, we shared the idea with her. We said, “We’re going to go through and change the dialogue, commit the characters to be more adult and the language to be more R, stronger points of view, but we’re going to keep the scenes and the sequences the same,” and thankfully she was super excited and on board,” Vaughn added. Indeed, the unique part of ‘Christmas With the Campbells’ is how the characters are far from perfect and speak whatever is on their mind.

Besides, the movie dissects the notion of love being only rosy and pleasant and talks about how it can hurt you just as severely. Instead, it really is about being your authentic self with someone, however messy that may be. All this sets it apart from other movies in the Christmas rom-com genre, which often present a rather glossed-up version of relationships and heartbreak. Thus, despite ‘Christmas With the Campbells’ being a work of fiction, it wins the audience’s hearts with its honesty.