Is Colin Woodell’s Buckley Ware in The Flight Attendant Season 2? What Happened to Him? 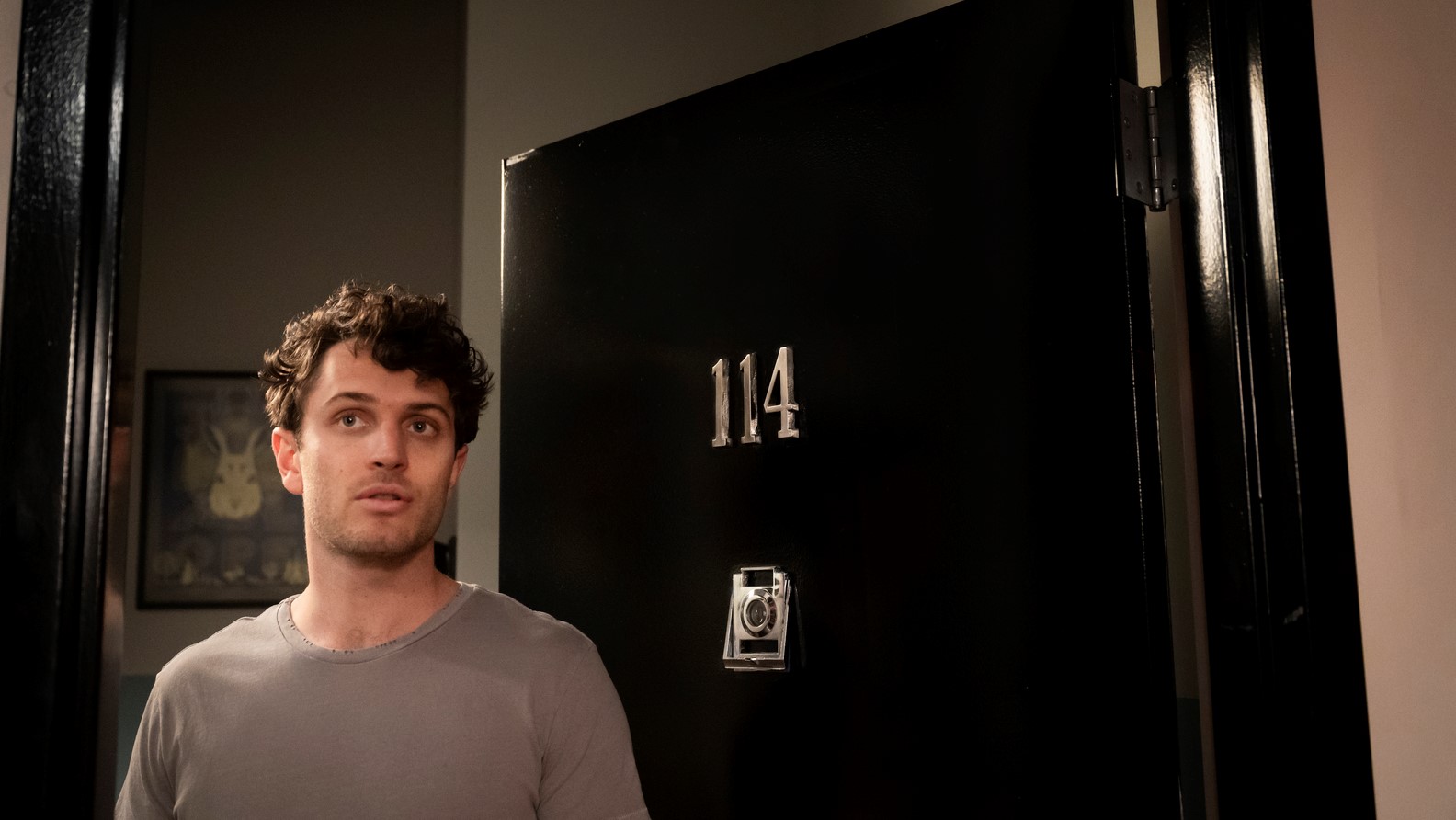 Buckley Ware or Feliks is one of the main characters in ‘The Flight Attendant.’ Victor, the top-tier executive at Lionfish, sent him to find out where the information about the money that Alex Sokolov took was. However, Feliks ended up killing Alex before he could confirm the correct location. He becomes obsessed with the protagonist, Cassie.

Pretending to be Buckley Ware, he meets Cassie and makes her believe that he is an out-of-work actor and as uninhibited as her. They end up having sex that night. Buckley continues to appear throughout the series. He later reveals that he has been following her all along. If you are wondering where Buckley Ware is in season 2, we got you covered. SPOILERS AHEAD.

Is Colin Woodell’s Buckley Ware in The Flight Attendant Season 2?

Buckley Ware or Feliks is portrayed by American actor Colin Woodell. According to most reports, he is not part of the cast of the second season. However, given that Buckley is alive at the end of the first season, there is a chance that he might return in the future. Now, it’s always possible that the show creators have decided to keep his involvement in the sophomore season a secret, and he might show up in one of the later episodes. Either way, unlike in the first season, he will not be part of the main cast.

Woodell is currently busy with other projects. He appears as John in the comedy film ‘I Love America’ and as EMT Scott in Michael Bay’s action-drama film ‘Ambulance.’ He is currently working on the TV miniseries ‘The Continental,’ a prequel to the ‘John Wick’ saga. His character is the younger version of Winston Stott, played by Ian McShane in the films.

What Happened to Buckley Ware?

In season 1 episode 7, titled ‘Hitchcock Double,’ Cassie finally learns the real identity of Buckley Ware. Before she sees him, Miranda lets her know how terrifying Feliks is. He has no problem killing women and children. In one instance, he even killed several cats by gutting them and then hung the carcasses from a tree. After managing to evade Buckley, Cassie and Miranda decide to go to Rome and set up a trap for the psychotic assassin.

In the season finale, Miranda misses the plane and goes to confront Victor, from whom she learns the exact circumstances of Alex’s death. However, Buckley later renders her unconscious. In the climactic scene, Buckley stabs Enrico, Cassie’s Italian lover. Cassie stabs Buckley and later shoots him with the gun she got from Enrico’s grandmother. She only manages to hit him in the leg.

Eventually, Shane Evans — Cassie’s friend, colleague, and secret CIA operative — barges into the room and shoots Buckley, but he survives. The last Cassie and the audience see him is when he is taken out of the hotel on a stretcher. As mentioned above, Buckley doesn’t die at the end of the first season. At present, he is likely incarcerated at some maximum-security prison.