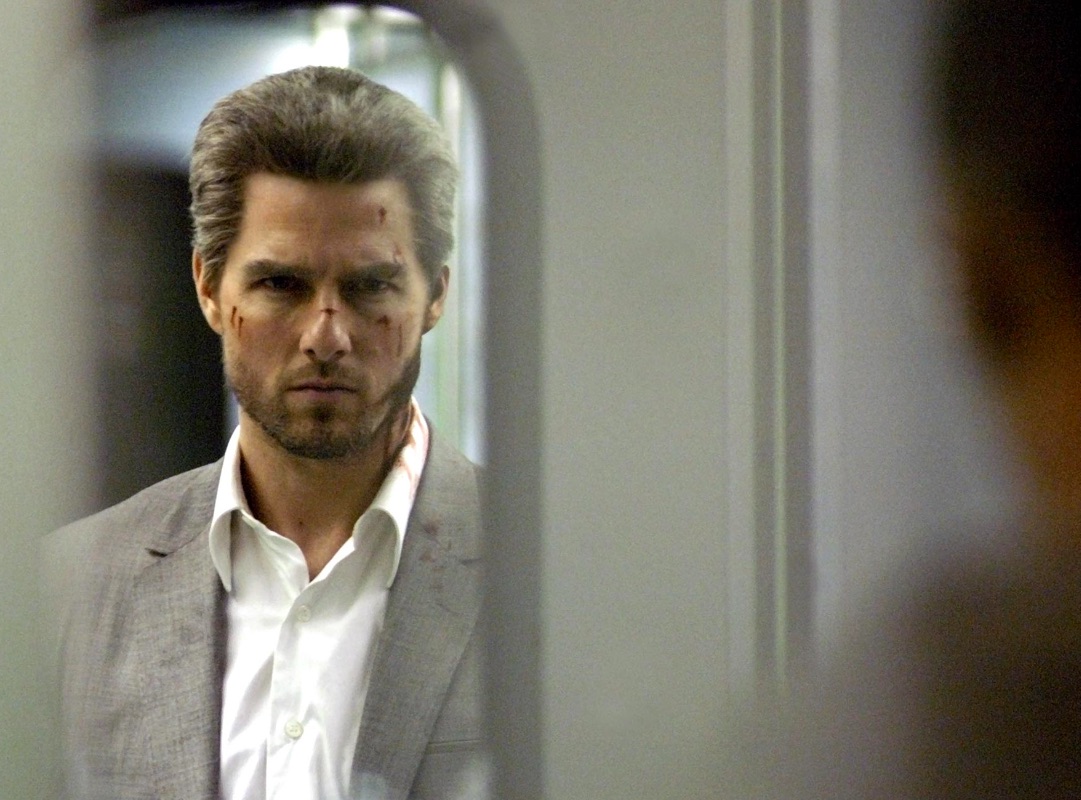 Tom Cruise might be best known as the face of the ‘Mission: Impossible’ films nowadays, but a look into his career before the years of his hit espionage series shows that he has some very compelling roles to his credit, such as 2004’s ‘Collateral.’ Considered one of his most underrated films, it follows a cab driver who picks up a hitman and becomes embroiled in a string of murders throughout one night.

Directed by Michael Mann, the Academy Award-nominated action thriller also stars Jamie Foxx and Jada Pinkett Smith, with the former having received a nomination in the Best Supporting Actor category. The movie primarily received acclaim for its gritty storytelling and serving a compelling set of characters. So, if you are wondering about the story’s origins and whether or not it is based on real life, then here’s what you should know.

Is Collateral a True Story?

No, ‘Collateral’ is not based on a true story. It has been adapted from an original script written by Australian writer-director Stuart Beattie. The idea came to him when he was barely seventeen and was riding a cab alone for the first time. Beattie started talking to the cab driver, and by the time the ride was over, the two of them had chatted about many things, making him stop and think. “I had one of those bizarre sicko thoughts, which was like, ‘Man, I could be some homicidal maniac sitting back here, and here we are talking like best mates, and you’ve got your back to me. And it just grew from there,” he said. 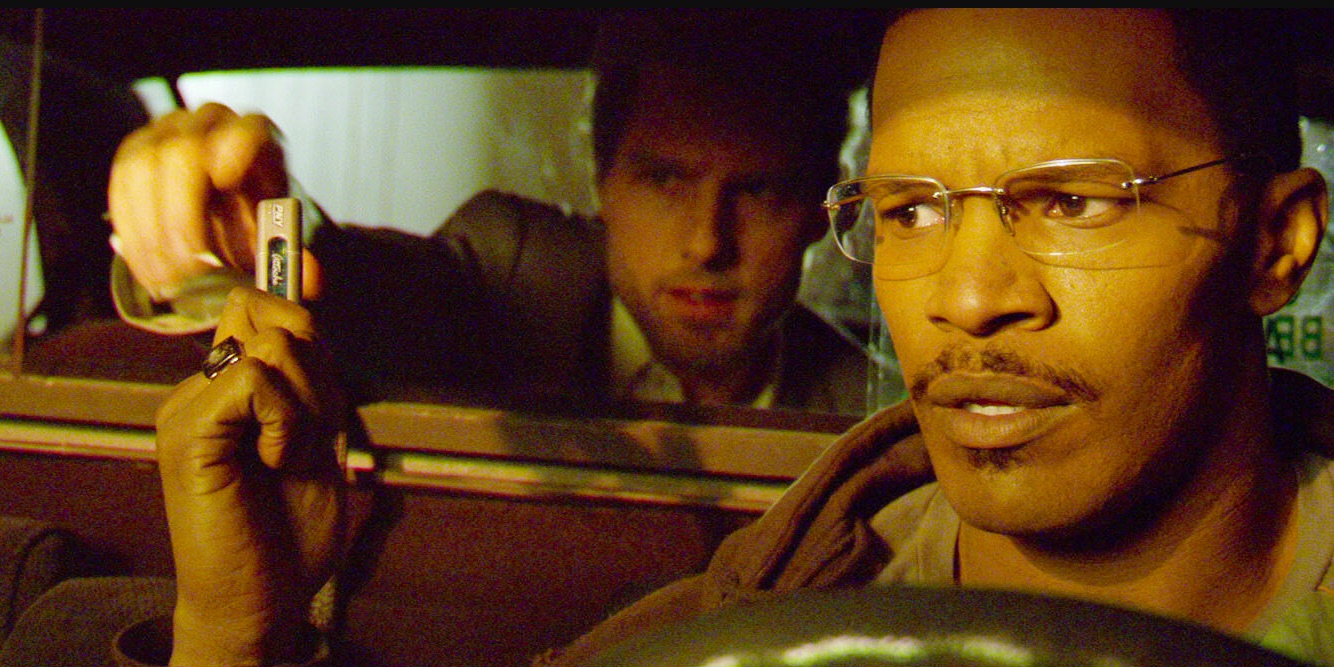 Setting a story in a taxi cab was an alluring idea because Beattie considers them “unique islands in modern society.” “The two rules you get taught growing up: don’t get in a car with a strange person and don’t pick up hitchhikers. And that is like the basis of cab transactions every day,” he shared. According to Beattie, the cramped space of a cab would not only allow more tension in the story but would also put the hero and the villain in close proximity, which is when “you start to get into the real meaty stuff.”

Beattie wrote the first draft for the film in 1991, then titled ‘The Last Domino,’ which looked completely different from how the final version turned out. Furthermore, the story was set in New York, though the location was changed to Los Angeles at the behest of director Michael Mann. Beattie was not bothered by this change; as long as a crowded city was the setting, he would be fine with it. Moreover, it was the point that this story could take place anywhere and nowhere in particular, somewhat like Tom Cruise’s mysterious hitman Vincent.

Vincent’s everyman look was an essential part of his character because he is the kind of person who blends in with his surrounding. Anonymity is key so that even if he leaves behind witnesses, no one can come up with a distinctive portrait of him. By the time Beattie finished the script’s final draft, he had a clear idea of his characters. Even though very little is revealed about them, considering that the story takes place over the course of one night, the writer and the director came up with detailed backgrounds of the characters to share with the actors to help them understand their roles better. 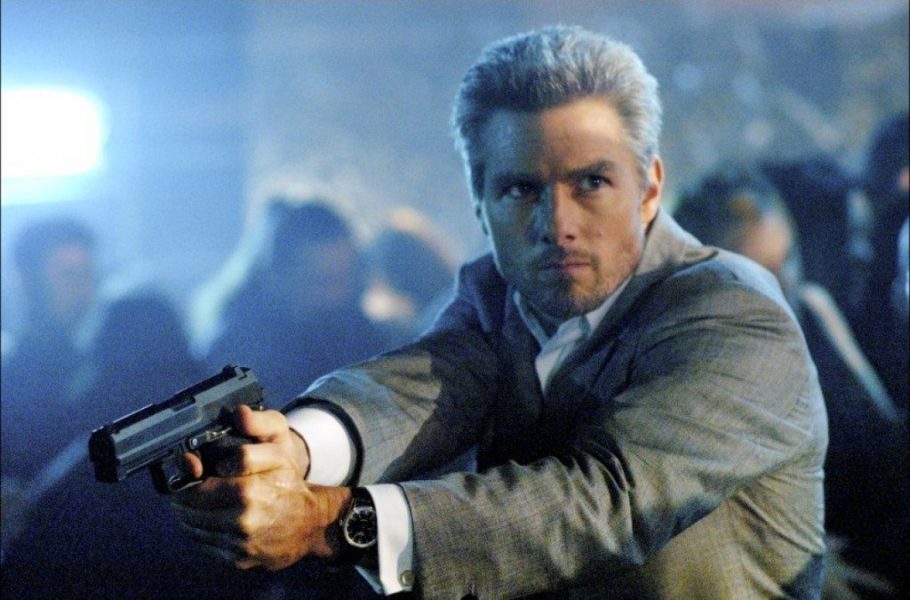 But all of that required a lot of research and insight into the jobs that their lead characters were supposed to have. For Foxx’s character, Max and Beattie spent much time with cab drivers. “We went driving round with cabbies, hanging out and just doing shifts and really getting to know their world so I could get inside Max’s head,” he said. For Vincent, he relied on interviews and the material available regarding the work ethic and the patterns of contract killers. Interestingly, he had boiled down Vincent’s mindset into a scene that didn’t make it into the film.

“There was a scene in the script that they cut from the film that was all about what ‘Collateral’ is, and I liked the scene because it really got into the mindset of Vincent, which was saying I’ve killed 40 people and 3 collaterals. And what is collateral? Well, it is innocent bystander-type people. People in the wrong place at the wrong time. And Max said, does that bother you? And it is like, sure it does, nobody likes working for free. It is getting into that kind of mindset, and once you’ve got that mindset down, you can write and write and write, and it is fun. You are inside someone else’s head, in a sense. So that is really what the research does for me, I get into people’s heads,” Beattie added.

With limited time and space, the characters of ‘Collateral’ bear the responsibility of bringing depth and gravity into the story, and actors Tom Cruise and Jamie Foxx carry that marvelously. Considering the time and the research that Beattie put into writing it and the job well done by the cast and crew, we can say that while the film is not based on an actual event, it certainly ingrains itself with a raw and ragged form of reality which is what makes it such a good watch.