Is Dumb and Dumber Based on a True Story? 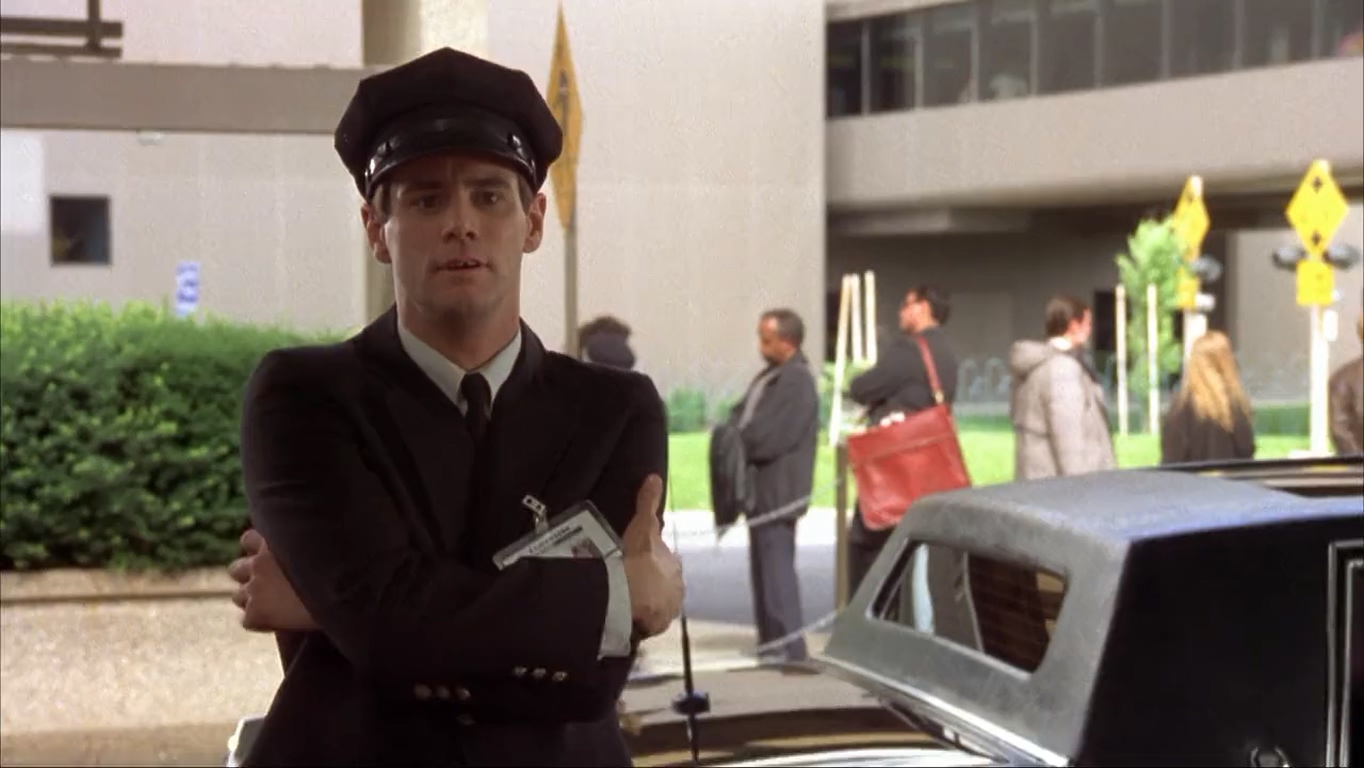 Peter Farrelly’s directorial ‘Dumb and Dumber’ is one of the most iconic comedy road trip mash-up movies. It follows Harry and Lloyd, two dimwitted roommates, on their cross-country road trip. Lloyd is a limousine driver by profession, and he falls in love with a woman he takes to the airport. The woman leaves her bag at the airport, and Lloyd thinks of embarking upon a grand trip to Aspen with his buddy Harry to return the woman her bag. Meanwhile, absurd situations and shenanigans ensue, involving wrong turns, leaking patrol, and hostile encounters. Following its release, the movie gained quite a cult following. However, you must wonder if there is any grain of truth in the bonkers story. In that case, let us keep you updated.

Is Dumb and Dumber a True Story?

No, ‘Dumb and Dumber’ is not based on a true story. However, there may be some truth in the bonding of brotherhood that the film chronicles. The movie is practically the brainchild of the Farrelly Brothers, director Peter Farrelly and his brother, Bobby. They were trying for quite a while to launch their movie, and Peter’s brother and agent encouraged him to create a movie of his own. Chicago filmmaker John Hughes (who made iconic movies like ‘The Breakfast Club‘ and ‘Ferris Bueller’s Day Off‘) initially came up with the movie’s concept and hired writers to complete the screenplay. But later, he gave away the movie’s rights to them for direction, on the condition that his name is removed from the project. 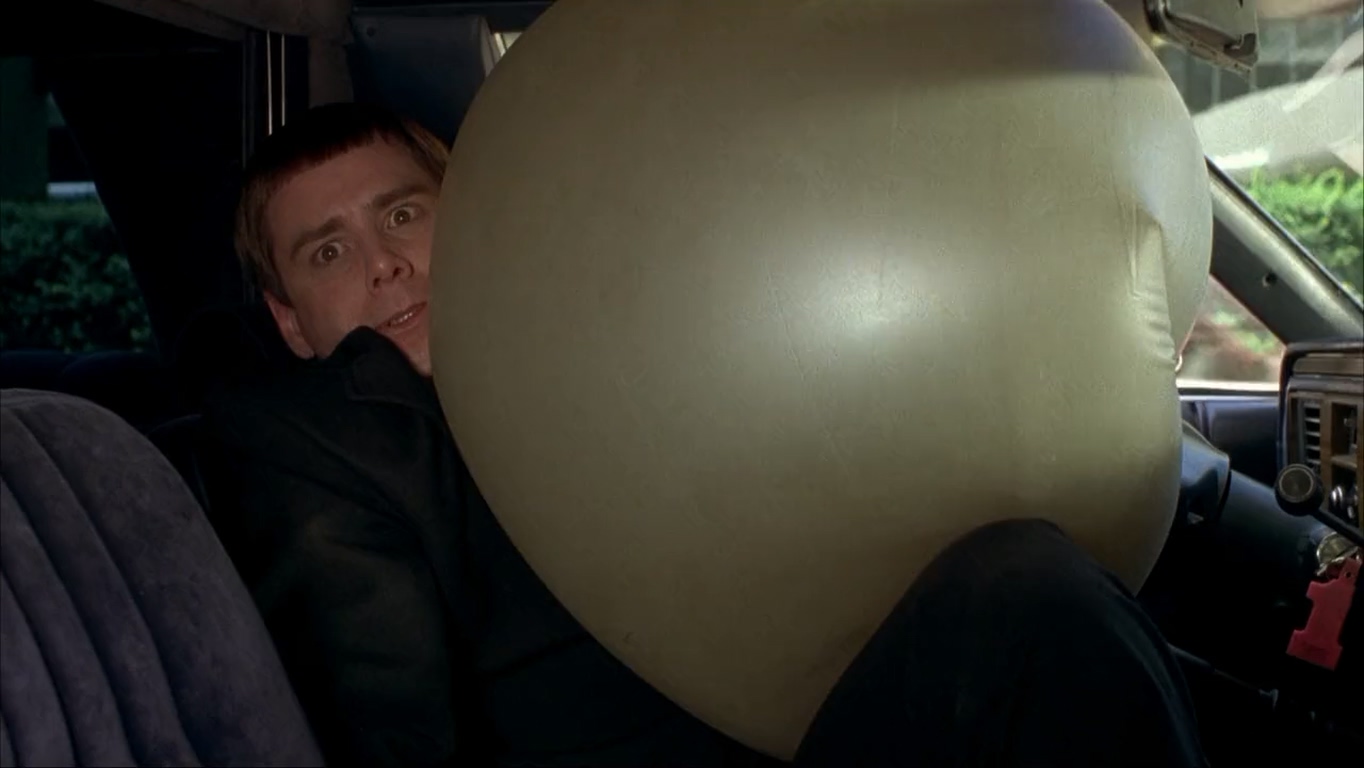 The final credit for the screenplay goes to Peter Farrelly, Bennett Yellin, and Bobby Farrelly. The script’s brilliance lies in championing the over-the-top characters and situations rather than constructing a coherent story. Harry and Lloyd’s names are a nod to the silent-era actor Harry Lloyd. The movie was the feature debut for the Farrelly brothers, who were looking for a chance. It came in 1994 when Tom Shadyac’s directorial debut ‘Ace Ventura: Pet Detective’ was released. Looking at the response to the film, Jim Carrey wanted to do more projects with fresh directors.

After a positive first encounter with the Farrelly brothers, the actor became interested in the project. When they saw his acting in ‘Ace Ventura: Pet Detective,’ they knew they had struck gold. However, Jim Carrey was not the first choice for the Farrelly brothers, who considered Corey Feldman, Steve Martin, Martin Short, and Gary Oldman to play the role. Regardless, he squeezed $7 million out of the production as he was coming out of the breakthrough success of ‘Ace Ventura: Pet Detective.’ It was also almost half the film’s budget, but New Line Cinemas was ready to take the gamble, which paid off.

Jim Carrey’s chipped tooth in the movie is also natural, caused by a fight with a classmate in his childhood. Further challenging was finding a face for Harry. Initially, Nicolas Cage was approached for the role, who opted for a $2 million increase over the offered sum. Chris Elliot and Rob Lowe were also considered for the position. However, the part later went to Jeff Daniels, thanks to Peter Farrelly and Jim Carrey’s insistence. Daniels was offered a modest sum of $50,000 for the position, and even his agent feared that the part would destroy his career.

However, till 1994, the movie was the most successful in Daniels’ career. Daniels would later jokingly comment that the toilet scene is his Oscar clip. Jeff Daniels was once in a golf session with Clint Eastwood. Eastwood told him that he had seen the movie and could relate to the bathroom situation as it had happened to him while he was out on a date. Therefore, filled with relatable problems and uproarious shenanigans, ‘Dumb and Dumber’ sets a new bar for slapstick comedy, even if it is not based on a true story.

Read More: Where Was Dumb and Dumber Filmed?