Is Emily VanCamp Pregnant in The Resident? 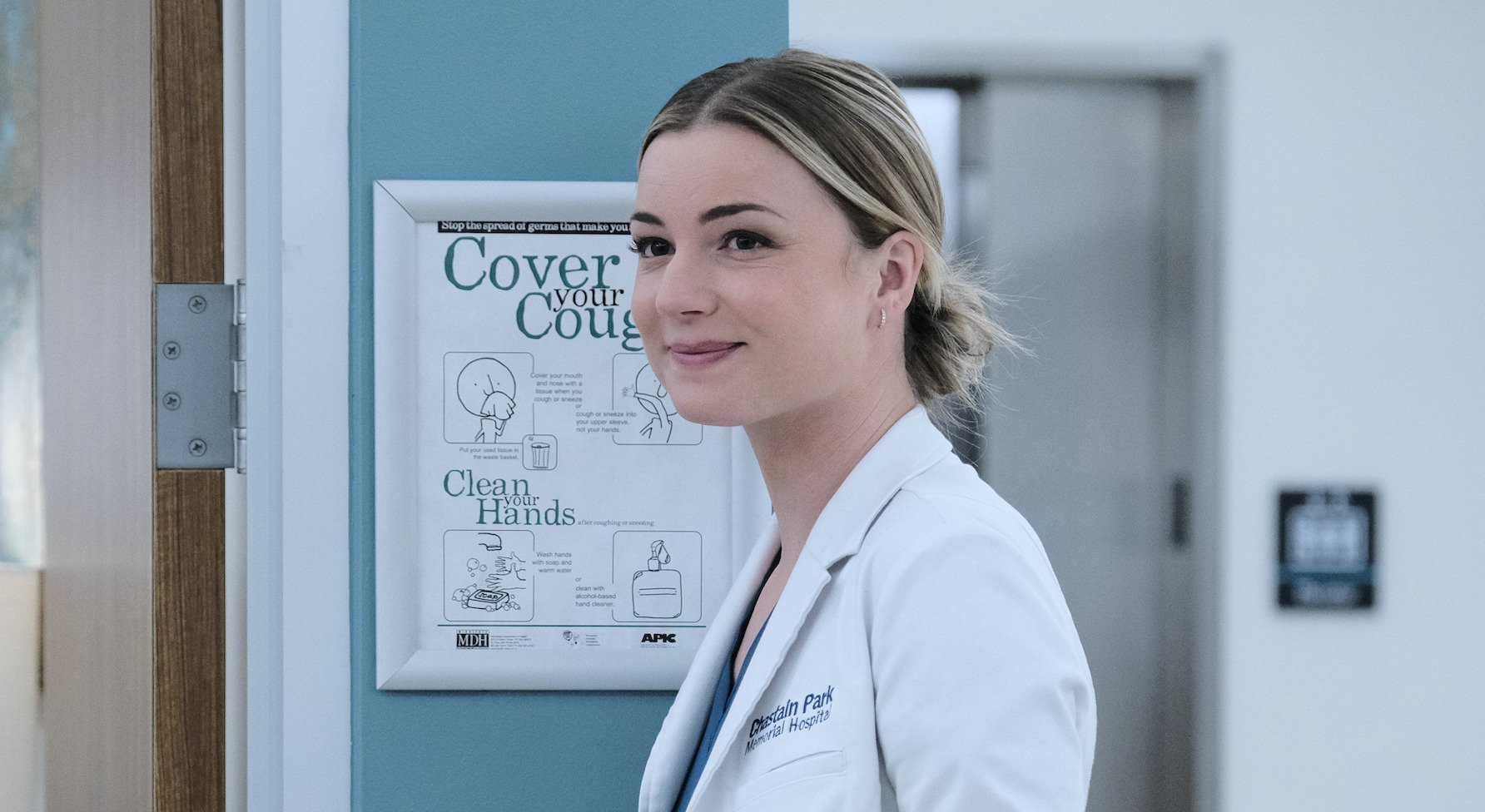 Emily VanCamp portrays Nicolette Nevin, AKA Nic, in the Fox medical drama series called ‘The Resident.’ Nic is a nurse practitioner and a valuable member of the team at the fictional Chastain Park Memorial Hospital. In the season 4 premiere, Nic and Conrad finally get married after years of their will-they-won’t-they relationship. In the following episode, Nic tells Conrad that she is pregnant. The episode aired on January 19, 2021, and the fans cannot stop wondering if the actress is pregnant too. The latest victims of such speculations are Paige Spara from ‘The Good Doctor’ and Simone Missick from ‘All Rise.’ On the other hand, it is common for writers to incorporate a pregnancy storyline if an actress is indeed expecting a child. So, is that the case with VanCamp? We were just as curious as you are, so we dug into the matter, and here is what we found!

Is Emily VanCamp Pregnant in The Resident?

In the second episode of season 4, Nic and Conrad are surprised to learn that they are expecting a child so soon after their wedding. They have stressful jobs, and having an unexpected pregnancy as a newlywed can be quite daunting. We have already seen that the couple goes through very trying times as a pregnant Nic gets stabbed in the fifth episode of the season, which threatens her life and their baby’s. However, it is only the character Nic and not actress Emily VanCamp who is currently going through the challenges of pregnancy. 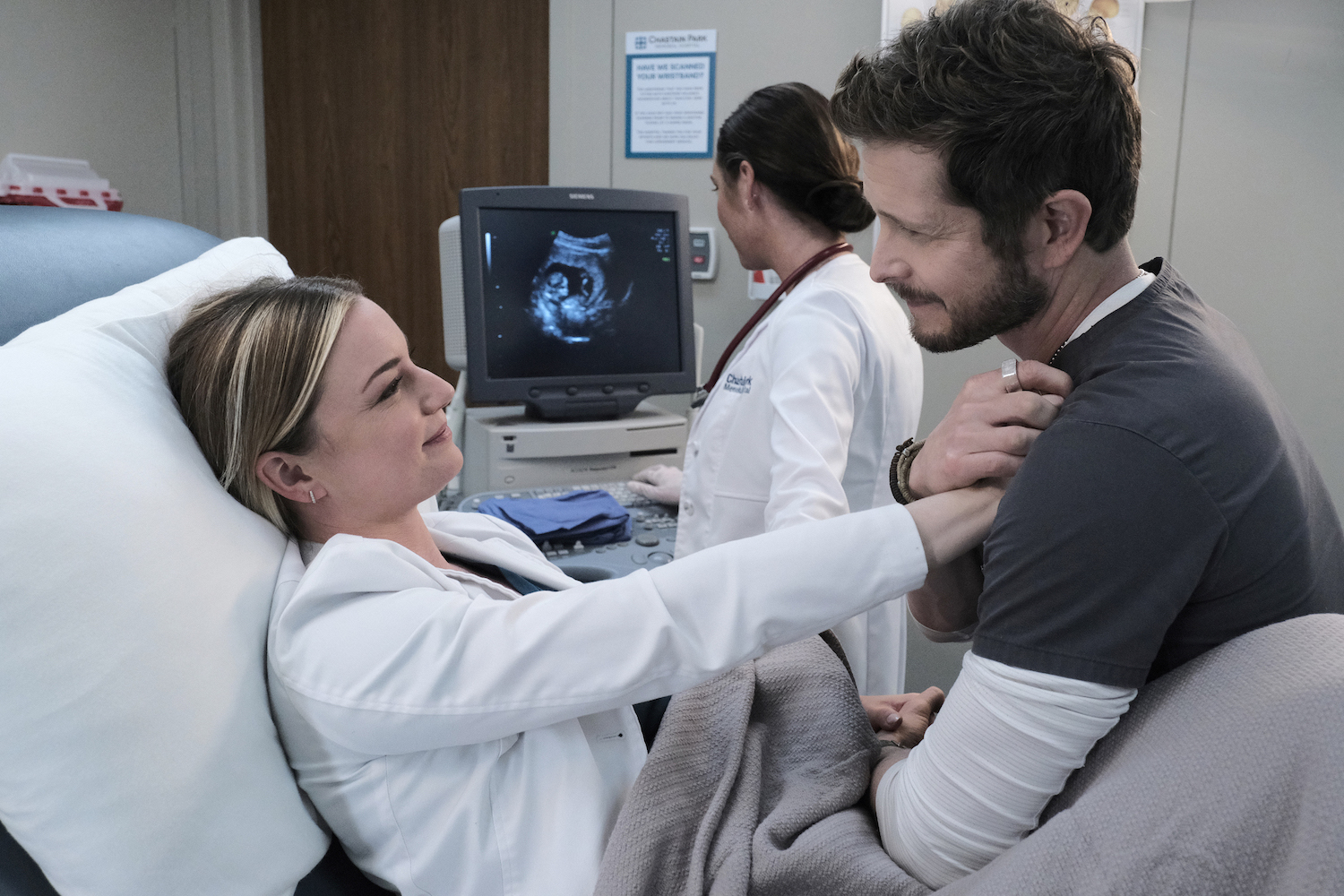 In February 2021, VanCamp told Entertainment Weekly that she enjoys the benefits of playing a pregnant woman onscreen since her character indulges in all the things she likes to eat. She also said, “Yes, I’m wearing a prosthetic belly, which has been interesting because it has to continuously grow. We’re constantly trying to figure out what the right size should be. But it does give me a little leeway to indulge a little bit more than I normally would.” A month before this interview, her co-star Matt Czuchry who plays her on-screen husband Conrad, also confirmed that the actress wore a fake belly during filming.

VanCamp married her ‘Revenge’ co-star Josh Bowman in December 2018. Although the couple does not have kids yet, the actress is keen on starting her own family someday. In 2014, she made an appearance on ‘The Meredith Vieira Show’ and said that although she was happy being an aunt to her sisters’ kids, she would love to have children of her own.

The fans of the show may remember that Nic had been pregnant earlier. In season 2 episode 3, she had a miscarriage. Matt Czuchry emphasized that an experience like that in the past has a strong effect on a person’s emotions and mental health. Add to that the trauma of being stabbed; Nic is not having the best of times. However, Nic and Conrad have a lot to overcome. The executive producer Andrew Chapman shared that the fourth season will explore the couple’s relationship. He said, “We want to show what a strong marriage looks like, especially when they’re doing heroic things like saving lives.” So, there are many exciting things on the horizon for this power couple, in addition to having a child.