Is Gary Yamamoto a Real CMS Employee? Where is He Now? 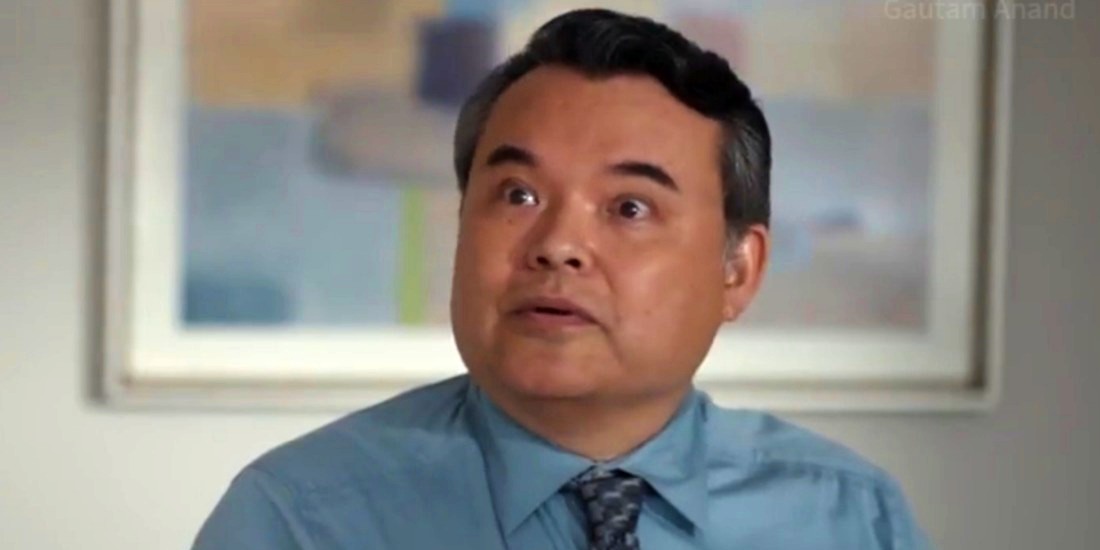 ‘The Dropout’ tells the story of Elizabeth Holmes, who founds the biotech company, Theranos after dropping out of Standford. However, she faces numerous challenges in keeping her company afloat. In the aftermath of John Carreyrou’s article questioning Theranos’ business practices and technology, the company comes under intense media scrutiny.

As Theranos’ legal issues begin to mount, Elizabeth and her team face a new challenge when they come under investigation from the Centers for Medicare and Medicaid Services (CMS). As a result, an employee of the CMS, Gary Yamamoto, is tasked with verifying Theranos’ labs. Since the series is based on real events, it is natural for viewers to wonder whether Gary Yamamoto in ‘The Dropout’ is based on a real person. In that case, here is everything you need to know!

Gary Yamamoto appears in the eighth and final episode of ‘The Dropout,’ titled ‘Lizzy.’ He is an employee of the Centers for Medicare and Medicaid Services (CMS) sent to check Theranos’ lab standards, their testing practices, and overall quality of work. The CMS is a federal organization under the United States Department of Health and Human Services (HHS) that is responsible for verifying and certifying clinical laboratory quality standards. The CMS is informed of the malpractices at Theranos by former employees Erika Cheung and Tyler Schulz.

Actor Peter James Smith essays the role of Gary Yamamoto in the series. Smith is known for playing recurring and guest roles on several popular shows, such as ‘The Rookie,’ ‘Upload, and ‘Never Have I Ever.’ Some viewers might recognize Smith from his performance as Greg McCarty in ‘Bosch.’ Smith’s character in ‘The Dropout’ appears to be based on a real person of the same name who was a part of the CMS investigation of Theranos’ lab practices and clinical testing methods.

According to Cheung, she had sent an email directly to Yamamato leading to the investigation of Theranos. Yamamoto worked as a field inspector for the CMS, and his report on Theranos was clinical in the company’s downfall. Yamamoto’s report also highlighted that Theranos’ labs did not show any innovative lab testing methods as the company had claimed. Ultimately, based on the research and inspection of Yamamoto’s team, the company’s CLIA certificate was revoked, which prohibited one Theranos lab from conducting any kind of tests.

Where is He Now?

Not much is known about Gary Yamamoto’s personal or professional life outside his work with Theranos. Yamamoto likely continues to work for the CMS as a lab consultant. Yamamoto is reportedly based out of the Windsor Mill neighborhood of Baltimore County, in Maryland. However, he primarily works in Washington, DC. Yamamoto prefers to keep his personal life private and hasn’t revealed details about his family. He also does not appear to be active on any social media platforms.