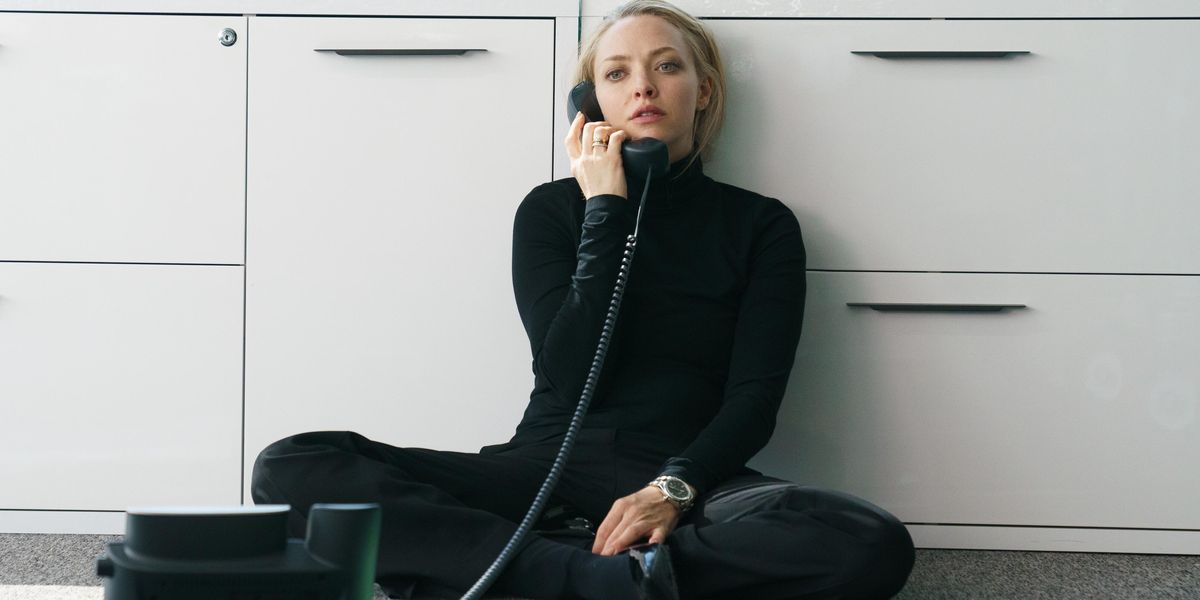 ‘The Dropout’ reaches its climax with the eighth episode that sees Elizabeth Holmes and her startup, Theranos, reaching rock bottom. In the episode, the Centers for Medicare and Medicaid Services (CMS) investigates Theranos’ labs, and their report proves to be a major blow for the company. Meanwhile, Elizabeth and Sunny’s personal and professional relationship sours after Elizabeth makes a shocking decision. In the end, Theranos’ future is at stake, and Elizabeth faces overwhelming odds to save her company. If you are looking for answers about Elizabeth and Theranos’ fates, here is everything you need to know about the ending of ‘The Dropout’ episode 8! SPOILERS AHEAD!

The eighth and final episode of ‘The Dropout’ is titled ‘Lizzy.’ It opens in the aftermath of John Carreyrou’s article exposing Theranos spreading across media and the general public like wildfire. Elizabeth goes into damage control mode and speaks with all her board members. She claims that Carreyrou’s article is filled with falsehoods and calls him a sexist reporter. On the other hand, Sunny Balwani tries to keep Walgreens from backing out of their deal with Theranos.

Elsewhere, Carreyrou is agitated by the fact that none of the board members of Theranos have resigned and continue to support Elizabeth. His editor, Judith Baker, encourages Carreyrou to continue writing about Theranos. She suggests he try to convince Tyler Shultz to speak on record against Theranos.

Meanwhile, Erika Cheung and Tyler inform the Centers for Medicare and Medicaid Services (CMS) about the lab inconsistencies of Theranos. Later, Tyler speaks with his grandfather, George Shultz, and encourages him to speak out against Elizabeth and Theranos. However, Tyler leaves after George asks him to get out, leaving their relationship at a bitter point. CMS employee Gary Yamamoto arrives to investigate the Theranos labs. Sunny tries to speak with Gary and manipulate the situation to Theranos’ advantage, but Gary completes his report.

The report is published, and Theranos labs are shut down. Elizabeth tries to pin the blame on Sunny and asks him to step down as COO. However, Sunny suggests they rebuild Theranos with a new product and take the company to a breakeven point. Nonetheless, Elizabeth goes behind Sunny’s back and informs the board that he is stepping down. Later, Sunny and Elizabeth break up. George speaks with Carreyrou and accepts that he was wrong in judging Elizabeth. He asks Carreyrou to publish a statement about Tyler’s integrity. Theranos faces an uncertain future while Elizabeth’s personal life takes a new turn.

The Dropout Finale Ending: Is Theranos Shut Down?

Towards the episode’s end, The CMS report is published, and Elizabeth tries to control the damage by giving an extensive media interview. However, Elizabeth’s efforts fail to yield any results, and one of her labs is shut down by the CMS. There is still hope as Elizabeth wishes to rebuild the company with new leadership. She mentions the same during a 2017 deposition. Nonetheless, Theranos’ days are numbered, and the company is near bankruptcy. In the episode’s final moments, we see Elizabeth in an empty Theranos office, strongly implying that the company has seized operations.

In reality, Theranos was indeed closed down in 2018, a little while after the point where we last see Elizabeth in the show. By December 2017, Theranos had been on the verge of bankruptcy and was saved for a brief time through a loan by Softbank Group. In April 2018, most of the company’s employees were laid off, and Theranos officially seized all operations on September 4, 2018, after no new investors showed an interest in buying the company. Therranos’ downfall remains a dark reminder of the hardships and disillusion of the startup culture and is regarded as a cautionary tale in Silicon Valley.

What Happens to Elizabeth Holmes?

The episode’s final act reveals that Elizabeth Holmes is in a relationship with Billy Evans. On the other hand, she has stepped down as CEO of Theranos and is facing fraud charges. Nonetheless, Elizabeth is happy with her life and does not believe that she did anything wrong. In reality, Elizabeth faced similar charges in a lawsuit filed by U.S. Securities and Exchange Commission (SEC). The lawsuit was ultimately settled, with Elizabeth paying a $500,000 fine and forfeiting 19 million shares of company stock. She is also barred from taking a leadership role in any public company for ten years. The same is referenced in the show during Elizabeth’s final conversation with her former lawyer, Linda Tanner.

The episode also foreshadows Elizabeth’s federal trial as Linda warns Elizabeth she could face up to 20 years in prison if found guilty of the charges against her. In reality, Elizabeth’s trial commenced in August 2021 and concluded in January 2022. She was found guilty of four counts of defrauding investors, three counts of wire fraud, and one count of conspiracy to commit wire fraud. Her sentencing is scheduled for September 2022, and as mentioned in the show, she could face up to 20 years of imprisonment. Nonetheless, Elizabeth Holmes continues to live her life with Billy Evans, and the couple reportedly tied the knot in 2019. They also have a son together and reside in San Francisco.