Is Jerry Maguire Based on a True Story? 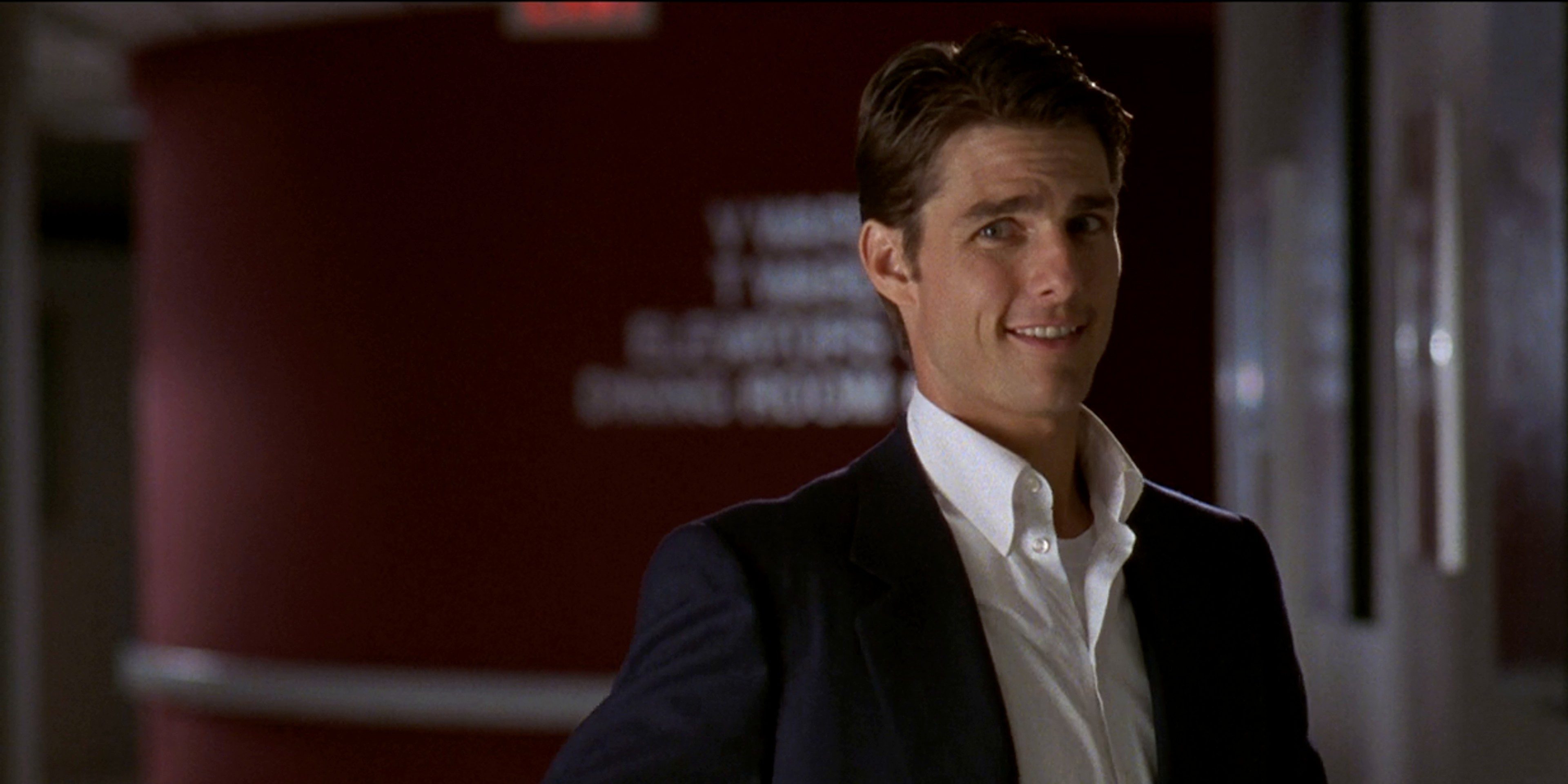 Directed by Cameron Crowe, ‘Jerry Maguire’ is a 1996 romantic comedy movie that delves into the sports genre to give viewers an unforgettable story. The titular protagonist is a 35-year-old sports agent affiliated with Sports Management International (SMI). Following the injury sustained by a player and the words spoken by their son, Jerry decides to write about the unethical practices within his industry. However, the bold move leads to his getting fired.

Determined not to let the corrupt officials win, Jerry resolves to start his own organization, but the path to honest success is far from easy. Starring Tom Cruise, Cuba Gooding Jr, and Renée Zellweger, the movie is a classic that easily captures the public’s attention. Fans of the film have always held a deep appreciation for its plot though the story’s authenticity has always been a point of curiosity for them. So, is ‘Jerry Maguire’ based on real-life events? Let’s dive right in and find the answers!

Is Jerry Maguire a True Story?

No, ‘Jerry Maguire’ is not based on a true story. Instead, it was penned by none other than Cameron Crowe, who also occupied the director’s seat. Fans can actually thank the friendship between Crowe and producer James L. Brooks for the movie’s concept. While it does take inspiration from real-life sports agents like Leigh Steinberg, the plot is entirely original and was created over several years. Throughout its production process, many elements in the project were changed to accommodate different circumstances. However, the team’s dedication helped shape the film into its final form. 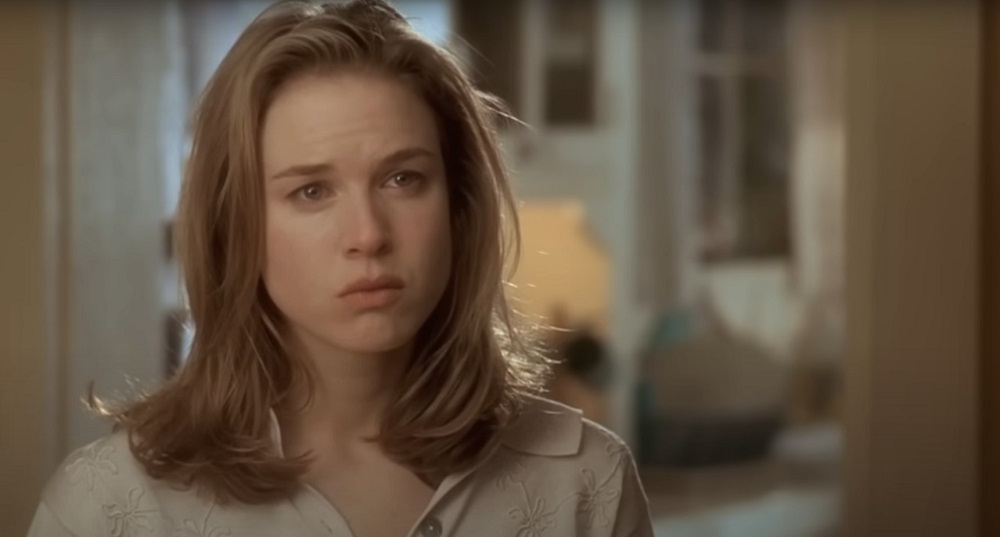 “It started with a photograph. James L. Brooks handed me this photo from New York Magazine of a sports agent, Gary Wichard, and the Boz, Brian Bosworth, who was then a hot property in the NFL. It was just a fun picture of these two guys; one clearly the business and the other, the brawn,” Crowe shared with Deadline. “He said, “look at this relationship between these guys. What do you think about that kind of a story in this world?””

The director and producer duo worked on the script for nearly five years, yet they did take up several projects during this duration. Interestingly, the film was initially written keeping Tom Hanks in mind as the choice for leading actor. Nevertheless, once the script was finished, Crowe approached the actor, who liked the plot but was also invested in other projects at the time. Though the actor and director had a great conversation with Hanks seamlessly embodying the character of Jerry Maguire, it was ultimately decided that the ‘Forrest Gump‘ star would not be a part of the film. 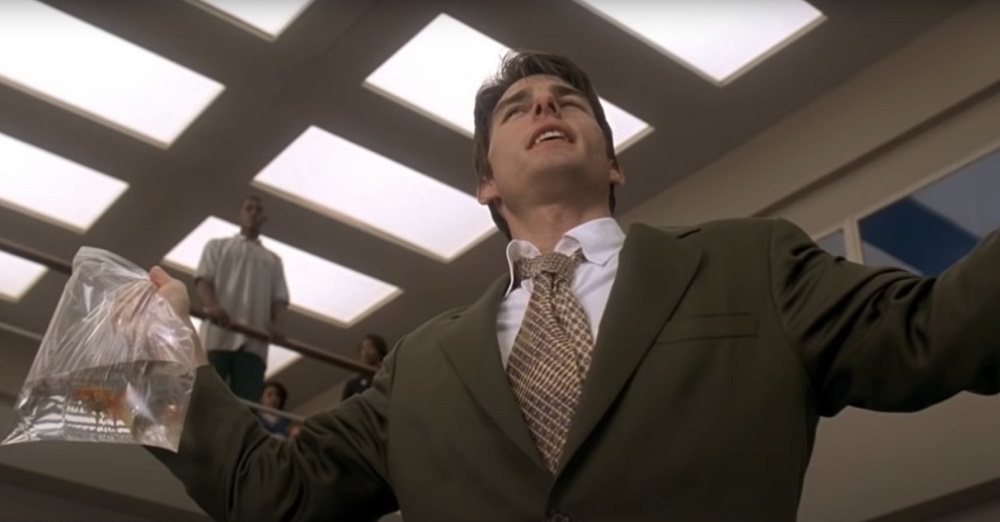 Crowe’s next choice for the protagonist was Tom Cruise, who was more than happy to work on the project. After the actor became familiar with the script, he read some lines, which only increased the director’s confidence in him. “The guy could pivot, right and left, to this intimate, romantic comedy side of him that I couldn’t wait for people to see. We all knew he was building a character, but it was a generous performance; everybody got to shine around him,” the writer reminisced.

Since the movie came out, many agents have claimed to be the real Jerry Maguire. However, if Crowe is to be believed, it could not be further from the truth. “I got to say that character came from the pitching room with Jim, me, and Richard Sakai. We built Jerry from our combined experiences, and then I made it a personal story, masquerading as a mainstream movie. Jerry came from a lot of different fictional places, but we got elements and spice from guys like Leigh Steinberg. He helped me a lot and opened a lot of doors,” he explained. 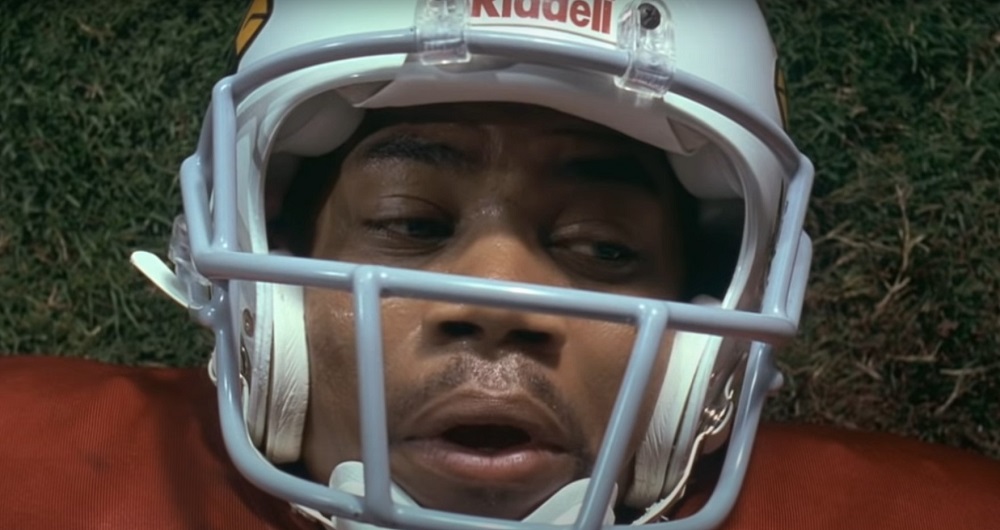 In other words, while the filmmakers took inspiration from real-life sports agents, some of Jerry’s most crucial personality traits come from people Crowe knew personally. In fact, the character’s tendency to pay special and personal attention to clients came from the director bouncing off ideas with Brooks. Given the amount of effort the team put into making the film, it is no wonder that it gained five nominations at the 69th Academy Awards, with Cuba Gooding Jr bagging an award for Best Supporting Actor.

Characters like Jerry Maguire serve as role models for people who hope to lead honest lives. In the movie, we see the sports agent embodying many admirable traits, yet that does not mean he has no flaws. This serves to make him realistic and relatable. Though the story in ‘Jerry Maguire’ is not true, it is a summation of many real-life elements, pointing out how good things in life are always around us if one decides to look for them.