Is Last Seen Alive Based on a True Story or a Book? 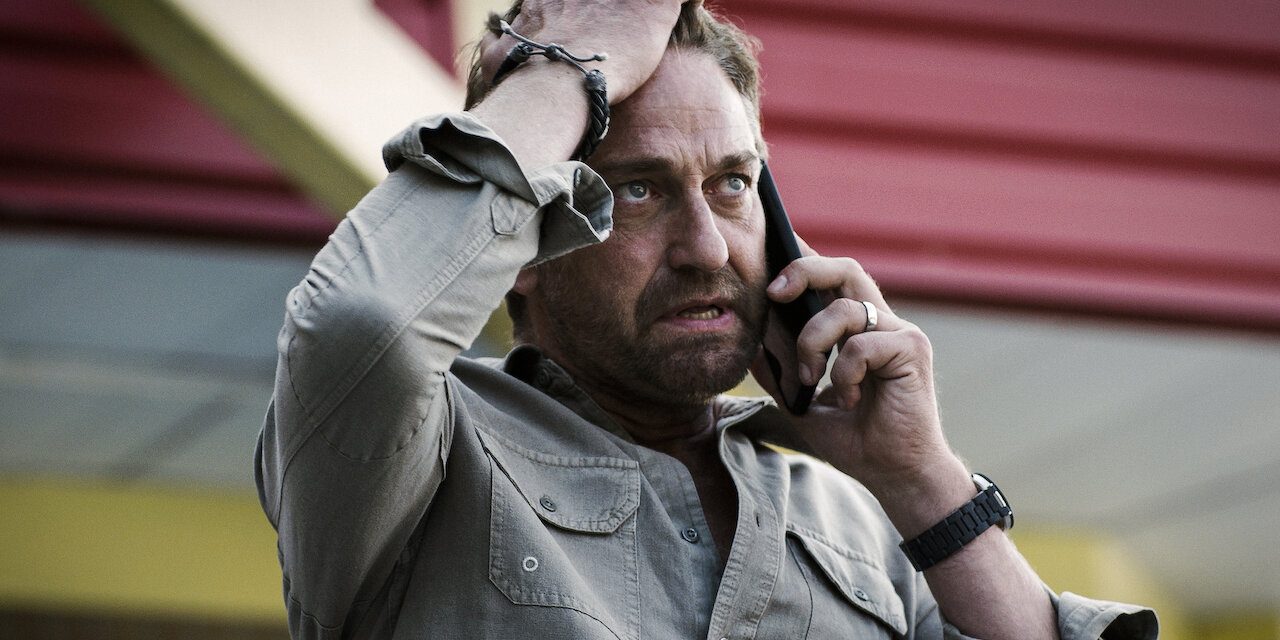 ‘Last Seen Alive’ is an action thriller film that stars Gerard Butler as Will Spann, a husband searching for his missing wife, Lisa (Jaimie Alexander). The film is directed by Brian Goodman and written by Marc Frydman. The plot revolves around Will and Lisa, a married couple going through a difficult period in their life. However, when Lisa mysteriously disappears while driving to her parent’s house, Will races against time to search for his wife. The riveting abduction thriller has plenty of emotional moments, keeping viewers invested in Will’s search for Lisa. Therefore, viewers must be wondering if the story is based on an actual incident or a book. In that case, let us share everything we know about the inspiration behind ‘Last Seen Alive.’

Is Last Seen Alive Based on a True Story or a Novel?

No, ‘Last Seen Alive’ is not based on a true story. A novel by the same name was published by Claire Douglas in 2017. The book’s narrative revolves around Libby and her husband, Jamie. The couple is swapping houses and going through a difficult period in their marriage. However, things take a dark turn when Libby learns dark secrets about her new home. The book’s title and a fractured relationship between the protagonist couple are where the similarities with the film ends. The Brian Goodman directorial is not an adaptation of the Claire Douglas novel. Instead, the film is based on an original screenplay written by screenwriter Marc Frydman.

Frydman developed the film’s screenplay based on an original concept he devised. In an interview, Frydman explained that he wished to develop a script that would require a fresh and unique filmmaking style. Moreover, he wanted to film’s style to compliment the thriller genre. Asa result, Frydman thought of creating a screenplay that would require a short shooting schedule and limited locations while leaving the room open for improvisation. However, Frydman wished to add an emotional and personal touch to the story. The screenwriter explained that he wanted the film’s events to feel realistic and the premise to appear as if it could happen to anyone. Therefore, he settled on the elements of affair and abduction.

While the film follows a mostly original plot and characters, it does bear some resemblance to the 1988 thriller film ‘The Vanishing’ directed by George Sluizer. The film is an adaptation of Dutch author Tim Krabbé’s book ‘ The Golden Egg,’ first published in 1984. Like, ‘Last Seen Alive,’ the 1998 film also revolves around a man searching for his missing lover. However, in the movie, the lead couple isn’t married. Moreover, the story spans several years, and the characters’ motivations also differ. Therefore, it is safe to say that ‘Last Seen ALive’ does not draw any inspiration from ‘The Vanishing.’ Nonetheless, the cosmetic similarities between the two films highlight the tropes of the abduction thriller genre.

Ultimately, ‘Last Sen Alive’ is not based on a true story. The film is also not based on a book but does share some similarities with the 1988 film ‘The Vanishing.’ Nonetheless, the film is an entirely original creation by screenwriter Marc Frydman. It tells a fictional story about Will’s search for his missing wife, Lisa. It takes a grounded approach to the abduction thriller subgenre and is rooted in the protagonist’s emotional bond with his wife. Therefore, the viewers remain invested in his search for his wife, giving the film a semblance of reality.