Is Matthew Perry Engaged? Who Is His Fiancée? 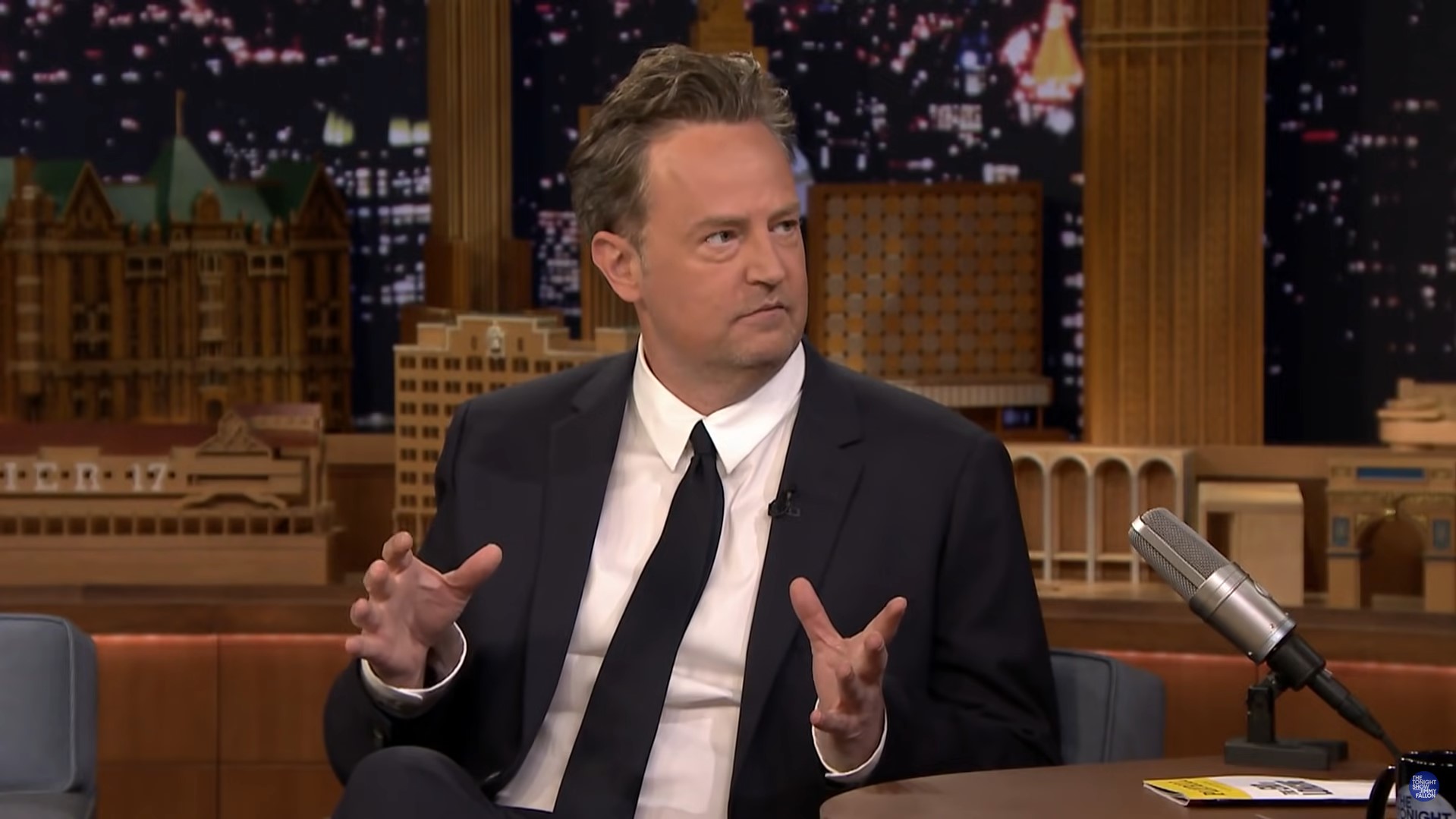 Matthew Perry is a respected and renowned name in the entertainment industry. Shooting to stardom with his hilarious and outstanding portrayal of Chandler Bing on ‘Friends,’ from 1994 to 2004, he also has shows like ‘Studio 60 on the Sunset Strip,’ ‘Mr. Sunshine,’ and ‘The Odd Couple,’ under his belt. Ever since his appearance on the sitcom ‘Friends,’ Matthew Perry has gathered himself a massive and loving fanbase. With Matthew’s dating life always a hot topic of conversation among fans, his appearance in 2021’s ‘Friends: The Reunion’ has sparked even more questions about the actor’s private life. Let’s find out more about Matthew Perry and his life behind the screen, shall we?

Born on August 19, 1969, Matthew Perry is a native of Williamstown, Massachusetts. His father, John Bennett Perry, is an actor and former model, while his mother, Suzanne Marie, is a journalist who also served as the press secretary to former Canadian Prime Minister Pierre Trudeau. Reportedly, Matthew was brought up by his mother as his parents separated a few months after his birth. Matthew moved with his mother and her new husband, Keith Morrison, to Ottawa, Ontario, where he spent most of his childhood.

Surprisingly, this talented actor did not seek a career in acting initially. All Matthew wanted was to make it big in the world of lawn tennis. While in Ontario, Matthew got so skilled in the sport that he found himself as the second highest-ranked tennis player in the city. At 15 years of age, Matthew had to leave Ontario and move to Los Angeles, where he stayed with his father. While staying with his father, Matthew slowly started developing an interest in the world of entertainment. Alongside playing tennis, Matthew began appearing in school plays and theatres, gradually falling in love with the art of acting. 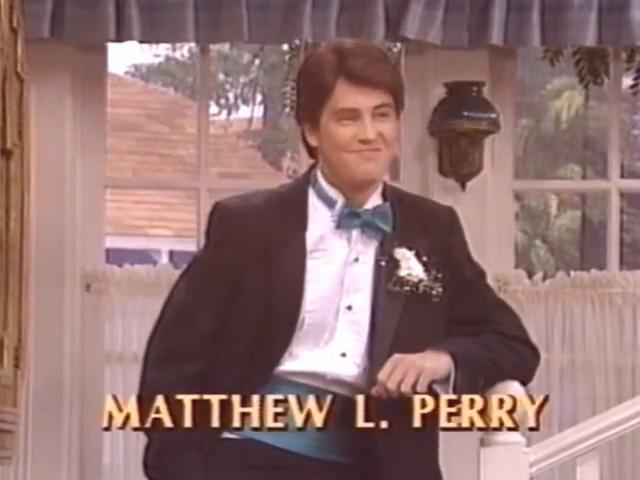 Even after getting the outstanding national ranks of 17th and 3rd in the junior singles and junior doubles category, respectively, Matthew did not take up tennis as his ultimate profession. After high school, Matthew wanted to attend the University of Southern California, but then, he was offered the role of Chazz Russell in the 1987 TV series ‘Boys Will Be Boys.’ Since then, this brilliant actor never looked back and went on to land one role after the other before ‘Friends’ made him a household name in the world of television.

Matthew Perry’s first public relationship was with the famous Hollywood actress Julia Roberts. Julia and Matthew met on the set of ‘Friends’ when she was signed on for a guest role. Fans immediately noticed their chemistry on-screen, and thus the pair dating in real life did not come as a surprise. Matthew and Julia started dating in 1995, almost immediately hitting it off with each other. Even with strong chemistry and incredible compatibility, the couple soon ran into issues and decided to separate in 1996. 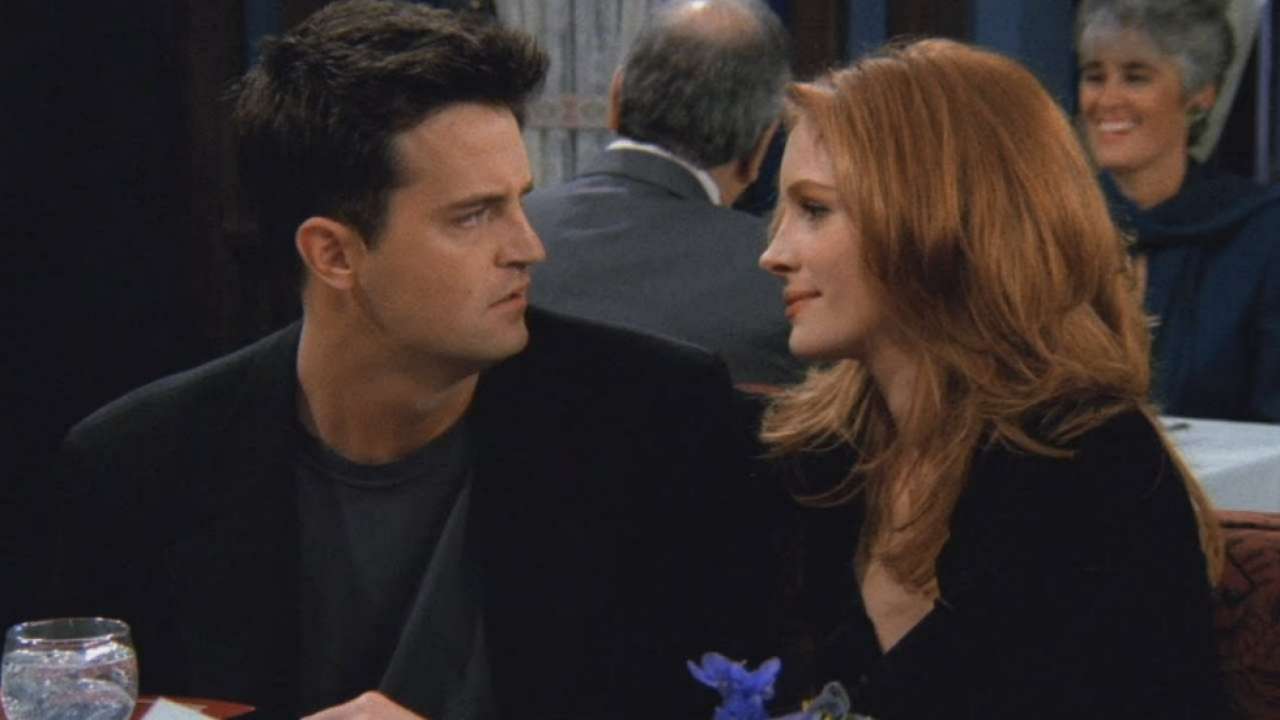 In the same year, Matthew Perry was linked to ‘Baywatch’ actress Yasmine Bleeth. Bleeth, who was hilariously written into ‘Friends’ with Chandler showing an obsession for her, dated Matthew Perry for a while in 1996. Though their connection did not last long, and the couple reportedly broke up a few months later. Matthew was then seen with actress Neve Campbell while filming their film ‘Three to Tango.’ The couple’s closeness and chemistry were immediately noticed, and speculations about their relationship started doing the rounds. 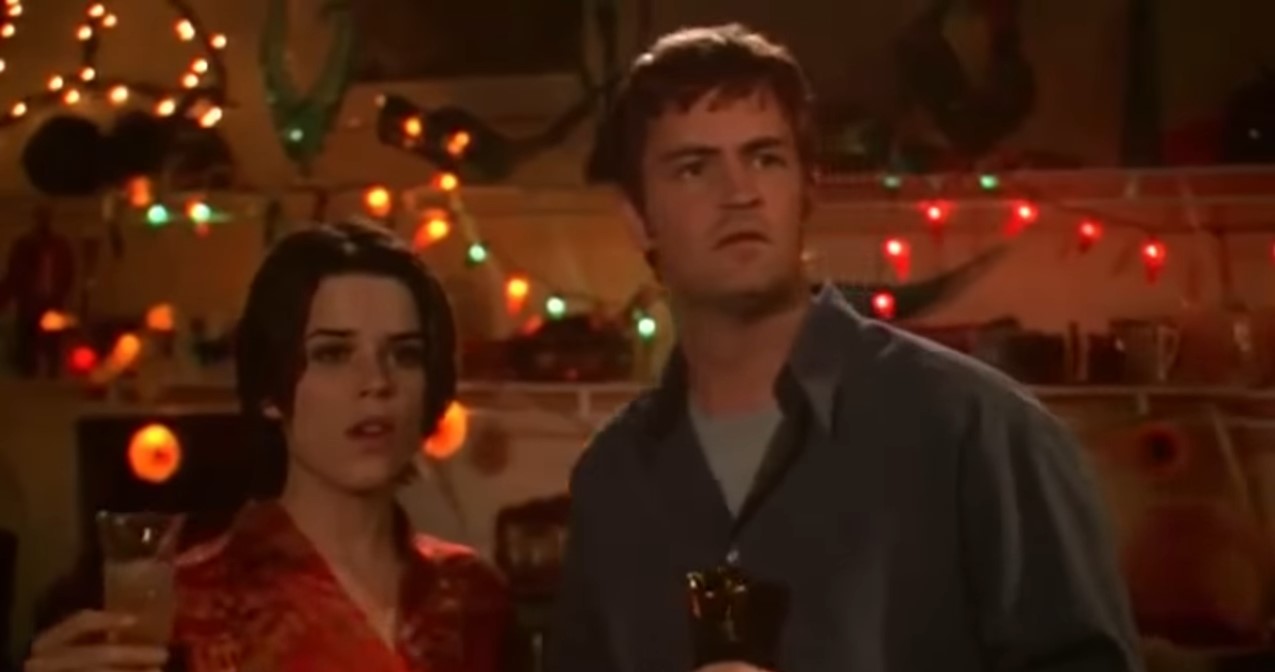 Reports say that the ‘Friends’ actor dated Campbell during their time on the ‘Three to Tango’ set in 1998, but by the time the movie released in 1999, the couple had already broken up. Matthew Perry then got acquainted with actress Maeve Quinlan, and the duo started dating in 2002. Reports claim that their relationship got pretty serious, and there were speculations of them lasting all the way. Still, the couple separated a year later, in 2003. Matthew was then rumored to be with actress Heather Graham in the same year though these speculations were never substantiated.

Matthew then moved on with his ‘The Odd Couple’ co-star, Lauren Graham, but their relationship reportedly lasted a few months. Matthew then met Rachel Dunn, and things got pretty serious between the couple. They started dating in 2003 and were together for two years. Speculations about them ultimately tying the knot arose, but unfortunately, the couple decided to go their separate ways in 2005. In 2006, Matthew was spotted with actress Lizzy Caplan, and soon the couple started dating. Matthew and Lizzy had a wonderful relationship but decided to keep their private affairs out of the public sphere. After being together for six years, the couple, unfortunately, broke up in 2012.

In 2018, Matthew Perry started seeing Molly Hurwitz, a literary manager. The pair were spotted together in public in 2019. Initially, the couple chose to keep their relationship under wraps. However, in 2020, through a Valentine’s day post on her private Instagram profile, Molly informed her followers that she and Matthew Perry were seeing each other for two years.

In May 2020, the couple ran into a hitch and reportedly decided to separate after sources claimed that Matthew’s reported issues drove a wedge between them. Though there were numerous reports about them separating, the couple ultimately decided to stay together and work through their problems. In late 2020, fans were treated to fantastic news when Matthew Perry revealed that he had finally proposed to Molly Hurwitz.

In an interview with People, Matthew said, “Luckily, I happened to be dating the greatest woman on the face of the planet at this time.” In May 2021, Matthew found himself embroiled in a controversy after TikToker Kate Haralson revealed that she and Matthew had matched on the dating app Raya during his reported split with Molly Hurwitz. Haralson posted a video of her face timing with Matthew Perry (the video has since been deleted) and told her followers that even though their conversation did not turn sexual, she felt “uncomfortable.”

Read More: Is Liza Koshy Dating Anyone? Who Is Her Ex-Boyfriend?