Is Money Heist Korea Based on a True Story? 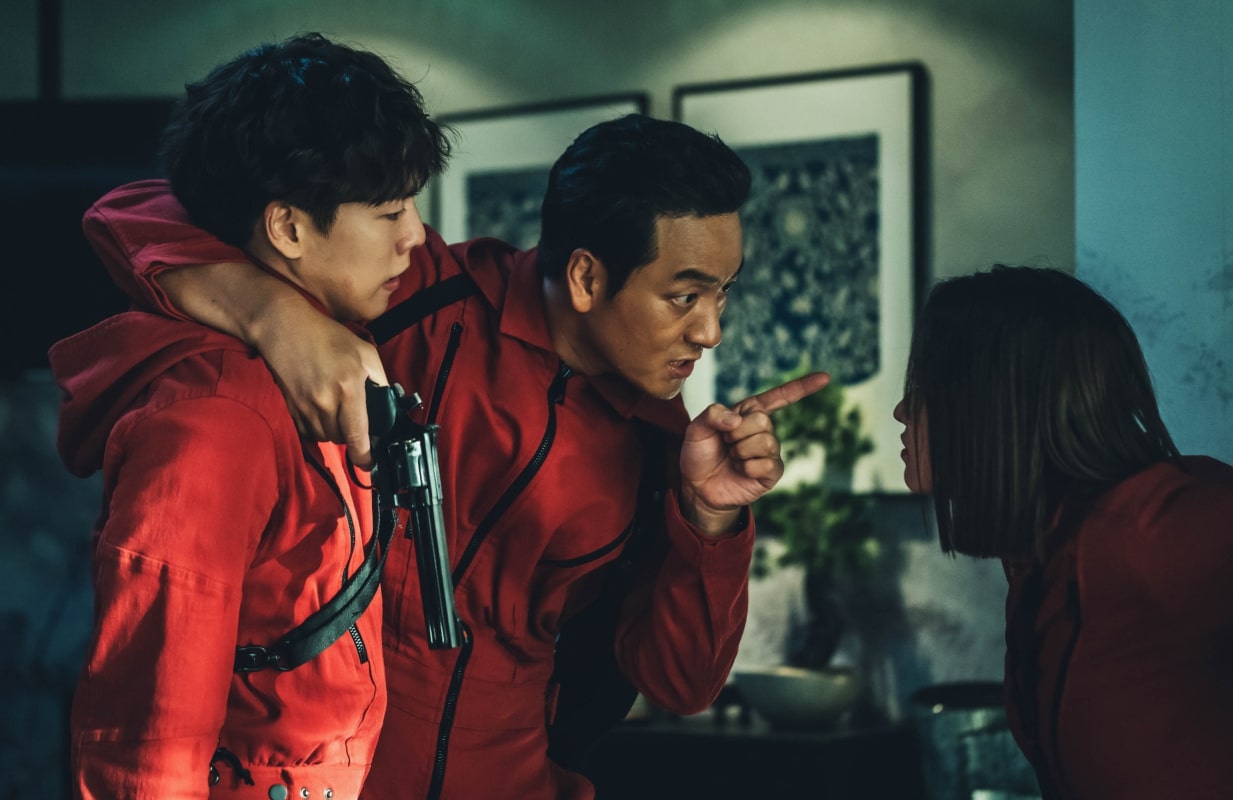 Directed by Hong-sun Kim (‘Son: The Guest’), ‘Money Heist: Korea – Joint Economic Area’ is a heist action thriller series. The story revolves around a group of robbers as they try to take four trillion won from the United Korea Mint. As the elaborate plan of their leader, the Professor (Yoo Ji-Tae), begins to unfold, North and South Korean authorities find themselves drastically outmatched. The robbers seem to have the upper hand in every stage.

‘Money Heist: Korea – Joint Economic Area’ provides an earnest depiction of how wealth disparity and social and economic inequalities can directly result in the explosion of crime. The series also portrays a heist in minute detail. If these things have you wonder whether ‘Money Heist: Korea – Joint Economic Area’ is inspired by true events, we got you covered.

No, ‘Money Heist: Korea – Joint Economic Area’ isn’t based on a true story. It’s the South Korean remake of ‘Money Heist’ or ‘La casa de papel,’ the internationally popular Spanish series created by Álex Pina for Antena 3 and Netflix. The original series isn’t based on a true story, so the remake is also largely fictional. However, there are elements in the show that have been directly lifted from reality.

The remake takes place in a Korean Peninsula that has decided to reunite after years of conflict and unrest. In the show, the Joint Security Area, an actual location in the Korean Demilitarized Zone, has been transformed into the Joint Economic Area, where, among other things, the United Korea Mint is located. The Mint has been built to create the new currency for Unified Korea. In real life, neither the Mint nor the currency exists, and the unification is still a dream.

In a press release in May 2022, Keo Lee, Netflix Korea’s Director of Content, explained why the streaming giant greenlit the remake. “When this creative team came to us with their vision for a Money Heist remake, we saw the opportunity to bring a new perspective and uniquely Korean lens to this beloved story,” he said. “The original Money Heist demonstrated how superb storytelling can be loved everywhere, and Korean content has proven to have this same power. We can’t wait to see how the world will react as we unite this epic story with top Korean talent and a passionate global fandom.”

Ryu Yong-Jae, the scriptwriter for the remake, has been a longtime fan of the original series. He said it felt like destiny when he was asked to adapt the quintessentially Spanish story of ‘Money Heist’ into the Korean context. “I was intrigued by the premise of the remake because not only is it about the conflict between robbers and police, but also it adds new layers such as the tension, mistrust, and harmony between North and South Korea,” the ‘Psychopath Diary’ writer added. “A situation where thieves from North and South Korea join forces, and police from north and south join hands to stop their way adds a Korean lens into the original IP.”

As for Kim, he felt that the original story has such fascinating characters that they would remain interesting no matter where the story is set. During the adaptation process, multiple changes were introduced to the narrative to turn it more culturally, politically, and socially Korean. For example, hahoe masks replaced the famous Dali masks of the original series.

Actor Park Hae-soo, who portrays Berlin in the Korean remake, offered an explanation for this at a press conference in Seoul in June 2022. “Unlike the Dali mask, which symbolizes freedom, the hahoe mask was originally used to mock upper-class social elites,” said the ‘Squid Game‘ actor. “I believe this goes well with our storyline. The hahoe mask alone creates a unique atmosphere that will mesmerize viewers.”

According to Ryu, the reason they created the Joint Economic Area is that Korea is surrounded by the sea on three sides and a land border. Clearly, ‘Money Heist: Korea – Joint Economic Area’ is not based on a true story, but it’s perfectly understandable if someone thinks it is.