Is Outer Range Based on a Book? 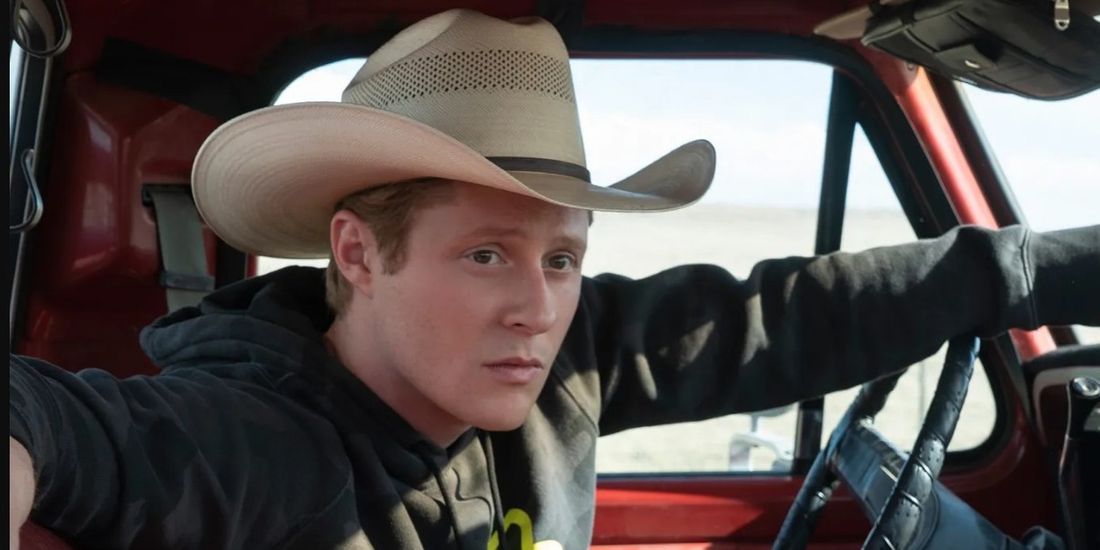 ‘Outer Range’ follows Royal Abbott (Josh Brolin), a Wyoming-based rancher who owns and operates the Abbott Ranch with the help of his family. However, as Royal fights to protect his land, he discovers a mysterious black void that throws his life into turmoil. The mystery drama series is created by Brian Watkins and blends the aesthetics of the Western genre with supernatural elements. Given the suspense-filled narrative and the show’s visual style, viewers must be curious to learn more about the inspirations behind the show. If you are wondering whether ‘Outer Range’ is based on a book, here is everything you need to know!

Is Outer Range Based on a Book?

No, ‘Outer Range’ is not based on a book. The series is based on an original concept from creator Brian Watkins. It blends the elements of science fiction, supernatural mystery, and the neo-Western genre all in one melting pot. In an interview, Watkins opened up about the idea behind the series. Watkins revealed that the show’s basic premise deals with the idea of how regular people deal with the unknown. He further elaborated that the stories of the Abbott family members are a reflection of everyday life in the American West and the black void adds a sense of surprise and intrigue to their life.

Thus, the series explores how the land can be a force in itself and how it can affect the lives of those who depend on it. Actor Shaun Sipos echoed Watkins’ sentiments and provided further insights into the show’s themes. He revealed that the series deals with the nature of humanity and the darker sides of being human, which are prevalent themes in the Western genre. However, he noted that the story uses science fiction elements to subvert these tropes.

In the show, the Abbott family are ranchers who seek to protect their ancestral Abbott Ranch. In that regard, the series is comparable to ‘Yellowstone,’ another neo-Western drama series. ‘Yellowstone‘ revolves around the Duttons, who also have a similar affection for their ancestral Yellowstone Ranch.

‘Outer Range’ features a mysterious black void of unknown origin that drives the narrative forward. Its small-town setting and the sudden emergence of supernatural elements make it similar to shows such as ‘Stranger Things‘ or ‘Wayward Pines.’ Both the shows also heavily blend elements of supernatural mystery with character-driven drama and have a tone similar to ‘Outer Range.’

Lastly, the narrative also focuses on the conflict between the Abbotts and the Tillersons, who feud over their land ownership. Their conflict evokes the Hatfield–McCoy feud, one of the most well-known family feuds in the American West. Ultimately, the ‘Outer Range’ tells an original story that does not draw from any singular source material. Instead, it is rooted in the tropes of the Western genre and attempts to subvert them with science fiction and supernatural elements. Thus, the series provides a fresh perspective on the conflicts faced by regular humans.