Is Robert Englund in Choose or Die? Is it Really His Voice in the Film? 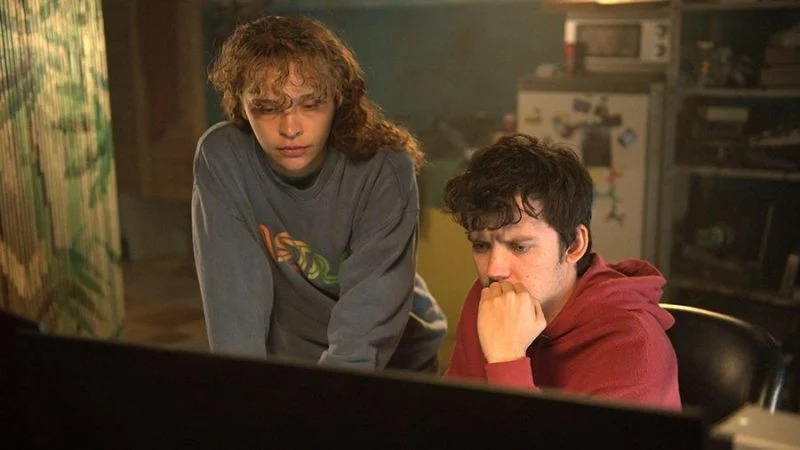 Robert Englund is a legend of the horror genre. He began his career as an actor in 1974 in the crime-drama film ‘Buster and Billie,’ and since then has appeared in projects such as ‘Galaxy of Terror,’ ‘Wish You Were Dead,’ and ‘The Midnight Man,’ but he is most known for portraying Freddy Krueger in the ‘Nightmare on Elm Street’ entertainment franchise. He also played resistance fighter Willie in the 1983 miniseries ‘V’ and its sequel series. In ‘Choose or Die,’ we hear someone from a voicemail claiming to be Robert Englund. If you are wondering whether that’s really the ‘Fear Clinic’ actor, this is what you need to know. SPOILERS AHEAD.

Is Robert Englund in Choose or Die?

Yes, Robert Englund is in ‘Choose or Die.’ However, he doesn’t appear in the film in person. What we get is his voice through a voicemail. While visiting her friend Isaac (Asa Butterfield) to sell 1980s computer hardware, the film’s protagonist Kayla (Iola Evans) discovers the retro video game ‘CURS>R’ in a heap of similar antiquated devices. The game tells the player to survive for five days to lift the curse and win $125,000.

At the bottom of the cover, it also states to survive the final level and unlock the unique four-digit code. The player then can use the phone number provided below to call and claim their prize. When Kayla calls the number, it goes straight into the voicemail, and she receives the response in Robert Englund’s voice. As a player is only supposed to call the number after they have won the game, Englund’s voice congratulates Kayla.

Isaac can’t be more ecstatic after hearing Englund’s voice, though it seems that Kayla has never heard of him. Later in the film, Isaac hacks into the phone line and discovers that the location of the phone number is in Upstate New York. When they get there, they initially just find an answering machine with Englund’s voicemail. It is only after following the power cables that they locate the room where the game was developed.

Is It Really Robert Englund’s Voice?

From a horror actor to the next generation of horror fans, here’s CHOOSE OR DIE pic.twitter.com/HQTAOZk9rL

Yes. That is Robert Englund’s voice in ‘Choose or Die.’ ‘The Funhouse Massacre’ actor portrays a fictitious version of himself, but as mentioned above, he never appears on the screen. In the voicemail, he introduces himself and admonishes pranking children if it were them that made the call before congratulating the winner of ‘CURS>R.’ Englund is mentioned in the credits of the movie. Moreover, he promoted the film on his social media. “From a horror actor to the next generation of horror fans, here’s CHOOSE OR DIE,” he tweeted.