Is Southpaw’s Titus “Tick” Wills Based on a Real Boxing Trainer? 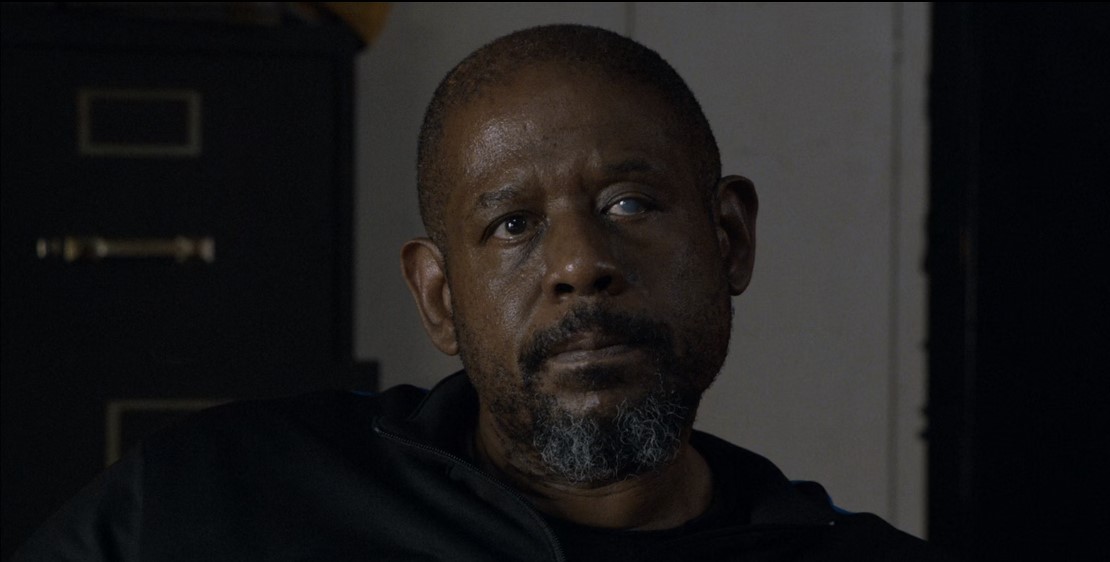 Directed by Antoine Fuqua, ‘Southpaw‘ is a sports-drama movie that follows a boxing champion, Billy Hope (Jake Gyllenhaal). When the fighter suffers from a gut-wrenching tragedy, he loses everything. Billy’s career seems to be finished, and his daughter is taken by child services because he isn’t equipped to take care of her. So, Billy Hope sets out to redeem himself, get his life back in control, and reunite with his daughter.

At its core, ‘Southpaw’ is a touching story about a father and a daughter. The movie explores familial bonds, loss, and sacrifice, which resonate with the audience. Several characters, such as Billy’s trainer, Titus “Tick” Wills (Forest Whitaker), carry an innate sense of realism that instills numerous emotions in the viewers. These facets of the film make us wonder if Titus “Tick” Wills is based on a real boxing trainer. Well, let’s find out, shall we?

No, Titus “Tick” Wills is not a real boxing trainer. Tick Wills is a fictional character who trains Billy Hope after he loses everything but wishes to redeem himself in the world of boxing and life. Penned by Kurt Sutter, the story of ‘Southpaw’ is inspired by Eminem’s journey and struggles as an artist. Although Billy Hope’s arc is loosely based on Eminem, Titus “Tick” Wills has no real-life counterpart.

In the film, Tick Wills carries several tropes of the wise coach we usually see in a sports-drama movie. He speaks very few words, has strict rules, and carries emotional baggage of his own. These traits are reminiscent of several other characters, such as the MMA coach from ‘Never Back Down’ and Mr. Han from ‘The Karate Kid‘ (2010). Like them, Tick Wills has been through a lot in life and, as a result, understands what’s truly important. Furthermore, he’s also been in the boxing industry for long enough to know that fame and money are transient.

When Billy Hope approaches him to be his trainer, the coach says he doesn’t train pro fighters. Although he doesn’t tell Billy the reason, he likely doesn’t want to enter the industry again. However, Billy isn’t a pro fighter anymore and is persistent about training with Tick. So the coach gives him the job of a janitor at the gym but doesn’t start training him. Only once Billy becomes calmer and punctual at work does Tick ask him to step into the boxing ring. The instance also reminds us a little about Mr. Miyagi from ‘The Karate Kid‘ (1984).

As the story progresses and we see the bond between Tick and Billy grow, the former reveals his past. Tick describes how he lost his eye after a boxing match and had to quit boxing. The anecdote gives us an insight into the character and also reminds us of the conventional plot point wherein the coach has a tragic story of his own. Like many other such characters, even Tick has an evolved understanding of the sport. The man doesn’t view boxing as a gateway to money and all things bling. Instead, he sees it as an exercise that makes a man disciplined, restrained, and grounded.

Besides these, Tick Wills possesses various nuances that make him analogous to similar characters in other such movies. Thus to reiterate, Titus “Tick” Wills is not based on a real-life boxing trainer but imbibes the essence of the archetype we come across in numerous films within the sports-drama sub-genre.

Read More: Is Billy “The Great” Hope Based on Eminem? Is Southpaw a Sequel to 8 Mile?