Darren Star’s romantic comedy-drama for Netflix, ‘Emily in Paris,’ focuses on the overenthusiastic, hardworking, and all-American Emily Cooper’s (Lily Collins) experiences in the French capital. When Emily starts working at the Parisian marketing agency Savoir, she faces a myriad of challenges — from judgmental coworkers to fussy clients.

Is Sylvie Leaving Emily in Paris?

Throughout season 2, we see Sylvie warming up to Emily and finally accepting her as an important employee at Savoir. Yes, the older woman still mocks Emily and scolds her constantly, but it is obvious that Sylvie doesn’t hate the young American marketer. In episode 2 of the season, we even meet Sylvie’s husband, Laurent G., who owns a trendy club in St. Tropez. We find out that the two have been together for 20 years but are essentially in an open marriage — Laurent lives in St. Tropez to manage his club whilst Sylvie’s career is based in Paris. Thus, the two don’t see a point in embracing traditional spousal roles. 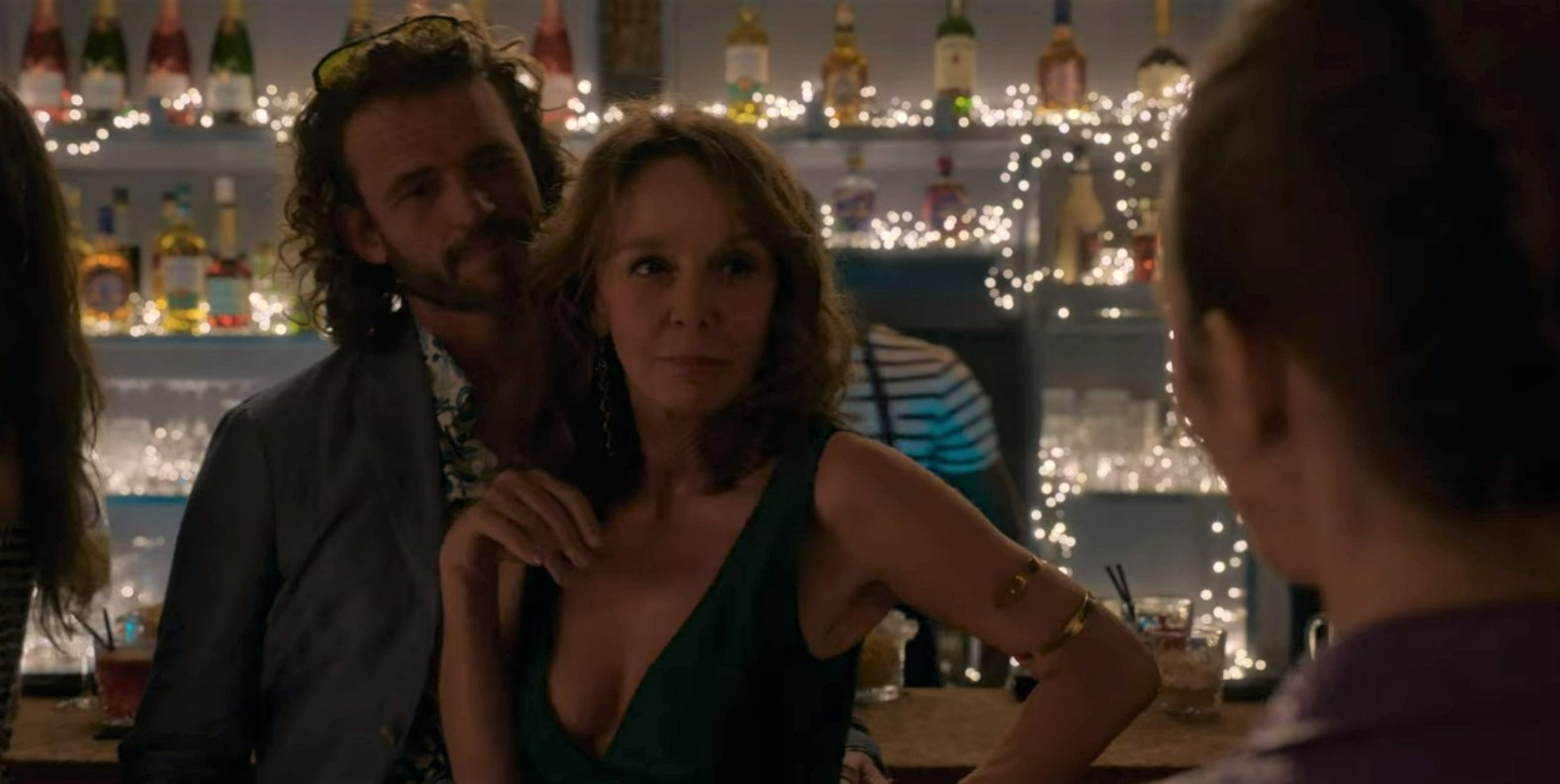 Soon, we also see Sylvie’s attraction towards Antoine Lambert fading away after a young photographer named Erik DeGroot starts showing interest in her. Shortly afterward, Sylvie and Erik start sleeping together. The photographer seems to genuinely appreciate her; however, he wants their relationship to be public and isn’t afraid to be seen with an older woman.

Sylvie initially balks at the idea but an encounter with the judgmental Antoine makes her change her mind. She kisses Erik publicly and even goes to meet his young friends. At the restaurant, when a waitress mistakes Sylvie to be Erik’s mother, she simply laughs it off and embraces Erik to make it obvious that they are dating. 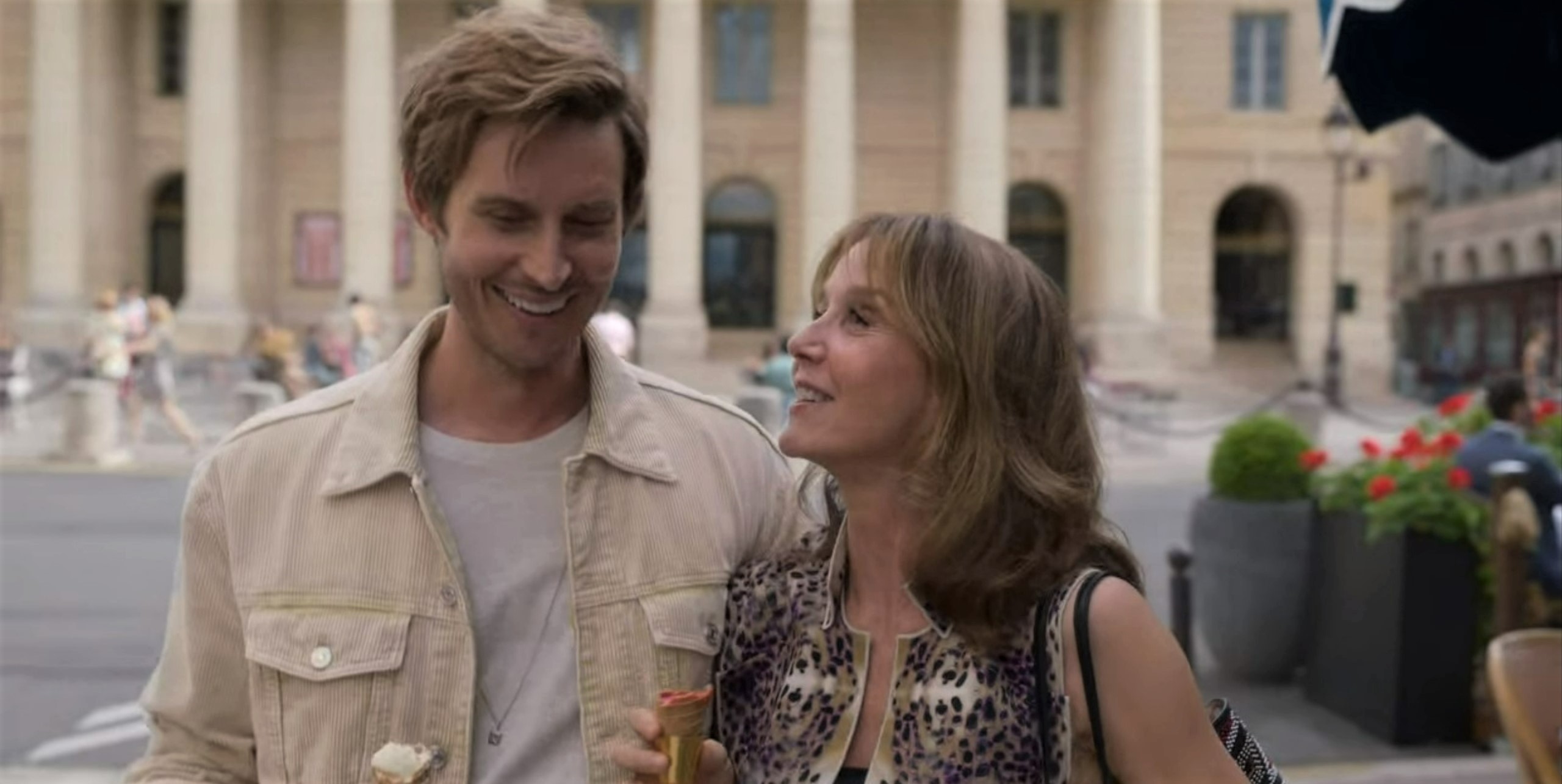 In the finale, Sylvie, Julien, and Luc resign from Savoir just as Madeline informs the Frenchwoman that she will be up for a 360-degree review for her performance. It is obvious that the trio had plans to leave the company as soon as Madeline took the reigns, started inspecting the company’s accounts, and criticized Sylvie for making Savoir undercharge her ex-lover, Antoine.

Later, Sylvie invites Emily for lunch. A distressed Emily frets over her boss and former coworkers’ unemployed status; meanwhile, fans worry whether Sylvie will leave Paris (and the show!) now that she’s not at Savoir. However, Sylvie has a plan up her sleeve, as always. We thus find out that Sylvie sold her St. Tropez nightclub shares to her husband and is planning to use the money to start her own marketing company in Paris.

Julien and Luc are a part of her new venture as well, and Sylvie has already taken some of Savoir’s clients with her, such as Pierre Cadault. It is obvious that the talented Sylvie’s connections and experience in the industry will make clients rush to her company. Sylvie offers Emily a place on her team, praising her skills and telling her that she can embrace a new life in Paris. So, at this point, we know that Sylvie is going to be around for quite some time. After all, she has to look for an office space for her new company, get all the legal documentation ready, score clients, and take on the Madeline-led Savoir as a rival.

Thus, Philippine Leroy-Beaulieu’s Sylvie Grateau does not leave the show in season 2. Plus, it is almost guaranteed (we just need an official announcement!) that Sylvie will return if the show gets renewed for season 3. So, fans needn’t worry about Leroy-Beaulieu’s Sylvie missing screen time in any season of this beloved romantic comedy! Meanwhile, Leroy-Beaulieu, 58, who is also recognizable from the popular French show ‘Call My Agent,’ recently worked on the film ‘Papi Sitter’ and the television series ‘Mirage’ in 2020.

Read More: Does Emily Stay in Paris or Go Back to Chicago? Does Emily Choose Sylvie or Madeline?