Is The Family Stone’s Thad Stone Deaf in Real Life?

‘The Family Stone’ is a heartwarming Christmastime film that revolves around the titular family. When Everett brings his girlfriend, Meredith, home to celebrate Christmas, she realizes she doesn’t fit in. As Meredith’s comedic misadventures occur, everyone discovers something important that transforms everything. Written and directed by Thomas Bezucha, ‘The Family Stone’ flaunts an ensemble cast, including Diane Keaton, Sarah Jessica Parker, Dermot Mulroney, Rachel McAdams, and a few others.

The film explores the imperfections of familial relationships but also celebrates acceptance and inclusivity. For instance, Thad Stone (Tyrone Giordano) is a deaf gay person everyone loves dearly. In fact, he’s such an integral part of the family that whenever anyone talks, they use sign language simultaneously to communicate with Thad. Tyrone Giordano seems to play Thad in an organic and realistic way without exaggerating any facet of the character. The compelling performance makes us wonder if Thad in ‘The Family Ston’ is deaf in real life too. Well, let’s find out!

Yes, Tyrone Giordano, who plays Thad, a deaf character, is deaf in real life too. Giordano’s acting career began with a serendipitous opportunity when a director called him to audition for a theater company. After a successful trial, acting became a significant part of Giordano’s life. One of the actor’s most notable works is ‘Big River,’ a play about ‘Huckleberry Finn, which was a huge success across the nation. Giordano received the role of Thad Stone in ‘The Family Stone’ while he was on the tour of ‘Big River.’ 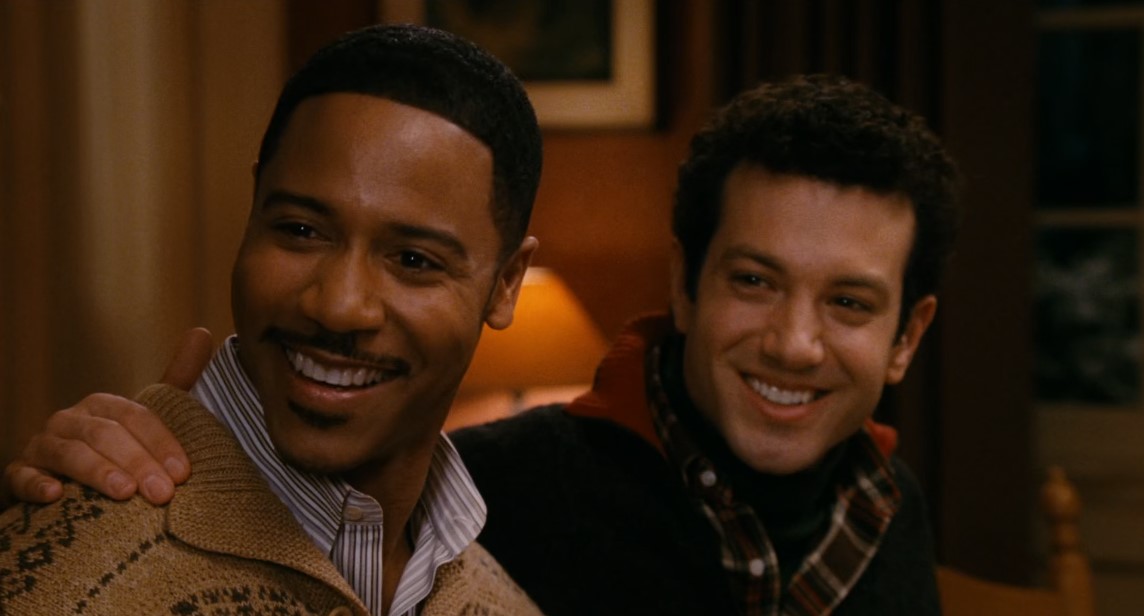 In an interview with MovieWeb, Giordano said, “I was doing the national tour of “Big River,” and it just so happened that Fox was casting for the movie while we were in Los Angeles for our two-week run at the Ahmanson. I auditioned for the part and met with Mr. Bezucha and then learned I was to be cast.” In the movie, Thad Stone is as much a part of the family as the other children. His bond with other members seems grounded in reality.

We often see films where inclusivity seems forced and unnecessarily over the top. The presence of a minority group, disabled people, or the LGBTQ community seems to exist for the namesake. However, ‘The Family Stone’ and Tyrone Giordano’s character, Thad, are the exact opposite.

A scene with Meredith is one of the key instances that stands testament to the previous statement. When Meredith first meets the family and greets everyone, she speaks in her regular tone and volume. However, when she turns to Thad, she starts enunciating more and is far louder. Although Thad greets Meredith politely, he wonders why she is shouting and seems genuinely confused. The writer likely draws from Giordano’s experiences to portray subtle but significant insights about regular conversations involving deaf people. Overall, Tyron Giordano elevates the character’s authenticity since he shares the same quality as Thad.

Read More: Movies About Blindness You Must See