Is Yellowstone’s Prequel 1883 on Netflix, HBO Max, Hulu, or Paramount? 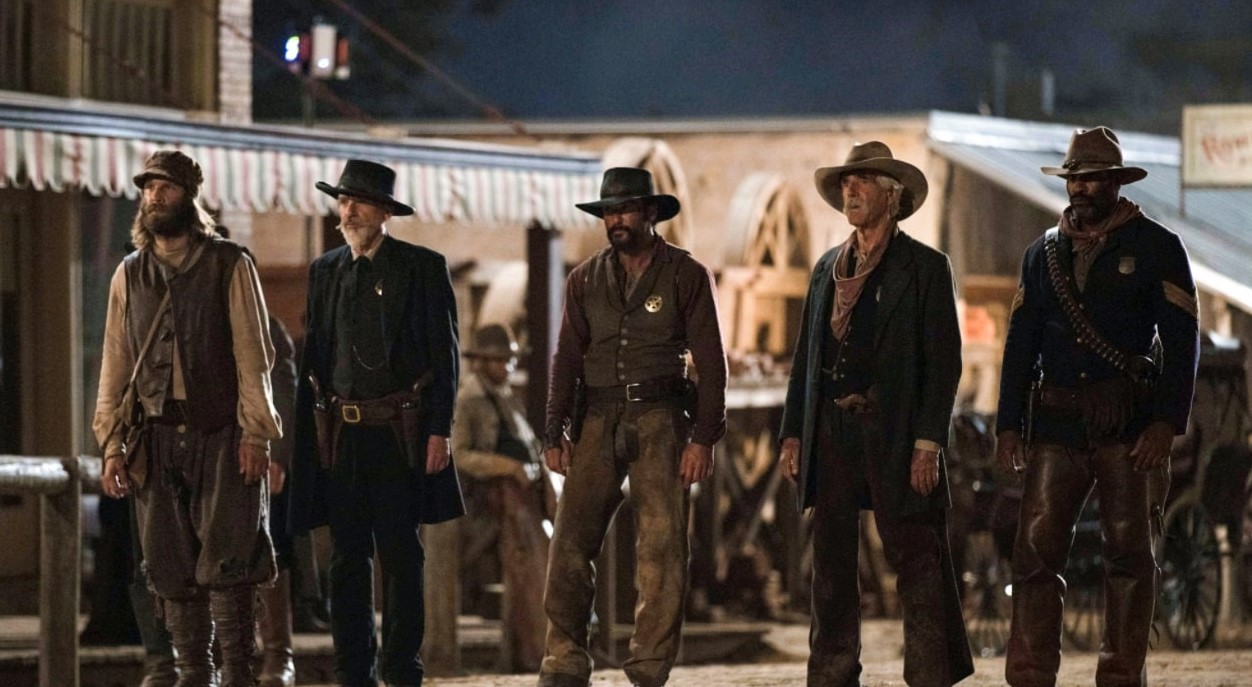 Created by the Academy Award Nominee Taylor Sheridan, ‘1883‘ is a prequel to the popular drama television series ‘Yellowstone.’ The western drama show centers upon the Dutton family who embark on a perilous journey to Montana in hopes of a better life. Fans of ‘Yellowstone’ who wish to learn more about the past of their favorite characters should definitely watch the series as it has several surprises in store for them.

‘1883’ stars Tim McGraw, Faith Hill, Sam Elliott, LaMonica Garrett, Isabel May, and Marc Rissmann with memorable cameos by Billy Bob Thornton and Tom Hanks. In case you are excited to learn more about the highly anticipated series, then look no further. Here’s everything you need to know.

In the late 19th-century, the Duttons face grave financial issues, unlike their descendants, who are influential and wealthy. The poverty-stricken family – with no hope of bettering their life in their original homeland – decide to turn things around for themselves by embarking on a westward journey to Montana. The perilous path through the Great Plains throws them in unexpected situations and forces them to make some tough calls.

The choices that the Duttons make ultimately echo through time and eventually affect generational wealth and power. The prequel lays bare the decades of familial drama and struggles that finally make Duttons one of the most influential families in Montana and the owner of the largest ranch in the region. Naturally, you must be excited to learn more about the history of the family. So, here is all the information you need if you want to watch the prequel of ‘Yellowstone.’

Netflix subscribers who are looking for ‘1883’ on the streaming giant will be disappointed as it is not a part of its massive collection of shows. But if you are looking for somewhat similar shows, we recommend watching ‘Godless.’

Hulu’s current catalog of television shows and movies does not include ‘1883.’ This means that subscribers can either search for the show on some other platform or alternatively stream shows such as ‘Justified‘ or ‘Quick Draw.’

Although ‘1883’ is not a part of Amazon Prime Video’s regular offering, you can still watch the show here. But it will only be accessible to subscribers who have a Paramount+ add-on.

The western drama show is unavailable on HBO Max as of now. Furthermore, its highly unlikely that it will be available on the platform even in the future. Therefore, we recommend our readers alternatively watch neo-western series like ‘Westworld‘ or ‘Deadwood.’

‘1883’ is all set to premiere exclusively on Paramount+ on December 19, 2021, at 3:00 a.m. ET. But you must have a subscription to the streamer to watch the show. In case you are already a subscriber, then you can watch the show right here. According to reports, the series will also be accessible on DirecTV.

Paramount+, DirecTV, and Amazon’s Paramount+ add-on all offer a 7-day free trial for first-time subscribers. People who plan on watching the series can use any of the aforementioned offers. However, we encourage our readers to refrain from resorting to illegal means and watch their favorite shows only after paying for them.