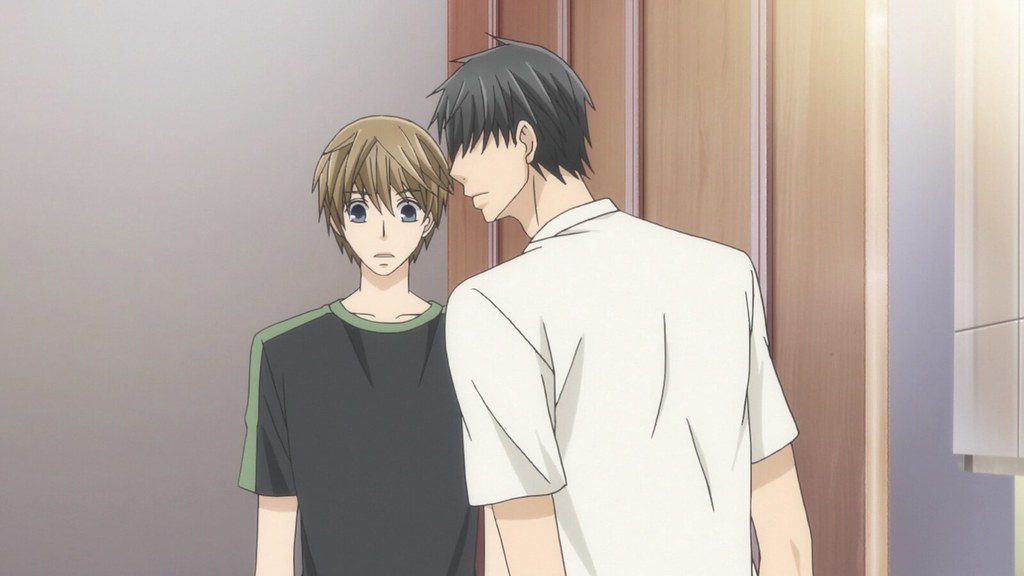 With its colorful characters and stories, over the years, ‘Junjou Romantica’ has earned the reputation of being one of the best romantic anime out there. Animated by Studio Deen, which is also known for its work in ‘Fate/Stay Night‘ and ‘Vampire Knight‘, the anime has a very classic kind of art that very well fits in with its rom-com themes. The best thing about it is its diverse characters and their relationships.

While most anime shows focus on typical heterosexual relationships between high school students, ‘Junjou Romantica’ defies the common norm and brings a positive light on the homosexual relationships of its characters. Overall, it is the kind of show that might initially give you a wrong impression of what it’s trying to portray, but if you stay with it for a fairly long time, you pleasantly shocked at how addicting it can be. Certainly a must-watch for all romantic anime lovers out there who don’t mind the involvement of yaoi.

Junjou Romantica Season 4 Release Date: When will it premiere?

Studio Deen took a long hiatus of seven years between season 2 and season 3 which certainly gives us hope that even after five years since the release of its last season, the anime might return. Even its original manga is still running and so far, it has a total of 21 volumes. So a lack of source material should not be a problem for the creators. From what it looks it, it is still possible that ‘Junjou Romantica’ might come back with a whole new season in the near future. But without any official confirmation, we cannot be too sure about that. As soon as we get any confirmed new regarding this, we will surely update it here in this section. Till then, you can check out our list of other similar Romance anime shows.

The English dub of ‘Junjou Romantica’ is not available yet, but you can still stream it on Crunchyroll with its original Japanese audio and English subtitles.

‘Junjou Romantica’ centers a high school student named Misaki Takahashi who is determined to get into the best university. To get ahead of his peers and also improve his chances of getting into the university of his choice, he accepts all the help he can get and that’s when his brother’s friend, a popular author named Akihiko Usami, starts teaching him. But soon, Misaki discovers that Akihiko writes about some really kinky stuff and to his surprise, the author’s writings evoke some weird feelings in him.

Apart from the romance story of the two main characters, ‘Junjou Romantica’ also brings in the two other parallel stories that focus on the relationships of two other couples. One of these stories focuses on the relationship between university professor Hiroki Kamijou and pediatrician Nowaki Kusama where Hiroki admires Nowaki from a distance after falling deeply in love with him and is willing to do anything to be with him. The final story focuses on the obsession of a spoilt rich 18-year-old named Shinobu Takatsuki who falls for his literature teacher but unfortunately, he is the only thing that he cannot have so easily.

Misaki Takahashi is a distressed high school student at the beginning of the anime who blames himself for the death of his parents. He works really hard to get into the best college so that he can somehow repay his brother for all the sacrifices he has made for him. He is typical tsundere and can appear extremely brash to those who don’t know him. But his rude behavior is only driven by his anxiety and deep inside, he really cares for the people around him. But despite all the work that he puts into his studies, he ends up failing all of his practice exams and this when his brother forces him to get tutored by one of his friends.

What starts off as a professional relationship between Misaki and Usami, soon turns into a romantic one but it all comes with its own set of complications. While Usami is openly expressive about what he feels, Misaki seems to be the exact opposite and has some very idealistic expectations from his relationship. Even when the two of them move in together, Misaki still struggles to accept that he is actually in a relationship with Usami.

Akihiko, nicknamed as “Usagi”, is a bestselling author who is very well known for his literary accomplishments. When Misaki fails his exams, his elder brother invites Akihiko to tutor him. Later when Misaki’s brother moves away, Usagi and Misaki start living together and from being roommates, the two of them eventually become lovers. Akihiko grew up in a very rich well-to-do family but he was always neglected as a child and his parents would always just be too busy with their work.

When his mother later cheats on his father, he starts to despise the whole idea of being romantically involved with women. Because of his tough childhood and his present loneliness, he often writes down his thoughts in the form of stories in one of his notebooks. He always tries to bottle up his feelings and appears to be mature and wise on the outside. But there are times when he reaches a breaking point and lets it all out in just one go. In appearance, he is quite tall and has grey hair. For some strange reason, he always dresses up in formals, even at his own home.