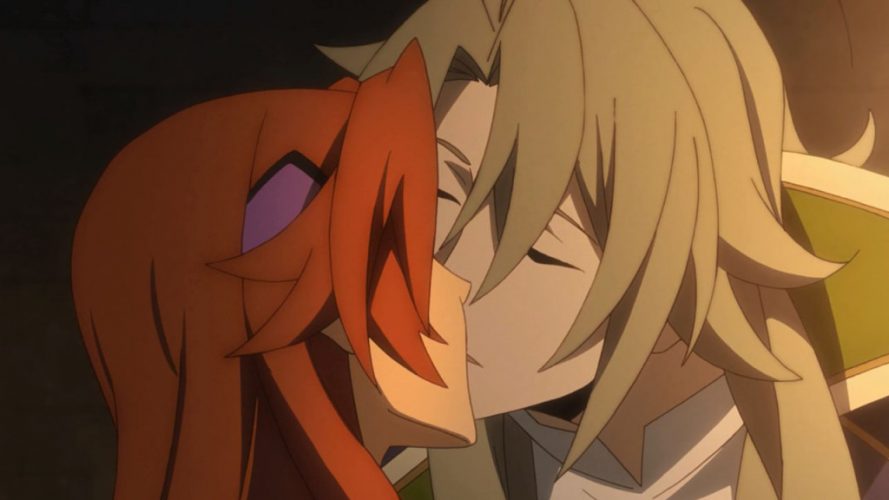 Romance is a genre which is popular in all forms of media. Be it movies, series, literature songs etc. Anime has been spinning out some great romantic stories for a long time. This year too we had some great content. I have tried to cover the ones I watched and enjoyed. Here’s the list of top anime movies and series of 2018. What do you think was the best romantic anime of 2018? Let us know. 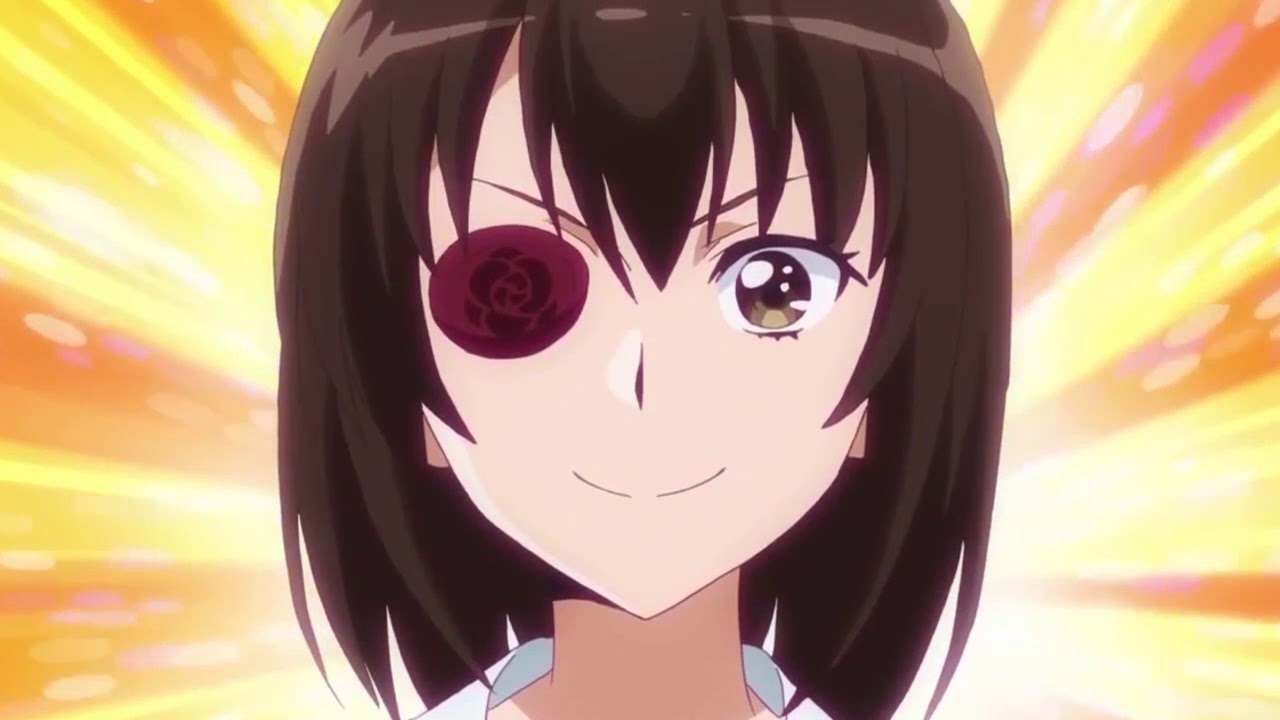 Do you like cute young girls? I am sorry it came out all wrong. Let me rephrase that. Do you like cute young girls in an anime? That sounds better, doesn’t it (I hope so otherwise, I am going to jail). ‘Uchi no Maid ga Uzasugiru!’ is a Shoujo Ai. I hope after I schooled you in that topic you will understand what this anime is about. But still, your perceptions might be challenged as the female relationship is not between two mature females but rather an adult female and a young girl. Yup! I know you think that’s creepy. But do you know who doesn’t? Japan! (Why the hell were you guys pointing to me?) Being attracted to young prepubescent girls is apparently quite funny in Japanese media.

I guess I should be offended by it by I am not. Once you watch such shows you will understand that it is actually meant to be funny. I guess they know where to draw the line. the plot of the anime Tsubame Kamoi who is a lolicon. She falls for the young Misha Takanashi who doesn’t like her. The fact that Misha’s father hires Tsubame as a maid doesn’t help Misha. The entire show is about Tsubame trying to get close to Misha while she tries to fend her off. 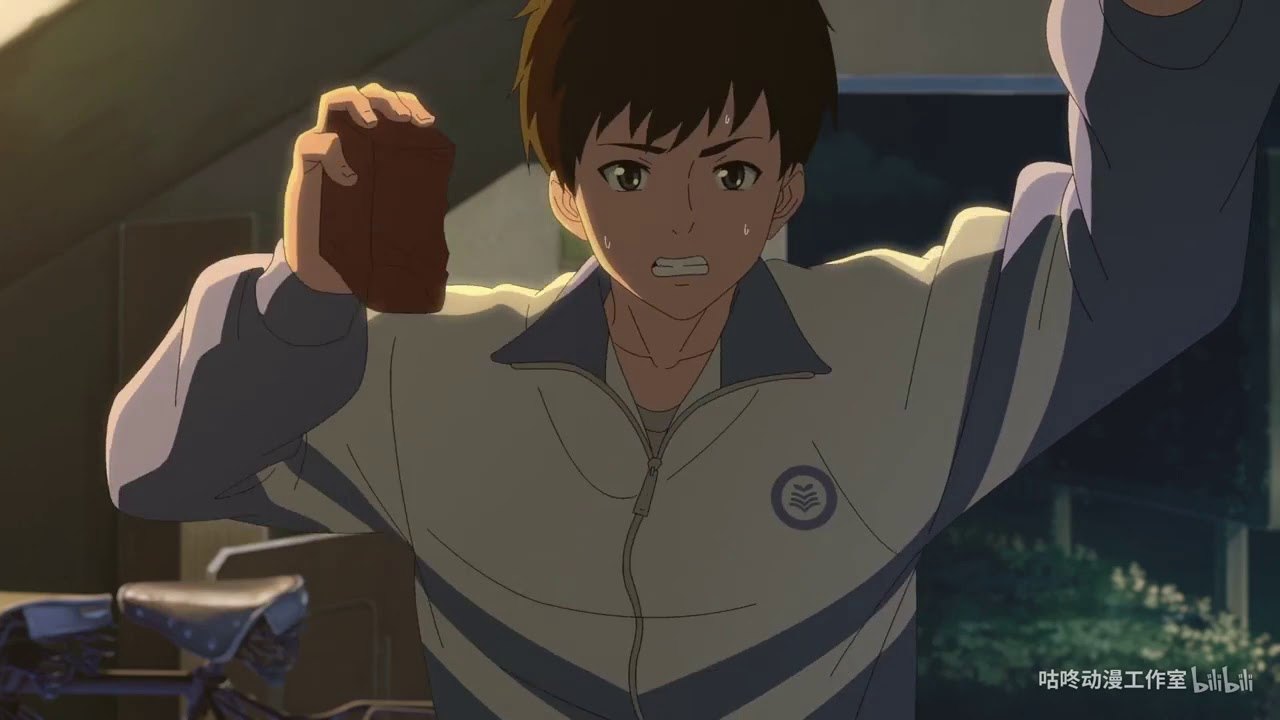 ‘Zuori Qing Kong’ is a nice little romantic anime movie. It was released a month before. Despite certain shortcomings of the movie I enjoyed it enough to include it in this list. The characters were interesting enough and certain scenarios that the film depicted were kinda relatable. The plot is set in 1990s China. Tu Xiaoyi is a high school student who just loved to play video games with his friend. He is a carefree boy and marks don’t bother him. But what will happen when he is given a responsibility of becoming the class representative along with a girl named Yao Zhetian? Will Tu be able to experience first love?

‘Tensei shitara Slime Datta Ken’ is still airing. I have only watched three to four episodes. I guess there have been around 8 episodes so far. The show is really good and one of the main reasons for that is due to its refreshing nature. Don’t get me wrong. The premise is so old and unoriginal that it has been done to death. Take any fantasy anime and more times than not you will end up having to deal with the plot of a normal human being transported to another world where magic exists. Then that human also gains a lot of powers and now there are troubles in this new world and he or she needs to save it with their powers.

‘Tensei shitara Slime Datta Ken’ has a similar premise. But instead of transporting a magical world and becoming a handsome warrior with lots of power, our protagonist becomes a slime. Yup! no kidding. He actually becomes a slime. The title even translates to ‘That Time I Got Reincarnated as a Slime’ to let you know that fact. Don’t worry our slime has magical powers too. The story basically goes like this-37-year-old Satorou Mikami has an ordinary life. He is murdered by a robber and as the title suggests he is reincarnated as a slime monster. Thus, his adventures begin in a new world with a new form. 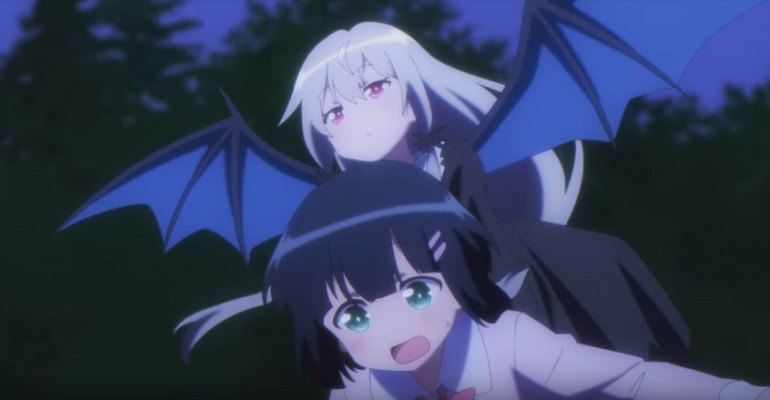 The title of the anime ‘Tonari no Kyuuketsuki-san’ translates to ‘Ms. Vampire Who Lives in My Neighborhood’ and yeah that pretty much gives away the plot right their. The story is about a vampire who lives in the protagonist’s neighborhood. Though the theme fo the anime is supernatural and vampire there’s some Shoujo Ai theme too. I recently found out that the term ‘Shoujo Ai’ is not a Japanese word. It’s actually American. It has been derived from the word Shounen Ai which basically meant depiction of non-explicit male relationships.

Shoujo Ai basically means Yuri. When we use the term Shoujo Ai in connection to anime it means that the anime basically features the non-explicit relationship between women. Anyways, coming to the plot. the protagonist of the anime is a cute young girl named Amano. She gets involved in an incident but is luckily saved by Sophie Twilight who is a vampire. She flies Amano to safety. Amano is fascinated by the vampire girl an one day when she arrives at the latter’s house uninvited they start staying together. Sophie is a modern-day vampire. Yup! She needs to consume blood as normal vampires do. But she doesn’t attack humans rather she orders her blood via mail. Overall, ‘Tonari no Kyuuketsuki-san’  is a nice comedy and involves a bunch of cute girls doing cute things.

5. Darling in the FranXX 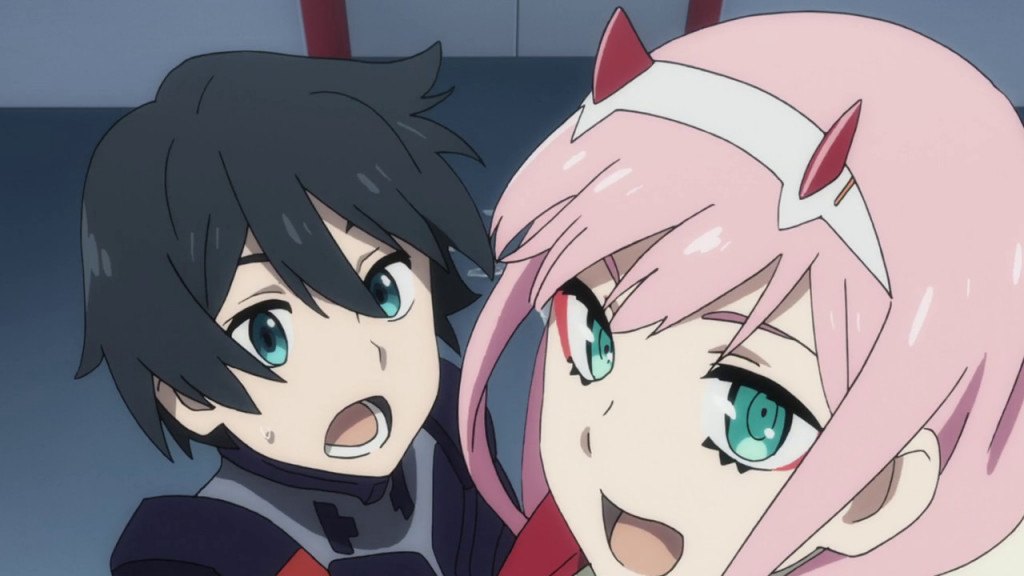 When you watch the anime ‘Darling in the FranXX’ you can’t help but wonder does the creators really think that the future’s going to be that bad. I mean, there are many tv shows, movies, anime etc. that make you believe that the distant future is a mean place to be in. Humans have been forced to brim of extinction by aliens or monsters or Artificial Intelligence. But the good thing about most of them that there is a hope, a messiah of some sorts arrives or people discover something to get them out of their misery.

‘Darling in the FranXX’ is as I mentioned set in a dystopian future where humans are quite close to extinction. The causes of such trouble are Klaxosaurs who are humongous monsters. The survivors have fled to cities known as Plantations. It is here that defenders of the human race are forged. The children are trained to pilot big mechas known as FranXX which are used to effectively attack Klaxosaurs. FranXX mechas are supposed to be operated in a pair consisting of a male and a female (I am quite sure some creepy scientist thought of this). Hiro had been wanting to be a good pilot but is feeling hopeless after flunking in an aptitude test. While wandering around he meets a girl who has two horns. Turns out she is an infamous pilot, Zero Two,  who is dubbed as the ‘partner killer’. Soon, a Klaxosaur attacks the city and Zero Two boards her mecha to fight the monster she loses and is hurt. Since her partner is dead she asks Hiro to help her. He agrees and they defeat the monster. Guess the partner killer has a new partner. 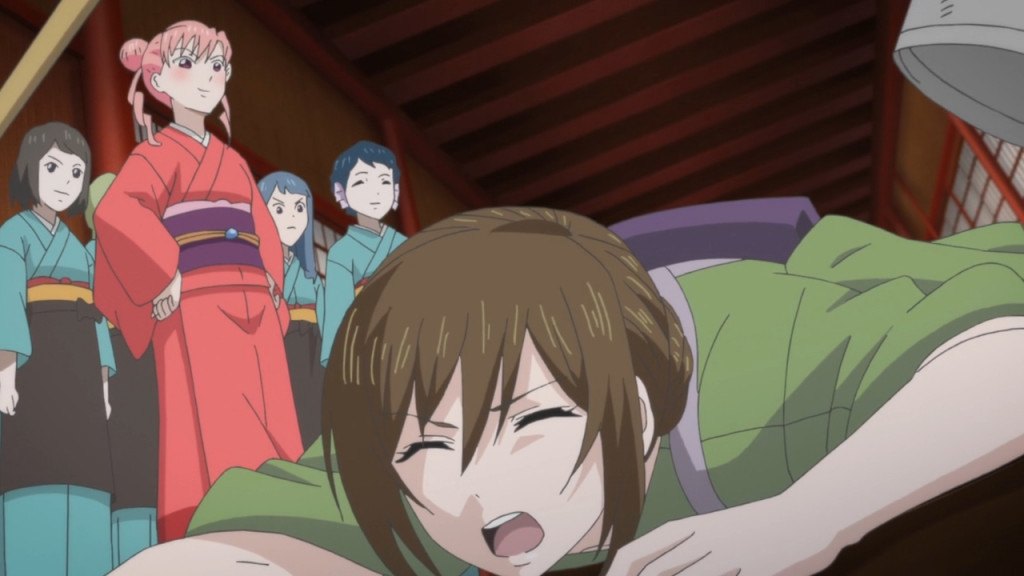 Up next is a supernatural anime. Spirits and Yokai are quite a common thing in the Japanese folklore I guess since I see them pop on every other anime. At first, when I heard the word Ayakashi I was confused. But then it turned out to be kinda synonymous to Yokai. ‘Kakuriyo no Yadomeshi’ is a unique story. It kinda reminded me of ‘Shokugeki no Soma’. Yup! This anime is also about food and it’s importance.

Though ‘Shokugeki no Soma’ focused on the culinary aspects and competitive nature of cooking ‘Kakuriyo no Yadomeshi’ focuses on the importance of food in people’s life. Aoi is a not so normal college student. She had high spiritual energy since her childhood. This made her a delicious target for the Ayakashi who would just love to devour her. Aoi’s grandfather had similar abilities too. He advised Aoi to become a good cook so that when the Ayakashi comes she should make them eat her food and not her. One day while moving past a shrine she encounters an Ogre who kidnaps her. He takes her to the place where all Ayakashi live. He then told her that her grandfather was indebted to him and she needs to pay off his debt by marrying him. Aoi refuses the Ogre’s demands but decides to pay off the debt by cooking at his inn. 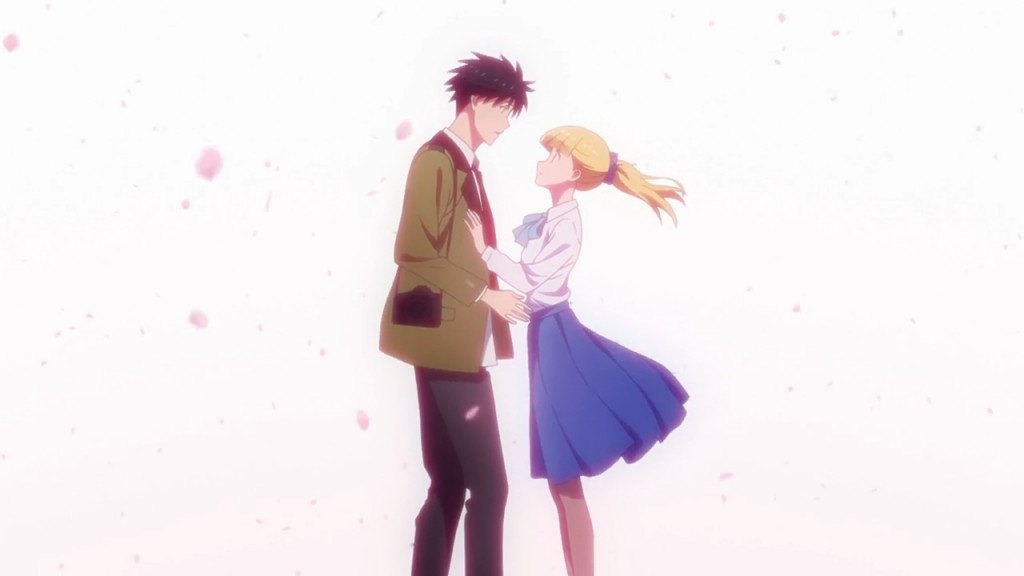 ‘Tada-kun wa Koi wo Shinai’ is a romantic comedy. It is an original anime which means it isn’t based on any manga though after watching a few episodes of the series I felt it is based on lots of mangas. I don’t meant to insult the creators with that comment. If I really didn’t like it I would have not included it on the list. The thing about ‘Tada-kun wa Koi wo Shinai’ is that the concept and the premise is not something original. Many anime and manga has used the same premise before and have come up with really beautiful story. There is no path-breaking work going on here but the reason it is on the list is because it is enjoyable. The humor is light and the story is okay. I liked how the anime looked.

The plot focuses on two main characters  Mitsuyoshi Tada and Teresa Wagner. Mitsuyoshi Tada wants to be a great photographer like his father who was quite famous in that profession. His parents died and his dad’s last clicked picture was one of the things that came back from the accident. Teresa Wagner is a girl from a country known as Larsenburg (don’t go on looking for it. It is fictional). On arriving in Japan she got separated from her travelling companion and is now lost. Tada helps her and brings her to his grandfather’s shop. 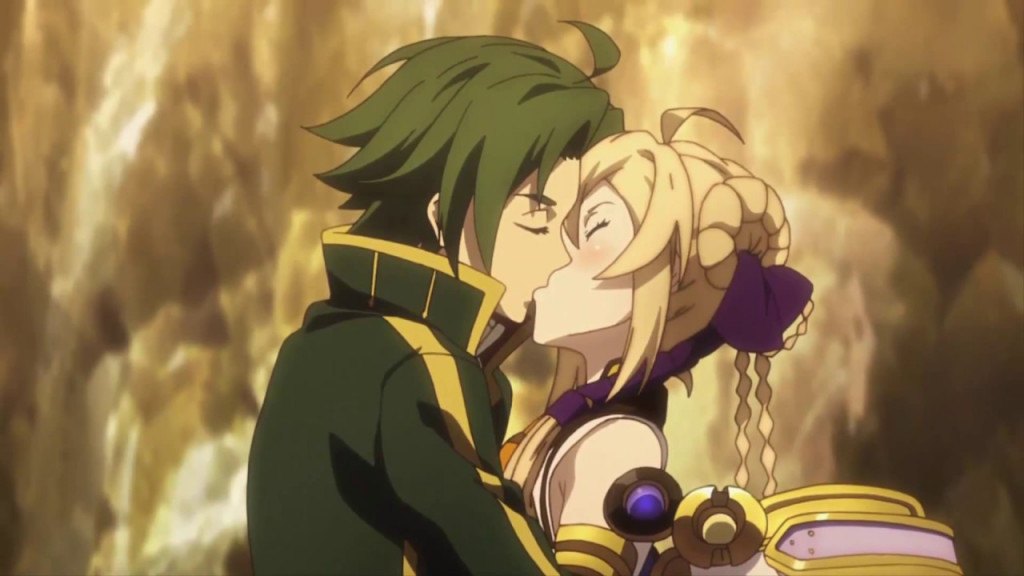 Though ‘Grancrest Senki’ is basically a fantasy anime it has themes of romance too. The anime is set in a war-torn world. Chaos is a form of dark energy from another dimension. It converges and brings forth destruction. From within the chaos demons and monsters enter our world. It is this chaos that caused the Great Hall Tragedy. In the continent of Atlatan Fantasia Union and Factory alliance are two factions who have decided to resolve their differences and enter in a peaceful relationship. This was supposed to be marked by the marriage of Sir Alexis Douse and  Lady Marrine Kreische. But peace was a cry when Chaos appeared and began wreaking havoc. Demon Lord of Diabolos emerged from the energy and brought death and destruction with him. He instantly murdered the archdukes and all hopes for peace were lost. Siluca Meletes is a mage of the Alliance faction. She wants to train under a master magician following her inability to stop the events that had taken place. She is saved by Theo Cornaro from a group of bad soldiers. Siluca thinks that Theo is special and his goals are noble. They enter into a magical contract with him. The duo then sets out to save their land. 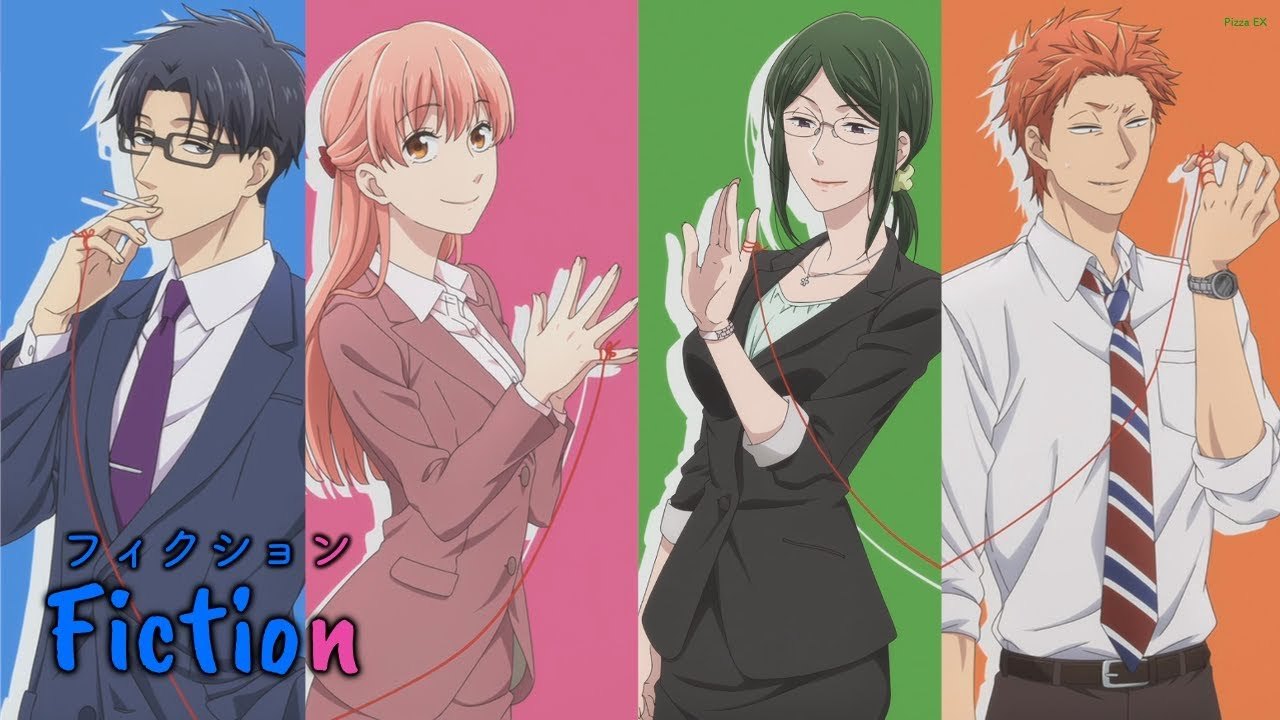 One of the main reasons I enjoyed ‘Wotaku ni Koi wa Muzukashii’ is because of its characters. The characters are really interesting and relatable. Though the show is set mostly in an office environment it never gets too boring. The colorful characters keep things moving. The title roughly translates to”Love is Hard for Otaku”. Otaku basically means a person who is obsessed with anime and manga and other media related to them. It is basically the term ‘nerd’ in English. You can be a gaming nerd or a comics nerd. Similarly, Otaku means a manga or anime nerd. The main characters of the anime are Hirotaka Nifuji and Narumi Momose. Hirotaka is a gaming Otaku and loves playing first-person shooters. He really cares about the built and quality of the game. Narumi is an Otaku too. She loves reading manga and watching anime. She tries to hide her fujoshi lifestyle. Fujoshi are basically fans of homoerotic fiction involving male characters. The pair is dating each other and has been in love since their childhood but as the title suggests “Love is Hard for Otaku”.