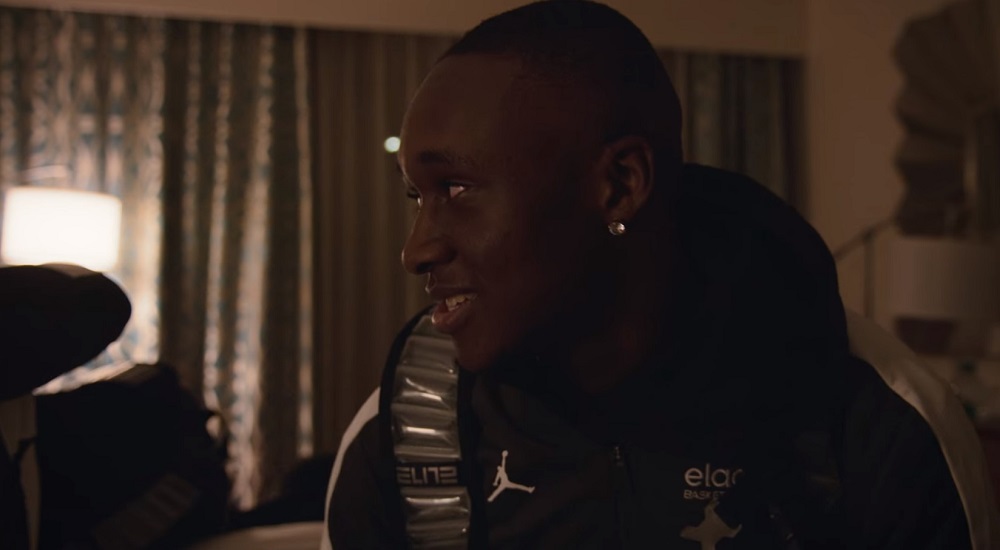 Netflix’s ‘Last Chance U: Basketball‘ is a fascinating documentary series that revolves around those affiliated with the basketball team of East Los Angeles College (ELAC). The once-faltering sports program of the institute is now making a huge impact within the CCCAA circuit, thanks to work put in by Head Coach John Mosley and his students. Through their hard work, the players hope to rise in the field and become respected players. One such athlete featured in the show was Justin Gladney, who was seen playing in the guard position in the second season of the ‘Last Chance U‘ spinoff. If you want to know what the ELAC Husky is up to these days, we have your back!

Who is Justin Gladney?

Originally from Los Angeles, California, Justin Gladney has been playing basketball from a young age. Thanks to his talent, he was even invited to participate in the 2016 Ballislife Jr. All-American Camp, an event organized by Open Gym Premier and West Coast Elite 25. The athlete went on to join Fairfax High School and became a part of the institute’s basketball team, the Fairfax Lions. Given his impressive performance, Justin and his team were able to claim several achievements.

In the 2021-2022 session, Justin Gladney became a part of East Los Angeles College’s basketball team. This meant that the player was often seen in the ‘Last Chance U: Basketball’ season 2. As an ELAC Husky guard, his performance in this particular season was nothing to scoff at and helped his team win several matches. As of writing, the athlete has played 29 matches as a Husky and participated in 8 conferences.

Since his inception as an ELAC player, Justin has spent 461 minutes on the basketball court and started 10 games. During this, he has scored 186 points, blocked once, and stole the ball 28 times. Apart from his individual statistics, the player has also helped his teammates in scoring points. In fact, he has a whooping 106 assists on his record with 50 turnovers. Given such impressive numbers, one can easily see why Justin’s presence boosted ELAC’s performance as a whole.

Where is Justin Gladney Now?

As of writing, Justin is apparently still a proud ELAC Husky. The athlete is based in Los Angeles, California, and maintains his passion for the sport. In the ongoing 2022-2023 season, the athlete’s skills are surely going to boost the morale and statistic of his team. As of writing, the Huskies have won 6 out of the last 8 games they participated in. This includes the three matches that were played as a part of the Riverside City Tournament and won by ELAC.

Given the recent release of the second season of the documentary series, Justin has been hyping up the show lately and seems excited to see him and his team on the small screen. We wish Justin the best for his basketball career and hope that he keeps scoring points on the court.