Who is the Killer in Mare of Easttown? Here Are Our Theories 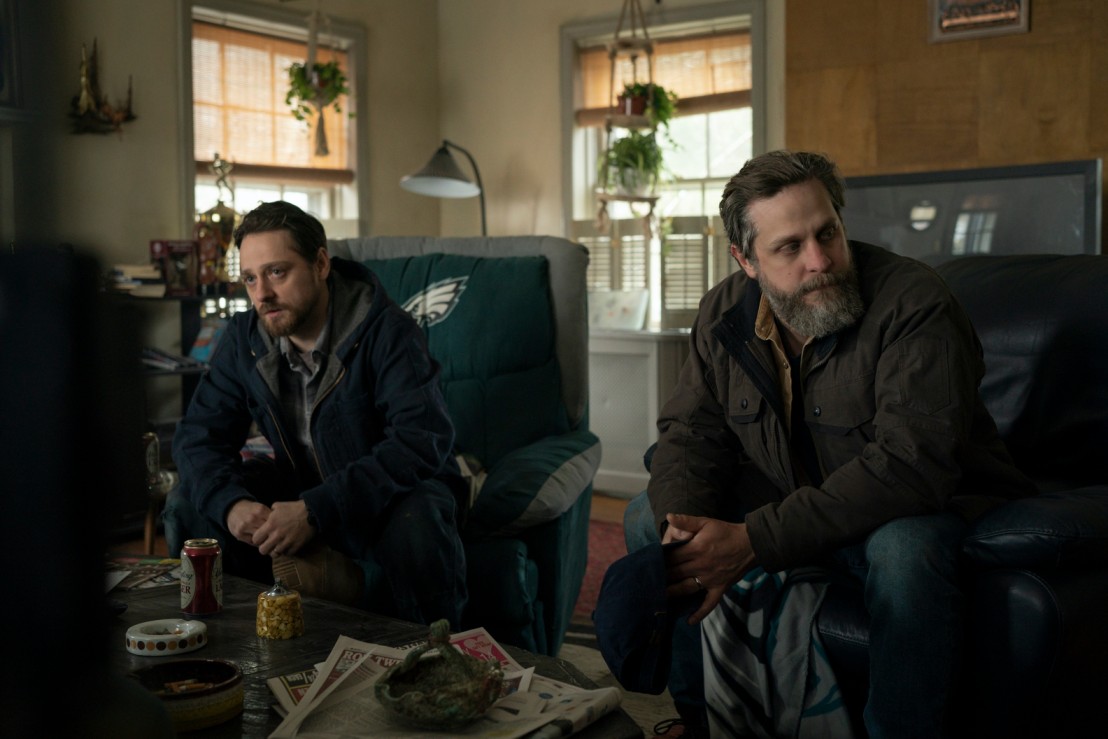 As far as convoluted mysteries go, ‘Mare of Easttown’ does it like no one else. In just 5 episodes, we have been led to believe that anyone – and I mean anyone – can be responsible for the gruesome murder of Erin McMenamin, a teenage mother with an emotionally abusive father. With every passing episode, the suspects change, and in the wake of the latest episode, there is one question plaguing everyone – are John or Billy Ross or both behind the gruesome act? Well, there’s a lot to ponder over, so sit tight because this is an explosive ride, and there’s much to uncover.

Look, Colin Zabel is dead. As devastating as it is, we just have to come to terms with it. So, if you had him on your suspect list, now would be the right time to scratch his name. But fret not, because episode 5 has given us two more suspects in the form of John and Billy Ross. Both of them are related to Erin since Kenny, her father, is their cousin, and ‘Illusions’ incriminates them like no other. In a “casual” conversation, Mare finds out that after Erin’s mother died, the teenager would sometimes live with Billy when Kenny was indisposed due to his alcoholism.

When this thread is tugged during the conversation, Billy mentions that Erin probably stayed with him for a few weeks, but then Lori clears it up by saying that Erin stayed for much, much longer. Given that we don’t know who DJ’s father is, it seems highly likely that Billy could have been grooming and abusing Erin in the duration that she stayed with him. Why else would he be so nervous when Mare asks him about that living arrangement? Plus, Mare eyes the beer bottle that Billy leaves behind as he hurriedly takes his leave.

Mare, ever the eagle-eyed detective, might just have used that beer bottle to construct Billy’s DNA profile and run a paternity test. We might soon come to know that Billy is the father. And if that’s the direction the story takes, it would be hard to deny that Billy becomes our prime suspect since he will have more than one reason — incest and pedophilia — to kill Erin.

As for John, episode 5 certainly does him no favors; there’s no alleviation of his alleged guilt. Firstly, there’s that scene – you know the one I’m talking about – where John tells Ryan that the “secret” is theirs to keep and should not be revealed to Lori. Then, after Ryan hits his sister’s bully, Lori picks him up from school and asks if his father is doing something with “the same woman.”

At first glance, it seems as though this is pointing to his apparent infidelity. However, the director of the show, Craig Zobel, went on the record to say that this interaction between Lori and Ryan will go on to “mean something later” in the series. Finally, John tells Ryan that he has created the mess and he will clean it up, even though his son doesn’t really seem to believe that John’s words have much credence anymore. It seems as though Ryan is quite emotionally burdened, especially since he has to keep a secret from his own mother. So, is John cheating on Lori again, or is the truth something far more sinister, like John potentially abusing Ryan? The only thing that is certain is that we will have to wait for upcoming episodes to learn more about this secret.

Are Billy and John Ross Co-conspirators in Erin’s Murder?

There is a possibility that Erin somehow knew about John’s illicit affairs and used that information to blackmail him for money for DJ’s ear surgery. Or, it is also entirely possible that if Billy and Erin were involved, and John knew about it, then maybe Erin was trying to leverage this piece of information for her child’s procedure, which resulted in John killing her.

Also, does John’s alibi really hold up? Previously, it has been mentioned that John and Frank were together, drinking, on the night of Erin’s murder. But with Frank also lying about his involvement in Erin’s life, especially considering that he was just helping her with baby supplies, this alibi does not seem as credible anymore. Why would Frank lie about something as evidently kind-hearted as this? Then, there’s the fact that John and Lori are contemplating adopting Erin’s son. It comes across as a superficially sweet gesture – one that seems to rally an entire community together – but why would Lori and John want to adopt DJ? Maybe, there is a familial connection here, especially if Billy turns out to be DJ’s birth father.

In fact, some wild speculations out there also posit Lori as the killer. Lori, sick of her husband’s infidelity and seemingly nefarious activities, is pushed over the edge and kills Erin (maybe Erin was the “other woman” after all). But having done that, Lori now feels bad about taking DJ’s parent away from him and thus wants to adopt him. Although this theory does not have much backing it right now, maybe future episodes will push the story in this direction. Moreover, here’s some food for thought: Julianne Nicholson is a huge star in her own right, and she couldn’t have been brought on simply to play the best friend, right?

Guy Pearce is arguably the biggest name in the roster after Kate Winslet. It is also suspicious that Pearce’s character, Richard, waltzes into town, and then Erin is murdered. One does wonder if he had something to do with Erin’s death, especially since he has no ties to the tight-knit community and may just be able to get away with the crime. But as of now, ‘Mare of Easttown’ does not lend much evidence in support of this theory.

However, ‘Mare of Easttown’ has some rather bleak themes, including suicide and mental health issues, and so it may not be too much of a stretch to involve the angle of child abuse. Previous episodes have referred to the church’s sex abuse scandal, and Deacon Mark Burton also has accusations of sexual misconduct levied against him by a 14-year-old girl’s parents. This is why he was transferred from his previous parish as well. While we’re fairly certain that the deacon is just a red herring, one does wonder how Father Dan Hastings is involved in all this, especially with Mark revealing to Dan that he dropped Erin off at the park the night she was murdered.

A really dark theory out there poses a relevant question – is Dan somehow abusing children in his own church? After all, it could be possible that Dan was molesting Kevin, which is what led the latter to spiral into drug usage and eventually take his own life. Is it possible that before killing himself, Kevin somehow told Erin about all this? (Is Drew developing ticks because Dan, or someone, is assaulting him?) Maybe a misguided savior complex also led to Dan orchestrating the kidnappings of Katie and Missy since he thinks that he’s essentially saving them from their lives of drugs and prostitution. Only time will tell if this theory holds up.

In the episode 6 trailer, we see John’s father tell John that he has something important to say. While it’s anyone’s guess what information the elder Ross has access to, it could be possible that it will only end up incriminating John (or Billy) further in the murder case. Lastly, we need to think about the secrets that Dylan is hiding. Why did they burn the journals, and what is on the paper that Jess saves? Why is Dylan chasing her in the next episode? How does it all tie in with John and Billy, who definitely know more about the case than they are letting on?

We still need more pieces of the puzzle to solidify any theory, but in saying that, it is clear that John and Billy are not innocent. They may just have orchestrated Erin’s murder to hide their own dirty secrets, but to no avail, hopefully. In fact, since it has already been established that someone close to Erin — a romantic partner or family member — has killed her, it seems like Billy and John Ross fit the bill.