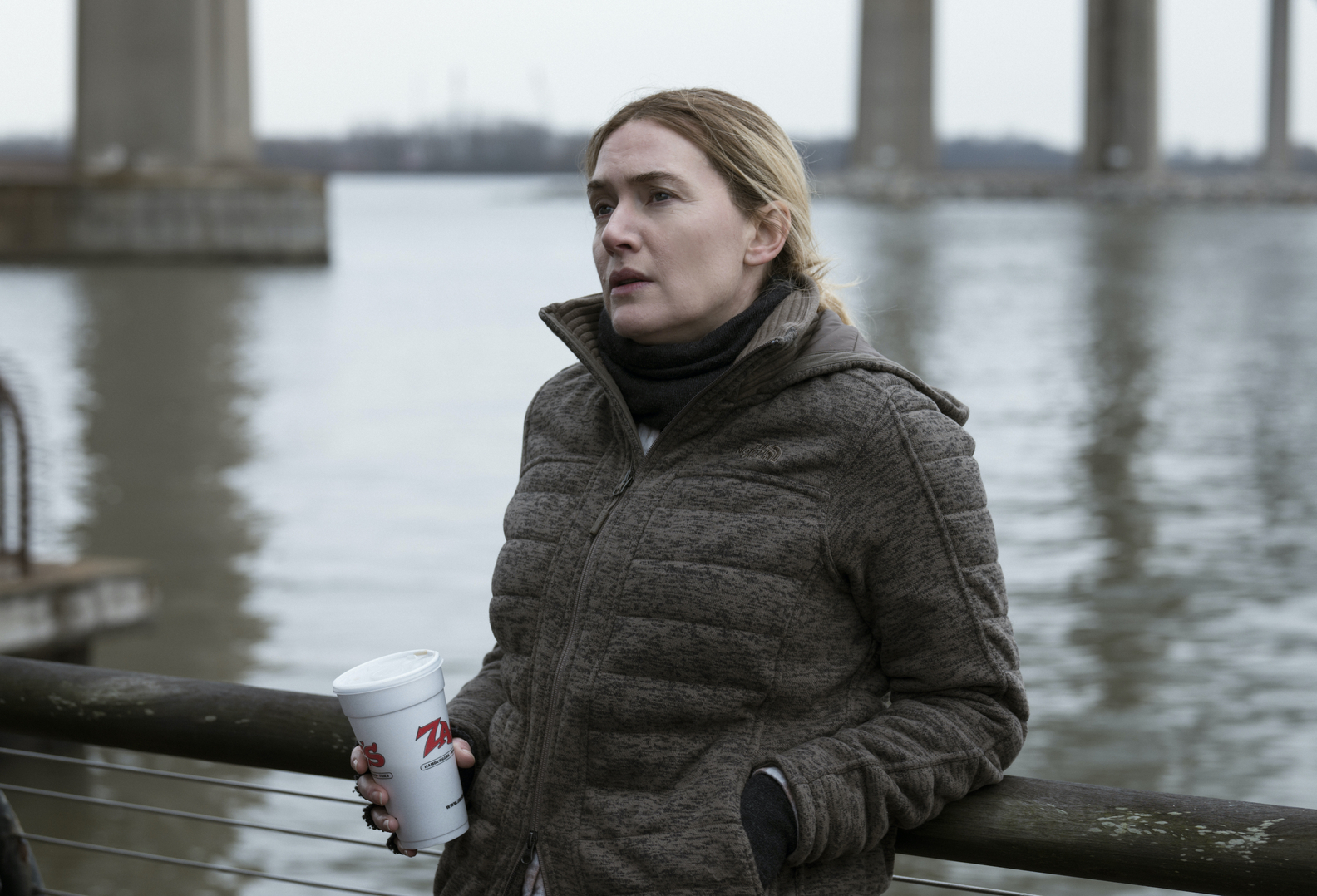 ‘Mare of Easttown’ is a masterclass in suspense building, and this becomes only more commendable when you consider that it is a miniseries – it spins an enthralling tale in just a few episodes, much unlike a few series that have been on the air for years. With brilliant performances by the likes of Kate Winslet, Evan Peters, Julianne Nicholson, Jean Smart, and Guy Pearce, there really is nothing to not like about this crime drama, and episode 5 solidifies this notion even further. Unapologetically gripping in its substance, there is a lot to unravel in the aftermath of that jaw-dropping, earth-shattering climax. We’re sure you have many a question on your mind, and we come bearing answers. SPOILERS AHEAD.

Betty Carroll, the resident old lady who suspects everything, unfortunately, has a heart attack and crashes her car fatally, causing the electricity for the whole town to go out. As Mare helps Drew find his turtle, she comes across a video of Kevin on a former birthday. In therapy, the currently disgraced detective reveals that Kevin was diagnosed with Tourette’s syndrome and mood disorders and that her own father committed suicide when she was 13. Mare is also worried about Drew inheriting a similar fate.

At home, Mare finds out that Erin had lived for a while with Billy, John’s brother. But when Billy is asked about this, he seems quite nervous and leaves. Drew’s custody is still in the air, although it is quite likely that Carrie will get it. Brianna questions Dylan about his absence on the night of the murder, and he tells her to leave in a rather incriminating manner. It is then revealed that Hilary, another girl that was kidnapped by the culprit, was let go after he impregnated her. He then ties up Katie and Missy since it’s poker night and he is expecting guests.

Ryan, Lori’s son, beats up a bully, and she is called to the school. She then asks Ryan about the secret between him and his father and then questions if John is “doing it again” with the same woman as before. At Betty’s funeral, her husband reveals that he had an affair with Helen. Later, Colin and Mare go on quite the disastrous date, and Helen calls Carrie over to spend time with Drew. Dylan, Jess, and another friend go retrieve Erin’s journals and burn them later, but not before Jess saves a piece of paper from it.

Mare spots the “suspicious” figure from before in an alley, but it turns out it is just the elderly Dennis, who has memory ailments and does not remember the location of his own house on many occasions. The Chief obviously scolds Mare for this mishap. Mark then goes to a restaurant to pick food up before being attacked by a group of people. When Dan tries to talk to him about this, the deacon breaks down and confesses that he was with Erin the night she died and that he dropped her off at the park.

Colin and Mare talk to a girl who had an altercation with the perpetrator, and she reveals that he is a white, bearded man who drives a blue van and smokes Winstons. She is also able to provide the cops with a partial number plate, and they begin talking to all the matches. Mare and Colin also talk about Mare’s issues, and she apologizes for her behavior on the date. Colin also reveals that it was actually a private investigator and not Colin that effectively solved the case he is known for. Following this, Colin kisses Mare.

As the duo questions those who own blue vans, they find the owner of Bennie’s Tavern – Mr. Potts. Not only does he smoke Winstons, but the bar owner also packs heat. Mare and Colin question him, but he mentions that he lives alone. However, Katie and Missy are able to discern that people are over and start banging a pipe, hoping that whoever is outside will be made privy to their presence in the house. This plan works, and as Zabel brings out his gun, Potts shoots him. Mare then runs away from Potts and is able to locate the girls. She also texts her colleagues the address. As Potts hunts her, she eventually gains the upper hand and shoots him instead.

As the police show up at the house, we heard audio where Kevin says, “It’s my birthday,” following which, the curtains drop. Needless to say, the question on everyone’s mind is if Colin is dead or alive. Unfortunately, it looks like the former is the more viable outcome. This is the one time I hope I’m wrong, but it truly appears as though Potts got Colin. First things first, if it were a “minor” shot, then Colin would have aided Mare to take Potts down. But during the whole ordeal, Mare is on her own, and Colin is on the floor, although it is his gun with which Mare eventually kills Potts.

Secondly, we need to revisit the scene where Colin and Mare kiss. You could blame it on retrospection or hindsight being 20/20, but do hear me out. After Colin kisses Mare, he asks her how she would know what he wants, and we see Mare smiling, albeit subtly, almost like a schoolgirl. But there’s also the fact that Mare’s life is, well, complicated. Things don’t usually work out for her the way she wants them to, and why should this be any different?

Mare’s constant companion has been loss – the loss of her father, Kevin’s death, the possibility of Carrie gaining Drew’s custody, and now, possibly, Colin’s passing. Also, Colin’s death could just mean that Mare will be brought back to the force, and she will likely have this newfound inspiration, for the lack of a better word, to bring Erin’s murderer to justice. With this, let’s discuss if Potts is behind Erin’s death as well.

After episode 4, it did seem as though a serial killer may have been at work, and this person, whom we now know as Potts, is the one behind the disappearing girls. But episode 5 brings forth new evidence to light – Billy’s suspicious disposition, Mark’s confession of being with Erin on the night of the murder, Jess and Dylan burning Erin’s diaries, and the fact that Potts let Hilary leave when she got pregnant. All of this points to something that has been possible all along, which is that Erin’s death and the disappearances constitute two different cases.

Although Colin and Mare have worked hard to find a connection between the cases and are even able to finally locate Potts, it seems as though the two matters may actually not be related. Episode 5, in all its melancholic glory, has essentially posited that two of the main players – Colin, the lead detective after Mare’s suspension, and the preparator, aka Potts – are no longer associated with the matter, to put it lightly. Moreover, the possible suspects in Erin’s murder case, including people like Dylan, Billy, and Mark, are shown in a more incriminating light than ever before.

Reviewing all this evidence, it seems unlikely now that Potts had anything to do with Erin’s murder. Plus, the show has already established that Erin was most probably killed by someone that actually knew her, and so far, a link between Potts and Erin has not been established. On the other hand, it is painstakingly clear that Billy, Jess, and Dylan are all hiding various pieces of information that could help Mare crack the case, and this secretive behavior really does these characters no favor. Lastly, not to state the obvious, but the story doesn’t end in episode 5; the show does go on. So the focus of the remaining episodes will most likely be Erin’s actual killer.

Sure, everyone knows that Dylan was there the night of the murder when Brianna assaulted his ex-girlfriend. But over the past few episodes, Dylan, as a character, has really gone through a lot, emotionally speaking. After all, not only did his ex turn up dead, but he also finds out that he is not DJ’s father. As far as emotional blows are concerned, he has been on the receiving end of quite a few of them. But does this mean that Dylan had something to do with Erin’s murder?

While episode 5 paints him in a suspicious light, there is something to be said for previous episodes that show him grappling with the reality of his situation. Kenny shoots him in anger, and then Dylan finds out that he is not the father. When you really think about it, Dylan does not really have a motive to kill Erin. He did not even know about DJ’s parentage until after Erin turns up dead, and this seems to be the strongest motive. Plus, despite everything, he does end up comforting a crying DJ in the hospital as well.

So, while Dylan has been grappling with his own emotions, it really does not seem like he had any hard feelings towards Erin, so to say. However, in episode 5, there is a sudden change in his behavior. Not only does he tell Brianna to leave in an assertive manner, but he also goes ahead and burns Erin’s journals with the help of Jess. Also, where was he on the night of the murder?

Brianna mentions that he was nowhere in the house, and this is highly incriminating for him. However, correlation does not necessarily translate to causation, and so one can infer that while Dylan (and Jess) may know something about the murder or the killer, Dylan was not the one behind the trigger. As for who really sent Erin to her grave, we will have to wait and watch the mystery unfold.