Who is Kitty on The Masked Singer? Latest Clues and Guesses 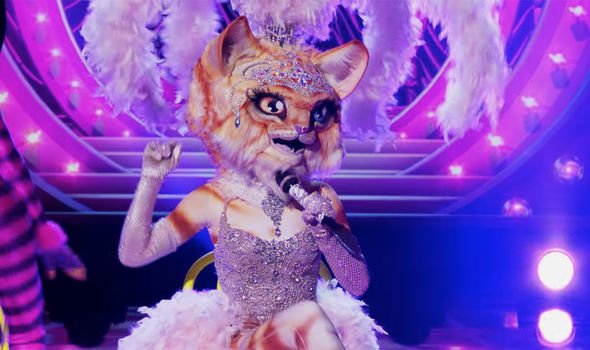 Combining an incredibly intricate outfit with powerful vocals, Kitty has been a performer to watch out for, right from the start. She’s sailed through the group stages of ‘The Masked Singer’ Season 3 but faltered for some reason during the face-offs. However, she went on to edge past Banana to make it to the Battle of the Sixes. Right from the start, several celebrities have been attached to Kitty. Fans have thrown out names like Megan Fox and Mila Kunis. Naturally, you might be curious to know who’s actually behind the outfit. We have got you covered in that regard.

Who is Kitty on The Masked Singer: Clues

Kitty’s latest clue package comes from putting her luggage through the scanner. We see a dragon, an Angel figure, a mouse, and the pope hat. She says that she loves the game of cat and mouse that the panelists play, but the latest clue package should grease up their gears. However, Kitty pronounces grease in a way that Jenny takes it to refer to ‘Greece.’ You can check out the clue package for yourself, to see if anything jumps out.

Kitty on The Masked Singer: Guesses

Kitty’s new clues have thrown our guesses into a slight frenzy. We’d earlier stated that Jackie Evancho is likely to be wearing the mask. Some of the latest clues still point towards Evancho. For example, the pope’s hat could very well refer to the time Evancho performed for Pope Francis when he visited the US. She sang “When You Wish Upon a Star,” “Can’t You Feel the Love Tonight,” and “Ava Maria.”

Moreover, a netizen has smartly pointed out that the different colored eyes that Kitty has, could refer to Evancho’s condition of Central Heterochromia, where the same iris has two different colors. Check out the tweet below.

Heterochromatic, the dumbest clue in history! Would limit Kitty to 2 artists, Kunis & Bosworth. A laughable clue for the Masked Singer. Or so we thought, Jackie Evancho in Center Heterochromatic Making that clue diabolical. See the Pope hat? Guess who sang for the Pope? pic.twitter.com/UceeVmqPMd

While Evancho remains a solid guess, the new clues have led panelist Ken Jeong, and several netizens to surmise that Kitty could be Kate Bosworth. After all, Kate was in ‘High School Musical,’ as referred to in an earlier package. Moreover, she’s made her on-screen debut in Robert Redford’s ‘The Horse Whisperer.’ Kitty had referred to Redford giving her a chance in the movies, but it could also refer to Evancho’s role in ‘The Company You Keep.’

Moreover, Bosworth’s eyes are differently colored. Kitty’s eyes have always been one of the most significant clues, even before the competition started. Finally, the latest clue package, where Kitty refers to ‘Greece,’ could hint at Bosworth’s appearance at the Met Gala in 2016, when most people said that she channeled a Greek Goddess. You can check out a fan’s tweet, expressing excitement that Ken might be right on the money, guessing Bosworth to be behind the Kitty outfit.

I was beyond excited when @kenjeong said that the Kitty is Kate Bosworth. I've been saying it for weeks now. I so want him to be right just to see everyone's faces!

For now, Kitty is expected to remain in the competition for some time. While we were sure about her identity earlier, the latest clue package has raised some doubts. Further clues from the performer will surely help us ascertain who the celebrity is, behind the Kitty mask.