Love on the Spectrum Season 2: Everything We Know 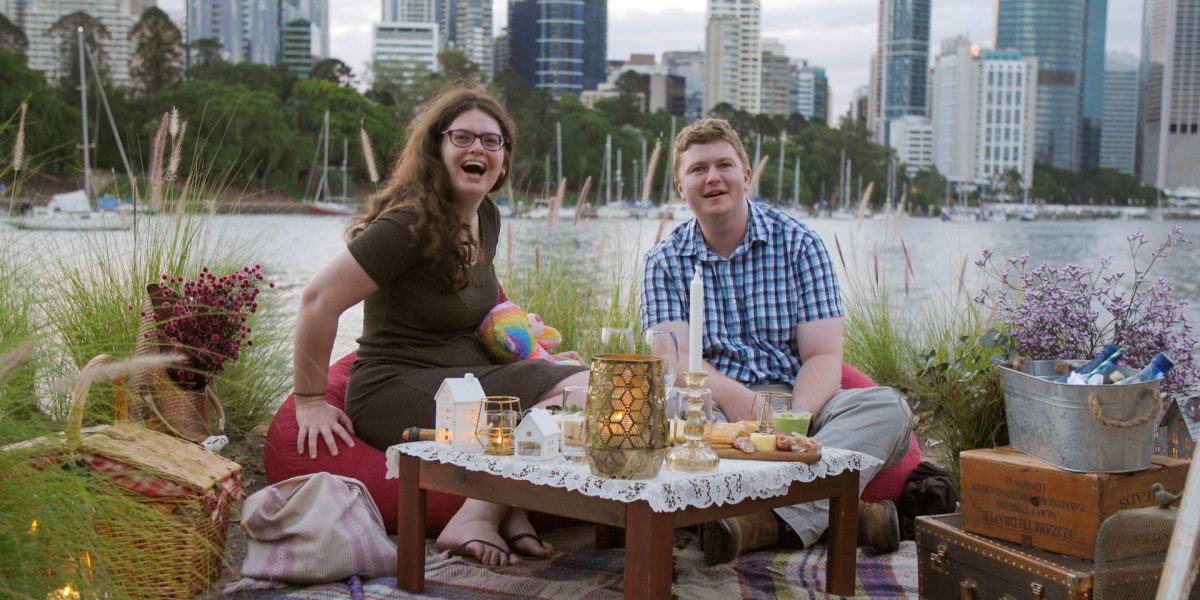 ‘Love on the Spectrum’ is a documentary series that follows several individuals on the autism spectrum as they navigate the unprecedented world of dating, looking for a romantic companion who loves them for who they are. It first premiered in 2019 on ABC Australia and garnered the stamp of approval from the critics and audiences. The series was appreciated for its heart-warming and authentic content that steers clear of any forced drama and competitiveness and simply showcases young adults falling in love.

Netflix began streaming it in July 2020, and naturally, the audience just can’t seem to get enough of the series that separates “guilty” from guilty-pleasure. If you’re done binge-watching the first season, you must be looking for the details of ‘Love on the Spectrum’ season 2. Well, we might have some good news for you.

‘Love on the Spectrum’ season 1 premiered in its entirety on July 22, 2020, on Netflix. It consists of five episodes of 30-45 minutes each. Before its release on Netflix, the show aired on ABC iview (ABC Australia) on November 19, 2019. It is branded as a Netflix original in every country outside of Australia.

As far as another season is concerned, here’s what we know. Although there hasn’t been an official renewal announcement from the creators, the production company, Northern Pictures, has explicitly stated on their official page that the second season is currently in production for ABC Australia.

However, it is safe to assume that the makers might have had to put the filming on hold due to the COVID-19 pandemic. If we consider the potential delay, ‘Love on the Spectrum’ season 2 can release sometime in 2021, on ABC iview, followed by a Netflix release a few months later.

Who are the Experts of Love on the Spectrum?

As the individuals foray into the dating scene, they are offered guidance by a few experts who possess the skills that may help them navigate it better. Jodi Rodgers is the relationship expert who helps the young adults, whenever they feel stuck and in need of some direction. Jodi is also a sexologist and therapist who has dedicatedly worked for the betterment of differently-abled people. After serving as the Regional Manager at Autism Spectrum Australia for 12 years, Jodi has formed her own organization named Birds and Bees that works for the same thing.

Dr. Elizabeth Laugeson is an Associate Clinical Professor in the Department of Psychiatry and Biobehavioral Sciences at the UCLA Semel Institute for Neuroscience and Human Behavior. The licensed clinical psychologist is also the co-founder of PEERS that provides social skills and communication training to people who are on the spectrum. Both experts might reprise their duties in the second season. Since it’s a reality show, season 2 will feature a fresh batch of singletons.

What is Love on the Spectrum About?

When it comes to the pursuit of love, most of us have experienced dejection at least once in our lives because let’s face it, finding a perfect partner is difficult. It can get more challenging if you are on the autism spectrum. However, that doesn’t mean people on the spectrum don’t yearn for a forever companion who fits in their life like the last missing piece of the puzzle. On the show, several men and women keep all their reservations aside and embark upon a journey to find the one.

As the show progresses, we see them going on dates. They get a clear understanding of relationships as they go deeper into the world of love. Throughout their journey, the individuals receive support from their families and guidance from the experts on how to properly express their feelings, understand each other, and develop better social skills. To inspire the individuals to not stop the pursuit and to make them believe in the power of love, the show also introduces couples who are already in a relationship for quite a while.

Read More: Are Mark and Lauren From Love on the Spectrum Still Together?