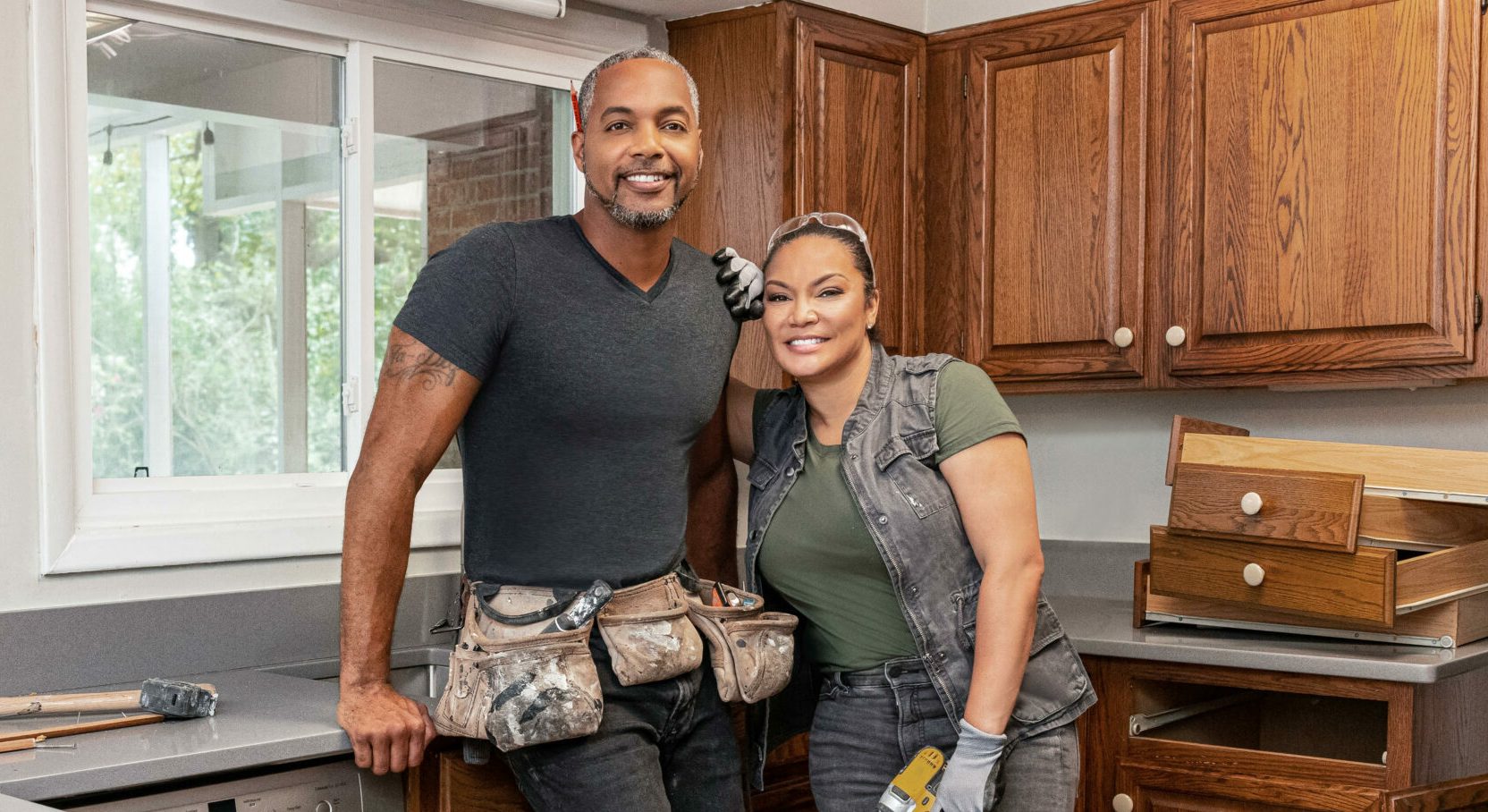 ‘Married to Real Estate’ is a reality TV series which follows real-estate power couple Egypt Sherrod and Mike Jackson, as they balance work challenges and family life. Egypt is a realtor and interior designer while Mike is a builder, and together they undertake unique renovation projects and help clients find their dream homes. At the same time, the show also chronicles their marriage dynamics and their equation with their three daughters.

Fans love the show for its relatable nature and Egypt and Mike’s chemistry and coordination skills. Moreover, the process of renovation is intriguing to watch as much as the beautiful houses the couple works on. Thus, everyone is quite excited to know when they can see their favorite real estate couple for the second time. In case you are curious too, here’s everything we can tell you about ‘Married to Real Estate’ season 2.

As far as season 2 is concerned, here’s what we know. The network has not yet made any official announcements about the show returning with another season. However, given the popularity of the first season and the love of the fans for Egypt and Mike’s work, there is a high possibility that the show may return with at least one more installment.

Furthermore, several other HGTV home renovation-based reality TV shows have come back with at least two seasons; one of them is ‘Fixer to Fabulous,’ which features another real estate couple — Dave and Jenny Marrs. Another similar show is ‘Love It or List It,’ which has spawned a total of eighteen successful seasons so far. Hence, if ‘Married to Real Estate’ follows the same pattern, a potential second season is definitely on the cards. Furthermore, since there are endless renovation projects Egypt and Mike undertake in real life, there is a lot of material that can be covered in upcoming seasons.

In addition, viewers may also get an update on their family life with a probable season 2. Considering all the above points, the makers might soon greenlight the show’s renewal for another outing and announce it in the coming months. When it may hit the viewer’s TV screens depends upon Egypt and Mike’s availability and willingness, the time taken to complete the renovation projects, which can be documented, and the production schedule planned by the network. If everything functions well, ‘Married to Real Estate’ season 2 can be expected to arrive sometime in Q2 2023.

Read More: Where is Married to Real Estate Filmed?