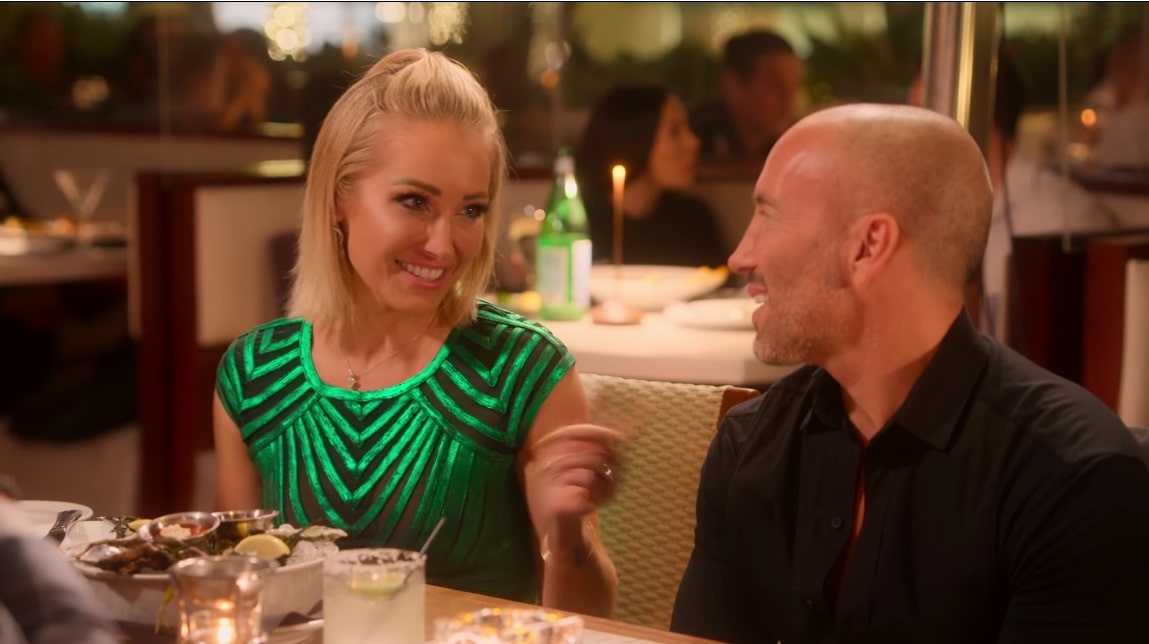 Along with incredibly luxurious Californian properties, there’s no shortage of drama, catfights, and friendships on Netflix’s ‘Selling Sunset,’ making it the perfect reality series. After all, nothing ever goes in the direction people expect it to. More importantly, the emotions of every dynamic cast member AKA The Oppenheim Group realtors always take center stage. Amongst them is the passionate Mary Fitzgerald, who has actually faced a lot of slander due to her connection with the brokerage’s founder, Jason Oppenheim. So, let’s find out everything there’s to know about their connection!

Mary Fitzgerald was first introduced to Jason Oppenheim nearly two decades ago by their mutual friend Amanza Smith, which sparked a beautiful friendship that no one can deny. The duo actually remained platonic for a long while, only to date on and off for roughly a year. That was around the time Mary joined the former lawyer’s upmarket brokerage as one of his first employees in 2014. The duo even lived together briefly and became co-parents to two adorable fur babies — dogs Zelda and Niko — who now hang out with the entire cast at The Oppenheim Group’s Los Angeles office.

Mary and Jason have never shied away from the past, yet they’ve also made it clear that their romance ended much before her now-husband, French model Romain Bonnet, came into the picture. In fact, in season 1 of the Netflix original, the broker conceded he was with the accomplished agent for “six months to a year,” depending on whether or not you count the breakup time in between. “We had a lingering kind of period,” Mary then added. “We lived together… We broke up but still dated. Interesting history, but it works” because there was a “transitional period” as well.

As for why Mary and Jason parted ways, Jason admitted it “is probably more on me. We were good friends before and we are much closer now.” All of this was during the engagement party he threw for Mary and Romain. Furthermore, the ambitious realtor has since claimed that her ex-boyfriend ends every association the same way. “He can’t commit, and he just kind of freaked out and broke up with me out of the blue because he doesn’t want to be unfaithful,” Mary stated in season 5. “So, he just ends the relationship before anything would ever happen, and he always has done that.”

Nevertheless, in 2021, Mary genuinely believed Jason would be able to make things work with her close friend and fellow realtor Chrishell Stause since she’d never seen him that happy. However, the then-new couple’s differences in their future familial paths soon led to them splitting up despite everything else going as smoothly as possible — there was love as well as respect. Thus, the agent and now Vice President of The Oppenheim Group is currently supporting both her friends (as neither did anything wrong) while also focusing on her career and marriage.

Coming to other people’s comments on Mary being able to achieve extraordinary success owing to Jason alone, she has made her feelings on the issue clear through her words as well as actions. “I bust my ass, and I work for it,” she once said on the show. “I think it’s extremely rude and disrespectful to try to take my accomplishments and all of my hard work away from me because I’m a successful woman, and they just want to throw it back on, ‘Oh, she’s probably sleeping with [the boss].’ No!”

Even Jason has backed Mary up on this matter by telling Good Housekeeping Magazine, “The facts [and finances] speak for themselves… I think it minimizes what she has accomplished when people suggest that she’s somehow being rewarded for our relationship and not because of her hard work and success.”