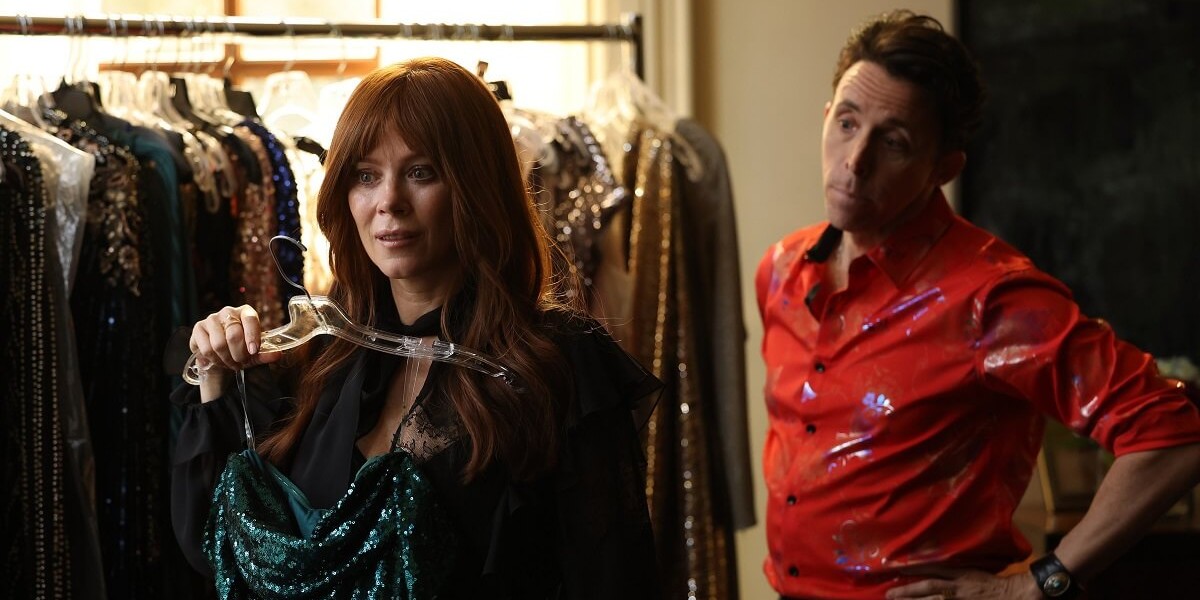 Fox’s ‘Monarch‘ continues to twist the family dynamics and the secret pasts of the Romans in the ninth episode. Titled ‘Confessions,’ episode 9 sees Nicky and Gigi once again vying for the same opportunity, this time a spot on a famous music band’s tour. Meanwhile, Albie tries to finish his album and keep Tripp DeWitt’s investigation of Clive’s disappearance quiet. Ana is devastated to learn her true ancestry forcing Ace and Catt to work together and bring her around. Naturally, with so much drama packed into a single episode, viewers must be curious to find out more about the episode’s events. In that case, here is everything you need to know about the ending of ‘Monarch’ episode 9! SPOILERS AHEAD!

The ninth episode, titled ‘Confessions,’ opens with Nicky, Gigi, and Luke discussing the revelation of Catt Phoenix being a biological Roman and their half-sister. While Luke and Gigi believe she has a personal agenda, Nicky insists they must treat Catt as family. Albie meets with District Attorney Tripp DeWitt to discuss the investigation of Clive’s disappearance. Albie apologizes for threatening Tripp. However, when Tripp refuses to keep the investigation contained, Albie reminds Tripp of his debt. Later, Trip learns that the blood in Clive’s car does not belong to Albie. 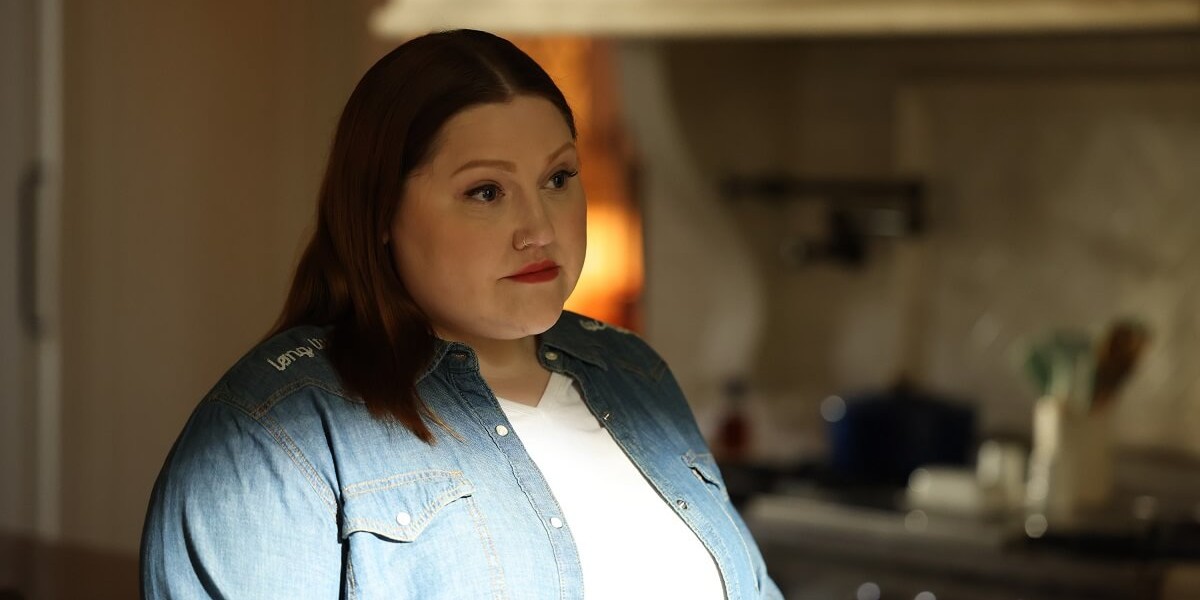 Meanwhile, Nicky learns from Earl that Yellows Roses, a famous country music band, is searching for an opening act to join their latest tour after a band member was forced to pull out. As a result, Nicky speaks with Luke and asks him to arrange a spot for her on tour. However, Luke only promises to get Nicky a meeting with the tour manager. Luke invites the tour manager to Gigi’s bar, where he meets Willa, a bartender. Nicky performs at the bar and blows away the tour manager in a bid to book her tour spot. However, she later learns that the Yellow Roses have already finalized Gigi as their opening act.

Ana learns that her mother lied about her ancestry and is upset. She believes that her heritage will overshadow her talent. Therefore, she refuses to speak to her mother and locks herself in her room. Ace arrives to check up on Ana and convinces Catt that he can help patch things between the mother and daughter. However, the duo learns that Ana has left the house and is likely on her way to Albuquerque, New Mexico. With Catt’s permission, Ace tracks Ana and convinces her to return home. However, he puts a pause on his romantic relationship with Ana.

Earl convinces Nicky that she must not yield the tour spot to her sister and play dirty like her mother, Dottie Roman if she wants to be a star. As a result, Nicky threatens to reveal Kayla’s affair with Luke if Kayla does not stop Gigi from going on the tour. Kayla supports Gigi’s ambitions and asks her to go on tour with the Yellow Roses. However, Gigi herself decides to focus on her family. Nicky realizes her mistake and confesses to trying to sabotage Gigi’s career. Ultimately, both sisters lose the chance to attend the tour.

The episode sees Albie working on the final song of his album. He decides to dig deep into his past and writes a song. However, he refuses to let anyone hear the song before it is complete. Later, Albie plays the song for his producer, Jamie. The dark and brooding song references a murder. The scene features flashbacks of Albie killing Clive, and the lyrics imply that Albie is guilty of murder. Later, Luke listens to the song and grows tense as it could implicate Albie in Clive’s death. He asks Albie not to release the song, but he refuses. Later, Nicky confronts Albie about the song. Albie reveals that he is aware that the blood found in Clive’s car could jeopardize his children’s lives. 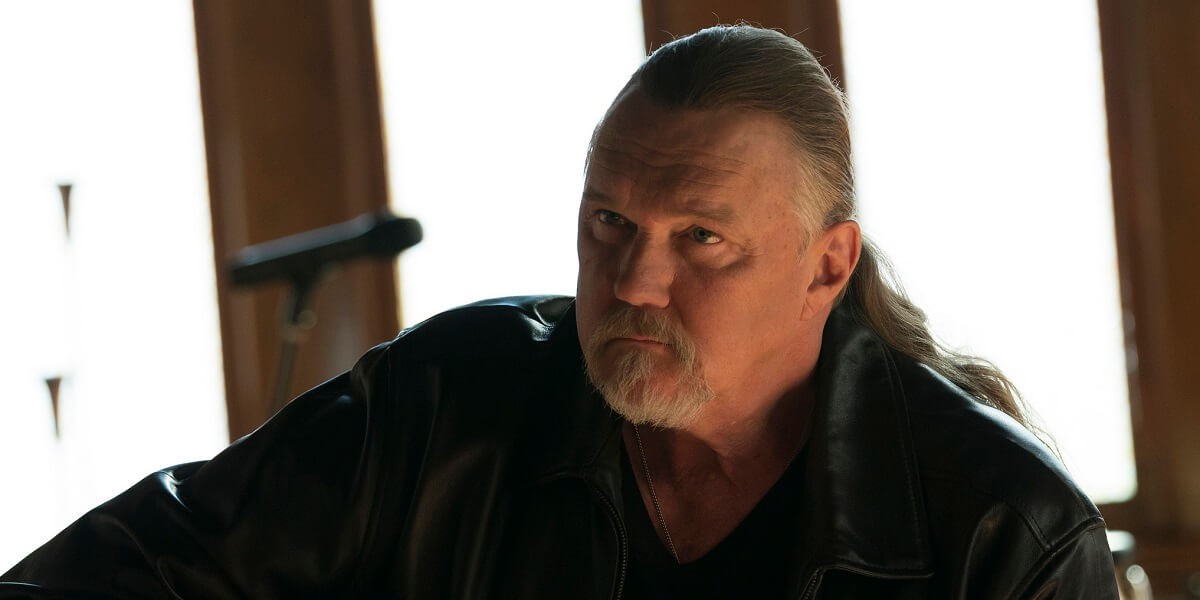 He explains that the song referenced his past when he was imprisoned for the death of a person in a road accident. Albie reveals that he was not the one who caused death. Instead, it was his close friend, Tripp DeWitt. If Tripp were imprisoned, his law enforcement career would be over. Therefore, Albie took the blame and went to prison. As a result, Tripp was forever indebted to Albie. The Roman patriarch likely hopes to exploit Tripp’s guilt over the incident to stop him from pursuing legal action against his family should the police find evidence against them.

The episode introduces viewers to Willa, a bartender at Gigi’s bar. She has a friendly conversation with Luke and serves him a drink before Nicky’s performance. However, the episode’s final moments reveal Willa’s true identity and motivations. In the closing scene, Tripp summons Detective James to his office. The police detective turns out to be Will, who was working undercover at the bar.

Detective James is investigating Clive’s disappearance as a part of the special task force Tripp has organized. She collects the DNA samples of all the Roman siblings. Detective James submits the samples to Tripp, thereby directly putting the Romans one step away from imprisonment. However, only time will tell if the evidence is enough to implicate the Romans or if they muscle their way out of the messy situation.