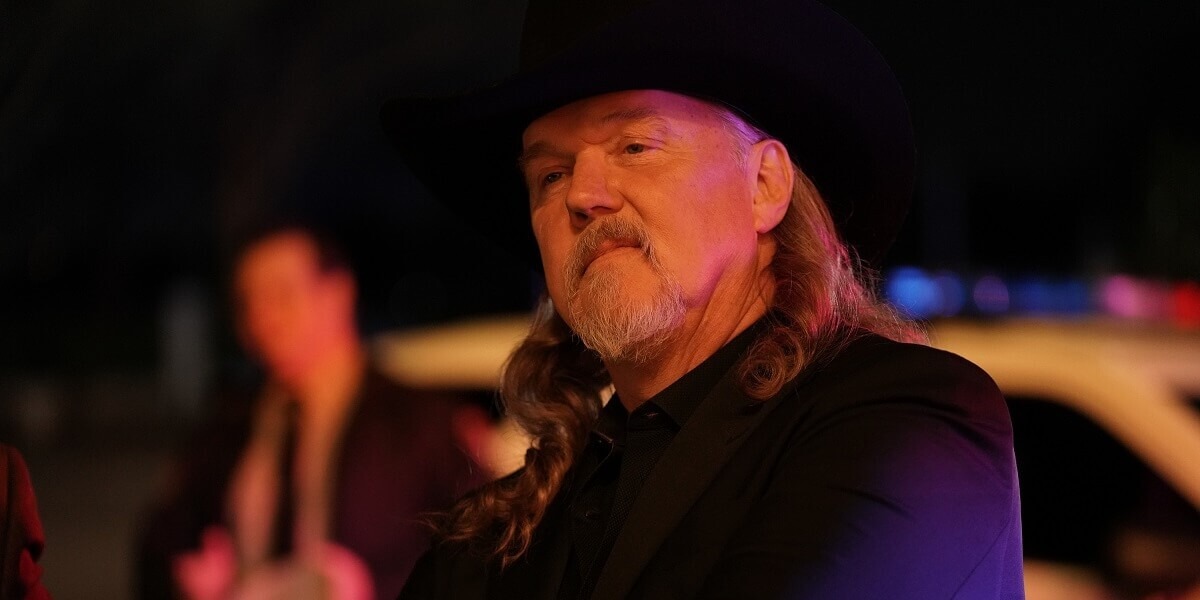 The first season of Fox’s ‘Monarch‘ reaches a tense conclusion in the eleventh episode as the fates of the Roman family members hangs in the balance. The eleventh episode, titled ‘The Last Dance,’ serves as the season finale and sees Albie preparing to hand over himself to the police to save Nicky. Meanwhile, a dark secret slips out, creating a conflict between Nicky, Gigi, and Luke, jeopardizing the future of their family’s company. Hence, viewers must be curious to learn whether Albie is imprisoned and Monarch Entertainment collapses. In that case, here is everything you need to know about the ending of ‘Monarch’ episode 11! SPOILERS AHEAD!

The eleventh and final episode of the season, titled ‘The Last Dance,’ opens with a flash-forward to Tripp DeWitt arriving at Albie Roman’s concert with the police. Albie is arrested for the murder of Clive Grayson, his son-in-law. The story then goes back in time and showcases the events leading up to Albie’s arrest. We see Albie, Nicky, Gigi, and Luke learning the truth about the disappearance of Clive’s body from Jamie. The music producer reveals that he is the son of the man who died in the accident for which Albie went to prison. Therefore, he took away Clive’s body, plotting against the Romans. However, Jamie learned that Tripp was responsible for the accident he decided to come clean to the Romans.

Later, Albie reveals to his children that he has made a deal with Tripp to protect Nicky, whose blood was found in Clive’s car. Albie will hand himself to the police after a farewell concert. Elsewhere, Gigi learns of Kayla’s contractions, and the doctor’s words confirm her suspicion that Kayla had an affair with Luke. After learning the entire story from Kayla, Gigi confronts Nicky for her involvement in the affair and breaks all ties with her sister. A conversation with Earl gives Gigi the perfect idea to get back at Nicky. Gigi meets Skyler Samuels, the owner of Skyfare Media Group, who is trying to acquire Monarch Entertainment. Gigi reveals the dark secrets about the Nicky forcing Skylar to back out of giving Nicky her own tour.

Meanwhile, Albie tells Ace and Tatum about his involvement in their father’s death. Later, Jamie meets Albie and thanks him for the opportunity to work together. Nicky learns that her tour is being canceled and confronts Skylar. After Skylar explains that she cannot give a tour to an artist who could get canceled, Nicky takes away her vote leading to the failure of the merger between Monarch and Skylar’s company. Luke is enraged to learn about the breakdown of the merger and confronts Nicky but is forced to face Gigi about his affair with Kayla. However, Albie stops the family drama as they must prepare for his farewell concert before he hands himself over to the police.

In the episode’s final act, Albie’s farewell concert commences with Gigi continuing her plan to outsmart Nicky. Gigi steals Nicky’s song and intervenes before Nicky can get on the stage. As a result, Gigi dominates the concert and wins over the fan. However, Nicky does not want to go down without a fight and joins the performance. As a backup plan, Nicky has invited Mackenzie to the concert so that she can secure her tour. However, the concert is abruptly shortened when Tripp DeWitt and the police arrive to arrest Albie.

The public is shocked to learn of Albie’s arrest, and Tripp ensures the event is embarrassing for his friend. However, Tripp is shocked when a police officer intervenes in the arrest and asks Tripp to release Albie. The officer reveals that Clive Grayson’s dead body has been found on Tripp’s property. Moreover, Tripp’s bank statement reveals that Clive had been blackmailing him over the truth of the accident years ago. As a result, the officer releases Albie, and Tripp is arrested for the murder of Clive. As the police drag Tripp away, he swears revenge on the Romans. Nonetheless, Albie avoids jail time with Jamie’s help. It is later revealed that Jamie planted the dead body on Tripp’s property and helped Albie.

Is Monarch Entertainment Sold? What Happens to the Romans?

In the episode, the deal to merge Monarch with Skylar’s company falls into limbo after Nicky walks out of the deal. The fallout from the deal drastically affects the fates of the Roman family children. While Monarch isn’t sold, Luke leaves the company after an altercation with Albie. He accepts Skylar’s offer to work for Skyfar, and Albie accepts his son’s choice. Meanwhile, Mackenzie agrees to give Nicky her tour, but it comes with a catch. Nicky offers Gigi the chance to co-headline the tour with her.

By making this gesture, Nicky and Gigi mend their relationship as Gigi accepts the offer. In the end, Nicky, Ana, and Gigi leave for their debut tour. However, in the episode’s final moments, Catt meets Jamie and reveals that they have been working together to destroy Monarch and the Romans. However, Catt insists that she is not done with Jamie and forces him to work with her. Therefore, the season ends with the revelation of Catt’s true motive. She intends to destroy the Romans and will continue to plot against the family in the future.