Munich: The Edge of War Ending, Explained: What Happens to Paul? 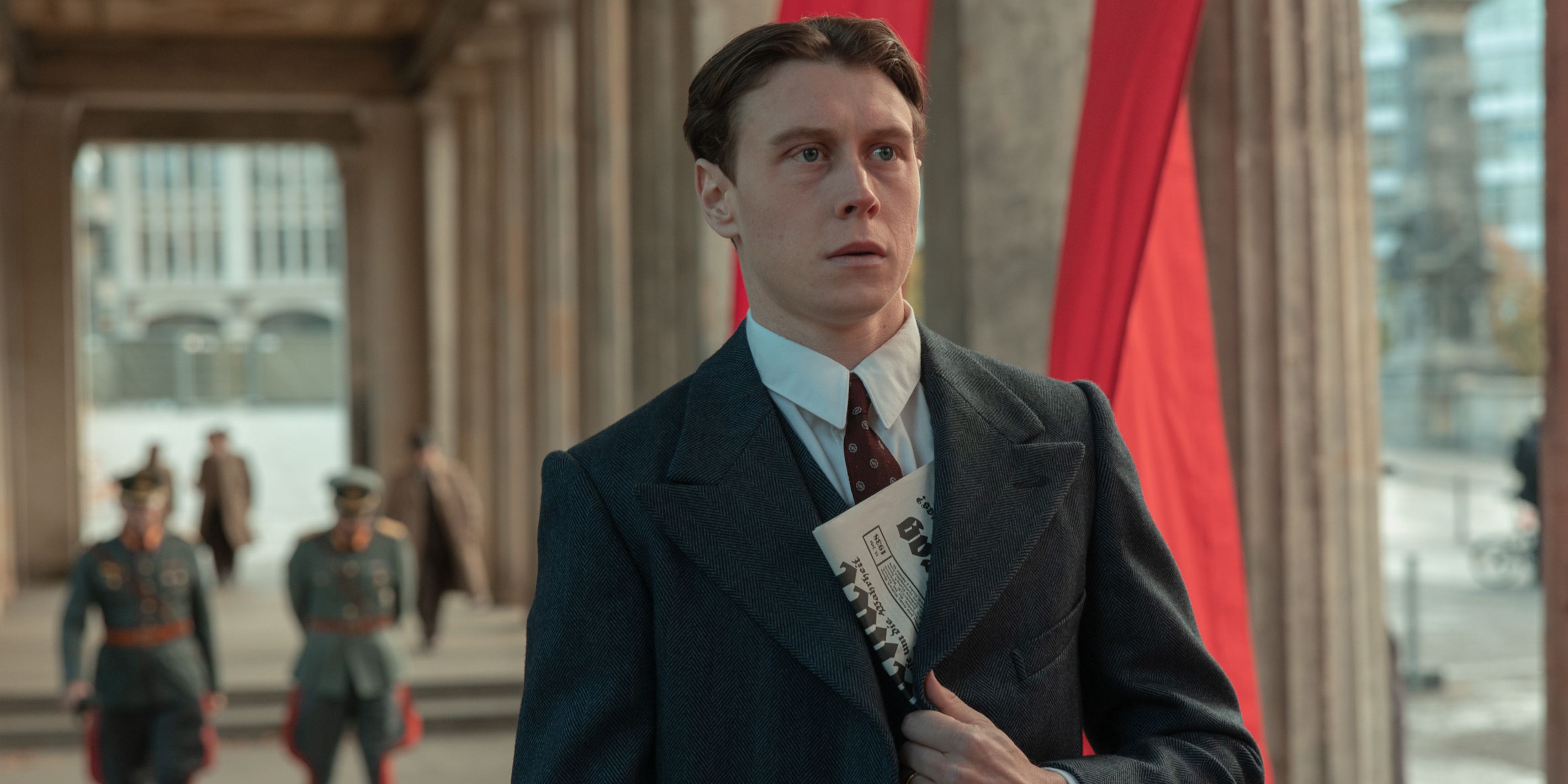 ‘Munich: The Edge of War’ is a political drama film directed by Christian Schwochow (‘Je Suis Karl‘) based on the best-selling novel ‘Munich’ by author Robert Harris. It is set during 1938, amidst Adolf Hitler’s declaration of attack on Czechoslovakia. With the possibility of a deadly war, British Prime Minister Neville Chamberlain seeks a peaceful resolution to the conflict.

However, two young diplomats attempt to bring Chamberlain’s attention to an important piece of document that could prove to be game-changing. If you are wondering whether the duo succeeds in their mission and how they affect the outcome of the peace talks, here’s everything you need to know about the ending of ‘Munich: The Edge of War.’ SPOILERS AHEAD!

‘Munich: The Edge of War’ introduces the viewers to Paul von Hartmann and Hugh Legat, students in Oxford. Paul is a German exchange student who is a close friend of Hugh. The narrative skips forward a few years, and Hugh is now working as a civil servant at Prime Minister Neville Chamberlain’s office. In Germany, Paul works in the Foreign Ministry and secretly is part of a growing resistance against Adolf Hitler.

After Hitler announces his intention to attack Czechoslovakia, it forces France and Great Britain to take action. However, wanting to avoid the war and suffering of his people, Chamberlain decides to hold peaceful conversations with Hitler. With help from Benito Mussolini, Chamberlain arranges a summit with Hitler and French PM Édouard Daladier. As Hitler agrees to the peace negotiations, it thwarts the resistance’s plans to remove the dictator from the leadership position. 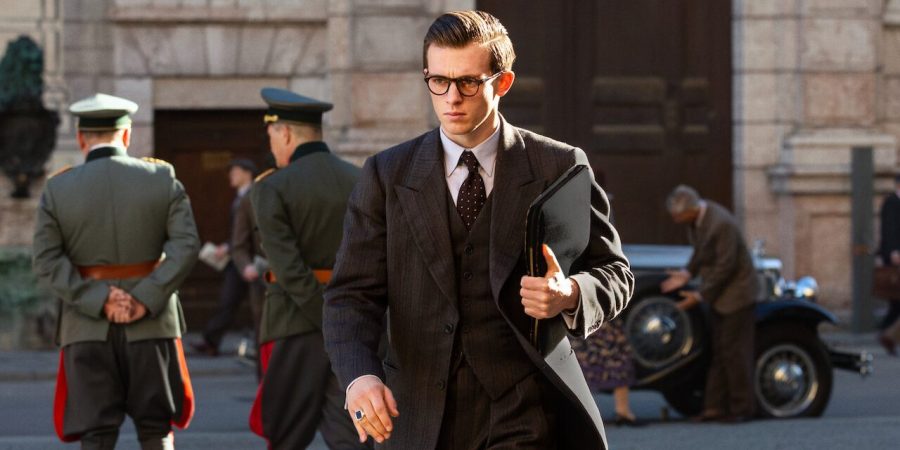 However, Paul receives new hope when his associate Helen Winter reveals a document containing the details of Hitler’s ambitious plan to take over Europe. The document can prove Hitler’s peace negotiations to be a sham as he intends to take aggressive actions against all of Europe. Paul decides to share the document with Chamberlain at the Peace Summit in Munich. Hugh is assigned to the entourage accompanying the British Prime Minister to Munich at Paul’s request. After narrowly avoiding getting caught, Paul meets with Hugh and shares the document.

At the summit, Hitler claims that he merely wanted the land that once belonged to Germany. The other leaders accept Hitler’s demands. It is decided that Germany would be allowed the occupation of the Sudetenland. Since the agreement is to be signed the next day, Paul and Hugh must talk to Chamberlain and convince him not to sign. Their best hope of doing so is showing Chamberlain the document. After some roadblocks, Hugh sets up a meeting between Chamberlain and Paul.

Munich: The Edge of War Ending: Does Chamberlain Sign the Papers?

Paul has a private conversation with Chamberlain in the film’s final act. He tries to convince the British Prime Minister that Hitler is a threat to the entire continent. Hitler’s demands at the peace summit will only prove a stepping stone in his quest to conquer Europe. However, Chamberlain remains unconvinced. Firstly, even though Chamberlain is ready to accept that Hitler is a threat, he does not see any direct countermeasures and does not trust the German resistance.

Moreover, Chamberlain’s first priority is the safety of his people. If Chamberlain opts not to sign the peace agreement, Hitler will go to war against Czechoslovakia, forcing the French and the British to intervene. Great Britain does not wish to participate in the war as its troops aren’t fully prepared to do so. Likewise, the war will damage the country and its civilians’ spirit. Thus, Chamberlain refuses to agree with Paul and proceeds to sign the agreement papers.

Chamberlain does take a precautionary measure by having Hitler sign a joint statement preventing Britain and Germany from going to war against one another. However, as we know from history, the peace only lasted for a year, and soon the chaos of the Second World War triggered by Hitler engulfed the continent. As tragic and worthless as the outcome of the Munich Agreement proved to be, Chamberlain’s decision to sign the papers was in the best interest of his country as it gave Great Britain and its allies a chance to prepare for war.

What Happens to Paul? Does He Die?

Paul von Hartmann is the film’s principal character and presents a compelling argument for making a preemptive strike against Hitler. Earlier in his life, Paul is an ardent supporter of Hitler. However, his opinion changes after his former girlfriend, Lenya, falls prey to the Nazi regime’s anti-Jewish sentiments. Since then, Paul has worked to bring Hitler down and conspires to make a move against the dictator. However, his plan fails when Chamberlain does not agree to cooperate with the resistance. Therefore, seeing no other option, Paul decides to kill Hitler himself.

Paul sternly believes that Hitler is a threat to the entire world and his ambitions will only lead to death and destruction. In the final moments, Paul finds an alone moment with the Führer and removes the gun he had been carrying. However, Paul opts against killing Hitler as he feels he does not have the right to do so. Moreover, his actions will be seen as an act of cowardice and hold no significance. Thus, Paul faces a profound moral dilemma and must choose between playing dirty or upholding his beliefs. He chooses the latter and spares Hitler.

Throughout the film, Nazi soldier Franz Sauer tracks Paul and suspects him of conspiring against Hitler. Hugh believes that Sauer found the document and warns Paul that his life is in danger. When Paul leaves Hitler’s office, he braces to face punishment but learns that Sauer failed to find proof of Paul’s conspiracy. An associate of Hugh safely retrieved the document before Sauer could get to it. In the end, Paul lives and decides to continue fighting against Hitler.

Read More: Movies Like Munich: The Edge of War You Must See