My Mom Your Dad: Where Are They Now? 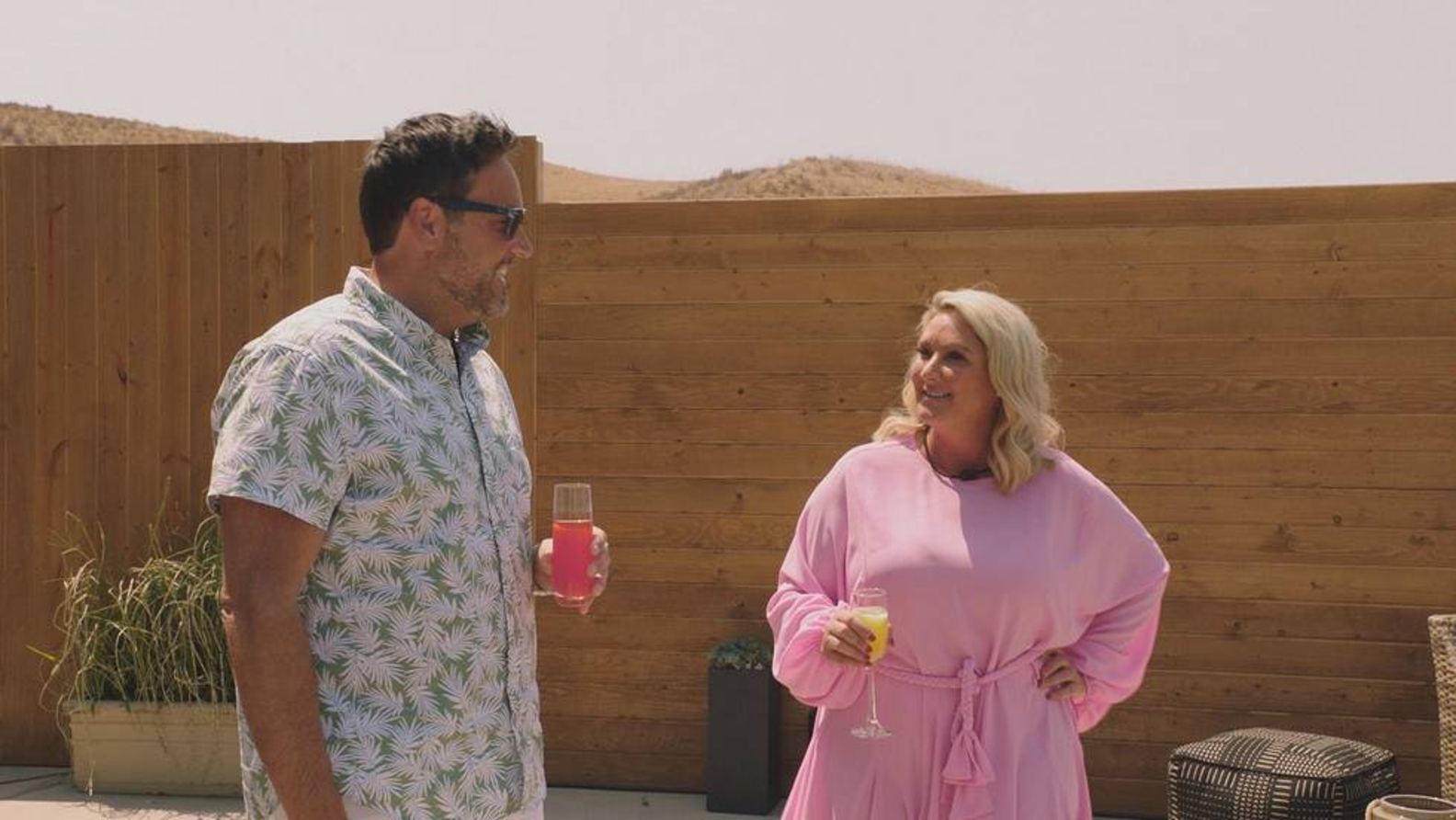 As a reality series wherein single parents have flings, and their kids pull the strings, ‘My Mom, Your Dad’ offers an exciting spin to the genre by highlighting the possibilities of second chances at love. After all, it follows the parents as they move into a house to mingle, only for their young ones to secretly monitor and manipulate their dates to help them find the person of their dreams. So now that season one of this incredibly unique and cozy production has premiered, let’s find out what its entire cast has been up to these days, shall we?

Where are Troy and Noah Now?

After leaving the Second Chance Retreat to focus solely upon his connection with Karen Larrea, Troy Petrick returned to everyday life as a father of four and a hard worker in Georgia. In fact, today, he’s not only the Senior Director of a drug development company known as Azurity Pharmaceuticals, but he’s also the host of a weekly podcast for Arbor Pharmaceuticals. On the other hand, his son Noah has since enrolled at the Georgia College and State University, where he’s a proud member of the Theta Gamma Chapter of the Pi Kappa Alpha Fraternity.

Where are Patricia and Whitney Now?

Although Patricia “Trish” Duncan didn’t find love in the HBO Max original, she did gain confidence and realized that she’s just as strong as she is passionate, making her truly one in a million. With that said, today, she documents her life as a single mother of four in short-form videos to serve as a content creator and public figure. Her children, especially Whitney, are often a part of these clips, so we know that the Kentucky native is appreciated by everyone close to her. As for the latter, Whitney herself is a proud mother to a baby boy named Levi Scott.

Where are DeNeia and Myles Now?

After a fair share of ups and downs, including the initial hesitation from Myles, DeNeia Hendrix-Johnson, got a happy ending with Scott Devoe. Since then, by working as an inspirational public figure and wellness industry entrepreneur, she has continued to focus on her personal and professional growth as well. Coming to her son Myles, aka MJ or Amor, he seems to be an artist with plans to release original music relatively soon. From what we can tell, both DeNeia and Myles like to travel quite a bit, but they call Baltimore, Maryland, their home.

Where are Scott and Alex Now?

Scott Devoe is big on always being true to oneself, and on ‘My Mom, Your Dad,’ he proved that he practices what he preaches no matter how goofy some might perceive him to be. Thus, while we know that the Florida native is honest, caring, and witty by nature, we don’t have much information about his professional life because he prefers to keep that aspect away from the limelight. However, his daughter, Alexandra “Alex” Devoe is not that reticent about it, so we can positively report that the Criminology graduate is currently pursuing a law degree from the Barry University – Dwayne O. Andreas School of Law.

Where are Karen and Breana Now?

Karen Larrea is another Florida resident and someone who is no stranger to being around cameras. But she’s usually behind the scenes since she works as an Entertainment, Talent, and Event Manager in the Miami-Fort Lauderdale Area. On the other hand, her young daughter Breana Symone Sturgis is an aspiring model and actress. Hence, having appeared on the reality dating series will definitely help her pursue different opportunities in the entertainment industry soon. Breana has her sight set on Los Angeles, and she’s determined to make it.

Where are Philip and PJ Now?

Philip Patrick, or Holy Water as his fellow castmates have lovingly deemed him, is from Oakland, California, where he not only volunteers in the education sector but is also a Board Member of a family counseling center as well as an insurance organization. More importantly, he is the Principal at Lord and Patrick LLC, a privately-owned real estate development and consulting business in the region. As for the IT professional’s son, it appears as if PJ Patrick currently prefers to keep both his personal and professional life away from the spotlight.

Where are Kiki and Destiny Now?

As strong, independent, and authentic women, both Kiki and Destiny Orr are at a place in their lives where they seem pretty content because they know they’ve worked hard. While the mother of three is a Life Coach and the host of the ‘Just Bloom’ podcast, the Orr daughter, a former early childhood educator, is a beauty/hair/lifestyle digital content creator as well as a Bookstagrammer. We should mention that Kiki’s podcast, as the title suggests, delves into the experiences of women who are growing and reinventing themselves with each passing day. Also, Destiny recently turned 30 and is engaged to a man named Reginald.

Where are Stephanie and Brennen Now?

Stephanie and Brennen Varone are both public figures through and through. The mother of three (two boys and a girl) is a professional vocal artist, songwriter, and performer who has technically been in the industry since she was 16. She is the lead singer of Starlette’s Web, a band that pays tribute to women in music and aims to ignite emotion, along with passion, in everyone who listens to them.

Coming to Brennen, it looks like he is a professional photographer, musician, and world traveler. In fact, the Jacksonville Beach, Florida, resident is also the Founder/CEO of Nomad Creative, a premium drone service provider that offers undeniably stunning shots to their clients.

Where are Joel and Brooks Now?

Even Joel and Brooks Brown are Florida residents, yet their current standings are considerably diverse. As a University of Miami School of Law graduate (1995), Joel is an attorney who serves as a Managing Partner at Friedman & Brown as well as at The Fair Credit Law Group. In addition, he’s the CEO/Founder of Good Life Credit and DocuVital. His organizations essentially ensure that clients can manage their credit and streamline the costly or time-consuming processes. On the other hand, Brooks is a member of a local band called The Chills.

Where are Grant and Carlie Now?

Grant Kauffman won our hearts on ‘My Mom, Your Dad’ with his humor and ease on camera, and it turns out that the latter is because he’s an active part of the entertainment industry. The entrepreneur is an Executive Producer for 12 Rounds Media right now, but he has experience in directing and editing as well.

Furthermore, Grant is an author (‘Project 14: The Legend of Beelzebub’s Bluff’) and an FAA Certified Drone Pilot. On the other hand, it looks like his daughter Carlie is currently exploring her options after recently graduating from the University of North Texas with a Bachelor’s of Business Administration, Integrated Studies Degree.

Where are Phil and Miles Now?

Both Phil and his son Miles Chevalier – from Phoenix, Arizona – prefer to keep their lives away from the public eye. So, unfortunately, all we know is that the elder of the two is a professional photographer. Phil’s clients actually include Men’s Health, House & Garden, Harper’s Bazaar, Esquire, Old Navy, Glamour, and Television & Music Awards, amongst several other renowned businesses. Apparently, he may not have had much success in dating, but his career has been thriving.

Read More: Where is My Mom, Your Dad Filmed?