Natalie Portman’s ‘Lucy in the Sky’ Gets October Release Date 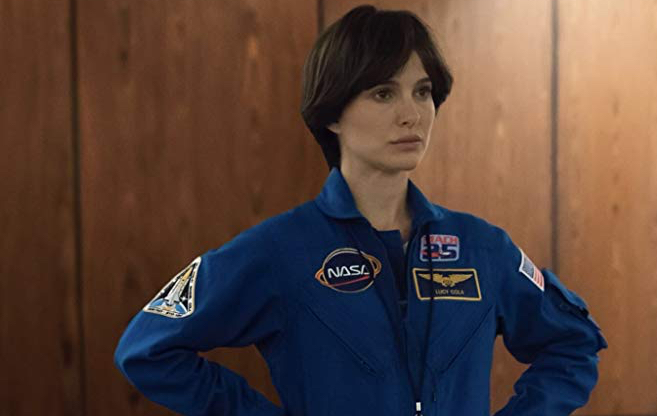 Disney announced today that Natalie Portman’s ‘Lucy in the Sky’ is going to be released on October 4, 2019. This gives the film an awards bait slot on the calendar, which is unsurprising since Portman, who is already an Academy Award winner, is usually always a major player at the Oscars. However, the scheduled release date sets up a clash between ‘Lucy in the Sky’, a Fox Searchlight film, and a fellow Fox movie ‘The Woman in the Window’. To avoid this, the latter is preparing to move to a 2020 release date. It is important to note that both films have been inherited by Disney since it bought most of 21st Century Fox.

For those unaware, ‘Lucy in the Sky’ is directed by Noah Hawley, who is best known for great shows like ‘Fargo‘ and ‘Legion‘. This is his directorial debut when it comes to feature films. Brian C. Brown and Elliott DiGuiseppi have written the script alongside Hawley. Reese Witherspoon, Bruna Papandrea, John Cameron, and Hawley are the producers. The movie stars Portman as the protagonist Lucy Cola, an astronaut, who is shown going into a downward spiral after coming back to Earth from a lengthy mission in outer space. She begins having an affair with her fellow astronaut, while her perception of reality becomes increasingly blurred. Rounding out the cast are Jon Hamm, Dan Stevens, Zazie Beetz, Pearl Amanda Dickson, and Ellen Burstyn.

Interestingly, the movie was earlier called ‘Pale Blue Dot’ and is loosely based on true events. It is a fictionalized chronicling of the criminal activities of Lisa Nowak. The woman was accused of said activities which surrounded her romantic involvement with fellow astronaut William Oefelein. Nowak flew on the Space Shuttle Discovery in July 2006, but the very next year she was charged for attempted kidnapping of U.S. Air Force Captain Colleen Shipman, who was also apparently having an affair with Oefelein. Ultimately, Nowak pled guilty to lesser charges and got one year’s probation.

‘Lucy in the Sky’ will release hot on the heels of Fox and Disney’s ‘Ad Astra’, which opens two weeks before, on September 20, 2019. This space epic has been helmed by James Gray and stars Brad Pitt. The day that ‘Lucy in the Sky’ opens, it will clash with the new ‘Joker‘ movie which stars Joaquin Phoenix, the upcoming Benedict Cumberbatch movie, ‘The Current War’ and Pedro Almodovar’s ‘Pain and Glory’, which was selected in the Cannes Competition.