Treason Ending, Explained: Who Is Dorian? What Happens to Adam? 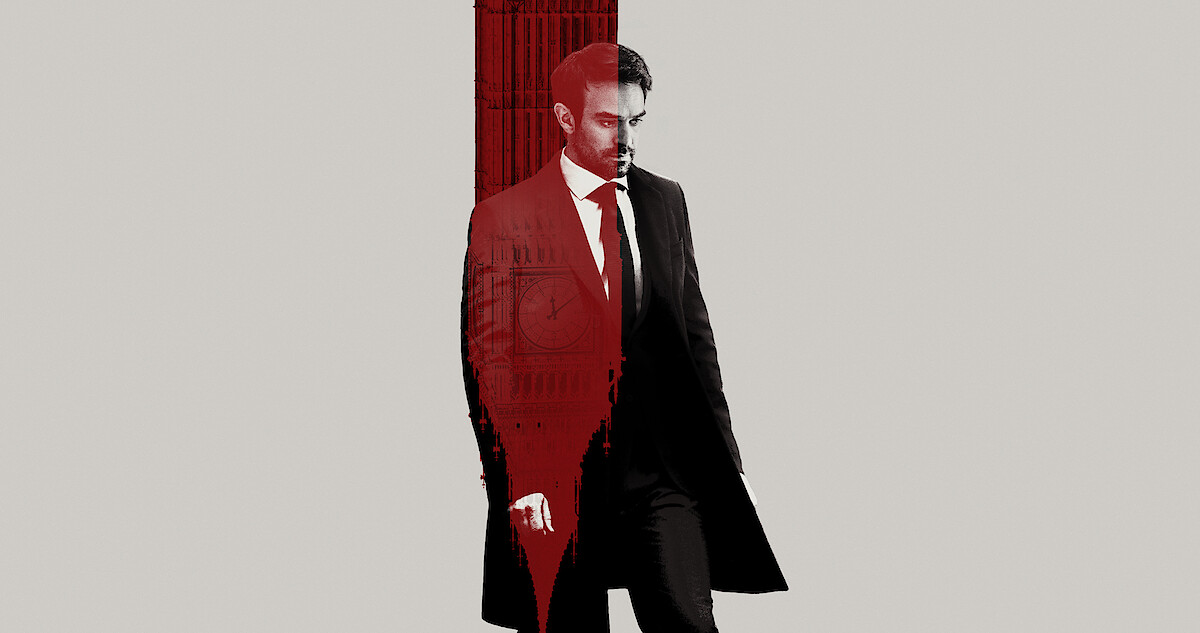 Created by Matt Charman, Netflix’s ‘Treason’ is an action thriller series that stars Charlie Cox (‘Daredevil‘) as Adam Lawrence, a high-ranking MI6 agent who is second only to the agency’s Chief. However, after the spy learns that his meteoric rise within the agency is linked to a dark secret from his past, Adam is forced to uncover the entire conspiracy.

In the process, the life of Adam’s family is risked, and he is forced to question everyone he trusts. As Adam finds himself sinking deeper into the conspiracy, he must find a way to prove his innocence before his past can destroy his family. If you are wondering whether Adam successfully navigates the conspiracy and prevails or perishes under pressure, here is everything you need to know about the ending of ‘Treason.’ SPOILERS AHEAD!

‘Treason’ follows Adam Lawrence (Charlie Cox) as he deals with the responsibilities of being the deputy to the Chief of MI6 and a family man. Adam is married to Maddy, a former soldier who works as a medic to help agents recover from physical injuries. The couple has two children, a teenage daughter, Ella, and a younger son, Callum. One day, Adam visits his son’s school, where he is asked to discuss his job. However, the session is cut short after Adam learns that the MI6 Chief Sir Martin Angelis (Ciarán Hinds) is poisoned under mysterious circumstances. As a result, Adam is forced to step up and assume the role of the MI6 Chief. 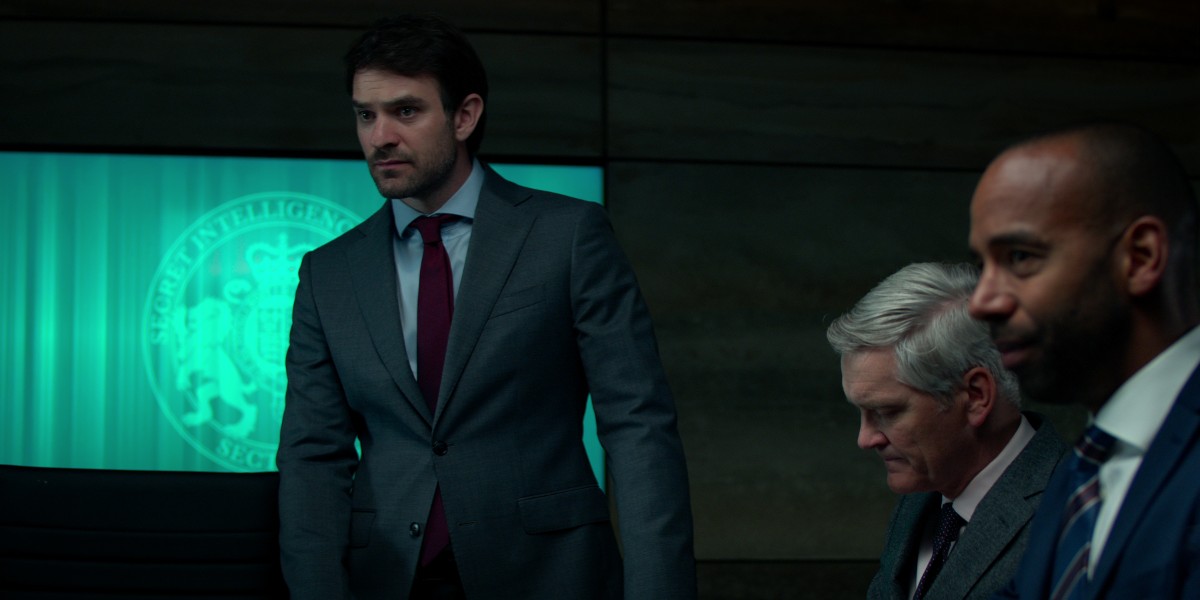 Later, Adam discovers that his former lover and informant, Kara, is behind the poisoning of Angelis. Kara and Adam met during a mission in Baku, Azerbaijan when Kara’s team was killed after she provided Adam with sensitive information that helped him save hostages at the British embassy. Kara contacts Adam and reveals that she orchestrated the events to place him in a position of power so that he could help her find her team’s killers. However, Adam goes through the official records and does not find any trace of MI6’s presence in the Baku mission. Moreover, Adam refuses to work with Kara and asks her never to contact him.

A few days later, Adam’s daughter, Ella, is kidnapped after school. Adam searches for Ella but is unable to find any leads. Therefore, he is forced to accept Kara’s help. In exchange, Adam must provide Kara with compromising information about Audrey Gratz, the Foreign Minister and candidate for Prime Minister. Adam recovers a secret file from Angelis’ home that contains tarnishing information about Gratz. He exchanges the information, and Kara safely brings Ella back to her family.

While searching for Gratz’s file at Angelis’ house, Adam discovers that the MI6 Chief has several files with sensitive information, including one that contains evidence to frame Adam as a Russian double agent. As a result, Adam could be charged with treason and faces a life sentence for conspiring against his nation. Adam contemplates resigning while Angelis recovers and returns home from the hospital. Meanwhile, Maddy’s friend, Dee, a CIA Agent, arrives in the UK to keep tabs on Adam. She has reason to believe that Adam is working for the Russians. De tricks Maddy into spying on her husband.

Soon, Adam discovers that Kara is working with Anton Melnikov, a Russian businessman working to install Kirby, Gratz’s opposition, as the Prime Minister. Adam meets Melnikov to find out about his involvement with Kara, but Angelis uses the pictures from the meeting to strengthen his claim that Adam is a double agent. After Adam flees to keep his family safe, Angelis teams up with Dee to neutralize the threat of Adam. On the other hand, Adam realizes that he must find the man who killed Kara’s team to prove his innocence. As a result, he sets up an ambitious plan to discover the mysterious MI6 agent’s identity.

Treason Ending: What Happens to Adam? Is He Dead?

By the fifth and final episode, Adam is dealing with the target on his back and must also protect his family. Therefore, he formulates a plan to obtain the files that could reveal the truth about the secret agent who killed Kara’s team in Baku. However, Adam must first convince Gratz that he is not involved in the plot to influence the Prime Minister election’s result. Therefore, he sends Maddy to convince Gratz. On the other hand, Adam works with Kara to track down Olamide, who holds the file. 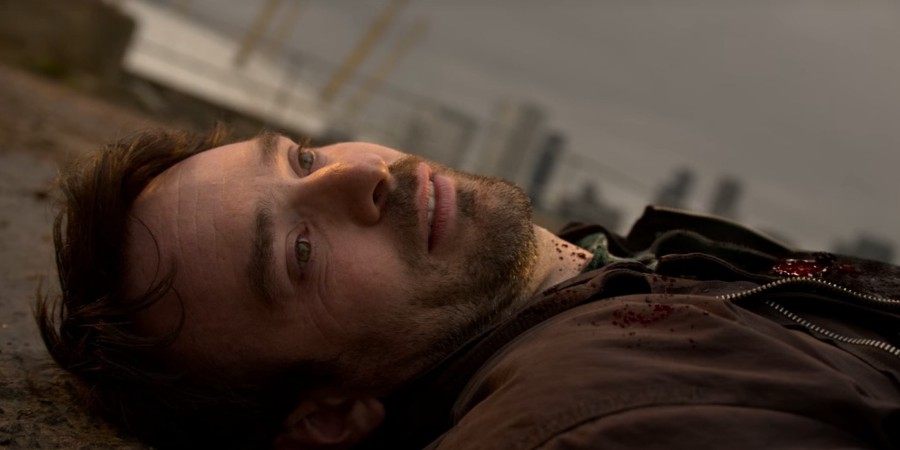 Just as Adam and Kara obtain the necessary files, Maddy arrives on the scene. The group is ambushed by the CIA special unit led by Dee. Kara discovers a file that suggests Adam is Dorain, the secret agent who killed her team. However, since Kara and Adam were together on the night Kara’s team died, she knows he could not have been behind the massacre. Before Kara can flee with the files, Dee tries to intervene and interrogates Adam at gunpoint.

Dee demands the file, and Maddy contemplates handing them over to save Adam. However, Adam sees an opening and tries to use a small opening to attack Dee and wrestle the gun away. As a result, Dee shoots Adam. Ultimately, Adam dies with his name still tainted. However, Adam’s actions prove he does not care about his reputation. The safety of his family matters the most to Adam. If Dee had gotten the files, Adam’s family would have been scrutinized for his alleged treason. Therefore, it is safe to say that Adam dies trying to protect his family.

Who Is Dorian? Does Kara Find Him?

After Adam’s death, Maddy is responsible for clearing her husband’s name. Meanwhile, Angelis lies that Kara killed Adam. As a result, the MI6 gets full authority to go after Kara. Therefore, Kara and Maddy decide to work together and find Dorian to protect Adam’s name from being maligned in the public eye. They set up a trap by spreading the rumor that Kara is fleeing the country with sensitive files. As a result, they hope that Dorian will show up to retrieve the sensitive intel, exposing his identity. 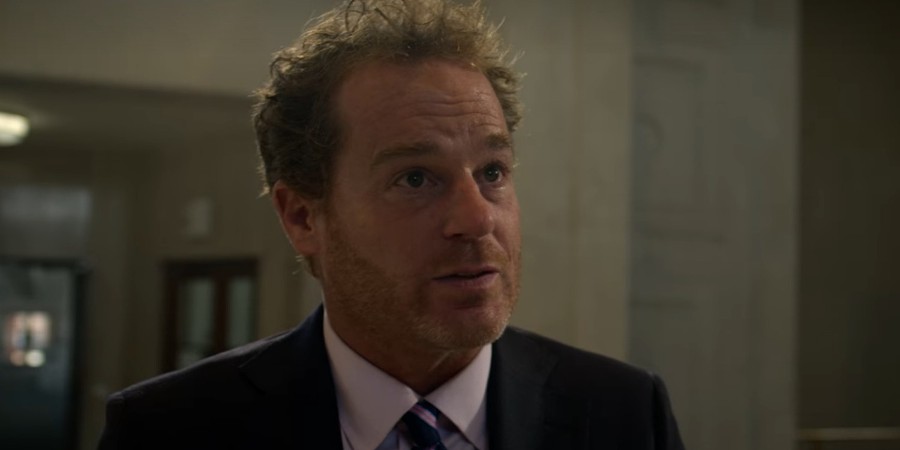 Maddy heads to the committee meeting with the files while Angelis presents lies about Adam being a double agent. However, Maddy runs into Adam’s friend, Patrick, who oversees the MI6 operations in Russian territory. Based on Patrick’s behavior and attempt to take the files from her, Maddy deduces that he is Dorian. She dodges Patrick and arrives at the chamber to expose Angelis’ lies. Maddy gives the files to Gratz, who explains how Angelis kept secret files on everyone in the government and blackmailed them for his benefit. As a result, Adam’s name is cleared, and Maddy’s efforts give his death a heroic turn.

Meanwhile, Maddy tells Kara that Patrick is Dorian. Therefore, Kara tracks down Patrick and poisons him using a photo of her former teammates. As a result, Patrick dies, and Kara avenges the death of her team. Ultimately, Patrick turns out o be Doria, the secret double agent who evaded all suspicion for years for his controversial actions in Baku. Moreover, he carefully tried to frame his friend, Adam, for his misdeeds. Nonetheless, Maddy and Kara’s combined efforts expose Patrick, and Kara avenges the deaths of her teammates and Adam by killing Patrick.

What Happens to Angelis and Dee?

In the penultimate episode, Angelis and Dee join hands to take down Adam. They both believe that Adam is Dorian and, therefore, a threat to both their nations. As a result, Angelis recruits Dee’s help to remove Adam from his path by blaming the Russian influence on the elections and the Baku incident on his former deputy. Moreover, Dee gets full authority to operate in the UK despite being a CIA agent, and catching Adam will make her a hero in her home nation. However, what appears to be a mutually beneficial deal for both does not end well for Angelis and Dee.

In the end, Maddy and Gratz expose Angelis, and a news broadcast confirms his fall from grace. Angelis is arrested for blackmailing several government officials, and it is safe to say that he won’t be harming the Lawrences anytime soon. On the other hand, the final moments depict Maddy talking to Dee over the phone. Maddy threatens to expose Dee’s activities in the UK and her involvement in the unjust killing of an MI6 agent, running her reputation.

While Dee pleads that she was trying to protect Maddy, the latter is determined to destroy those responsible for her husband’s death, and Dee will be no expectation. However, the finale ends with Maddy renting with her children to deliver the heartbreaking news of Adam’s death. While we do not learn of Maddy’s plans to take down Dee, the satisfying yet bittersweet reunion between Maddy, Callum, and Ella reiterates Adam’s stress on giving his family the first priority in his life. While Adam is dead, his family survives the ordeal caused by his past and lives on with the hope of a better future.