All Upcoming Apple Arcade Games in 2019 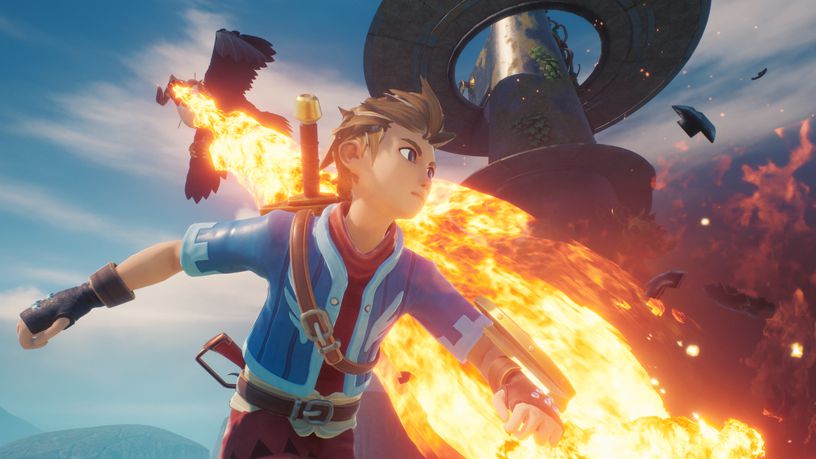 Gaming has always been an expensive hobby for most people as there is a lack of subscription-based services similar to Netflix that offer access to a library of titles for a small monthly fee. One of the biggest reasons contributing to the lack of such services is how expensive games are in comparison to other forms of media. You can expect to pay $60 for the base edition of a triple-A title which is much more than what you would spend on a movie ticket or an online album of your favorite artist. Apple wants to be the Netflix of gaming with the introduction of Apple Arcade.

The concept is very similar to what Origin Access previously attempted. However, EA’s offering is limited to PC only while Apple’s plans are far more ambitious. None of the existing services offer enough cross-platform support, and Arcade seeks to change that. The games available via the Apple Arcade service will be playable on iPhones, iPads, MacOS devices, and even the Apple TV. Gamers need to pay a single monthly subscription that offers unlimited access to curated content from the App Store, and while the current library of games might not be too impressive, that may soon change with major publishers partnering with Apple.

Over 100 exclusive games are expected at launch, and we can expect games from Sega, Konami, Disney, Cartoon Network, Sumo Digital and more. Apple revealed that the library will be constantly updated to include more titles. Progress in games will carry over across all Apple devices connected to an iTunes account which makes things seamless for gamers. Unlike services like Google Stadia, the games are fully downloadable, and players can play the available titles offline as well. Games that are part of Apple Arcade will not be allowed to display ads or have microtransactions.

Apple has confirmed that the service will be available by Fall 2019 in 150 countries, but pricing information has not been revealed yet. Only a few games have been confirmed so far, and we should have a full list of games that will be available with the service when the launch date arrives. Apple will be investing in the development of the upcoming games which could help smaller developers self-publish instead of relying on publishers who can be a bit exploitative at times. For now, here’s the list of upcoming video games coming out in 2019 and 2020. 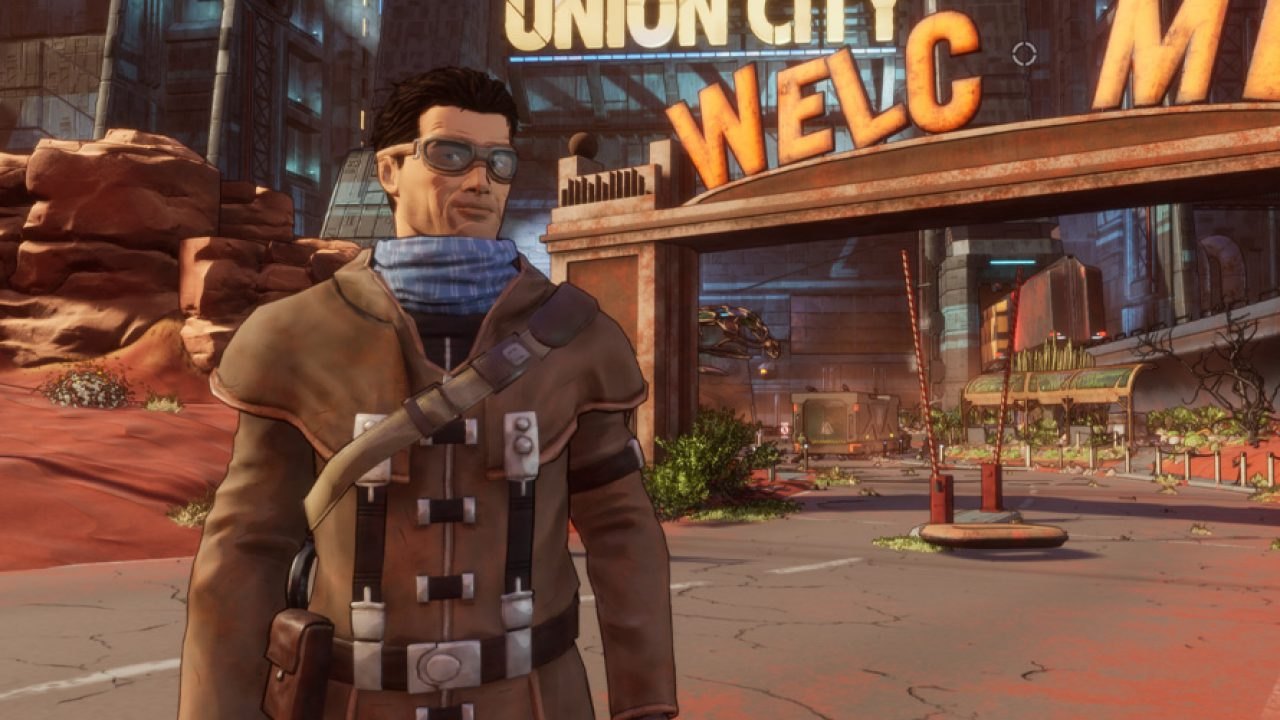 Beyond a Steel Sky is set to be a sequel to the wildly popular 1994 adventure game Beneath a Steel Sky. The announcement was made at Apple’s Keynote, and it will see lead designer Charles Cecil and Dave Gibbons team up one more time to bring the game to the masses. Cecil, who is also the head of Revolution revealed that the game will be different from the original in some ways. Instead of the 2D point-and-click style of gameplay, players will now have access to full 3D environments, and the camera can be manually controlled. The comic book-like graphics already look compelling, and we can’t wait to see what the team at Revolution come up with. We will get to play as Robert Foster from the first game, and we will explore topics like social control and privacy, topics that are relevant to our real-life world as well. The upcoming title has the same cyberpunk theme as its predecessor, and it will be part of Apple Arcade’s launch catalog of games. 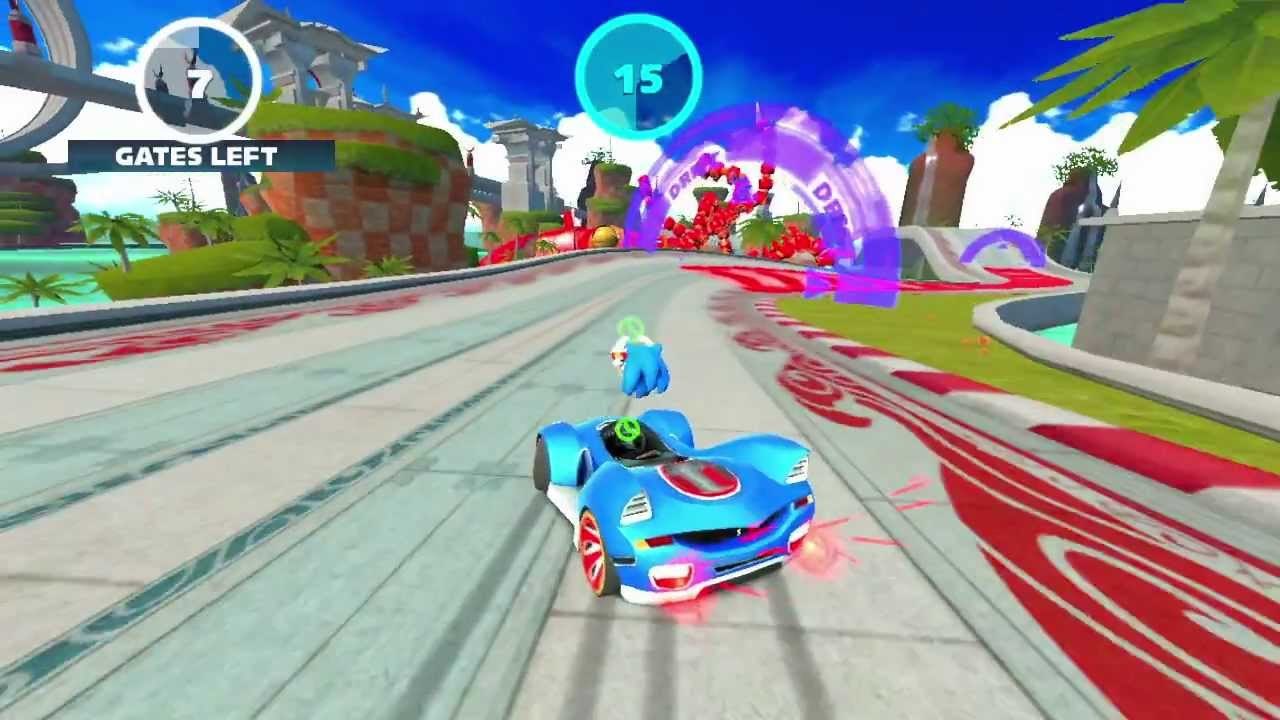 Sonic is one of the most iconic franchises in the gaming industry since its release in 1991, and there have been a number of flagship and spinoff games developed since then. Sonic Racing Transformed is one of the best multiplatform racing games available for iOS users. The game is essentially a Mario Kart clone with Sonic characters with the franchise’s own twists. The gameplay is superb, and unlike generic racing games, you can use weapons and items to beat down your opponents. The controls feel very fluid on a touchscreen, and the graphics are quite good as well. While the original All-Stars game offered split-screen co-op, it is not present on mobile devices. However, the Apple TV or MacOS version of the game may receive split-screen co-op support once Apple Arcade launches later this year. Sonic Racing Transformed caters to racing game fans of all ages with its beautiful design and gameplay. While it might not be the most polished arcade racer out there, it is definitely a game worth playing if you pick up an Apple Arcade subscription. 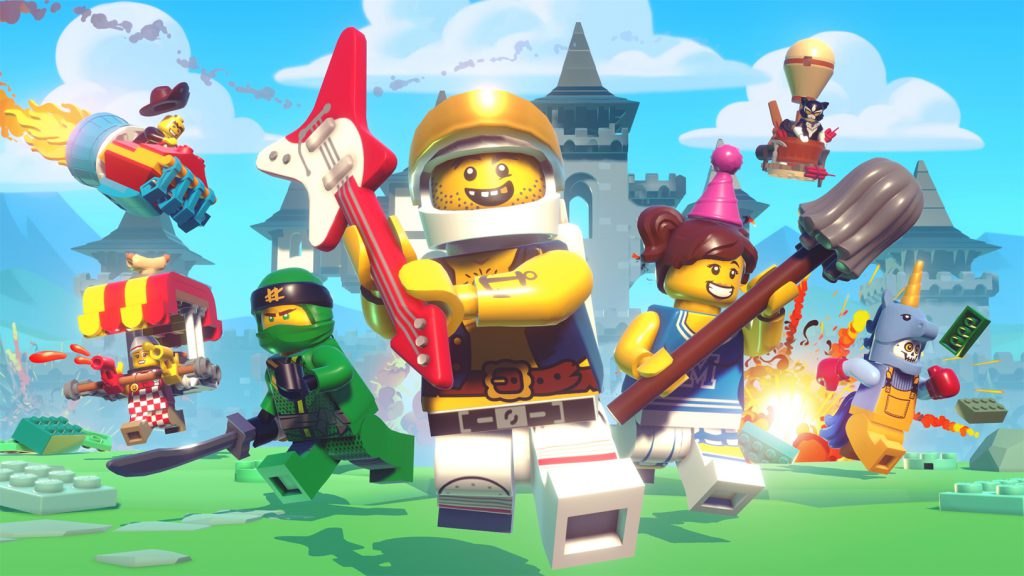 LEGO has partnered with RED Games to bring a new multiplayer brawler game titled LEGO Brawls. The game was first announced during the Apple Arcade event, and it will be available on all of the Arcade-compatible devices including iPhones, iPads, Macs and Apple TVs. Very little information about the game was revealed during the event, and all we have seen is a short trailer that showcased Super Smash Bros.-like combat and platforming. According to the developers, the multiplayer brawler game is set in the LEGO universe. Players will be able to create their own characters and co-op will play a major role in the gameplay allowing friends to team up and work their way through matches. LEGO games have been quite fun 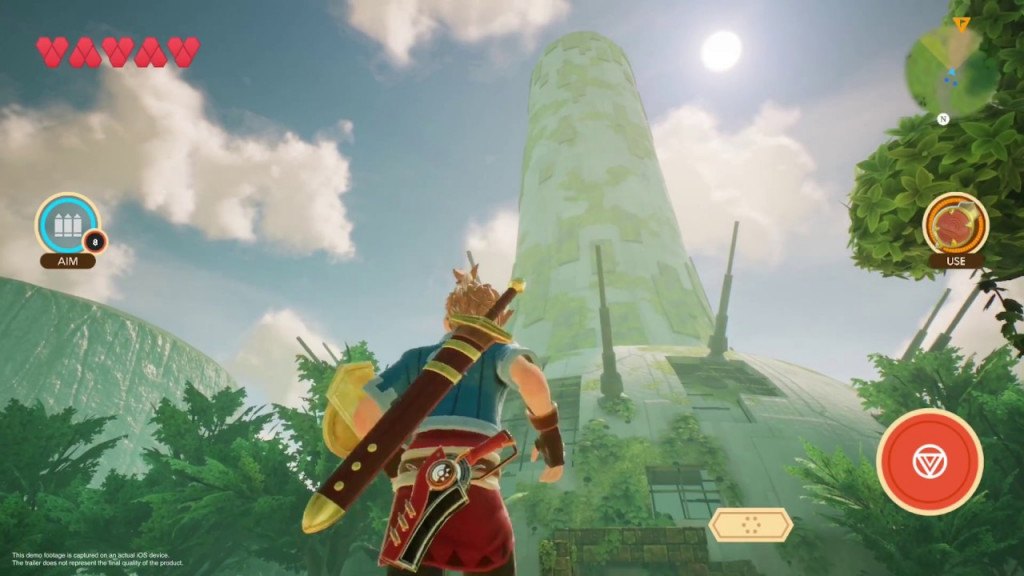 Oceanhorn 2 was first announced almost three years ago, and we finally got a sneak peek of the upcoming game. The developers showcased a video earlier this year to give fans a preview of the progress so far. The upcoming Apple Arcade game is being developed on Unreal Engine 4, unlike the original Oceanhorn which was built on a homebrew engine. The original game is available on all current-gen consoles including the Nintendo Switch if you want to check it out. The original Oceanhorn was a solid RPG that was let down by mediocre voice acting. Also, the constant switch between in-game subtitles or voice acting made the experience a little bumpy. The storytelling and gameplay redeemed Oceanhorn to a great extent, and it is definitely a must-have for gamers who want to get into RPGs that are simple and well fleshed out. Hopefully, the sequel fixes the issues of its predecessor and comes out as a more polished title. 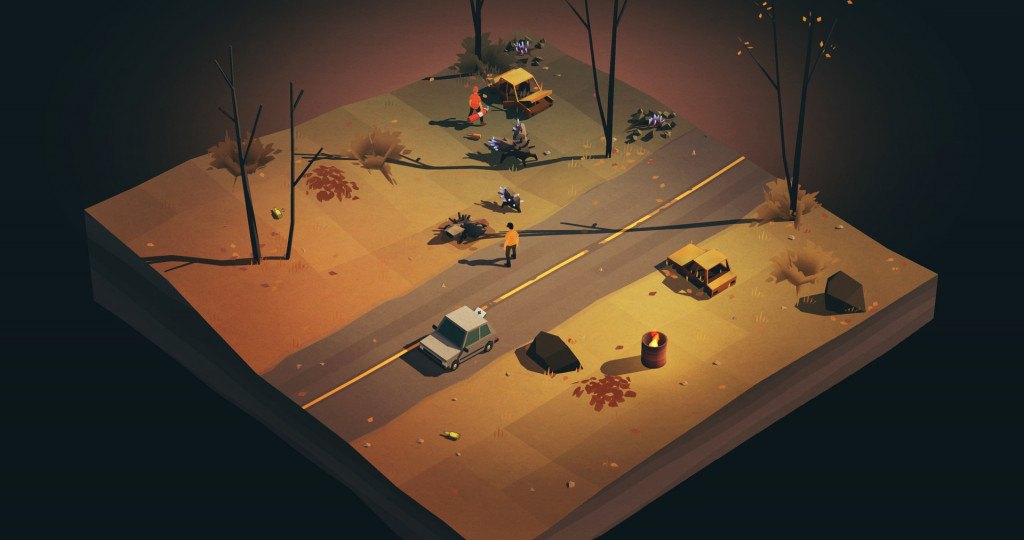 Overland is a multi-platform title that is making it to Apple Arcade later this year. The game is in limited early-access right now on PC, and it is turning out to be a compelling survival game. The concept of permanent death similar to State of Decay is something that makes the game unique. You can hop on with your friends to make the gameplay more forgiving by working together. The survival title has been available as a “first access” title since 2016, and the developers made a significant number of changes to revamp the gameplay. There has been a lot of gameplay rebalancing and the introduction of Team Fortress-style hats. The graphics have also been improved during the testing period, and it looks stunning. While we can’t compare it to triple-A titles with lifelike graphics, Overland is polished and with just a few months to go until it releases, we can’t wait to see what the final product looks like. 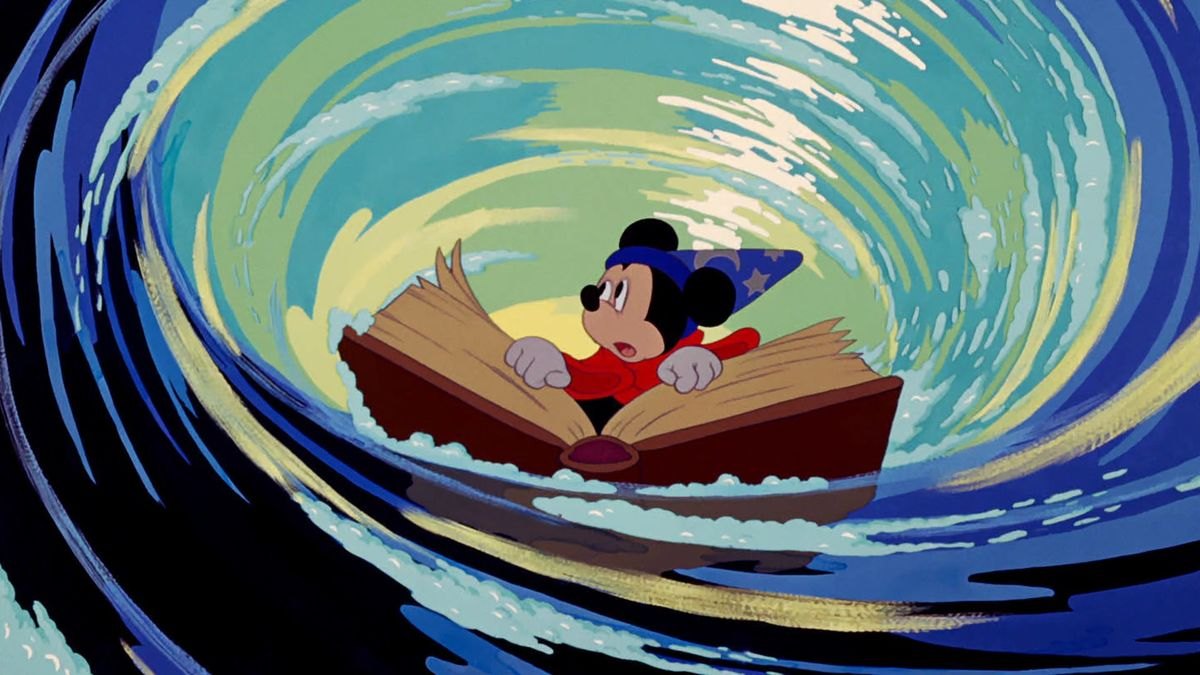 Fantasia is set in the Disney universe, and SEGA was in charge of the development of this Mickey Mouse game. The side-scroller game lets you play as Mickey as you go through levels collecting musical notes. The game had multiple levels with central themes including water, earth, air, and fire. When it comes to the gameplay, it was very simplistic and similar to what you would find in the standard Mario game with a few Disney-themed tweaks. You jump on bad guys to defeat them and collect items to get the highest score possible, and there are hidden items to discover as well. Inspired by the 1940 film Castle of Illusion, Fantasia did fairly well in terms of sales despite critics not being too happy with the final product. With a development team of just six people, the game definitely did not have the manpower that current-gen games had. Roy E. Disney complained about the title because Walt Disney did not wish Fantasia to be adapted to any media format and sales were stopped. Decades later, Apple Arcade is set to either get a port or a complete remaster of the original title later this year. 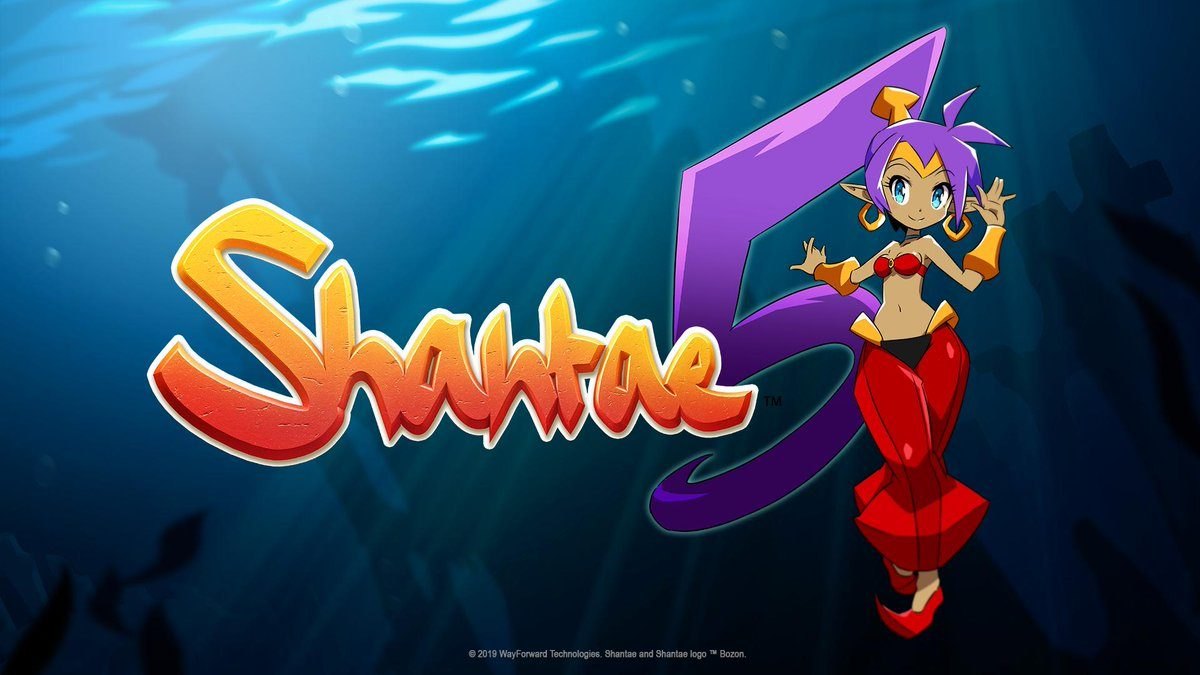 Wayforward is responsible for the iconic Contra 4 many of us grew up playing, and we were hyped to find out the studio is working on the next Shantae game which will make it to Apple Arcade. The game is currently in development for multiple platforms, and we did not receive any further details. Considering there was no Kickstarter project for the 5th installment of Shantae similar to the previous Wayforward title, the game may be receiving support from Apple. 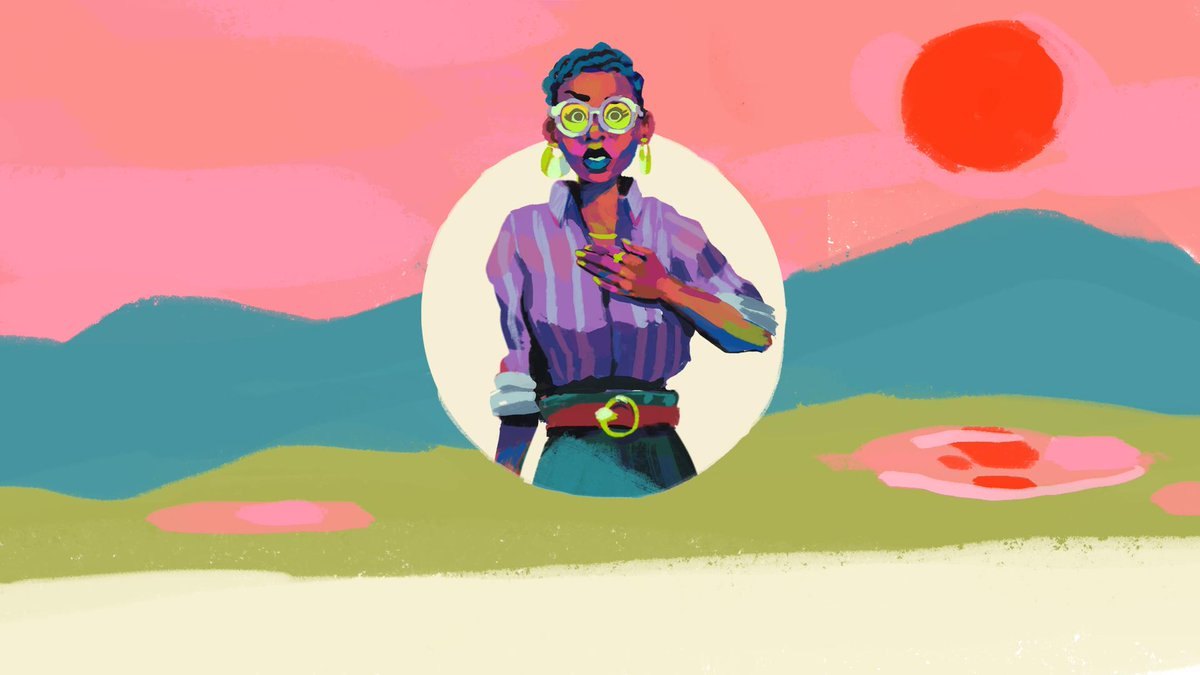 Ustwo Games is known for popular mobile titles like Monument Valley, and their latest project seems to be taking a completely different direction. Marketed as “Repair” the upcoming title has retro vibes to it but there is not much more we know about it. The studio has promised more details so far. Considering the previous games from the studio have been focused on puzzle solving, Repair may take a completely different approach. 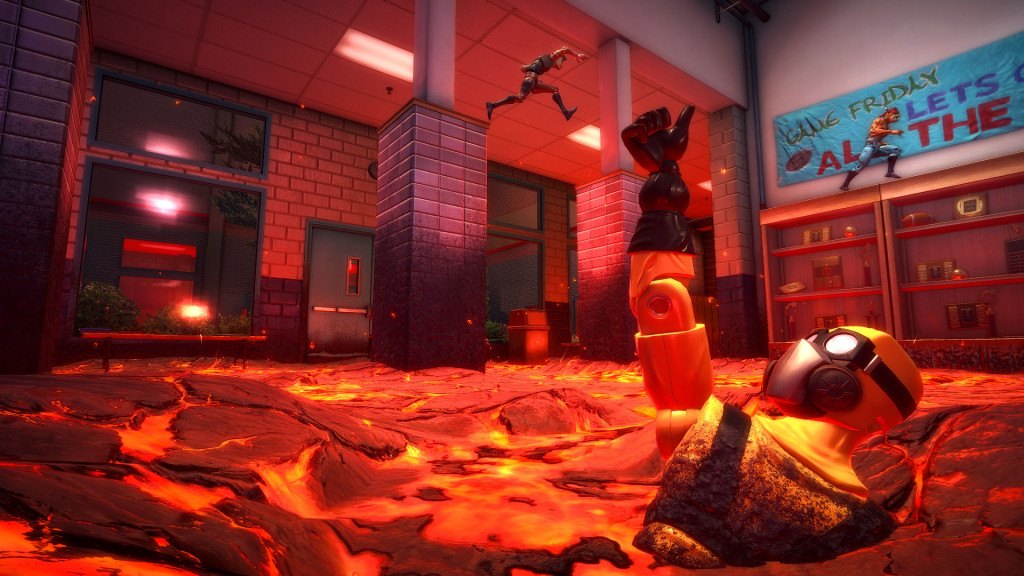 Klei Entertainment, the studio famous for titles like Don’t Starve and the popular co-op game Don’t Starve Together, are working on an upcoming adventure video game. Dubbed Hot Lava, the game was first announced in 2016, and it is finally closing in on launch. Hot Lava will be available on multiple platforms including Apple Arcade, and there is very little anyone knows about the title except the Klei. Hot Lava is being marketed as a title that will take us back to our childhood imagination and will feature multiple worlds. The first-person title will force players to make their way past hot lava without touching the ground. The gameplay features a lot of parkour and dexterous actions to beat the complex challenges. 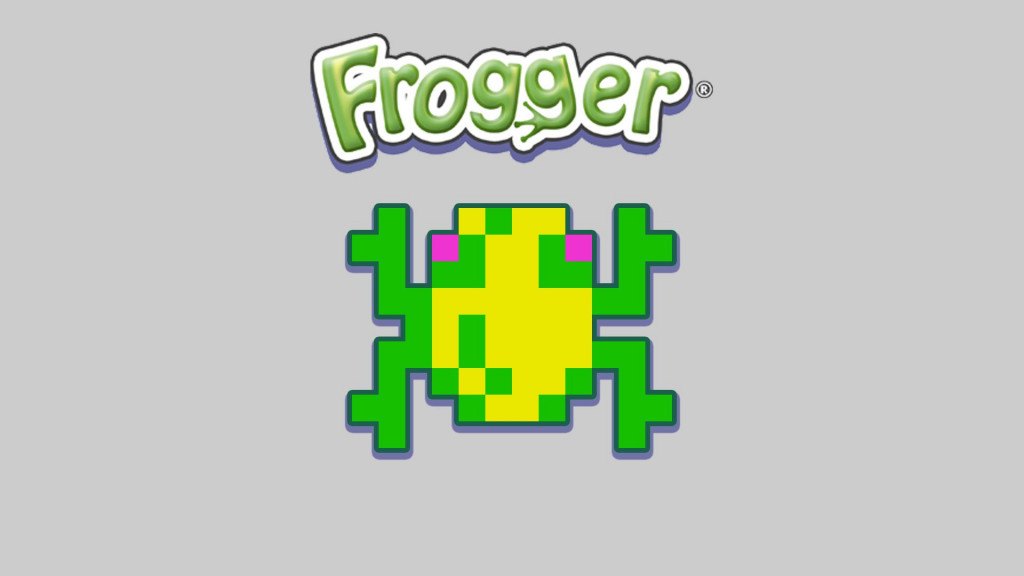 Frogger was originally released as an Arcade game in the 80s by Konami, and it still is one of the most notable games in existence. Similar titles have come and gone, but the impact Frogger had on the gaming industry cannot be undermined. The game requires you to guide frogs across the streets into their “frog homes.” The more frogs you guide to safety, the higher score you get. All you had was a four-directional joystick for controls on arcade systems. The game is getting a complete remaster and is set in Toy Town this time around with updated graphics. We can’t wait to see what Apple Arcade has in store for us, and we definitely hope the iconic Inu No Omawarisan soundtrack makes it into the upcoming title as well. According to Softline in 1982, Frogger was known as the arcade game that caused players to lose an in-game life in the most number of ways. From being hit by a car to dropping into a river, you have to be careful of a number of perils that lie in front of you if you want the perfect score. The classic arcade title had a timer for all player actions which added to the tense gameplay. 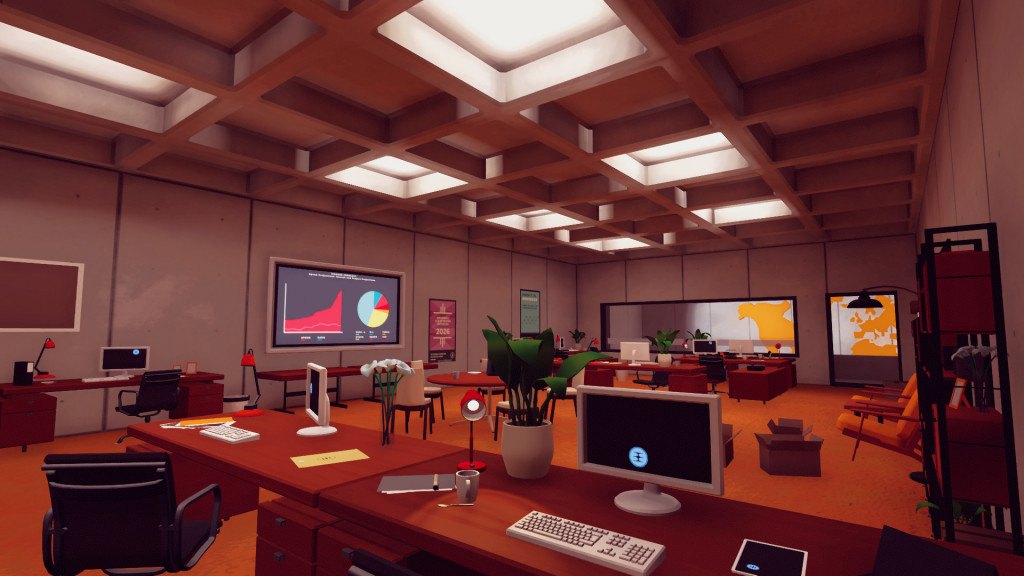 Set in the year 2026, The Bradwell Conspiracy takes us to Stonehenge Museum where things seem a little out of place. You attend the ‘Clean Water Initiative’ event which promises breakthrough tech that will help change the world for the better. A mysterious explosion takes place, and the protagonist finds himself caught in the destruction as he tries to make his way out and the only way to communicate with anyone is through Bradwell’s AR glasses. Players need to work with another survivor to make their way out. It is unknown if the game will be a co-op experience as it requires a lot of team-work to succeed. More details are expected later this year from development studio A Brave Plan who have been working on the title for years.