Everything We Know About Fantastic Beasts 3 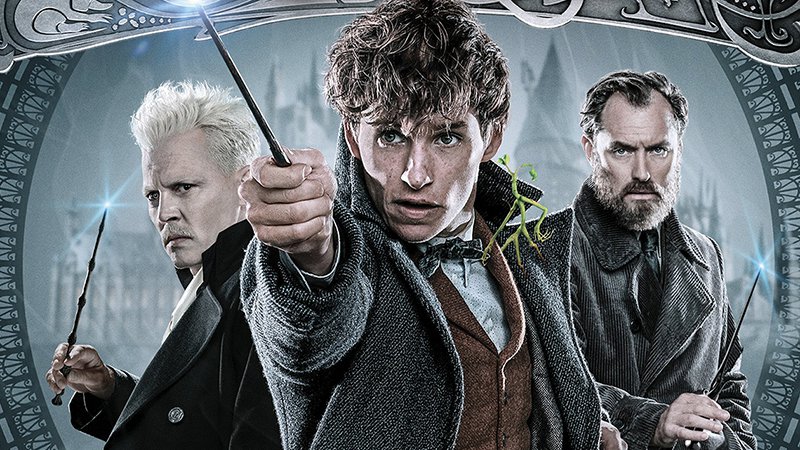 At this point, the third film in J.K. Rowling’s Wizarding World spin-off, set seventy years before the ‘Harry Potter’ saga began, is more questions than answers, despite the sequel to the first ‘Fantastic Beasts’ film — the second in the film series overall — ‘Fantastic Beasts: The Crimes of Grindelwald’ spending virtually a third of its time in setting up the series and potential sequels, and citing Easter eggs that somehow link to the comprehensive Potterverse all these years ahead. The remaining two thirds, sadly was too thin to bear semblance to a movie plot, in essence rendering ‘The Crimes of Grindelwald’ as yet another world building exercise and a big tease in general for upcoming films, something that WB is currently notorious for pushing in its films, as opposed to a solid feature film on its own.

However, the third out of five films is already in the early stages of scripting and pre-production due to begin shooting later this year. We might still have to wait quite some while, moving away from the regular two year gap of the ‘Fantastic Beasts’ movies, to see the third one come to life, but we already marginally know what directions the plot of the third one can take, most significantly from the unresolved plot lines of the second film in the series, ‘The Crimes of Grindelwald’. Read on to find out everything we know about the third film in the series.

Fantastic Beasts and Where to Find Them 3 Plot: What is it About? 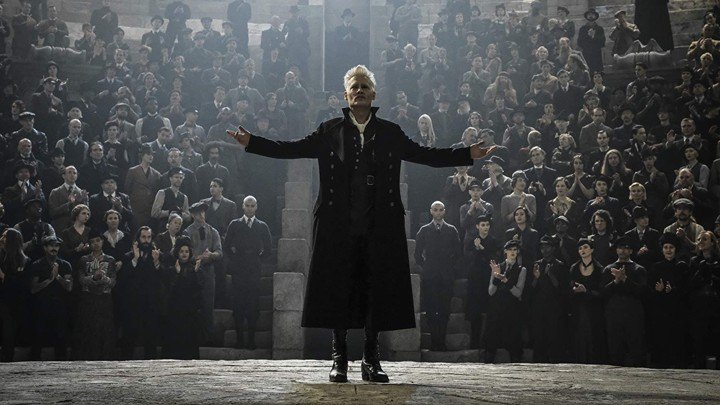 To state it singularly, J.K. Rowling has stated that the next ‘Fantastic Beasts’ film will have answers to several of the questions that the second one raised. Rightly said, the second film had so much going on that it dangerously tiptoed the line into being completely overstuffed, given that it spent approximately a third of its runtime solely in setting up sequels or showing Easter eggs linking to the Harry Potter movies decades later. Now, let’s take this up with respect to each character, shall we? Newt Scamander is the central protagonist in this series, and the films primarily document his adventures as a magizoologist in Rowling’s magical world. However, it is Credence Barebone, played by Ezra Miller, who is shaping up to be an increasingly important player with the major twists in each of the films being centred on him.

One thing that we can definitely expect from the sequel is to delve deeper into Credence’s history and origins, now that we know following Grindelwald’s revelation towards the end of the second one that Credence indeed was Aurelius Dumbledore, the long lost brother of Albus, Aberforth and Ariana Dumbledore, discarding the theory earlier professed in the film that he was the baby swapped with one of the Lestrange brothers aboard the wrecked ship. There is of course the possibility that Grindelwald might after all be lying to him to pit him against Dumbledore, knowing that he was among the few beings powerful enough to take on Dumbledore; but the Phoenix was a telling hint. 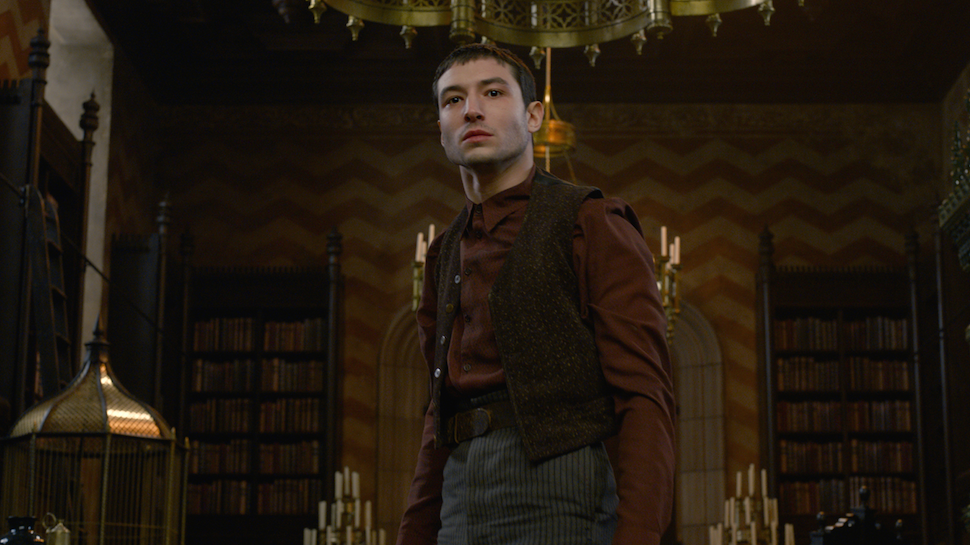 Coming to Scamander himself, his role is only bound to grow in the next film, and the same may be said for an additional fantastic beast or two from his kitty. From the looks of it, he seems to be Dumbledore’s number one guy right now, having helped him acquire the vial with the blood of Dumbledore and Grindelwald that constitutes the blood bond between them, forbidding them from fighting each other.

Now that they have it, they can collectively figure out how to destroy it, so that Dumbledore himself can join the cause against Grindelwald and aid in bringing him down, who is all for magical being domination over muggles, and will be seen in the next film gathering more followers to his cause, or manipulating Credence into fighting Dumbledore. Their epic showdown in which Dumbledore wins the Elder Wand is not happening until 1945, while the second movie is set in only 1927. We have another 18 years to cover in movie time before we get to experience that. Expect the sequel to cover all of this and more. 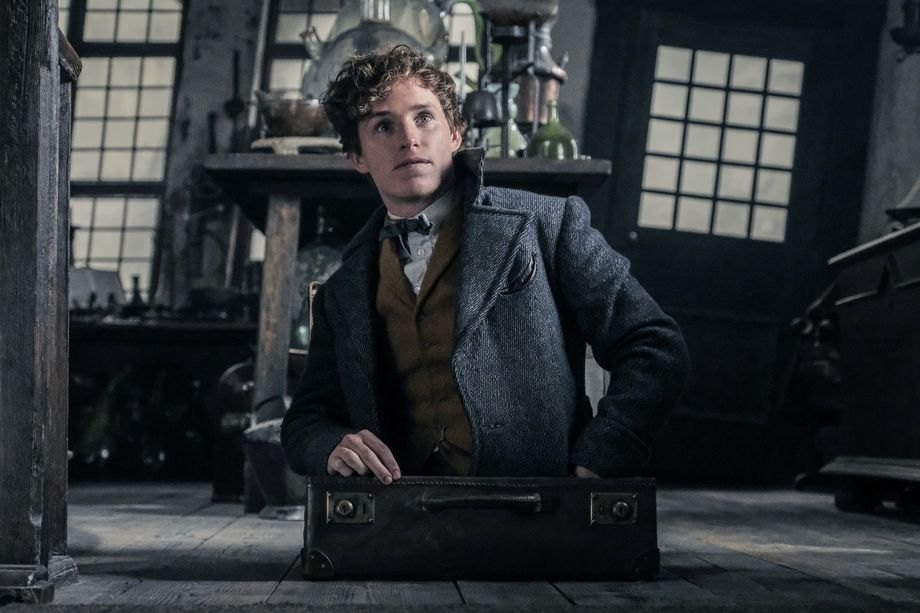 Another *gasp* character introduction that surely took the viewers by surprise was Nagini’s, revealing her to be a maledictus with a curse that will eventually turn her into the snake that ends up siding with the Dark Lord and being brought down by Neville Longbottom in the finale of ‘The Deathly Hallows: Part II’. Now, it is unclear as to when she permanently turns into a snake, and whether this series of films would cover that, but I am assuming since she has been introduced here, it will be. I expect her role in the sequel to be bigger than just Credence’s sidekick.

Furthermore, yet another character that had a blink-and-you-miss-it role in the second movie (more particularly when Flamel flips through the pages of a book after having his vision of death and destruction) was Eulalie (Lally) Hicks, who is a professor at another school of witchcraft and wizardry, Ilvermony in Massachusetts. J.K. Rowling has been quoted saying that she will have her “true glory” revealed in the third film. She is set to be played by Jessica Williams. 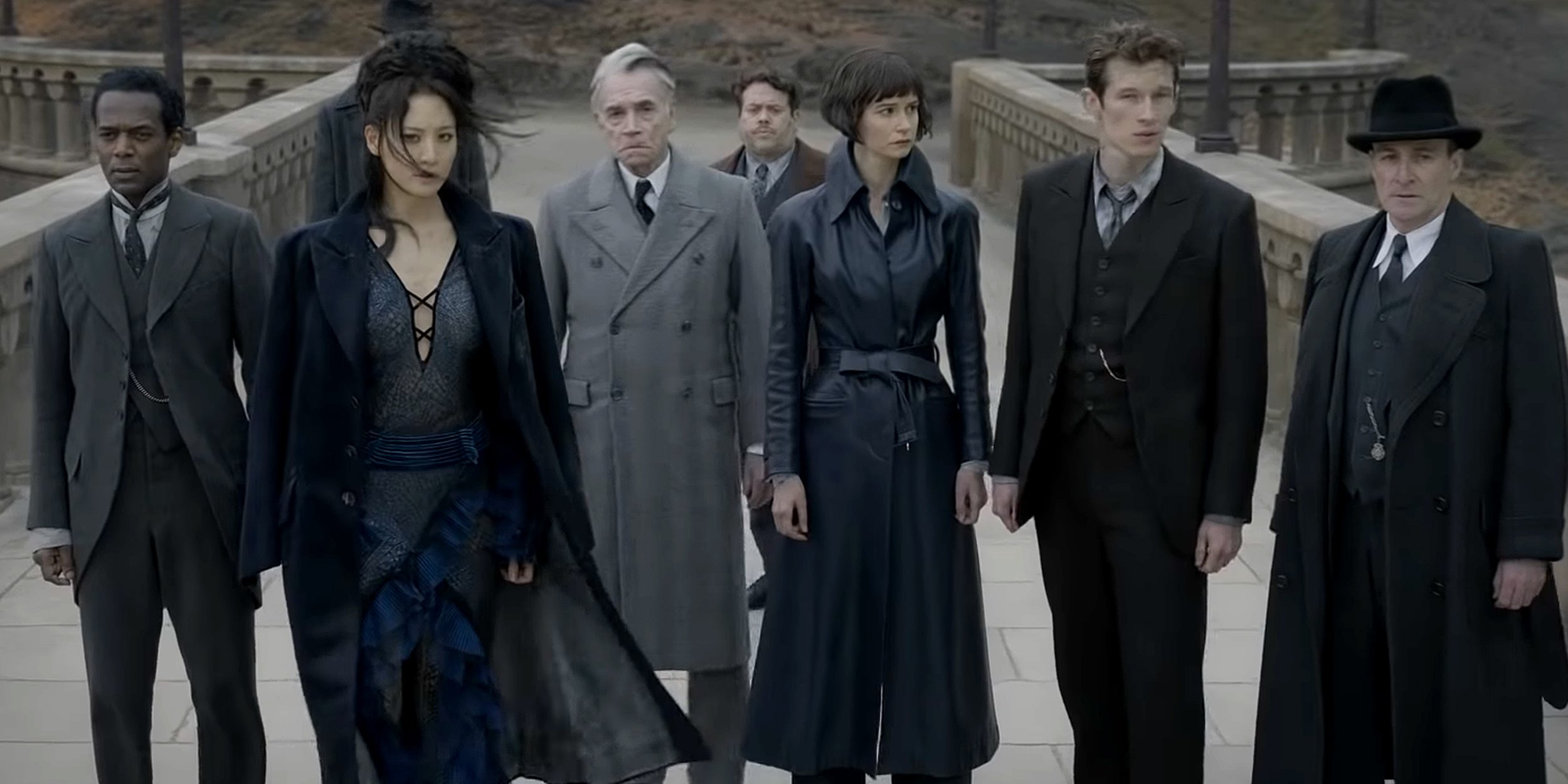 Besides this, the film will also feature the stories of Jacob Kowalski, Queenie and Tina Goldstein, Theseus Scamander, and presumably Leta Lestrange as well, because I hardly believe that Grindelwald’s ring of fire vanquished her. Bonus points for us if Nicolas Flamel is also featured in the next movie, since it already has been established that he is one of the strongest wizards out there, and pretty much immortal.

Fantastic Beasts and Where to Find Them 3 Cast: Who is in it?

As extensive is the list of plots and subplots and the characters that especially the ‘Fantastic Beasts’ films have, equally extensive are the cast members portraying them. Most of them would anyway have entered 2-3 film deals, so we can certainly expect Eddie Redmayne as Newt Scamander, Katherine Waterston as Tina Goldstein, Dan Fogler as Jacob Kowalski, Alison Sudol as Queenie Goldstein, Ezra Miller as Credence Barebone, Callum Turner as the Auror Theseus Scamander, Claudia Kim as Nagini, Jude Law as Albus Dumbedore and Johnny Depp as Gellert Grindelwald among the principal members of the cast to return, along with a host of supporting ones.

Fantastic Beasts and Where to Find Them 3 Crew: Who is Behind it? 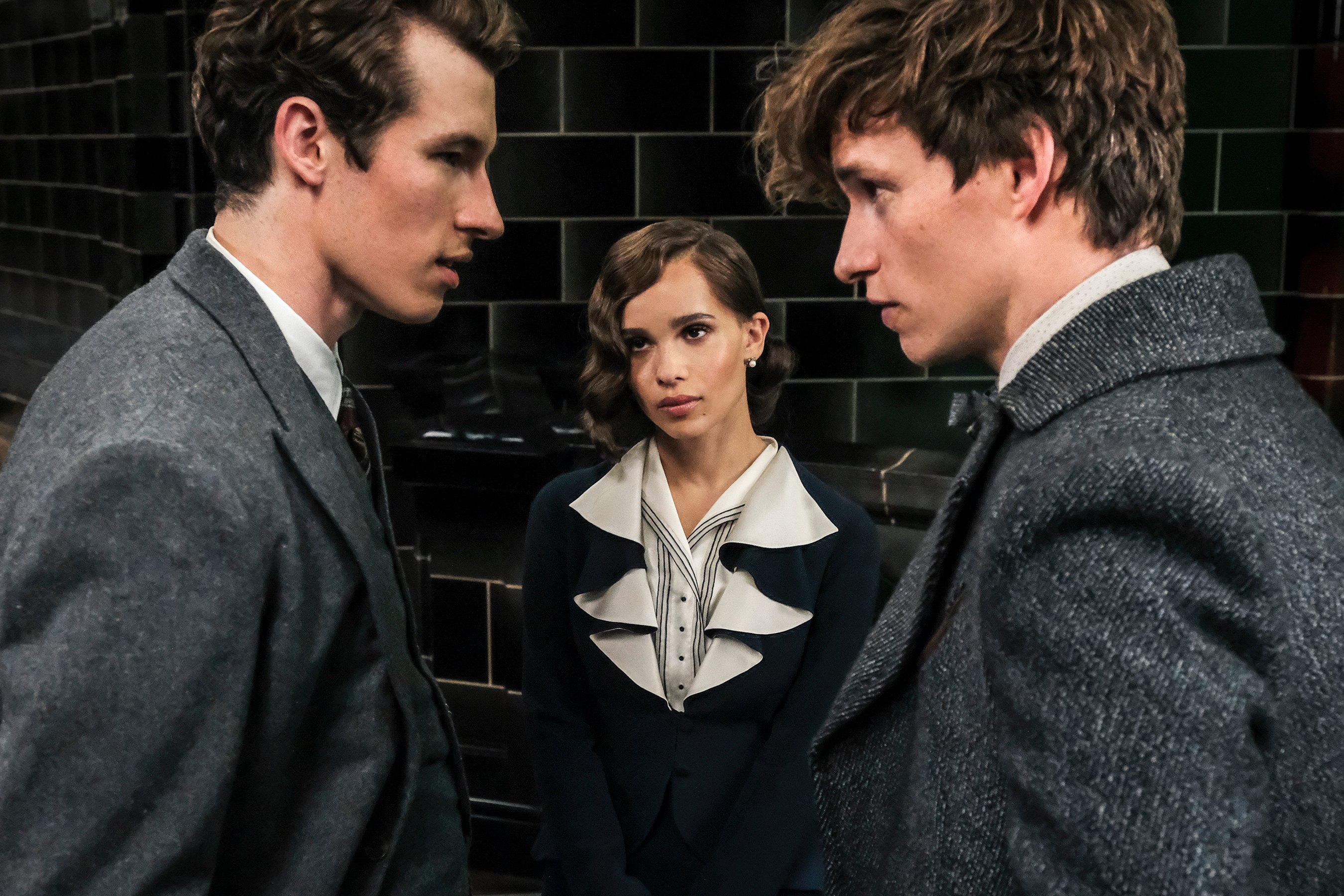 For now, especially since no official announcements have been made, we can continue to assume that David Yates would be continuing to direct the ‘Fantastic Beasts’ films, right up till the intended fifth one. Yates may himself be called somewhat of a series veteran by now, having been the director of the Harry Potter films since the fifth movie in the series, ‘The Order of the Phoenix’, up until the final film, ‘The Deathly Hallows Part II’, also serving as the director of the first two films in the franchise.

David Heyman will most likely be returning to produce the sequel, having been attached to the film series since the very beginning of the Harry Potter films, and the same may be said for writer Steve Kloves as well, albeit attached to the ‘Fantastic Beasts’ films as producer only. Furthermore, the singular biggest differentiator in terms of what the Harry Potter films and the Fantastic Beasts films have behind them is the direct involvement of J.K. Rowling as screenwriter, a role that she will be playing while penning down all five of the films in the series, having made her debut with ‘Fantastic Beasts and Where to Find Them’ in 2016. With most of the original team from the ‘Harry Potter’ films intact, with the addition of J.K. Rowling that could only mean better things, we are still waiting for this series of films to repeat the same magic, despite only faint glimmers of it visible from the two films.

Fantastic Beasts and Where to Find Them 3 Release Date: When Will it Premiere? 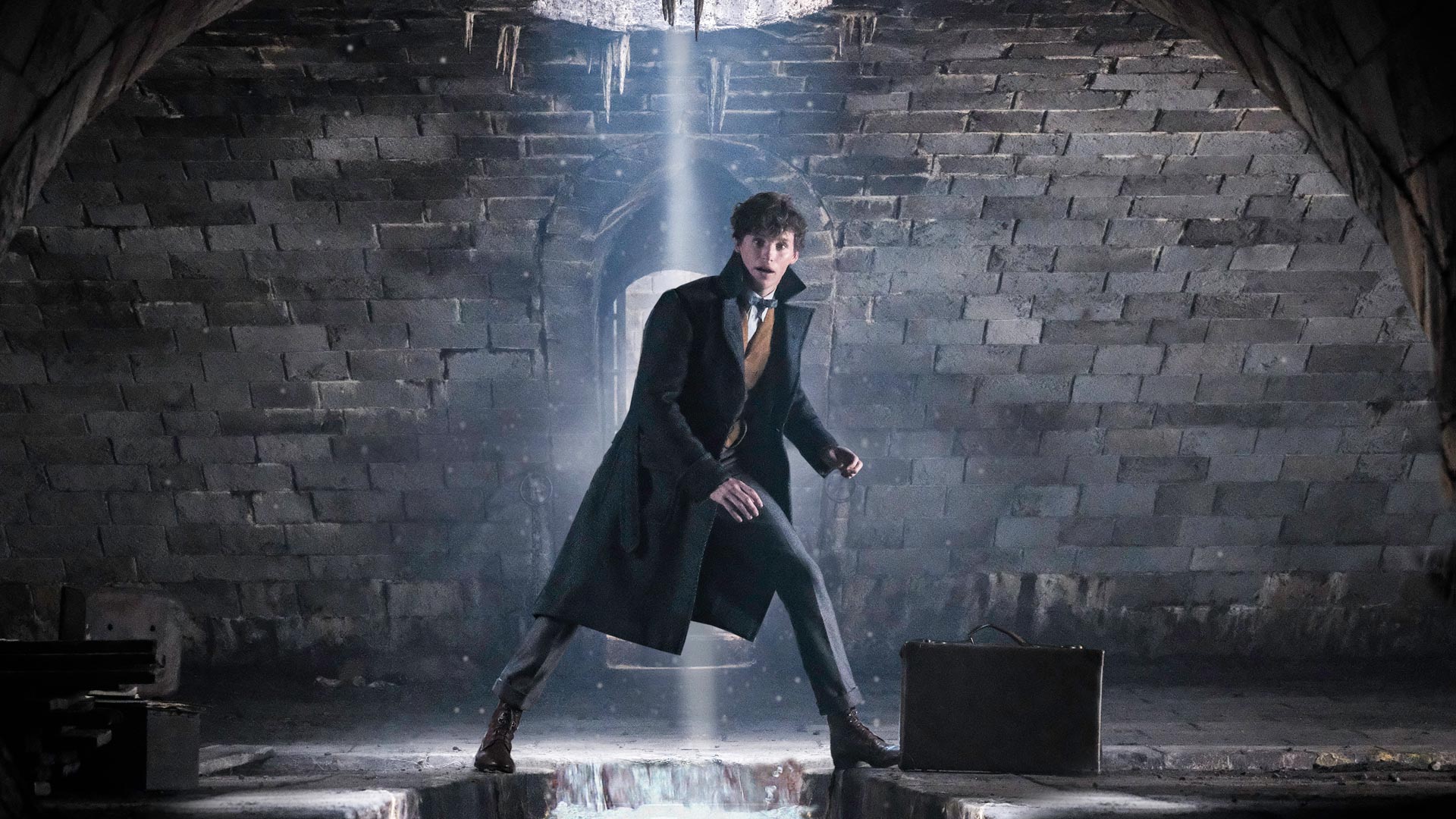 WB recently announced that Fantastic Beasts and Where to Find Them 3 will release on November 12, 2021, moving away from its initial release date of November next year in 2020 to allow changes and re-polishing the script following the relative disappointment that the second one was with fans, critics and the general audience that ultimately ended up impacting its overall box office haul. Besides, Dan Fogler, who plays Jacok Kowalski in the series, was on record stating that the third film was bigger than “the first two combined” and that the production team needed more time to work on the movie before filming began, scheduled now for later this year. The original release date for the film is now reserved for the Denis Villeneuve helmed ‘Dune’ that I am equally, perhaps more excited for.