Who is the New Stew on Below Deck Mediterranean? 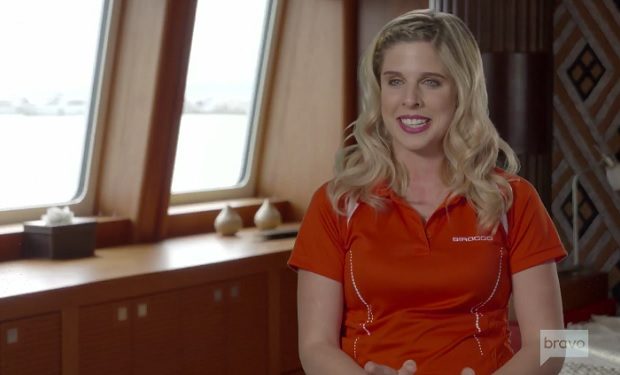 The drama continues on ‘Below Deck Mediterranean,’ and there’s trouble on board ever since drugs were discovered. Malia White brought it to Captain Sandy’s attention, and we’ve witnessed how it was traced back to Hannah Ferrier. The First Stew was found with valium on her, and Sandy fired Hannah. She went on Instagram Live stating that Ferrier was not let go because of the drugs, but because she couldn’t be trusted.

Sandy’s got her logic behind the action. If anything untoward happens on board – including an emergency, and if a crew member is unable to respond accordingly, it is the captain who takes the blame. Sandy’s built a career for herself and has too much to lose over someone unwilling to follow the guidelines. With Ferrier out as the First Stew, the question is whether the ship would operate with one less stew, or if the captain would bring on somebody new. It appears that Sandy’s gone with the latter, so who is the new crew member?

Who is the First Stew Now?

Let us give you a little background – the season started with Hannah as the First Stew, and Lara Flumiani acting as the Second Stew. However, the two did not get along at all, resulting in Lara quitting early. The sudden change forced the captain to bring on a Second Stew for the rest of the season, and she chose Christine “Bugsy” Drake. Viewers might remember the sprightly girl from Season 2, but Hannah sure wasn’t pleased to learn of the addition – after all, they had a spat previously. Nonetheless, Bugsy proved her mettle on board, creating stellar tablescapes, ensuring smooth operations, and even stepping up when Hannah failed to delegate duties.

Thus, after Ferrier left, Sandy holds a meeting, announcing Bugsy as the replacement. She springs into action but acknowledges the difficulty in working with one less member. She’s also noted it is a slightly weird way to be promoted. However, Bugsy believes that things will look up from hereon, as is evident from her post below.

Who is the New Second Stew?

Sandy’s ensured the crew members that she plans on bringing in someone to fill the position as the Second Stew. Although the show’s not officially shown who it might be, we have a pretty good guess. Aesha Scott from Season 4 is likely to make a comeback. We already know she’s on good terms with Sandy, and the captain would count on someone reliable on short notice.

Moreover, there’s an apparently leaked photo, doing the rounds on Twitter, with Aesha front and center. It has led many to believe that she fills in after Bugsy’s promotion.

So, if this is legit, they couldn't just NOT rehire Hannah, They had to contrive a way to bring back Bugsy and then fire Hannah in the most degrading way, promote Bugsy and bring back Aesha. #BelowDeckMed #BelowDeck pic.twitter.com/KA2PBfQVIb

Aesha has been mum about joining, though she’d hinted in a previous Instagram comment that she might return to the show. For now, you can see her latest post, where several fans have asked her to address her return to ‘Below Deck Mediterranean.’

The show’s already teased us with the possibility that Scott is stepping on board the luxury yacht. Since the current season explores the dynamics between the captain and her favorite crew members, Aesha has a high chance of being included – as she shares an excellent work relationship with Sandy.

While the possibility seems quite sure, we should obviously wait for an official confirmation from the BravoTV series, which is likely to be forthcoming in the next couple of episodes.

Read More: Are Malia and Tom Together in Below Deck Mediterranean?