Now and Then Episode 6 Recap and Ending, Explained

‘Now & Then‘ keeps viewers on their edges with its constantly twisting narrative that showcases a new side of the main characters with each passing episode. The sixth episode, titled ‘A Good Day to Give Thanks,’ sees Pedro dealing with the fallout of his campaign manager Ernesto’s arrest.

Meanwhile, Ana furthers her own agenda leading to a shocking twist that changes viewers’ perception of the blackmail plot. Naturally, viewers must be looking for an explanation for the episode’s game-changing ending. In that case, here is everything you need to know about the ending of ‘Now & Then’ episode 6! SPOILERS AHEAD!

Episode 6, titled ‘A Good Day to Give Thanks,’ opens with a flashback to thanksgiving dinner at Alejandro’s house, which the group of friends except Dani and Sofia attend. In the present, Pedro meets Ernesto in jail and reassures him that he will fix the situation. On his way home, Pedro expresses his dissatisfaction with Ana implicating Ernesto in the money laundering case. Sofia visits Hugo in the hospital, where she has a flashback to her argument with Dani. It is revealed that Dani had asked Hugo to send the blackmail text to her friends. However, Sofia grows agitated after learning that Dani has involved Hugo in the matter.

Marcos struggles to cope with Isabel’s absence and is unable to reach out to her. He speaks with his father, Arturo, who reassures him that Isabel will return. However, Marcos turns to drugs to cope with the mental stress. Flora is called in by her superior and suspended for illegally gathering evidence by wiretapping Marcos’ house without a warrant. While Flora accepts her suspension, she saves her partner Linda’s job by claiming responsibility for the situation. In a flashback, Flora attempts to investigate the fingerprints on the crime scene and discovers an unidentified print that she believes belongs to the killer of Jessica Thompson.

Meanwhile, Pedro grows disillusioned with his campaign and has a breakdown in front of his family. Marcos has thanksgiving dinner with his father but leaves early and tries to contact Sofia. Sofia meets Marcos at a bar and tries to bend the situation to her advantage as she desperately needs money. However, Marcos collapses in the bar from overuse of drugs. Elsewhere, Ana and Marcos argue about their situation while a flashback reveals Pedro accidentally caused the death of Jessica Thompson. In the end, Hugo wakes up from the coma while Ana and Pedro resolve their issues.

Now & Then Episode 6 Ending: Why Did Ana Visit Dani? Did She Kill Dani?

In the episode’s final moments, Ana and Pedro prepare to go out for dinner and hash out their issues. However, Pedro learns from his babysitter that Ana had left the house by entrusting the children to the babysitter a few weeks ago. Pedro has no knowledge of the incident, and it becomes evident that Ana is hiding something from him. A flashback that picks up from a scene in the previous episode reveals that Ava had met Dani sometime before the latter’s death. The scene then shifts to Ava returning home that night with a cut on her forearm. The episode closes out as Ana washes the blood from her hand. 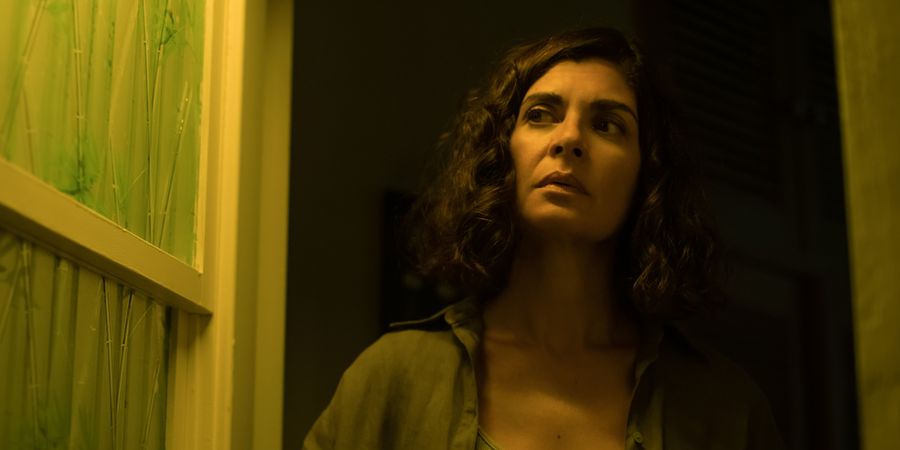 The episode’s ending strongly implies that Ana had some connection to the blackmail plot. The flashback depicts Ana visiting Dani at her home but does not shed light on the interaction between the duo. However, given the flashback we see in the previous episode, it is likely that Ana and Dani had some sort of argument that night. Moreover, the injury to Ana’s forearm is a clear sign of struggle and the blood hints that she might have had a physical altercation with Dani. Therefore, it is likely that Ana killed Dani in the heat of the moment.

The episode paints Ana’s actions in a new light. So far, it appeared that Ana and Pedro were a team, and they were working together to save themselves from being implicated in the blackmail and murder cases in which they are suspects. However, the sixth episode suggests that Ana has her own agenda and is hiding a dark secret from Pedro. Ultimately, what are Ana’s true motivations and plans remain to be seen. Nonetheless, Ana knows more about Dani’s mysterious death than she is letting on.