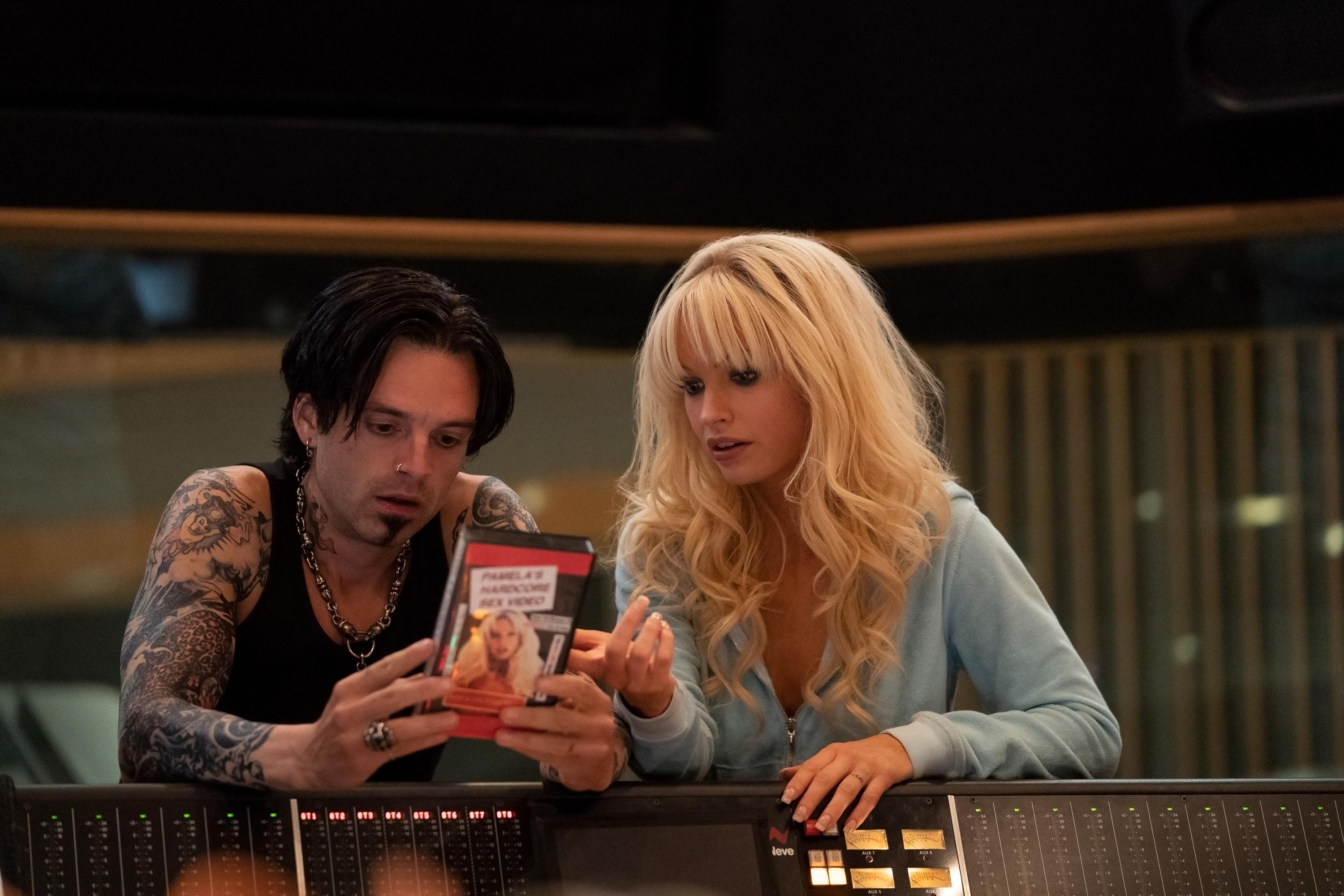 Episode 4 is when the can of worms truly opens up for the titular couple of ‘Pam & Tommy’ as they learn that their private honeymoon recording has been stolen. Just how far the video has circulated becomes shockingly clear as the episode progresses, and Rand quickly begins feeling the significant (and violent) repercussions of his actions. To add to his woes, his business partner, Uncle Miltie, seems to have some very selfish priorities. The two storylines have finally collided, and there’s a lot to unpack in the chaos of ‘Pam & Tommy’ episode 4, so let’s dive in. SPOILERS AHEAD.

The episode opens with Pamela and Tommy at the doctor’s, where the happy couple gets the first image of their unborn child. The two are still blissfully unaware of the leaked recording that is quickly spreading across the country, and we get a glimpse of a very eager Cleveland man ordering and receiving a copy of the tape from the website. Finally, in January 1996, Tommy realizes that the safe is missing. Not getting enough enthusiasm from the police, he hires a private investigator who quickly sniffs out that Miltie and Rand are behind the stolen tape.

Meanwhile, Rand finds a man in a parking lot selling copies of the sex tape at a fraction of the cost. Enraged, he berates the man but is unable to do anything to stop others from selling the tapes. He goes to Miltie’s studio, only to narrowly escape the bikers. Rand then finds his business partner holed up at home and, upon telling Miltie that people are looking for them, is told to go back to the studio and clear out all signs of the tape.

In a haze of panic, Rand goes back to Miltie’s studio and begins collecting all the copies of the tape. He narrowly avoids Tommy’s private investigator, who shows up just as Rand is leaving. Finally, with nowhere to go, Rand shows up at Erica’s doorstep, and she wearily lets him in. Meanwhile, Miltie packs up and leaves town, saying he needs to meet with the banks to ensure their funds remain untraceable.

Tommy and Pamela struggle to contain the spread of the tape but are shocked to learn how far it has already spread. Soon, they begin to argue about it, with the actress angry about her husband not taking the matter seriously enough. The episode closes on a sharp and tragic note when, after going to the doctor and being told she’s lost her child, Pamela loses control and smashes a paparazzi photographer’s car in anger.

Episode 4 is a tumultuous time for all the central characters. While the titular couple grapples with the uncontrollable spread of their private video, Rand struggles to keep his head above hot water as all of Tommy’s minions begin to come after him. In all the chaos, the sly Miltie remains comfortably hidden on the sidelines, lavishly spending the loan money. When Rand finally tracks him down and informs the (hungover) porn director that there are men after them, Miltie gets briefly agitated before telling Rand to clear the studio. It’s clear Miltie realizes sooner than Rand that there are going to be significant repercussions for stealing and leaking the high-profile private tape, which is why, in all likelihood, he has left town for good.

In a brief call, he quickly tells Rand to “hold down the fort” while he heads to Amsterdam. Seeing how Miltie’s been spending his money, it’s pretty clear that fixing their financials is not the only thing on his mind as he heads to Europe. This also essentially leaves Rand alone to grapple with an explosive situation that is only getting worse. The episode depicts (with Seth Rogen immersed in his comedic element) Rand slowly realizing the gravity of his actions and beginning to freak out.

Do Pamela and Tommy Break Up? What Happens to Their Baby?

The fact that they are not being able to contain the spread of their once-private video seems to put a lot of strain on Pamela and Tommy’s relationship. The former takes the news of the leaked tape worse and looks sickened every time she learns of how far it has spread. Tommy initially consoles his wife, saying they can retrieve the tape. However, he soon realizes just how helpless he is in the situation, leading to more tension between them.

After a massive fight over the tape, Pamela tells Tommy to leave. However, she feels ill soon after, and Tommy takes her to the doctor, where they are told that their unborn child has passed away. Though the details of what happens to the baby remain largely unexplored, watching Pamela break down is one of the show’s most heart-wrenching moments so far. She and Tommy return home together, so they haven’t broken up (yet). However, the cracks are clearly showing and, apart from the tape causing them anguish, the loss of their baby is also a heavy blow to the couple’s relationship.

Read More: Are Lily James’ Breasts Real or Fake in Pam and Tommy?