Where to Stream Pitch Perfect? 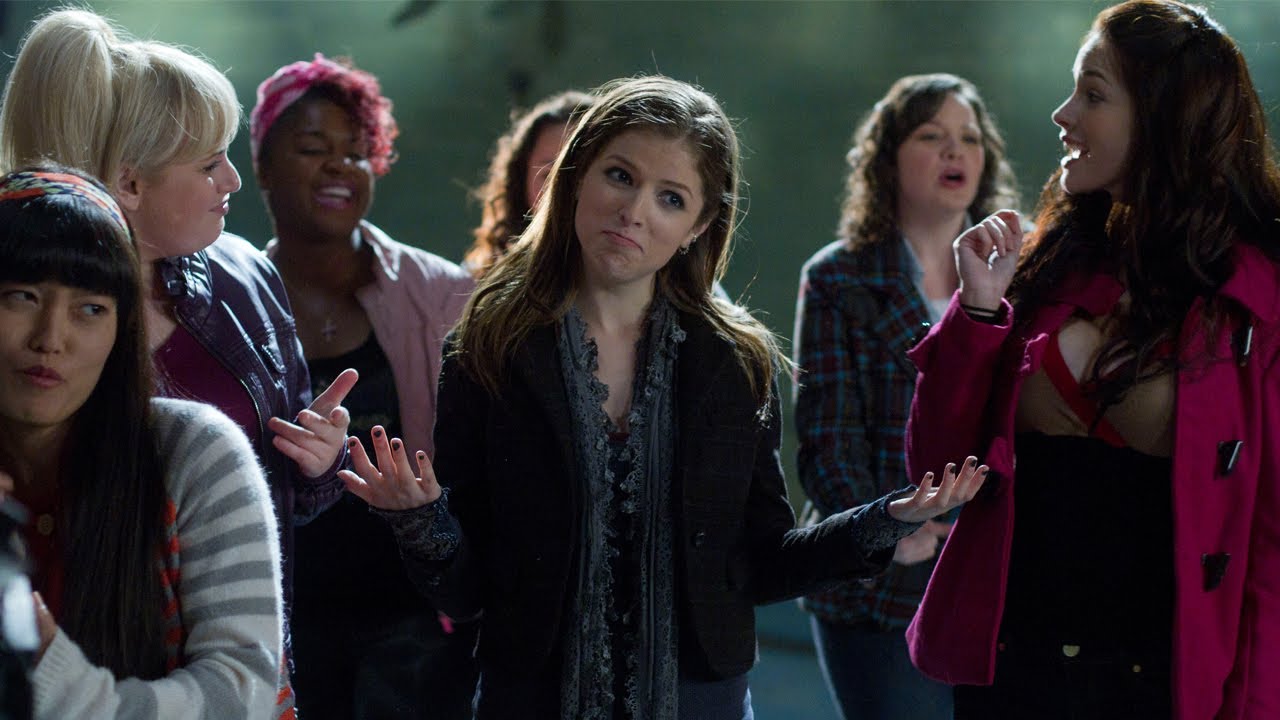 ‘Pitch Perfect‘ is an American musical comedy movie that tells the story of an all-girl a cappella group at the Barden University, called the Barden Bellas. They take on the male a cappella group from their college and fight it out in the Nationals. The plot of the movie is loosely based on ‘Pitch Perfect: The Quest for Collegiate a Cappella Glory’, Mickey Rapkin’s non-fiction book.

‘Pitch Perfect’ has all the ingredients to make it a success: it has the elements of competition, a lot of music, and strong performances from an ensemble cast. Upon release, the movie was well-received, critically and commercially, even leading to two other films titled ‘Pitch Perfect 2’ and ‘Pitch Perfect 3’. Naturally, now you must be wondering where you can stream ‘Pitch Perfect’. We are here to tell you that, but first, let us walk you through the plot of the film.

What is Pitch Perfect About?

The story of ‘Pitch Perfect’ begins with the Nationals competition in 2011 when the Barden Bellas lose to the male rival group, the Barden Treblemakers when junior member Aubrey Posen vomits on stage in the middle of her solo. The plot moves four months ahead and we see Beca Mitchell is a freshman who has arrived at Barden University. Although Beca has no interest in college and wants to become a music producer in Los Angeles, her father, a professor at the university, forces her to attend, further straining her relationship with him. Beca continues pursuing her interest and eventually meets Jesse Swanson, another freshman.

Although Beca does not want to be a part of a clique, that is the exact position she finds herself in when she joins the Bellas at the activities fare at the university. She impresses co-leader Chloe, while Aubrey, now a leader herself, remains blatantly opposed to Beca’s joining. Beca finds herself among mean girls, nice girls, and some weird girls, but the one thing they have in common is their love for singing.

Meanwhile, Jesse becomes a part of the Treblemakers. Soon, the 2012 Nationals comes knocking and both the Bellas and the Treblemakers take part. Aubrey insists on playing from a stale set-list that the a cappella group used the previous year. Despite this, they manage to make it to the semi-finals. During the competition, things get heated up and the Bellas have to break up a fight between the Treblemakers and Tonehangers, another male group who appear to be past their student years. The altercation results in Beca accidentally smashing a window with the Treblemakers’ trophy. Her brush with the law also sours her relationship with Jesse when she finds out that he has gotten his father involved.

When Beca attempts to take the group of women outside their comfort zones of traditional arrangements to a world of wonderful and harmonic combinations, she faces resistance from Aubrey. However, in the semi-final, Beca does her own thing trying to regain crowd interest in an otherwise lackluster performance. Aubrey berates Beca for the same and even ousts her for fraternizing with Jesse, a member of the Treblemakers. It seems that the judges are impressed with Beca’s improvisation but it is not enough to get the Bellas onto the next round. The Footnotes and Treblemakers proceed until Jesse’s roommate exposes that the former’s leader is a high school student. Their disqualification allows the Bellas a chance to battle the Treblemakers once again in the prestigious finals.

The Bellas go through some internal strife as Chloe stands up to Aubrey’s stubbornness. It is laid to rest when Beca apologizes, leading to an honest conversation. Beca is allowed to rejoin and take Aubrey’s place as the co-leader of the group. At the finals, the Bellas perform a song which happens to be Jesse’s favorite. It is actually Beca’s way of apologizing to him. The two make up and share a kiss, as the female a cappella group goes on to win the national championship. The movie ends by showing auditions for new members, taking place six months later.

Is Pitch Perfect on Netflix?

Netflix has an amazing collection of movies and television shows that sets it apart as a premier content provider. Though ‘Pitch Perfect’ is not on the platform, don’t let that get you down. You can check out ‘Coco‘, an animated musical that celebrates how important music can be to someone and the amount of effort that goes into becoming a recognized musician.

Is Pitch Perfect on Hulu?

Hulu has a fantastic collection of movies and television shows that the platform keeps making smart additions to, in order to cater to the diverse tastes of their viewers and to stay ahead of the competition. While ‘Pitch Perfect’ is not on the platform, you can check out the Disney musical ‘Frozen‘.

Is Pitch Perfect on Amazon Prime?

Amazon Prime has an enviable collection of movies and television shows that can perhaps only be bested by Netflix. While ‘Pitch Perfect’ is not available on the platform as is for Prime subscribers, you can always rent or buy, and stream the movie. It costs $3.99 to rent the SD and HD versions, while you can purchase the former for $9.99 and the latter for $14.99. Naturally, we recommend renting the HD version unless you are bent on adding the movie to your collection. Check out ‘Pitch Perfect’ here.

Where Can I Stream Pitch Perfect Online?

Where Can I Watch Pitch Perfect Online For Free?

Sorry to disappoint the freeloaders, but there is no way to stream ‘Pitch Perfect’ online legally for free. Moreover, we would like to urge readers to pay for any art they consume.