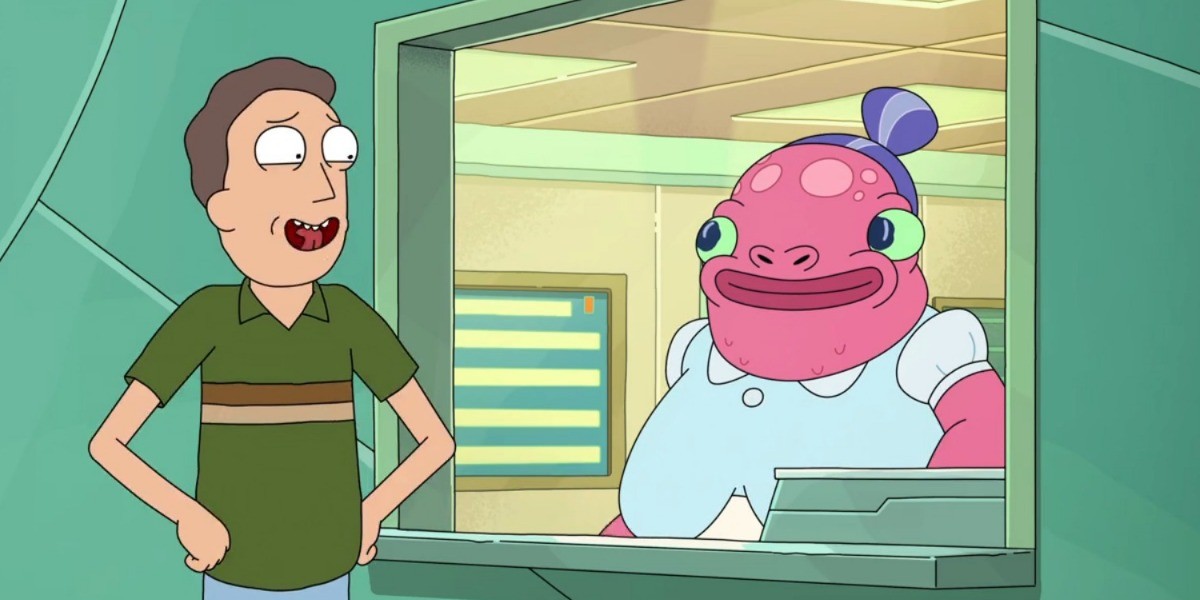 ‘Rick and Morty‘ season 6 is a major departure from its predecessors as it does not feature the titular characters going on interdimensional adventures. Rick’s portal gun is destroyed in the season 5 finale, leaving him and Morty contained in their own universe. As a result, the two have been restricted in terms of the scope of their adventures. In the third episode, titled ‘Bethic Twinstinct,’ Rick and Morty spend Thanksgiving with their loved ones, including Space Beth. However, after a tumultuous affair in the Sanchez/Smith household, a post-credit scene paints Jerry in a new light. If you are wondering what the extra scene means, here is our take on the post-credits scene of ‘Rick and Morty’ season 6 episode 3! SPOILERS AHEAD!

In the third episode, titled ‘Bethic Twinstinct,’ Rick and Morty’s Thanksgiving takes a weird turn after Beth and Space Beth fall in love. While they continue their affair, Jerry is unaware of the circumstances, and the rest of the family is forced to find a distraction. However, after Jerry learns that Beth is cheating on him, he turns into a Pill Bug due to a protocol installed by Rick. After Beth asks Rick to erase her memories of an affair with Space Beth, Jerry turns to his human form and has a conversation with the women. The conversation results in a threesome as Jerry enjoys watching Beth and Space Beth together. 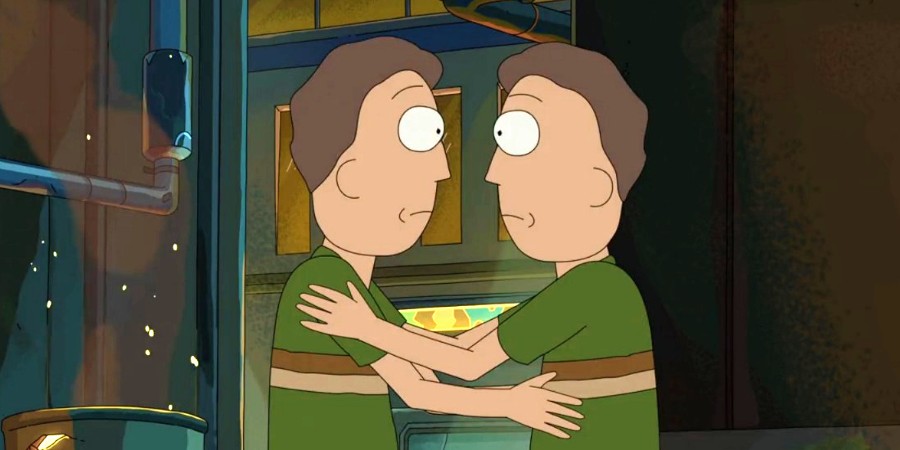 Jerry’s sudden assertive nature and interest in seeing Beth cheat on him receive some clarification in the episode’s post-credits scene. In the scene, viewers see Jerry arriving at the Jerryboree, a daycare for Jerries from across all dimensions introduced in the second episode of season 2, titled ‘Mortynight Run.’ Jerry wants to hang out with his friends at the daycare but is turned down as the rules do not allow casual visits. Later, in an alley, Jerry meets another Jerry, and the two share a kiss before Jerry leaves.

The scene strongly implies that Jerry has cheated on Beth with other Jerries in the past. Jerry has spent countless hours at the Jerryboree, and it wouldn’t be a surprise if he developed feelings for his counterparts at the daycare. Hence, Jerry’s actions explain his reaction to Beth’s affair with Space Beth. However, the sequence raises more questions than it provides answers. Firstly, the Jerryboree is in a separate dimension. Since Rick’s portal gun no longer works, it is unclear how Jerry reached the daycare. Furthermore, since Rick’s attempt to rest the portal gun in the season 6 premiere should have returned all the Jerries to their native dimension, their presence at the Jerryboree is surprising.

Secondly, it is also unclear whether Jerry is having an affair with a specific doppelganger or just enjoys sexual/romantic interactions with himself. Moreover, the ending of the third episode of season 6 implies that the Venusian wine triggered Beth and Space Beth’s affair served to the women by Rick. Hence, the root of Jerry’s attraction toward his counterparts from other dimensions is not entirely explained. Jerry likely also had some of the Venusian wine, leading to his attraction to another Jerry. As a result, the post-credits scene might be the first time Jerry cheats on Beth. Nonetheless, the episode opens the door for an interesting exploration of Jerry and Beth’s relationship.