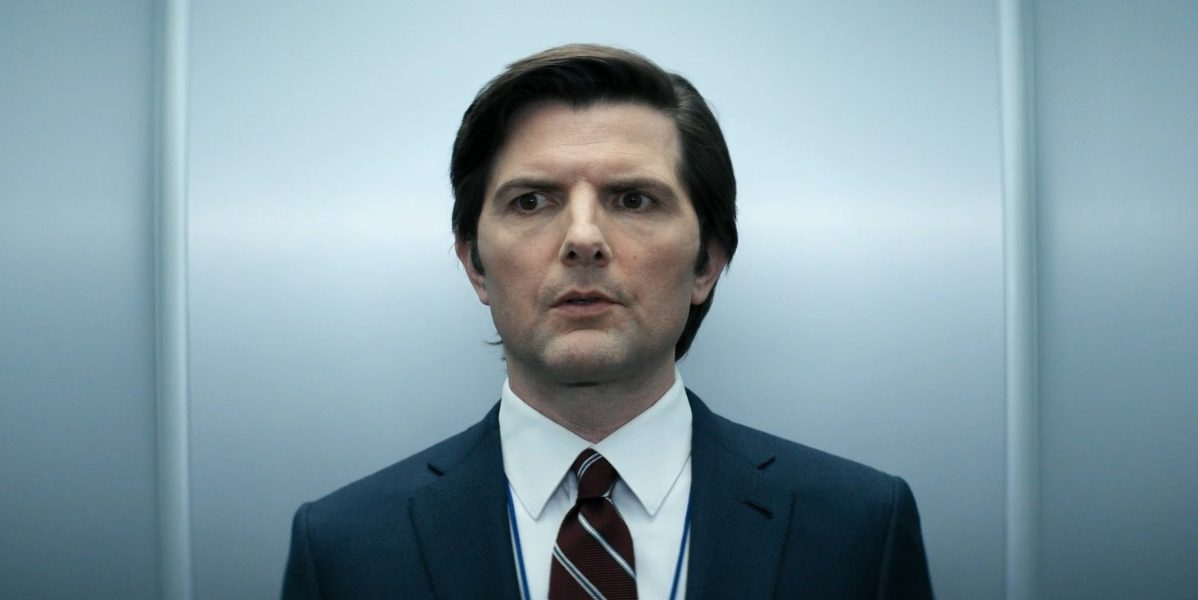 After slowly developing its world and the complexities its characters face, ‘Severance‘ hits its stride with the seventh episode. The episode brings about major developments for Mark, both at work and outside. As Mark’s quest for answers outside Lumon reaches a new turning point, he finds himself in an unexpected situation. Meanwhile, at work, Mark and his team discover a surprising method to potentially bypass the severance process.

Despite setting up the MDR team’s grand plan for escape, the episode’s final moments take a completely different course to deliver a startling twist. Therefore, viewers must be curious to understand the implications of the revelation. In that case, here is everything you need to know about the ending of ‘Severance’ episode 7! SPOILERS AHEAD!

The seventh episode, titled ‘Defiant Jazz,’ opens with Mark’s outie following Regabhi to an abandoned building. Regabhi reveals that she is the person responsible for inserting the severance chips into the workers at Lumon Industries. Moreover, she is also the only person who can switch the chips off. As Mark tries to understand Regabhi’s association with Lumon and her agenda, Mr. Graner shows up on the scene. Regabhi acts quickly and brutally murders Mr. Graner. She takes Graner’s security card and hands it to Mark before asking him to flee the scene.

Elsewhere, Ms. Cobel connects with Mark’s sister, Devon, and the two discuss the severance process and Mark’s life before working for Lumon. At work, Mr. Milchick informs Mark about the upgrades to the offices that prevent inter-departmental interaction. Dylan is concerned about Mr. Milchick contacting him outside work and asks for an explanation. Mr. Milchick explains that a process known as Overtime Contingency allows Lumon to awaken workies outside work. However, Mr. Milchick refuses to reveal the name of Dylan’s son to his workie.

Later, Mr. Milchick organizes a Dance and Music Event to celebrate Helly reaching 75% progress on the Siena file. During the short party, Dylan loses his cool and attacks Mr. Milchick. In the aftermath of the event, Dylan explains what happened to him outside work. Mark reveals that he possesses Graner’s security card. The MDR team decides to use the security card to trigger the Overtime Contingency and contact their outside selves.

As the group proceeds to the security room, Irving uses the opportunity to meet with Burt. Meanwhile, the rest of the MDR team tries to figure out how to perform Overtime Contingency. At Optics & Design, Irving realizes that Burt is retiring and is shaken by the revelation. After bidding farewell to Burt, he decides to return to the MDR team and agrees to help them escape from Lumon.

The episode rapidly propels the show’s narrative forward in new and unexpected directions. Mark’s outie interacts with Regabhi, and the scenes push Mark closer to finding out the truth about the conspiracy at Lumon. However, the more exciting developments occur within Lumon industries premises as the MDR finally has a solid plan to engineer an escape from the corporate giant. However, the episode saves its most interesting revelation for the end.

In the episode’s final act, Mark drinks and reminisces about his past at home. A knock on his door distracts Mark. He opens the door to see Alexa, who has arrived to collect her mobile which she had forgotten at Mark’s place. Although Mark and Alexa developed some rapport over their second date, Alexa becomes suspicious of Mark’s actions, especially after he disappears in the middle of the night. Moreover, Alexa grows convinced that Mark hasn’t moved on from the death of his wife, Gemma.

In a bid to convince Alexa that he has moved on, Mark rips apart a picture of Gemma. However, Alexa is unimpressed and promptly leaves. After Alexa leaves, Mark picks up the pieces of Gemma’s picture and quietly pieces them back together. The episode ends with finally revealing the face of Mark’s long-dead wife, albeit with a huge twist.

The person in the picture is none other than Ms. Casey, the wellness counselor on Lumon’s severed floors. Thus, the episode’s ending confirms that Mark’s wife is not actually dead. From what we know about Gemma, she died at least a couple of years ago from an unexplained cause. Her death drove Mark to join Lumon and undergo severance. Therefore, the fact that neither Mark nor Ms. Casey/Gemma are aware of their connection to each other highlights the sinister nature of the conspiracy at Lumon.