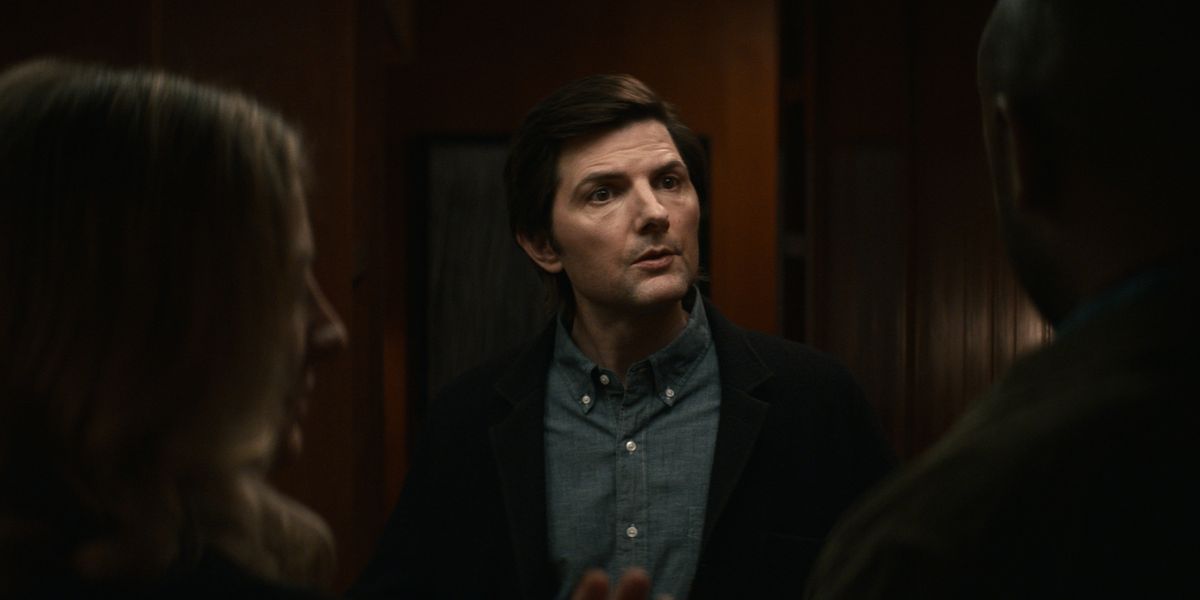 ‘Severance‘ follows Mark Scout, an employee of Lumon Industries who is trying to uncover the truth about the severance process and how it affects the Lumon employees. At Lumon, Mark’s Innie form and his colleagues from the Macro Data Refinement department discover a secret procedure that can help them interact with the outside world.

However, the process raises more challenges for the MDR team as they desperately try to end their miserable situation at Lumon and expose the shady company. The episode ends on a shocking cliffhanger that will undoubtedly have viewers curious looking for answers about the fates of their favorite characters. If you seek clarification about the ending of ‘Severance’ season 1 finale, here is everything you need to know! SPOILERS AHEAD!

Episode 9 of ‘Severance’ is called ‘The We We Are’ and opens with the MDR team members, Mark, Helly, and Irving’s Innies, awakening outside Lumon Industries after Dylan triggers the overtime contingency. Mark finds himself next to Mrs. Selvig at Ricken’s book reading while Irving is alone at his home. Helly is present at the Lumon gala, and her real name is revealed to be Helena Eagan. Mark realizes that he is close with his sister, Devon, and tries to talk with her. 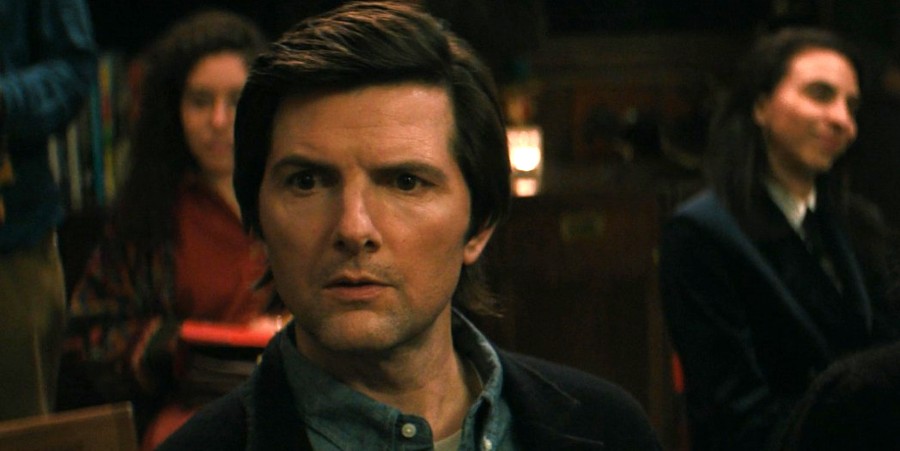 Meanwhile, Irving finds an old trunk in his closet, which contains a navy uniform that belongs to his dad. He also finds Burt’s address and a map with directions to Burt’s home. At the book reading, Mark tries to reveal the truth about Lumon to Devon, but she is preoccupied with taking care of her baby. Soon, the book reading starts, and Mark is forced to postpone his conversation with Devon. At the Lumon gala, Helly realizes that her Outie belongs to the Eagan family. Her life on the severed floor has been turned into a documentary promoting the severance process and its merits.

During a break in the book reading, Mark addresses Mrs. Selvig as Ms. Cobel alerting her that the Overtime Contingency has been triggered. Mark speaks with Devon, and Ms. Cobel rushes to the Lumon office to stop the Innies from revealing Lumon’s secrets. She tries to contact Mr. Milchick but is unable to reach him. On the other hand, Mark learns about his life outside Lumon, and Devon reveals that Mark was devastated after the death of his wife, Gemma. Therefore, he underwent Severance and joined Lumon Industries. In the end, Mark, Helly, and Irving each attempt to free themselves of their misery at the shady corporation as Ms. Cobel makes a desperate ploy to stop them.

Severance Finale Ending: What Does Mark Learn About His Wife?

In the ninth episode, Mark’s Innie finally awakens outside Lumon and tries to share his situation with his sister. After numerous obstacles, Mark finally finds a quiet moment with Devon. However, instead of discussing Lumon, Mark takes the time to learn about his Outie’s life and his decision to undergo Severance. Later, Mark reveals that something shady is going on at Lumon and asks for Devon’s help to uncover the conspiracy. However, the siblings’ conversation is cut short when Devon realizes that Mrs. Selvig is Mark’s boss. Devon panics because she has handed over the baby to Mrs. Selvig.

While searching for the baby, Mark finds a picture from his wedding with gemma. Mark realizes that Gemma is Ms. Casey and is still alive. Meanwhile, Mr. Milchick learns about the Innies’ actions and arrives at the security room to stop Dylan. As Mark races to tell the truth to Devon, Mr. Milchick tackles Dylan to the ground, thereby shutting down the Overtime Contingency. The episode ends without revealing the aftermath of Overtime Contingency being shut down. Therefore, it appears that Mark missed his chance to share the truth about his wife with his Outie. However, when Mr. Milchick triggers the Overtime Contingency to speak with Dylan’s Innie in the sixth episode, Dylan’s Innie retains the knowledge about his son. Therefore, Mark’s Outie may retain the recently discovered truth about Gemma.

What Does Irving Learn About Burt?

Over the first season of ‘Severance,’ Irving meets Burt of the Optics & Design department. Eventually, they fall in love with each other but are separated after Burt retires. Irving’s Innie resolves to reunite with Burt and uses his time in the outside world to track down Burt. Irving finds Burt’s address and heads to his home. However, when he arrives at Burt’s home, he sees Burt happily living his life with another man. 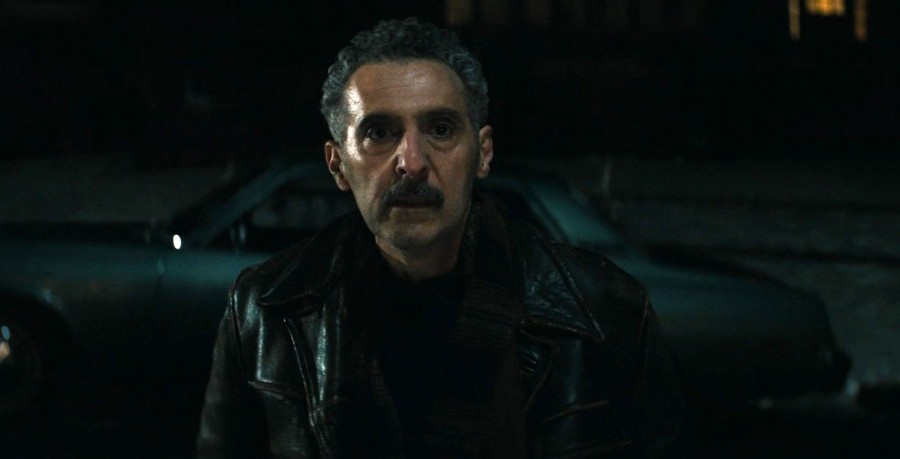 Despite the heartbreaking moment, Irving feels that Burt is the only person he can trust with the truth about Lumon. Therefore, he proceeds to knock on Burt’s door. However, the Overtime Contingency is shut down before Irving and Burt can reunite, leaving the aftermath unknown. Irving will likely reunite with Burt but in his Outie form. Therefore, it remains to be seen how the two will interact with each other without knowing about their interactions within Lumon.

What Does Helly Learn About Lumon?

One of the most tantalizing reveals of the finale is that Helly’s real name is Helena Eagan, and she is a member of the Eagan family, the founders, and owners of Lumon Industries. Until now, viewers had a hint of Mark, Irving, and Dylan’s lives outside the shady corporation. However, viewers first get a glimpse of Helly’s outside life at the Lumon gala. After learning the truth about her Outie, Helly grows more determined to expose Lumon. Despite not having anyone she can trust and her family itself being the culprits, Helly decides to speak out against Lumon at the gala.

However, right before Helly can step on the stage, Ms. Cobel arrives on the scene and warns Helly that her actions will have dire repercussions for Helly and her friends. Nonetheless, Helly goes on the stage and expresses that the Innies are miserable, and Lumon is lying about the severance process. However, her speech is cut short as the Overtime Contingency is turned off. Therefore, Ms. Cobel ultimately succeeds in stopping Helly. Although Helly’s brief speech could cause a stir among the gala attendants, it can easily be masked as a PR stunt. Therefore, it seems like Helly and the MDR team’s efforts are in vain. In the end, uncertainty looms over the futures of Mark, Helly, Irving, and Dylan, as Lumon is likely to take strict actions against its employees.