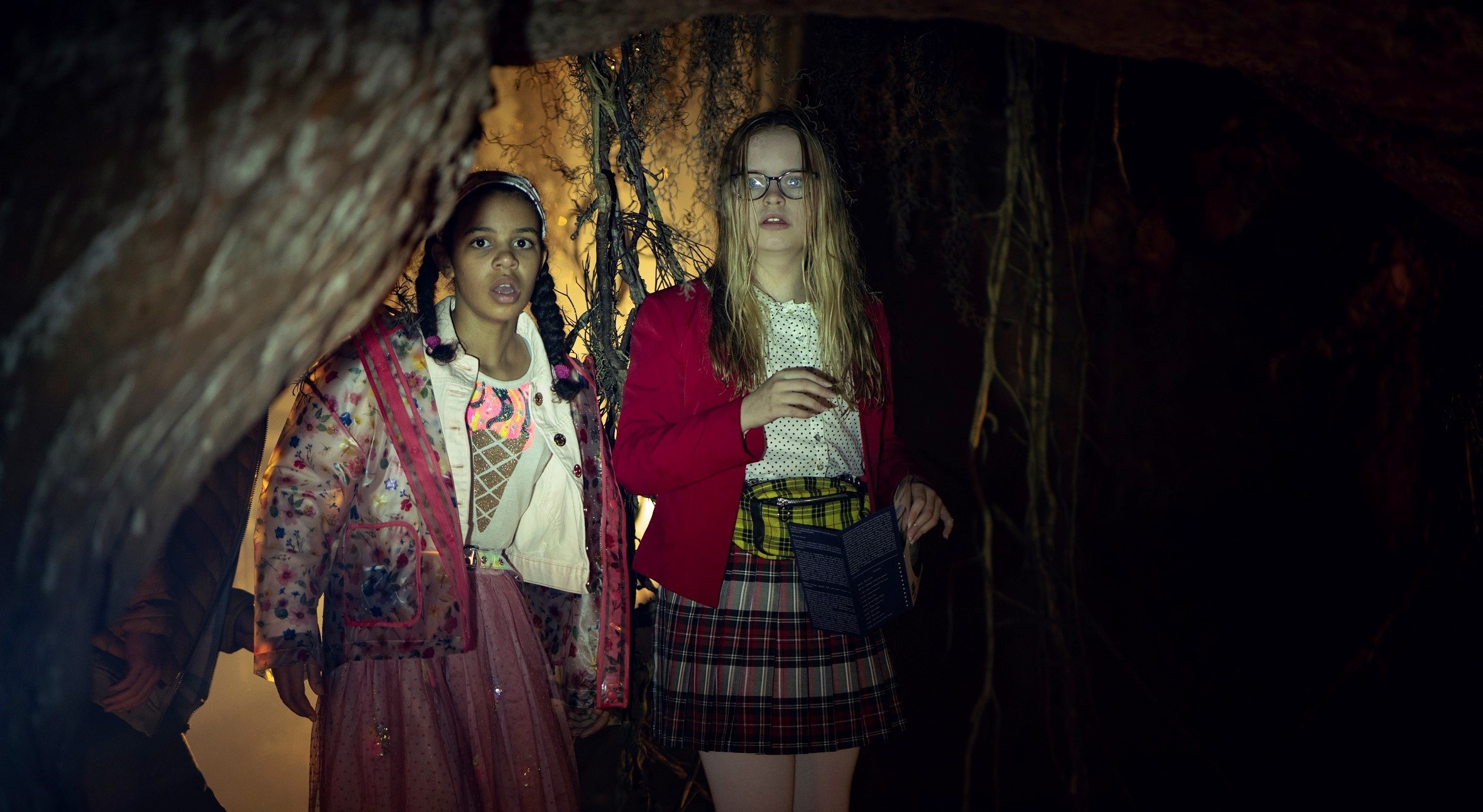 ‘The Last Bus’ is a teen adventure series. It is created and written by Paul Neafcy, who is known for projects like ‘Jack and Dean of All Trades’ and ‘The Amelia Gething Complex.’ The series follows a group of students from Braelawn Academy who attend an event where billionaire Dalton Monkhouse (Robert Sheehan) is supposed to launch a new technology. Their anticipation turns to horror as Monkhouse unleashes his squad of A.I. genie orbs, seemingly killing billions of people around the world.

Now, the survivors realize that they have to work together if they want to continue living and save the world. If you have watched ‘The Last Bus’ and loved it, here is a list of recommendations for series that might be to your liking. You can watch most of these shows similar to ‘The Last Bus’ on Netflix, Hulu, or Amazon Prime.

‘Runaways‘ or ‘Marvel’s Runaways’ revolves around a group of friends who drifted apart following a tragedy. One of them – Alex – tries to bring them all together by arranging a gathering on the evening their parents are supposed to meet. However, after watching them sacrifice a young girl on an altar, they discover that their parents are part of a criminal organization called Pride. While ‘Runaways’ has a much darker tone than ‘The Last Bus,’ the narratives of both shows begin with a horrible action performed by parental or inspirational figures.

Like ‘The Last Bus,’ ‘Cobra Kai’ is a love letter to a bygone era. The latter is the continuation of ‘The Karate Kid’ films. When the series begins, 34 years have passed since Daniel LaRusso defeated Johnny Lawrence in the 1984 All-Valley Karate Tournament, and life has been unkind to the latter. The old karate rivalry starts to heat up again when Johnny decides to reopen the eponymous dojo. ‘The Karate Kid’ is one of those movies with a timeless appeal despite quintessentially belonging to the era of its release, and ‘Cobra Kai’ has managed to continue that legacy.

Both ‘The Last Bus’ and ‘Scaredy Cats’ are teeming with optimism and hopefulness. There is also a sense of earnestness in how these two shows approach storytelling. ‘Scaredy Cats’ tells the tale of a young girl named Willa Ward, who gets a magical amulet on her 12th birthday as an inheritance from her mother. After discovering the truth about the amulet, Willa gradually becomes a witch. When evil witches Wilma and Wanda come looking for the amulet, Willa teams up with her best friends Scout and Lucy.

As with ‘Cobra Kai,’ ‘Stranger Things’ is a treasure trove of nostalgia. The story takes place in the 1980s in the fictional Indiana town of Hawkins. After a young girl with psychokinetic abilities called Eleven flees from a secret governmental paranormal and supernatural research facility, she meets several local young youths and befriends them.

Besides performing human experiments, it is revealed that the government has accidentally created a doorway to an alternate dimension called Upside Down. A creature from Upside Down captures Will, who is a friend of Eleven’s new acquaintances. Even though ‘The Last Bus’ is set in modern times, it still radiates the earnestness that we find in ‘Stranger Things.’

Based on the eponymous comic book series, ‘The Umbrella Academy’ tells the story of seven people with individual superpowers. Both ‘The Last Bus’ and ‘The Umbrella Academy’ have groups of misfits serving as the protagonists. These two groups are almost equally dysfunctional. Moreover, like in ‘The Last Bus,’ the actions of a brilliant and eccentric billionaire with a god complex start the narrative in ‘The Umbrella Academy.’ Sir Reginald Hargreeves or The Monocle may not be as comical as Monkhouse, but he definitely shares the other man’s ingenuity and drive.

‘The Apple TV+ science fiction series ‘Invasion’ is a composite of multiple storylines, all of which take place against the backdrop of an alien invasion. Caspar Morrow is the central character of one of those stories. Like the survivors of ‘The Last Bus,’ Casper and his classmates find themselves confronting an apocalypse while being out on a school excursion. When they finally return home, their family members are gone. However, in ‘Invasion,’ the loss is much more permanent. Monkhouse simply places Earth’s population in stasis, whereas the invading aliens opt for a more disturbing solution.

In ‘Utopia,’ the fans of the graphic novel ‘The Utopia Experiments’ think that it correctly predicted several pandemics. There are rumors about an unpublished sequel book that is supposed to predict future diseases. Ian, Becky, Wilson, and Grant are four friends who end up possessing the manuscript of the sequel, and all hell breaks loose. They soon discover that they are being targeted by a mysterious organization called The Network and meet a girl named Jessica, who might prove to be their salvation.

Like ‘The Last Bus’ and ‘The Umbrella Academy,’ ‘Utopia’ has a billionaire with a god complex. Conran Letts, the CEO of Corvadt Ltd., initially seems to be the man in charge of The Network. However, the reality is later proven to be something else.

Read More: The Last Bus Ending, Explained: Who Is Lucy?