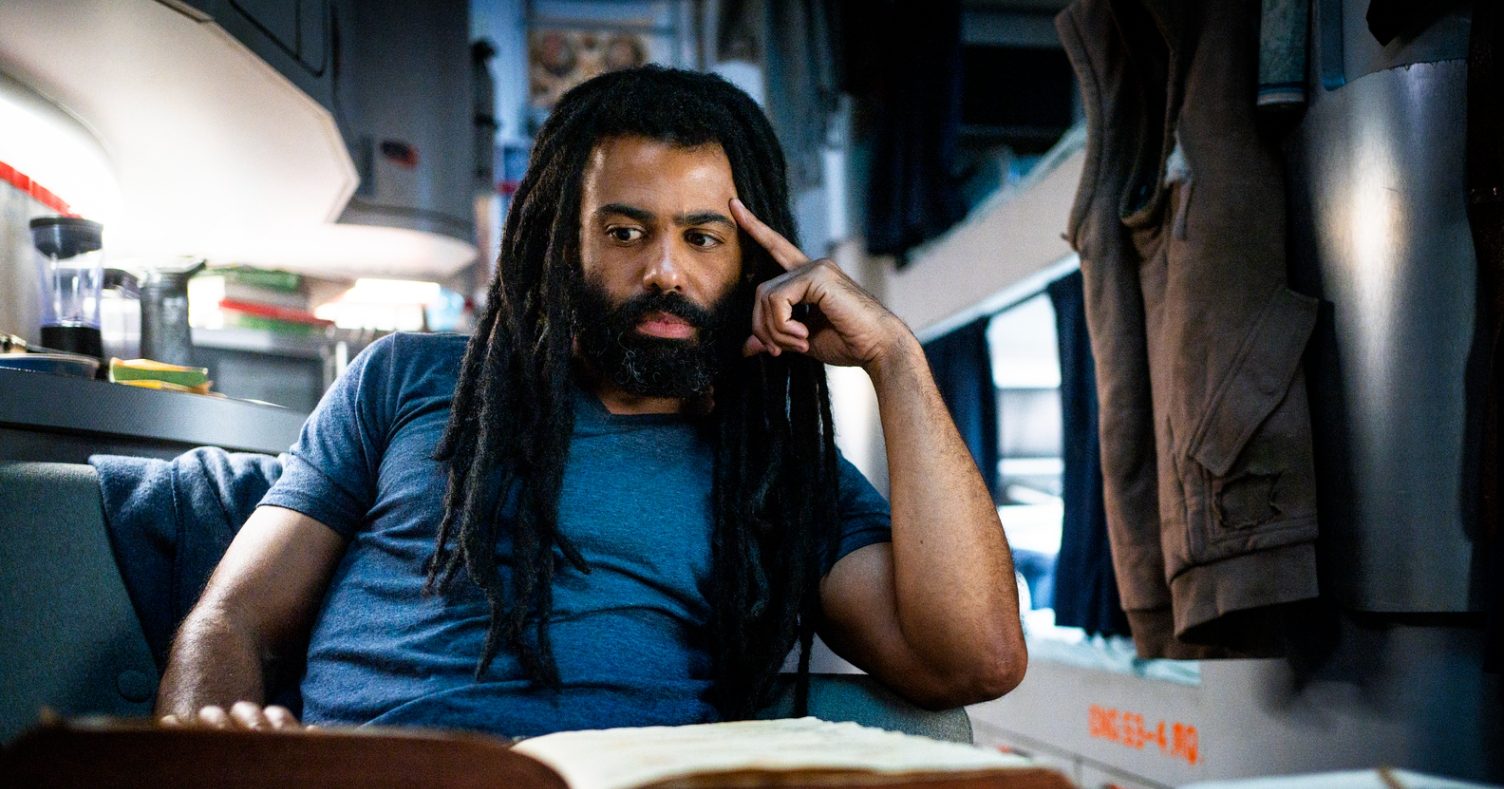 After exposing Layton’s lie, Melanie tries to convince Layton’s allies to join her in the finale episode of TNT’s post-apocalyptic series ‘Snowpiercer’ season 3. The engineer tells Ruth and Alex that she had to expose Layton for the safety of the passengers. Both of them arrange a meeting between Melanie and Layton to discuss the affair. Meanwhile, Wilford tries to establish his authority in the train upon escaping from the prison. Intrigued by the astounding developments the episode’s ending offers, we have taken a detailed look at everything you need to know about the same. Let us share our thoughts! SPOILERS AHEAD.

The third season finale of ‘Snowpiercer,’ titled ‘The Original Sinners,’ begins with Wilford forming an army to fight Layton and regain control of the Snowpiercer. Melanie goes to see Ruth and asks her to join her, leaving the latter conflicted about the predicament. Melanie and Layton meet to reach a truce but they fail to find the middle ground. Layton and Josie seek the support of the Tail for the impending battle to gain control of the Snowpiercer to continue their journey to New Eden. Layton’s words inspire the Tailies and they get armed to fight for their messiah.

Melanie meets Wilford to join forces as Layton proclaims his readiness to fight a battle. They ask Roche to join them and fight against Layton. When Roche gives an ultimatum to Layton, he realizes that he cannot stand more bloodshed. He talks to Melanie and makes her understand that any battle between them will only favor Wilford and help him become the tyrant of the train again. Using Zarah, Layton and Melanie trick Wilford and force him to leave the Snowpiercer in the same small rail car Melanie survived with suspension drugs. Realizing that there isn’t anything he can do, he accepts his fate and leaves the train.

After eliminating Wilford as a threat, Layton and Melanie reach a compromise. They decide to divide the Snowpiercer into two separate trains — one for Layton to lead to New Eden and the other one for Melanie to stay on the main rail track. Together, they ask the passengers to choose a train for their future ahead. Alex, Ruth, Javi, Josie, Roche, and other allies join Layton for New Eden while Ben, Bess, Miss Audrey, and Miles join Melanie to stay on the main track.

Yes, Layton and his followers reach New Eden. Even when Melanie invalidates her data regarding the Arabian warm spot, Layton decides to not back away from the hope that drove him forward. For the people who trusted him, his allies, and most importantly for his daughter and the next generation, Layton resolutely demands a way to reach New Eden when Melanie meets him. Together, they decide to divide the train so that Layton can fulfill his aspiration. After separating from Melanie and her group, Layton excitedly looks forward to arriving in New Eden, only to face severe obstacles.

As Melanie informed Layton and Alex, the railway track to New Eden fails to completely withstand the train. When the train enters rougher terrain, the cars start to shake, leading Layton to worry about derailing before reaching the destination he has been looking forward to for days. Before he can calm his nerves, the train enters a bridge, causing severe alarm. The cars start to slightly derail, irrespective of Javi and Alex’s efforts to keep the train on track. After much effort, they avoid a calamity as the train successfully passes the bridge. They arrive in New Eden by the time the train stops its run due to the rough terrain.

After arriving in New Eden, Alex, Javi, and Layton read the temperature of the region and find out that New Eden is indeed warm. For the first time after the freeze, human beings step out of the train without a cold-resistant suit and cherish sunlight and melted water. Even though the region doesn’t have trees and grass as Layton saw in his visions, New Eden is warm enough to indicate that life can exist in the region in due time. Currently, the warm spot is nothing but a melting icescape, likely without any life.

If the temperature of New Eden continues to rise, Layton and his followers may succeed in reproducing life using the resources they have on the train. Since Mrs. Headwood is one of the individuals who take part in the New Eden expedition, the scientist’s knowledge may help Layton proceed with the colonizing of the region. Till then, they may need to depend on the food and other supplies they have stored in the train cars.

What is the Explosion Melanie Sees in the Sky? Who is Behind it?

Three months after Layton and his followers’ arrival in New Eden, Melanie witnesses an explosion in the sky. She looks at the smoke intriguingly, possibly wondering about the mystery behind the explosion. Apart from Melanie and the passengers of her train, the only known survivors left in the world are Wilford and Layton and his followers. Since Wilford is limited to a small rail car filled with suspension drugs, the only way he can be involved in the explosion is by getting out of the rail car, possibly with the help of other anonymous survivors.

Like Layton’s encounter with Asha, Wilford may have encountered an individual or a group of individuals, who helped him get out of the car to plot the explosion to attract Melanie towards him. Such a possibility also explains how Wilford can return to the Snowpiercer. Although Wilford finding such anonymous help is unlikely, Asha’s survival teaches us that anything is possible for humankind.

Read More: Will Wilford Die? Will Sean Bean Be in Snowpiercer Season 4?